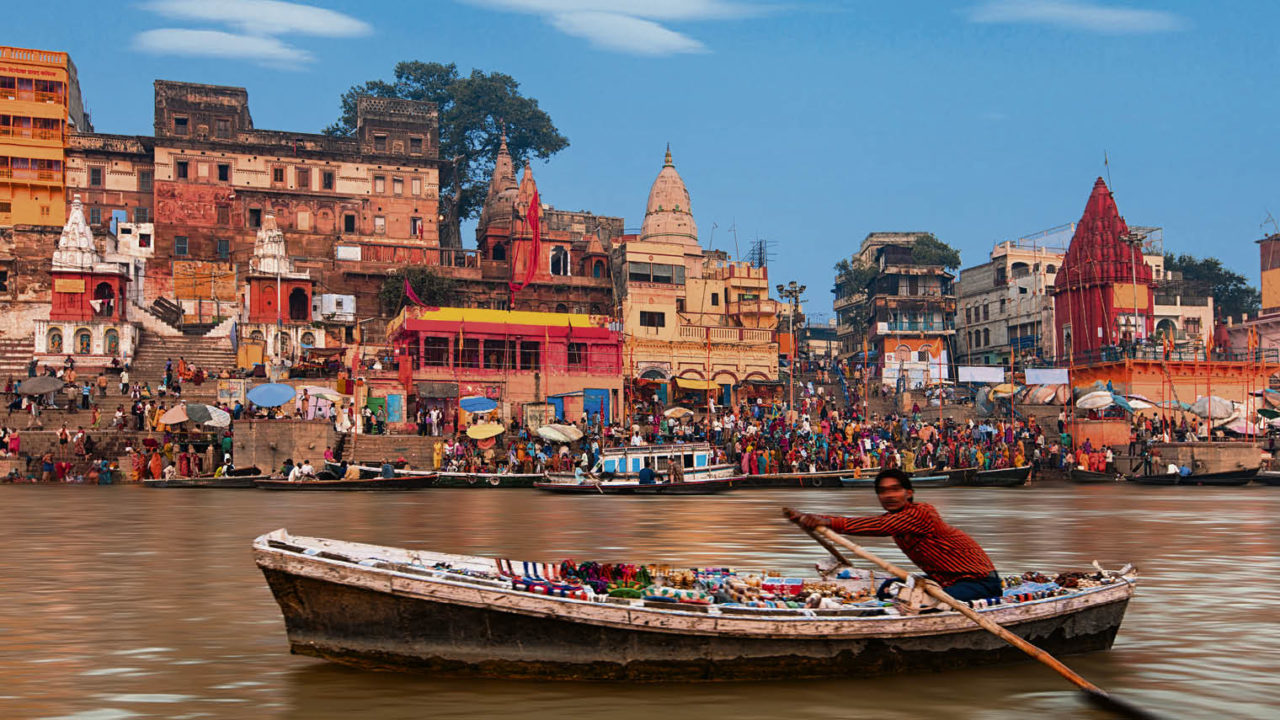 The River Ganges in India is the most precious of rivers to Hindus. Believed to be an extension of God, the water is so sacred that no Hindu dares to lie or be deceitful when holding Ganges water in hand.

Hence it is most famous as a place for retirement or cremation. Dr B. D. Tripathi, an environmental and water pollution expert at Banaras Hindu University, estimates 32,000 human corpses are cremated there each year with up to 300 tonnes of half-burnt human flesh released into the water.

There is belief that Ganges water can break samsara (the cycle of wandering) and earn you moksha (eternal liberation), turning death into a positive event. How positive it is for those still alive, on the other hand, is questionable. 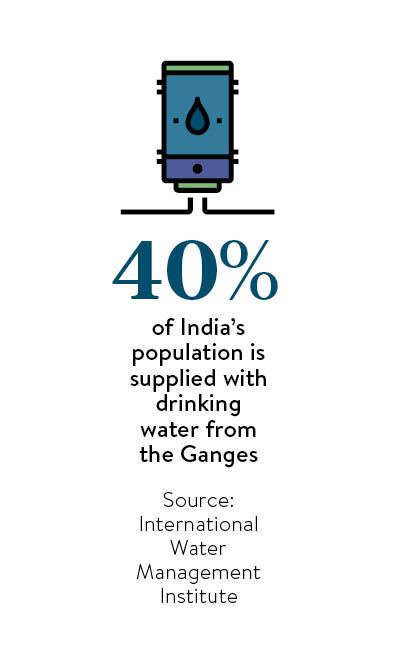 Combining reverence with pre-election gambit, devout Hindi and India’s prime minister Narendra Modi said: “It is my destiny to serve Maa Ganga.” Aptly called this – maa being mother – the Ganges has nurtured the rise of Indian civilisation.

Originating from the Gangotri glacier at Gaumukh in the Indian Himalayas at 4,100m above sea level, the Ganges flows 2,525km across northern India before meeting the Bay of Bengal in east India and Bangladesh.

As a water source, the International Water Management Institute says the Ganges supplies water for drinking, bathing, laundry, agricultural irrigation and energy production to more than 40 per cent of India’s population, a staggering 500 million people.

The irony is, despite the Ganges being regarded as hallowed used for deliverance from sin and attainment of nirvana, many use it as a dumping site without compunction. And so, along certain parts, the river is fetid.

Heavy metals such as chromium, mercury and lead make up the thick soup of untreated toxic waste that typically pour in from hospitals, chemical plants, hospitals, textile mills and distilleries seated along its banks.

Floating ingredients such as faeces, human and animal rotting flesh, and modern plastics add to the 2,723 million litres of sewage pumped into the Ganges’ tributaries on a daily basis, as measured by the Central Pollution Control Board. The general rule of thumb is the more downstream the river, the more acrid the water.

Some 32,000 human corpses are cremated there each year with up to 300 tonnes of half-burnt human flesh released into the water

According to the India Brand Equity Foundation, India’s leather industry accounted for 12.9 per cent of the world’s leather production in 2015-2016. Kanpur, which lies midway between New Delhi and tourism hotspot Varanasi, is the centre of this vast industry.

Although a vital and intensive sector for growth and export, its pollution-intensive processes rely on cheap labour, with many workers living and working under extremely poor conditions.

A study conducted by National Geographic in 2013 showed that tanneries were pumping out approximately 79 million gallons of contaminated water into the Ganges a day.

At the best of times, when there are no power outages, as northern India’s electricity infrastructure is notoriously unreliable, only a portion of tannery effluent is recycled or treated while the rest drains into the river.

Further downstream in chaotic Varanasi, where high faecal coliform levels and other vast quantities of contaminants merge with the putrid flow from upstream, measurements of the levels of dissolved oxygen in the river water are as low as zero.

The river has breathed new forms of life recently though, in the form of unwelcome bacteria. In 2008, two water-borne superbugs in New Delhi, NDM-1 and NDM-4 – NDM is short for New Delhi metallo-beta-lactamase – were discovered. So alarming was their rapid spread, more than any other type of antibiotic resistance across the globe, a warning was sparked by the World Health Organization, albeit two years later.

Commonly inhabiting the bowel, the only route it can enter the water is through faecal contamination, according to biochemist Professor T.R. Sreekrishnan of the Indian Institute of Technology.

“If you do not properly treat the waste before it is discharged into the rivers, you are not only contaminating the water, you are also assisting the proliferation of antibiotic resistance,” says Professor Sreekrishnan.

In India, 58,000 thousand infants are known to die each year from infectious diseases made resistant to antibiotics. By 2050, antimicrobial resistance could cost ten million lives globally a year, according to the Review on Antimicrobial Resistance, commissioned by the UK government. 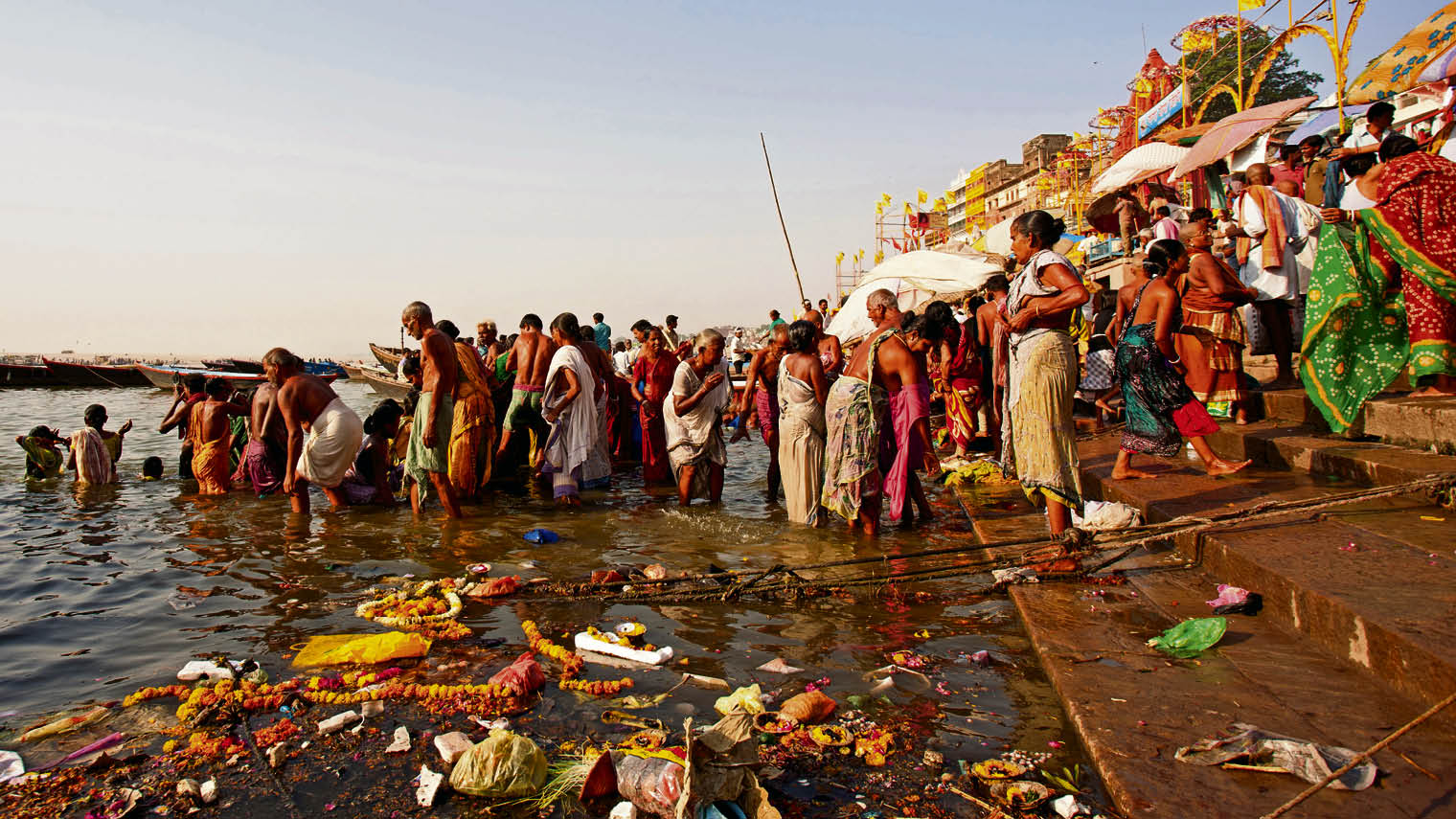 But not all is dire. Prime minister Modi has promised a clean-up of the river by October 2019, in time for the 150th anniversary of Mahatma Ghandi’s birth.

Entry-level activities planned by the Ministry of Water Resources include works such as repair, modernisation and provision of public amenities, treatment of directly discharging drains in villages along the river, and repair, renovation and construction of crematoria.

Mr Modi also intends to ensure there are toilets in every school throughout India, as well as deploying improvised wood-based cremation platforms, advanced trash-skimming machines for removal of floating solid wastes, bio-toilets and bioremediation-based sewage treatment in rural areas.

International efforts are underway too. Ben Piper, technical director at consultancy Atkins, says the UK can play a role. He cites the UK Water Partnership and the development of the India-UK Water Centre to exchange knowledge on governance and regulation, science and innovation.

“The crucial thing is governance, regulation and the setting up of water quality standards,” says Mr Piper. “How you regulate municipalities and industries to make sure their infrastructure is working properly is key.”

A scoping study to provide strategic direction on how to deliver water security benefits to India is currently being conducted by the UK’s Department for Environment, Food and Rural Affairs.

Mother Ganges is sick and it could take some time for her to return to good health.