The decision to litigate or not can be a tough one. The merits of a case form only part of the deliberation. A potential claimant may lack the funds and thus be denied justice. Or they may possess the necessary resources, but regard the risk as too great.

Losing can be costly. High-profile cases, such as the action against RBS in which Herbert Smith Freehills increased its estimated fees from £42 million to more than £91 million, can provoke doubts in even the most confident claimants.

But now litigation funding is a recent development in English law, hailed as a solution to the obstacles facing worthy claimants.

Third-party investors fund the case on behalf of the claimant, either in whole or in part. If the claim is upheld, the funders take a share in the success. If the claim fails, the funders lose their investment and may be liable to pay a share of the defendant’s costs. The model offers a route to justice for claimants too poorly funded or risk averse to pursue a claim.

The impact has been significant. Lord Neuberger, president of the Supreme Court, cites third-party funding as one of the three revolutionary forces in law in the last decade, along with conditional fee arrangements and damage based agreements. In 2013, he stressed his support for the model, stating bluntly: “Where significant groups of citizens are financially unable to gain such access to justice, one of the most important means by which inclusive societies prosper is missing or at best weakened.”

It’s not just the UK which is benefiting from the innovation. Multiple international jurisdictions are opening up to third-party funding and the results have been extremely encouraging. Australia led the way, and France, the Netherlands, Jersey and the United States are promoting the model as a vital route to dispute resolution. 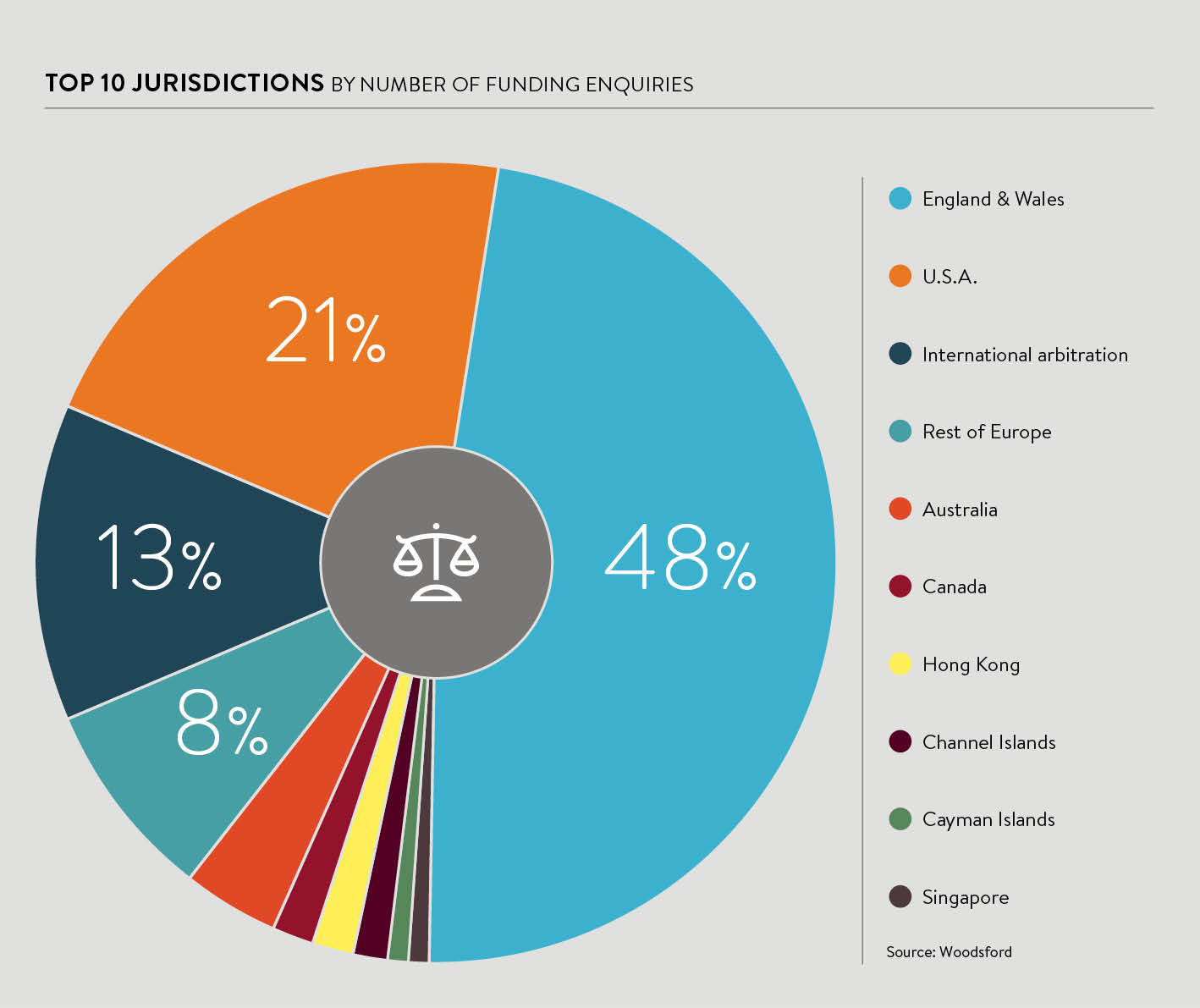 In just a few years the sector has gone from new to normal. A report by Freshfields on international arbitration remarked: “Alternative funding is here to stay and not just for small or cash-strapped claimants. Already this year we have seen news of an arrangement to provide litigation funding to a FTSE 20 company. This reflects our own experience of handling funded claims – even large corporations are looking to third-party funding as a form of cash flow management. In 2016 we expect third-party funding to continue to move into the mainstream.”

Part of the reason is the versatility of the model. Woodsford Litigation Funding, a pioneer in the sector and founder member of the Association of Litigation Funders, offers a basic access to justice model covering lawyers’ fees and disbursements.

But it also offers nine other funding products. These include adverse costs risks protection, which gives claimants a contractual indemnity for costs in the event of an unsuccessful claim, or funding for an after-the-event insurance premium.

The merits of a case can be assessed as a standalone service from Woodsford. Its team of lawyers with many years of high-value litigation and arbitration experience, plus extensive network of contacts among lawyers, financial consultants, expert witnesses and arbitrators, can shed light on the most complex cases. If needed, Woodsford can introduce claimants to the right professionals to handle the case.

We are a profit-making enterprise, but access to justice sits at the bedrock of what we do and is a principle ingrained in our business

Class actions can be undertaken. Claimants and their lawyers can access funding in a variety of ways, including cash-flow funding and financing for portfolios of cases. Even traditional loans are negotiable.

Steven Friel, chief investment officer of Woodsford, says: “We are only six years old, but already we are well established in several domestic and international markets, funding cases across the UK, continental Europe, the US, Australia and beyond. We fund any type of high-value litigation or arbitration.”

Woodsford can produce a long list of worthy victories, including helping a divorcing wife gain her rightful share of marital assets from a husband keen to shift assets away from her, a case against trustees mismanaging funds on behalf of the beneficiaries and support for a small European energy consultant with a $12-million claim hit with a $80-million tactical counterclaim. In each case the claimant would have been unable or unwilling to proceed and would therefore have lost out without third-party help.

Crucially, the ethos of many investors is more than purely financial. As Mr Friel comments: “We are a profit-making enterprise, but access to justice sits at the bedrock of what we do and is a principle ingrained in our business by our chairman Yves Bonavero, who pursues access to justice and human rights interests in other ventures.”

He refers to the Bonavero Institute of Human Rights at Oxford University, an initiative founded by Woodsford’s Mr Bonavero and led by Baroness Helena Kennedy, a well-known champion of civil liberties and human rights. The institute aims to produce and deploy academic research to support the pursuit of justice worldwide.

This attitude has won over doubters. Certainly the fears that third-party funding would provoke a rash of spurious claims have proven false. Funders have no desire to back poor causes, not when their cash is at stake. As Lady Justice Gloster remarked when dismissing such concerns in 2014: “After all, the aim of professional litigation funders is to make a profit out of the litigation, not a loss; they don’t want to lose their money, let alone be saddled with a third-party costs order against them.”

Claimants deserve justice no matter what their ability to pay or their appetite for litigation risk. Third-party funding has proved itself a critical tool for wronged parties to take action. It is easy to see why claimants, lawyers and judges are so enthusiastic in their support for it.

To find out more visit woodsfordlitigationfunding.com