Emerging markets have enjoyed a surge of interest in recent years, offering investors exposure to greater levels of growth. However, despite the strong returns on offer, some remain nervous about the strength of currencies, particularly as the US Federal Reserve adopts a more aggressive rate-hiking regime.

America’s central bank has already begun raising rates in 2017, in March and June, and analysts are anticipating further increases in the months ahead.

Indeed, currencies in emerging markets have fallen more recently against the dollar as the prospect of rising rates has become a reality.

Currencies have declined as central banks in emerging markets have not mirrored the Fed’s rate-hiking agenda. 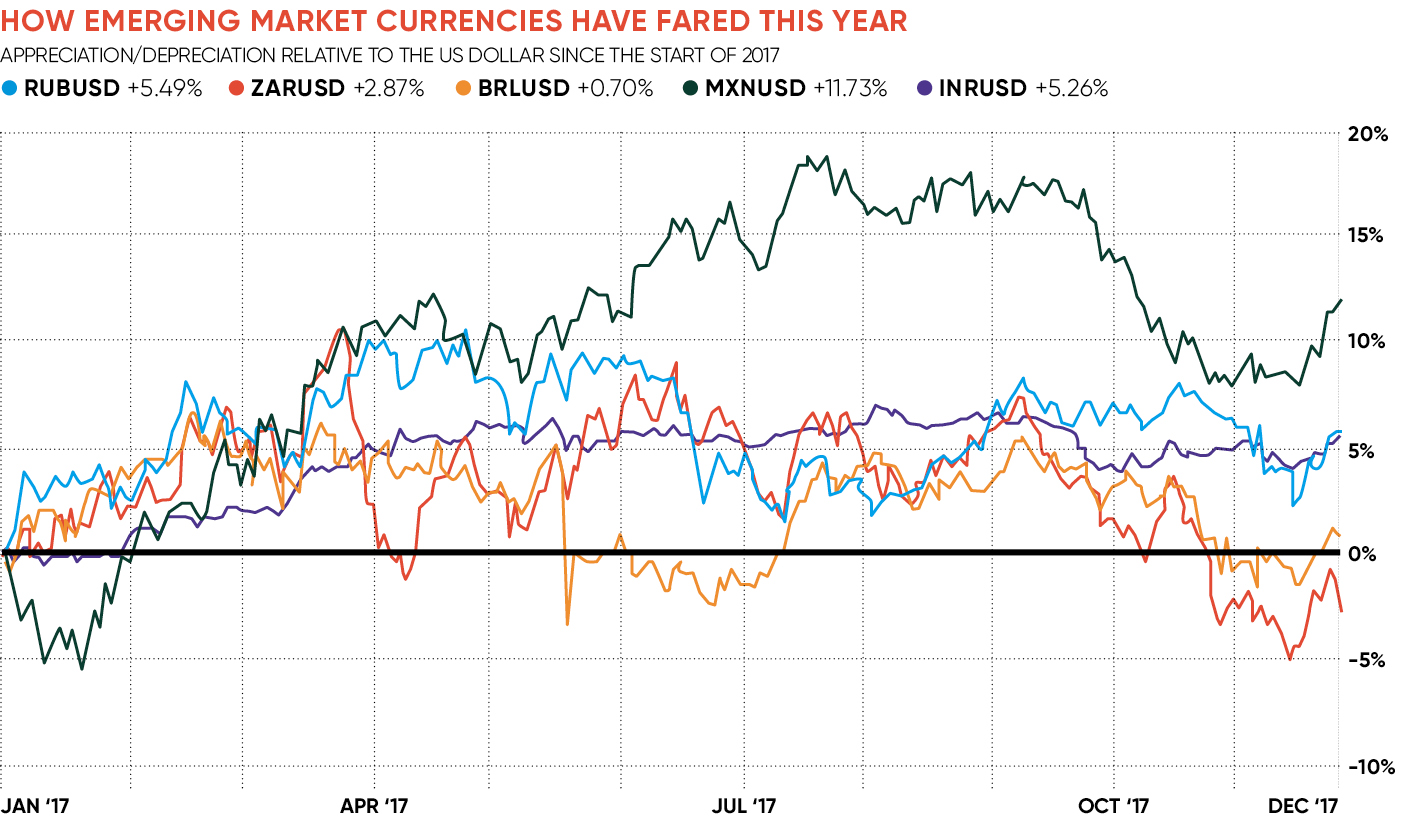 “Tightening of the rate cycle in the US is anticipated and this will weigh heavily on those [emerging] nations reliant on US-denominated debt,” he explains.

“In many territories, this will be compounded by elections next year. Brazil, Colombia and Mexico all have elections scheduled for 2018, and a further two elections in South Africa and Turkey loom on the horizon for 2019.

“Elections always bring a measure of uncertainty to any nation’s currency, but in emerging markets this additional wild card adds further pressure due to their current precarious position in relation to US policy regarding interest rates.”

Emerging market currency traders only have to go back a few years to recall the impact of a previous shift in central bank policy, as the so-called “taper tantrum” revealed in 2013.

Then, the Fed reduced the amount of support for markets through its quantitative easing programme, spooking investors and causing outflows from emerging market assets, causing currencies to fall.

However, things might be different this time for several reasons. Commodity prices have recovered after a difficult few years for resources broadly. This has been welcome news for many of the resource-rich emerging market economies.

“Emerging market currencies are supported not only by favourable local fundamentals, but also a macro and policy backdrop in developed markets,” he explains.

Indeed, Mr de Longis says bouyant risk appetite, outperforming risk assets and low market volatility had created an “extremely positive” environment for the carry trade in which emerging market currencies offer some of the best yields given the low-rate environment in the developed world.

Additionally, some traders have come to believe that the link between emerging market currencies may no longer be as relevant as it once was.

“The rally in emerging market FX since early-2016 does not reflect a breakdown in the sensitivity of emerging markets to US rates,” says Mr Hurd. “Rather, we believe it reflects a decrease in US rate expectations alongside an improving global economic recovery.

“Because we expect that global monetary policy will remain ultra-loose, even though US rates will increase gradually, and the global growth recovery will continue, the emerging market FX outlook remains attractive for 2018.

“We do not expect the stellar uptrend since 2016, but emerging market FX should remain well supported while offering moderately higher yields.”