An unambiguous and workable contract, which enables a supplier to deliver on their promises, is an essential link in any successful supply chain

Any successful business relationship is the result of negotiation between one party in need of products or services and another looking to supply them, with the outcome usually represented in some form of legally binding contract.

The exact nature of both the negotiation and the contract will depend on just what is being bought and how important it is to the buying organisation, but there are a range of elements which might need to be thought about.

Price is clearly an important constituent, particularly in cases where items can be sourced from a range of suppliers. “Leveraging buying power to secure the lowest price in a marketplace is entirely valid for many scenarios, for example when buying generic, non-differentiated products or services from competitive markets where there are many providers and it is easy to switch,” says Jonathan O’Brien, chief executive of Positive Purchasing.

Where there are fewer suppliers or capacity is limited, however, price becomes less of a factor, he adds, and can even result in situations where buyers have to compete to make themselves attractive to the supplier. “This could be by promising additional business, paying promptly or investing in relationship building,” he says.

When it comes to negotiating around cost, it’s a good idea to never reveal your budget upfront, advises Kevin McLoughlin, director of procurement at Opus Energy. “If you confirm you have £x to spend, you shouldn’t be surprised to receive bids, offers and quotes slightly higher than that,” he says. “In rare cases, a supplier may legitimately need to know how much you’re prepared to spend and in these circumstances a range of scenarios should be presented.”

Online auctions can be a useful way of finding the lowest price a market can offer, Mr McLoughlin adds, although he also warns this can run the risk of suppliers having to cut corners to meet the price they have offered.

Price, however, is by no means the only element that should be reflected in a negotiation or contract. It’s also important to be clear about service levels, particularly around quality of products and services as well as distribution requirements, says Martin Hudson, head of procurement at Pelican Procurement Services.

“Clauses must be included in the contract to protect the client in case of product supply issues,” he says. “For example, if the supplier has not forecast correctly and runs out of stock,
a substitute product must be provided of the same or better quality at the agreed contract price.”

Contract length and scale are important too and buying organisations need to be sure they do not restrict the market. “Markets can be diverse and what is attractive to one supplier may be a no-go to another,” says Simon Whalley, senior manager in Deloitte’s supply chain team. “For example, longer, larger-value contracts are generally more attractive to suppliers. However, larger contracts can limit the market, as they require services and scale beyond some niche suppliers. A buyer should invest the time to understand the market so as to get the best deal from it.” 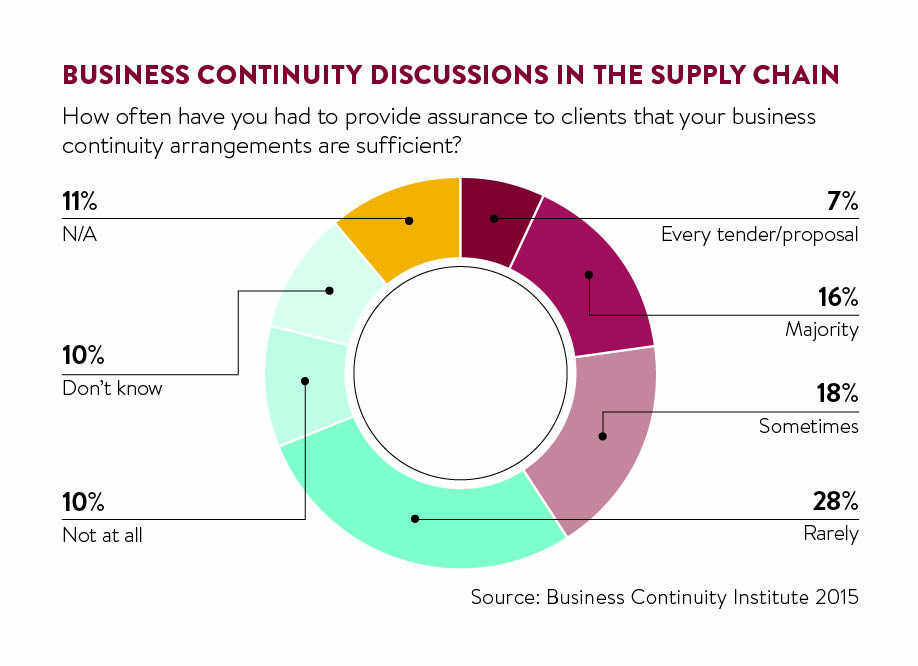 Most contracts now include clauses about sustainability and making sure goods are sourced in a responsible manner. “We’re seeing a real shift in what is a considered a contractually good-quality product,” says Nigel Stansfield, chief supply chain officer at carpet tile manufacturer Interface. “Solid sustainability credentials are no longer a nice-to-have, but a necessity. In fact, it’s likely we’ll see official regulations and guidelines established for this in the near future.”

This is especially the case where items are being sourced overseas from low-cost countries in particular. Here, discussions and contracts need to tackle the issue of working conditions, including forced labour following the introduction of the Modern Slavery Act in 2015.

“It is not enough to include an anti-slavery clause within a commercial contract,” says Jayne Hussey, partner at law firm Mills & Reeve. “Factory visits at the start of a relationship and regularly thereafter are essential to ensuring a low-risk supply chain. These should be conducted both overseas and in the UK where particular industries, such as agriculture, can be susceptible to forced labour.” She also suggests, before signing any contract, requesting information from suppliers on how they source their own materials and detect exploitation in their supply chain.

Adapting to culture and circumstance

There can be other challenges associated with negotiating with overseas businesses or subsidiaries of UK firms, including cultural differences. “For example, when dealing with a Chinese supplier, you may think that you are negotiating on price when in actual fact you’re negotiating on quality,” Roy Williams, managing director at Vendigital, points out. “In pushing for an incremental reduction in unit price, the supplier could perceive this as a request to reduce the specification or change the manufacturing process used to make the product.”

Any contract needs to be flexible enough to adapt to changing circumstances, too, says Lucy Larkin, managing director in Accenture’s retail practice. “There are often unplanned events,” she says. “It’s worthwhile looking at this upfront to determine what these might be, and to build a mechanism into the contract that addresses actions and commercials for unplanned situations.” It’s also important there is an exit plan built into the contract, setting out clearly how this would happen in practice, she adds.

Contracts need to give suppliers the flexibility to operate their part of the deal as they see fit, without tying them to onerous service-level agreements. “It’s crucial that goals are aligned between all parties in order to incentivise continuous improvement and co-operation on both sides,” says Henry Stannard, associate partner at OC&C Strategy Consultants. “This is most easily done by rewarding outcomes in contracts rather than simply paying for inputs.” He gives the example of incentivising a facilities management provider to achieve certain levels of cleanliness, rather than specifying the number of times they must clean it.

In fact, contracts should ideally be little more than a guide to what is required from both parties, says Gerard Chick, chief knowledge officer at Optimum Procurement Group. “Many people think a good contract screws the other party down and is something to bash them over the head with,” he says. “A good contract helps both parties meet their obligations and is an instrument to help work through the project or delivery of a good. Smart people understand this and produce contracts that are workable, succinct and clear.”