The construction industry, in general, suffers from a traditional hesitancy to embrace nascent technologies, caused partly because projects take years to plan and complete. Recently, however, progressive construction honchos have begun to harness and realise the potency of tech – whether it’s virtual reality, autonomous drones, artificial intelligence, concrete three-dimensional (3D) printing and much more.

Thanks to incredible tech advancements, great value is generated by optimising efficiency and productivity – at every stage, from planning to construction. Indeed, many within the industry predict that in a decade a building site will look very different. Here follows five of the most game-changing technologies in the construction world. 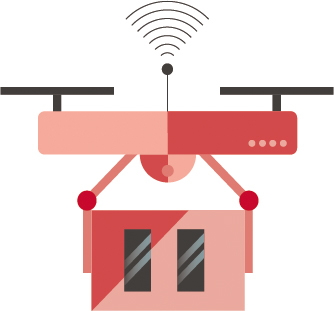 Autonomous drones are being used to map out – sometimes hazardous – construction sites digitally, and providing a higher level of accuracy. Errors cause delays and increase costs, making inexpensive drones a no-brainer, according to Shakti Shaligram of designers seymourpowell. “Drones can drastically improve the speed, accuracy, and safety standards of many parts of the construction cycle,” says the Massachusetts Institute of Technology graduate. “Drones collect data by flying over a site and taking high-resolution photographs. Using photogrammetry, skilled technicians can extract high-quality point clouds and 3D models from the photographs. This results in fewer errors and a reduction in timeline from months to days – even hours, in some cases. With the advent of machine intelligence, drones are becoming smarter and more capable. Real-time obstacle avoidance, gesture recognition and fully automated flight used to be the realm of science fiction, but today they exist on £450 drones.” 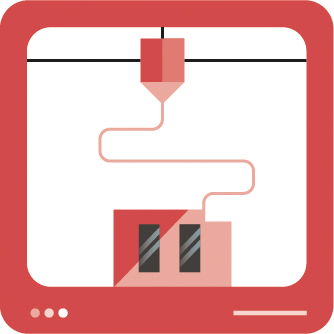 In April, NASA announced it will use more than 100 3D-printed parts to build its Orion spacecraft, which from next year will conduct a series of lunar missions, as well as exploration to other destinations including Mars. On Earth, the first 3D-printed building was completed in December, by Copenhagen-based 3D Printhuset. A gantry-type printer – measuring 8x8x6 metres – was used to create the structural walls of the “building on demand” (BOD). Other BODs have popped up in the months since. David Bloom, a partner at Goldacre, says: “As well as the obvious benefit of reducing construction costs, the use of 3D printing makes it possible to embed wireless sensors into the walls of a property, achieving the full integration of technology and the built environment required for genuinely smart buildings.” 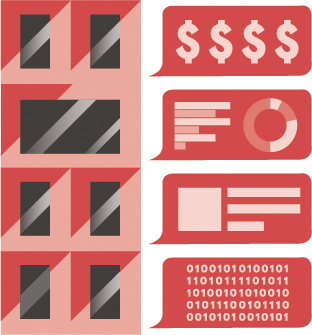 Keeping within budget is a high priority for construction projects of any size, and Building Information Modelling (BIM) – a process involving the generation and management of digital representations of physical and functional characteristics of places – is helping considerably. “Since the United Kingdom government’s BIM initiative was mandated in 2016, the modernisation of the sector is well underway and shaping the future of the industry globally,” posits Jonathan Hunter, chief operating officer of Elecosoft, a digital construction company. “BIM is being adopted by construction contractors, medium-sized building companies and house builders, as it becomes affordable and its benefits are tangible.” There is much more to come. He adds: “The future of BIM construction data will be used to support the predictive and automated maintenance schedules during the building life. For example, by passing BIM data from the build programme through to the operations and maintenance phase of the building lifecycle, the property manager would know where all the services, fixtures and fittings are, together with installation dates, certificates, service intervals and so on, all from the original construction details.” 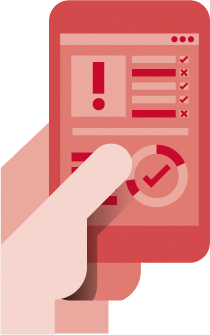 Lee Penson, founder of Penson, the super-innovative commercial architectural firm behind Google’s famous inflatable office space, says: “Technology can make you fly. It will unlock potential and give you freedom, but you have to be committed to it.” He is a big advocate of using smart devices in construction. “Snagging a job – checking a project over for last-minute adjustments and minor faults – can take a large amount of time, but newly developed apps and mobile-based solutions are not only quicker to input information into, but it means a paperless system that ensure no information is lost,” Mr Penson continues. “The information can be read instantly by others elsewhere on the construction site and in the office.” 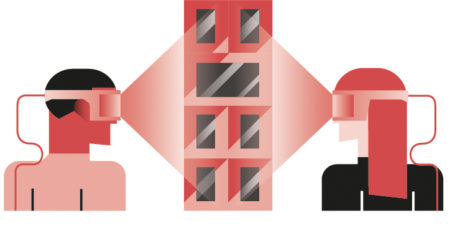 Architects, house buyers, project managers, and other stakeholders are benefitting from the visualisation of constructions that are either in the process of being finished or complete, through virtual reality (VR). Geoff Sutton, chairman of Spinview Global, says: “VR is creating huge opportunities for business transformation in the property and construction world. For example, estate agents can tour multiple properties using VR headsets, and use modelling tech to change colour schemes, designs, and potential refurbishments without visit the site.” David Lewis, a partner at global architecture firm NBBJ, adds: “We have developed our own VR client engagement platform. Stakeholder engagement has always been important, and this technology can solicit feedback from unlimited numbers of users. Because of VR crowd-sourcing design input is a reality, and provides true collaboration and decision making ability throughout the construction process.”