The referendum did not yield the result that the sector wanted with 80 per cent of our members in favour of remaining in the European Union. Post-referendum, the pound crashed, there was talk of job relocations and the potential loss of talent played on the minds of many fintech firms. So was the question of money. How were investors going to react to the growing uncertainty of Brexit?

Not well. During times of uncertainty, capital takes flight and our round up of fintech venture capital funding in the third quarter of 2016 showed a sharp drop in the level of investment in the second and third quarters in the run up to and after the referendum result, leading us to speculate that the imminent separation from Europe had given those with the purse strings a case of the jitters.

Some venture capitalists had even drafted Brexit clauses in their term sheets, whereby investment would only come through if the UK stayed part of the EU. After the referendum, a number of our startup members reported having their term sheets pulled.

However, by the end of 2016, funding began to recover, albeit modestly, with $242 million investment in the fourth quarter of 2016, 67 per cent better than the previous quarter. Eight of the top 20 UK deals in 2016 closed post-referendum, totalling $105 million.

In 2017, the recovery continues. The period from January through June saw a 37 per cent increase in UK investment from the same period last year, however still not reaching the heights achieved in 2015.

The reason for this is that the fundamentals of UK fintech are still strong.

For a start, the UK has the world’s largest financial services sector, a thriving technology ecosystem and is perfectly positioned as a centre of international trade, bridging the time zones of North America and Asia. We have a favourable regulatory and policy environment that actively supports financial innovation. This includes the Financial Conduct Authority’s Project Innovate and Regulatory Sandbox initiatives, which help startups navigate the regulatory landscape and go to market faster.

Furthermore, the UK is home to a well-educated, diverse pool of talent. We have world-leading universities, a technologically advanced customer base, and a dynamic and engaged investment community.

These can’t be replicated by others vying for the UK’s lead position in fintech overnight.

However, there are still concerns about the future. As the representative membership association for fintech, Innovate Finance regularly polls its 285 members to find out what concerns the sector the most. The biggest concern raised by our membership is access to talent. Some 30 per cent of our members are founded and run by non-UK national chief executives and 40 per cent of the employees working in the sector are also non-UK nationals.

Following the referendum, obtaining certainty around the status of the non-UK nationals in the sector, especially from the EU, and how access to new overseas talent can be obtained in future to allow companies to scale is paramount. Access to funding is also a big concern.

We’re therefore encouraged by the positive announcements by the UK government regarding a review by the Migration Advisory Committee, which will seek to understand how the UK’s immigration system should be aligned with a modern industrial strategy, and the Patient Capital Review that will seek to identify barriers in accessing long-term finance for growing firms.

While Brexit negotiations continue, the fintech sector will thrive. Fintech already provides 60,000 jobs and generates £6.6 billion for the UK economy annually. But we can’t rest on our laurels. Any startup will tell you that raising capital is a challenge at the best of times, especially when it comes to seed and early-stage funding. We also need to make sure that we can continue to access the local and international workforce who can provide the oxygen for our sector to grow and thrive. Talent is everywhere – opportunity isn’t. 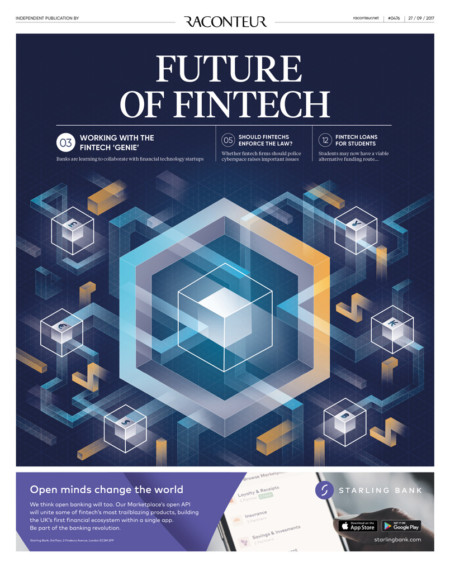