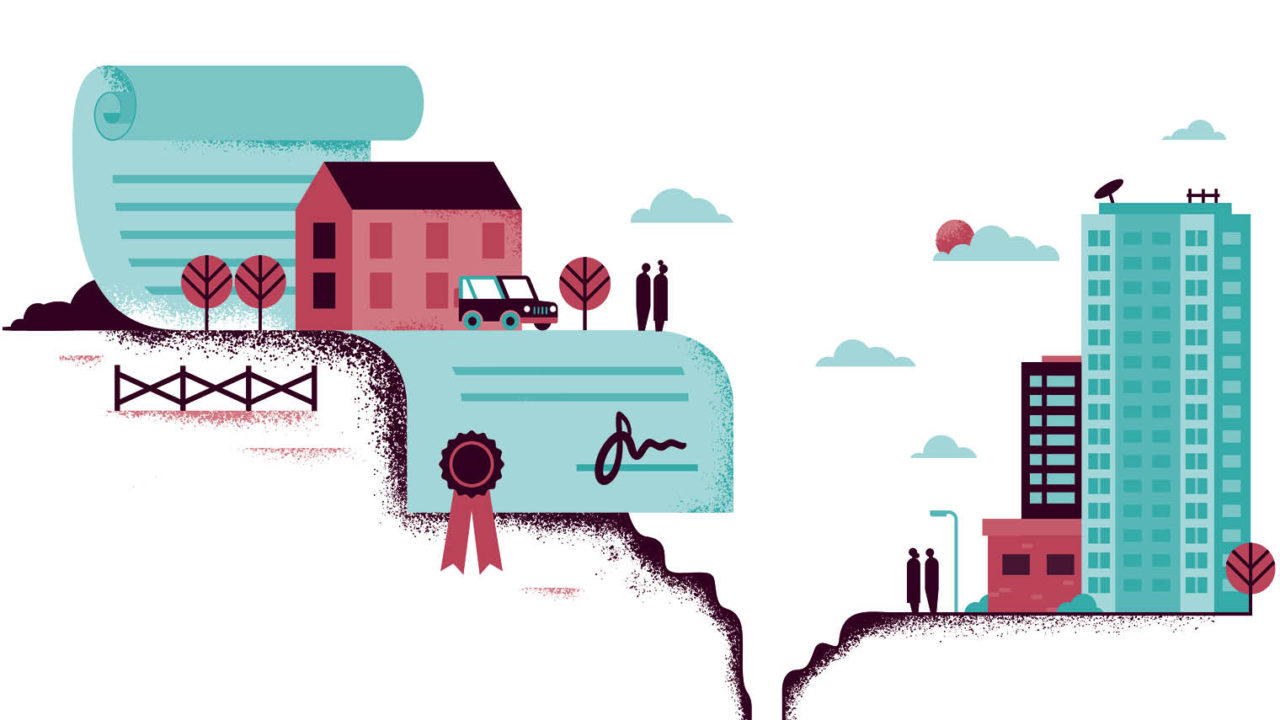 Downton Abbey, the multi-award-winning historical drama, drew nearly ten million viewers at its peak and, as the cast reunites for its move to the big screen, what is it about the 1920s British costume drama that made for such compelling viewing?

For critics, it was the powerful storylines which were meticulously researched that set it apart. But for the ordinary viewer, the 52 episodes demonstrated something more, that the lives of people living 100 years ago were not so different to their own.

Take the issue of inheritance, for example. It is central to many of the plots in Downton Abbey, but the Resolution Foundation, a UK think tank, says what we inherit is also having a much more significant impact on our lives than it did two decades ago.

George Bangham, a research and policy analyst for the Resolution Foundation, says: “We are moving into a society where the money you inherit from your family matters much more for your living standards than the money you can earn yourself through work.”

To put this into context, Mr Bangham notes that a person earning the minimum wage all their working life would earn around £750,000 over a 50-year period. But, he says, from next April “it will be possible to inherit more than a million pounds of property from your parents, free from inheritance tax”.

He adds: “The combination of more wealth overall, and an unequal distribution of it, means wealth gaps in society are widening.”

Are we becoming a society of ‘have and have nots’?

But what does this all mean? Is society beginning to mirror the privileged classes of a 1920s period drama or are we becoming a two-tier society of have and have-nots, living in a system not necessarily defined by class, but by inherited wealth?

The answer perhaps lies in Britain’s housing boom which began in the 1970s and continues today. With Savills estimating the total value of houses in the UK to be more than £7 trillion and two thirds of it owned by baby boomers, the house that people inherit is having the most visible effect on shaping the life chances of future generations.

Mr Bangham says: “The total amount of wealth in the UK economy is over six times national income and much of it is locked into housing. Baby boomers have amassed much of this housing wealth and a lucky few are set to inherit it one day.”

But research shows that many more won’t benefit at all. The Research Foundation says rising inheritance will widen the gap between those with a lot of wealth and those with little or none. It’s a gap that is likely to amplify over time.

“We know, for example, that children whose parents don’t own their own home are 60 per cent less likely to themselves be homeowners by the age of 30,” says Mr Bangham. “At the other end of scale, studies also reveal that those expecting a large inheritance usually seek out a partner from a similar background. This leads to a dynamic concentration of wealth, which is not healthy for society.”

A different view of inheritance

But not everyone agrees that the life chances of future generations will be defined by what they inherit, rather than what they earn. Take Steve Horwitz, US distinguished professor of free enterprise at Ball State University, Indiana, for instance.

“I don’t see inheritance being the game-changer that everyone thinks it is,” he says. “With baby boomers living much longer, even if their sons and daughters are set for a bumper sum of money, many won’t receive it until they are in their mid-60s and by then they will be financially secure and won’t necessarily need it.

“In the future, therefore, we may see a pre-inheritance model where modest sums of money are drip-fed to the generation below over a longer period of time, but this is unlikely to have a stymying effect on social mobility.”

In contrast to many economists, Professor Horwitz also believes that the American dream – the idea that each generation does better than the last – is alive and well. To illustrate his point, he singles out a study conducted by the Brookings Institution in Washington, which revealed that in real income terms, the top 20 per cent were earning as much as their parents did in 1969, while the median income of the bottom 20 per cent was double that of their parents.

He believes that most economists, who hold the opposite view, fail to ask the correct questions and so “get a skewed and incomplete picture of what is really happening”. He says academics focus too heavily on income inequality and income distribution data, while not paying enough attention to consumption and how people actually live their lives.

“I often ask my students if they could go back in time to when their parents were starting out, would they choose to do so, even at today’s median household income? It’s only when they think about the advances in healthcare, technology and the freedom of movement they enjoy that they begin to realise how lucky they are,” says Professor Horwitz.

Is the housing market increasing inequality?

Nor does he agree that an inflated housing market is creating a gulf in wealth equality. “You could argue in the United States, with the internet untethering people from their offices, millennials no longer have to live in the heart of a city like their parents once did,” he says. “Of course, many might want to be close to bars, to restaurants and the culture they care about, but they also have an almost equal opportunity to buy a home as their parents did, even if it means living in the suburbs.”

Back in the UK, where an average house deposit now takes 18 years to accrue, many are counting on an inheritance or a pre-inheritance sum from the bank of mum and dad. But for millions of others, the dream of home ownership remains sadly out of reach.