For traders seeking volatility, bitcoin has offered plenty of opportunities over the past two years. The most recent rebound in the bitcoin price, however, saw the digital currency triple between January and the beginning of July.

Those familiar with bitcoin say that sentiment towards digital currencies more broadly has shifted in recent months, thanks to global financial institutions – from investment banks to asset managers giants – admitting that they are dedicating serious money to developing cryptocurrency programmes.

The momentum that has been building in the market has also been self-reinforcing, with hundreds of column inches in the world’s media dedicated to bitcoin’s resurgence since the second quarter of 2019. But the real drivers of bitcoin are also more diverse than they were even three years ago, as the market continues to mature, and the pool of interested investors grows.

Confidence is the foundation on which any market operates, and regulation underpins this entirely. The development of more sophisticated regulatory rulesets around the world has undoubtedly improved traders’ views of bitcoin as a long-term asset.

In March 2019, the UK’s Financial Conduct Authority confirmed it had created a UK Crypto Assets Taskforce, together with the government and the Bank of England, to encourage innovation in the industry that benefits consumers. The FCA has also consulted on plans to ban the sale of certain crypto asset derivatives to retail investors.

On the international stage, regulators in the Americas, Europe, the Middle East, Asia and the Pacific region have all published guidance oninitial coin offerings and investing in cryptocurrencies. The majority of which can be found on the International Organization of Securities Commission’s website.

“Clarity regarding regulation is providing confidence for all parties, as is the development of regulatory frameworks where there were previously none,” says Lee Hills, a director of Isle of Man-based blockchain group Solutions Hub.

Samuel Leach, director and crypto trader for Samuel & Co Trading, agrees, noting that “regulations are another major factor” that has contributed to the currency’s steady growth in recent weeks.

“Bitcoin is a decentralised currency, which means the government regulations that cover fiat money do not apply to it. Several governments, however, have started to implement laws to regulate bitcoin,” he says. 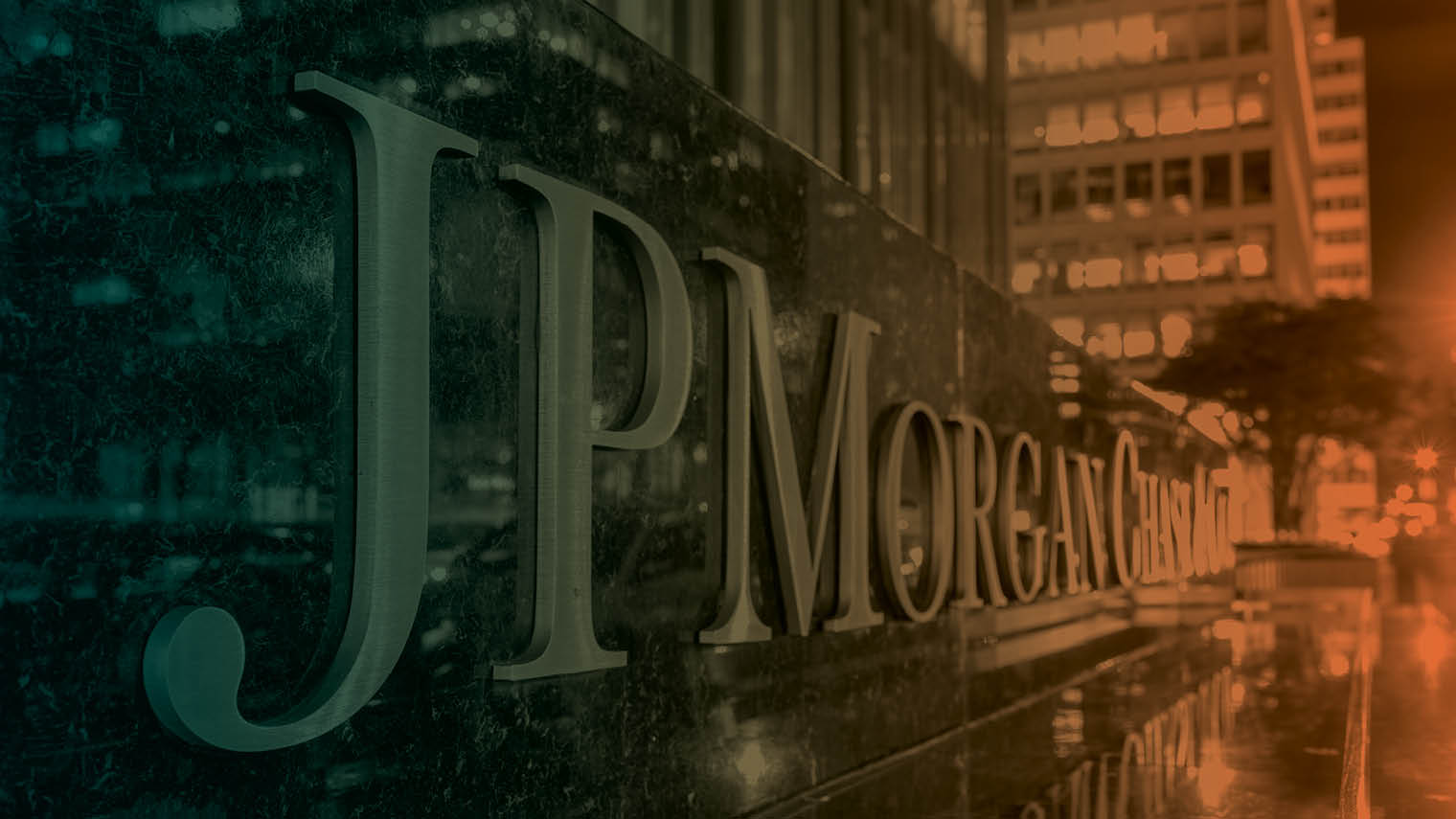 In the past year, enthusiasm for cryptocurrencies has been building among established financial services companies.

At the beginning of July, the FCA authorised the first cryptocurrency hedge fund, launched by Prime Factor Capital. Prime Factor’s chief investment officer was a former portfolio manager at BlackRock for more than a decade. The launch was yet further evidence of institutional enthusiasm for crypto, following months of positive news flow for the asset class.

In May, Bloomberg reported that asset manager Fidelity was about to begin offering a bitcoin investment service to its institutional investment clients. This followed the news in February that JP Morgan was preparing to launch its own cryptocurrency.

“Institutional players are piling into crypto assets, having sat on the sidelines for months,” explains Simon Peters, an analyst at eToro. “Fidelity is currently on-boarding its first crypto clients, while the Bakkt platform is due to officially open later this month.”

The reason that established names are taking a greater interest in crypto asset now, can partly be attributed to an absence of higher returns from traditional sources, say market experts. 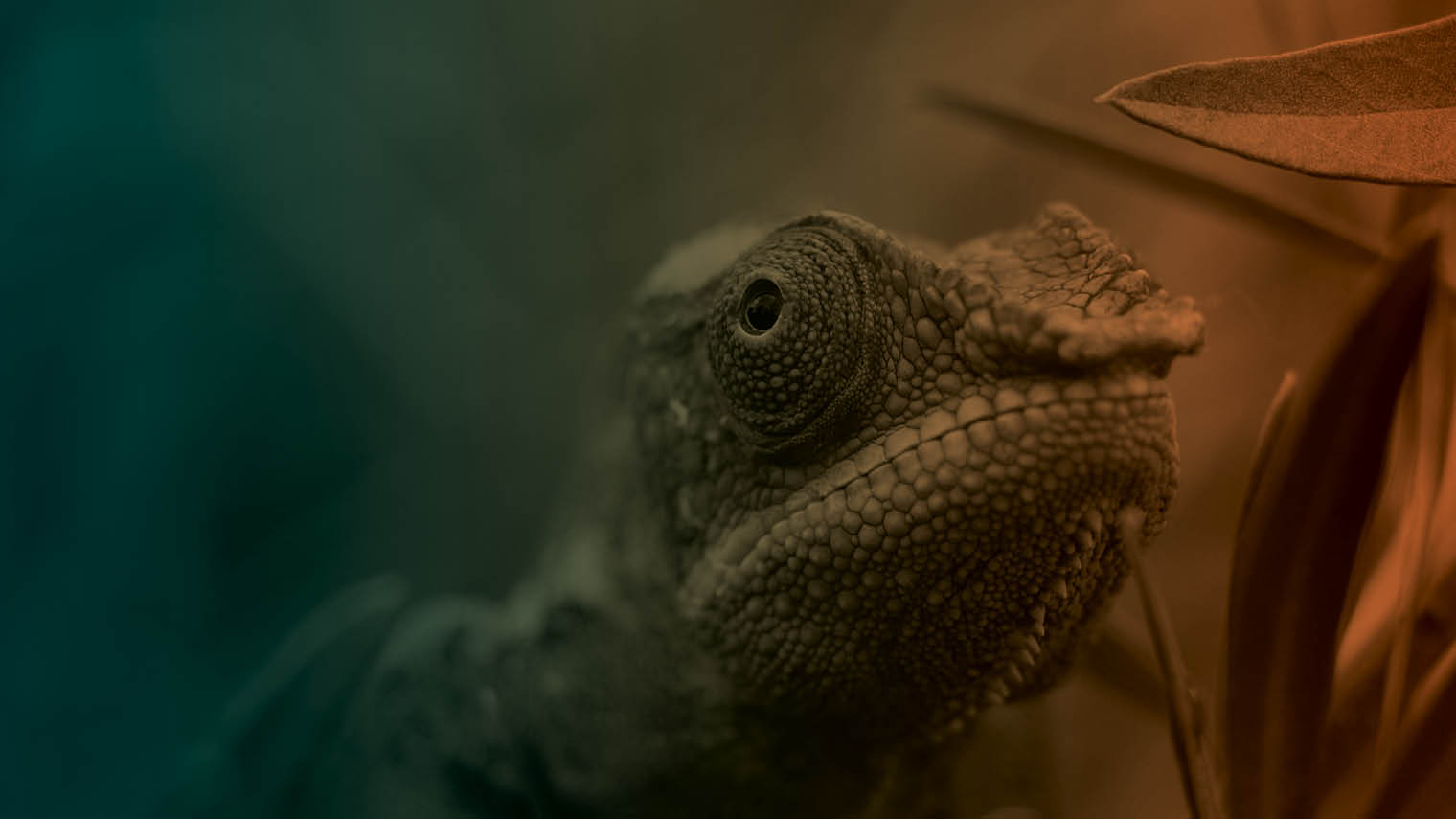 The typical investor profile has changed

The 2017 spike in the price of bitcoin is widely attributed to the arrival of a mass of new investors for the first time through fear of missing out on a once in a lifetime opportunity. This time around, investor behaviour has been markedly different, says Lee Hills of blockchain service provider Solutions Hub.

“Investors hope has certainly returned, but the appetite and profile of investor has changed significantly. In 2017 we saw new investors flood into the market. These were individuals attracted by the astronomic rise in bitcoin, ethereum and the plethora of alt-coins,” he says.

“Most of these alt-coins were new exchange listings from only recently finished initial coin offerings and pumping significantly, especially through the fourth quarter of 2017 and first quarter of 2018. Unlike initial public offerings, access to ICOs and trading was largely unrestricted and anybody with an interest could join.

“This influx of new capital served to swell the markets, but in the subsequent crash and bear market, many got caught holding illiquid tokens, or saw their BTC holdings slash in value.”

Mr Hills says that this time, while some investors have indeed exited positions back to fiat currencies, many are still awaiting the return of depth in the alt-coin market so they can sell their holdings in favour of bitcoin, ethereum, or even stable-coins, those which are pegged to real-world value – usually US dollars.

“We are not quite at the tipping point where the ‘fear of missing out’ is driving new individual investors into the market, but bitcoin’s continued growth is driving a modest uptake.

“Where we do see a new breed if investor is with institutional investors. In 2017 these were largely absent from the markets. We are now seeing open engagement by more mainstream investment houses, banks, brokerages and financial services businesses.” 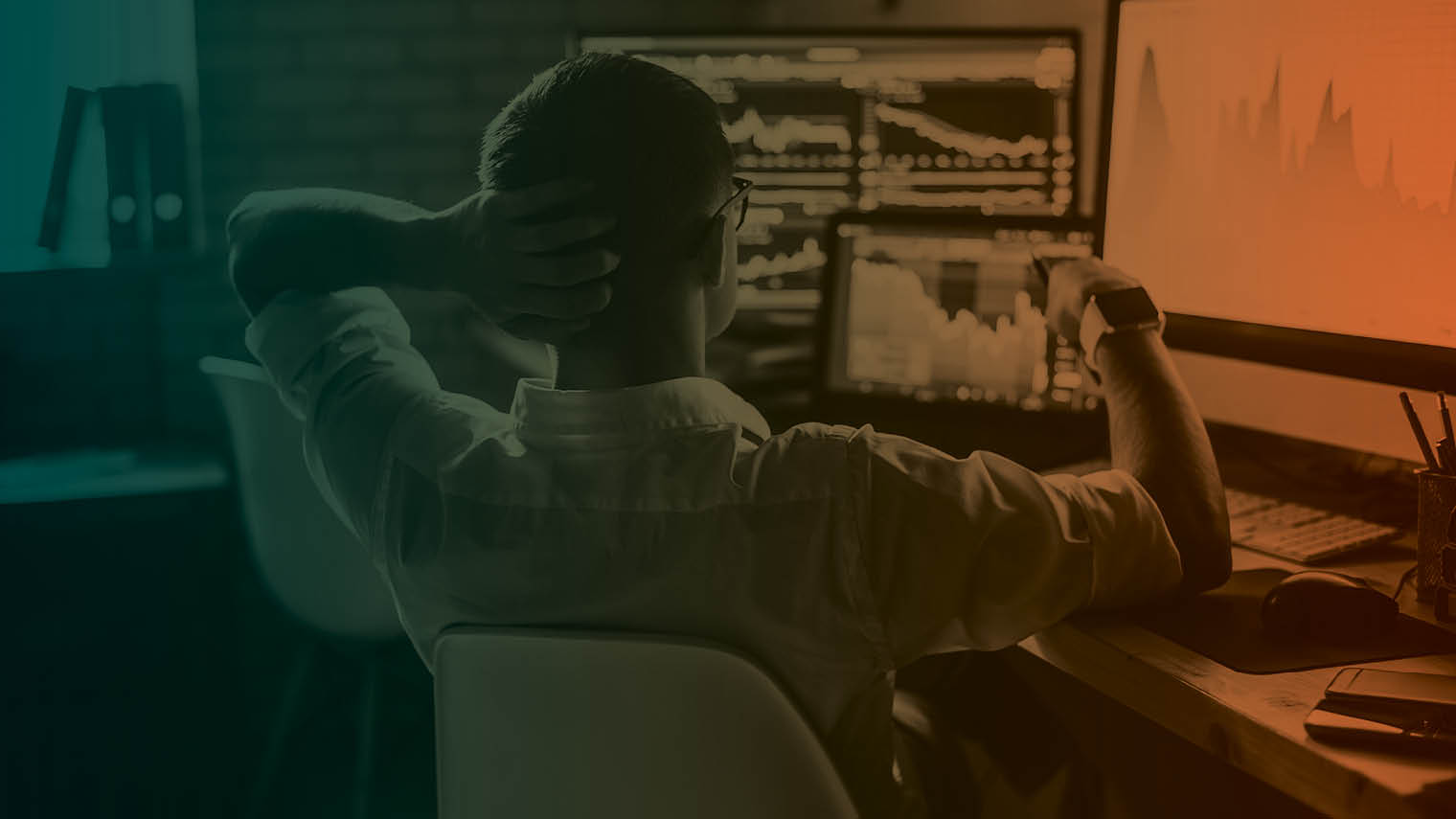 Despite bitcoins recent surge, analysts remain extremely mindful that the currency is very much in its infancy in terms of adoption by global investors. As such, further volatility should be anticipated, as should “periodic parabolic rallies”, says eToro analyst Simon Peters.

“As bitcoin moves further towards global adoption and the halving events increase, making bitcoin scarcer, there are likely to be more hype cycles,” he says.

“It is unclear whether we are at the top of the rally now. At the moment, the market appears to be in a period of indecision. Nevertheless, the price action remains bullish and the price could push higher to $20,000 in the coming weeks. It could even reach $50,000 by the end of the year.” 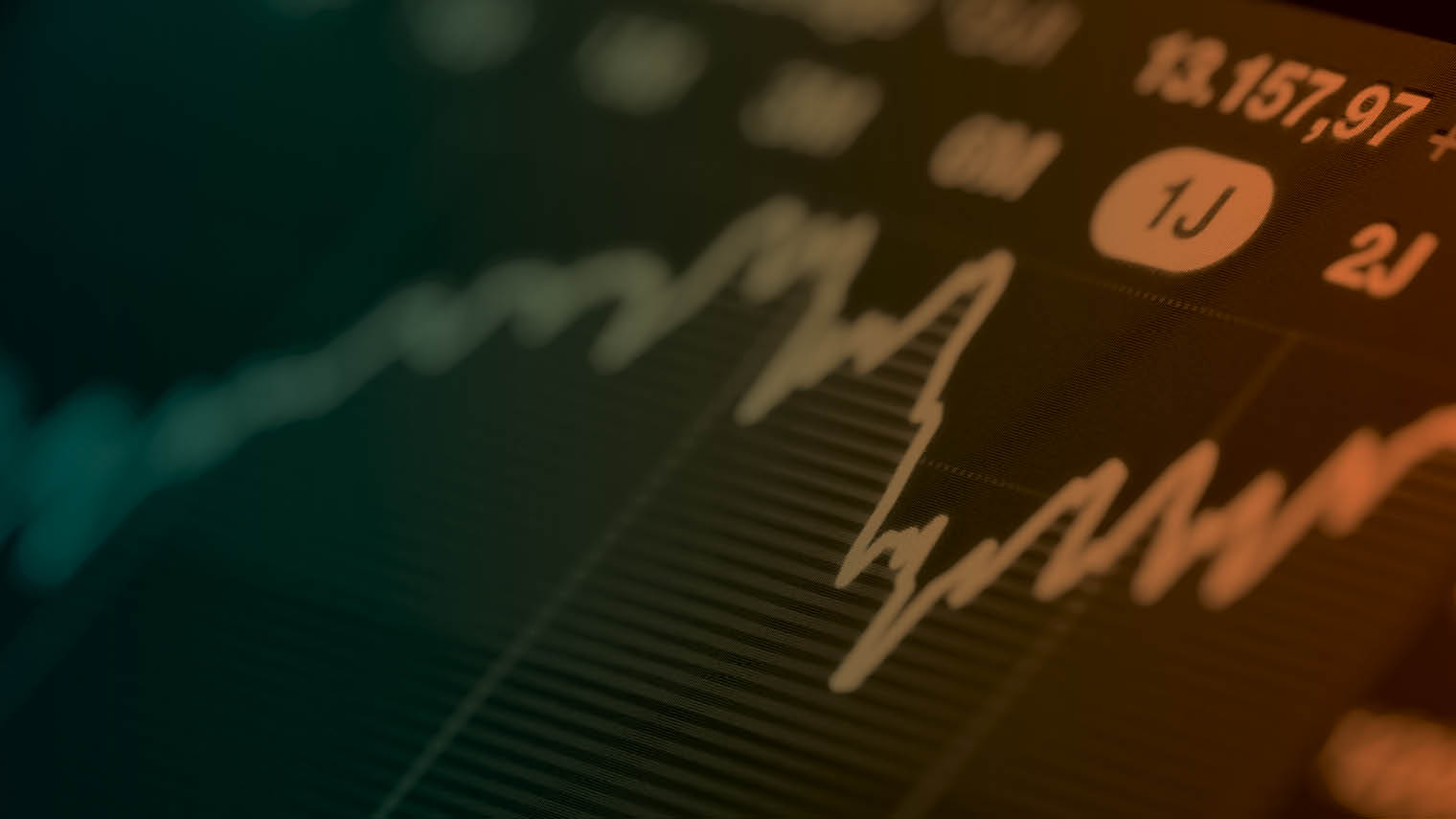 Despite the threats posed to short-term traders by hype cycles and the price movement which accompanies such behaviours, analysts expect bitcoin to become a long-term asset, held more widely in the years to come.

“What’s interesting about this rally is that it doesn’t seem to be fuelled as heavily by new retail investors as previous rallies,” says eToro’s Mr Peters. “Looking at historic Google Trends data, searches for ‘buy bitcoin’ have typically spiked with the price as new retail investors jumped on the train.

“This is in contrast to the last bitcoin bull run in late-2017, which saw new investors buying for the first time as a result of the surge.”

Mr Peters says that the fact that trends data hasn’t spiked with the price on this occasion suggests that new capital is instead coming from institutions and retail investors already in the game, which bodes well for the long term. 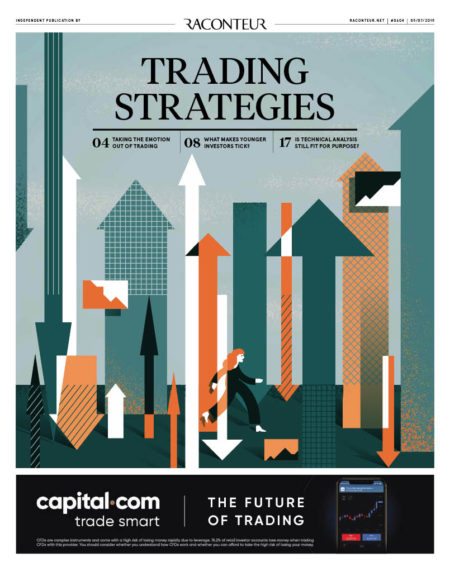