Ten years after the financial crisis of 2008, there have been significant changes in the regulation that governs the banking sector. Banks now face a plethora of regulations, which “have been successful in building a safer financial system”, according to Vitor Constancio, vice-president of the European Central Bank. But how will the interaction between regulation and the banks change the sector in the coming years?

That banking is undergoing a sea-change is not in doubt. The traditional players, the Big Four, have been challenged by the likes of Monzo, Atom and most recently Revolut, which earlier this year achieved unicorn status by becoming a privately held startup with a valuation of more than $1 billion.

A brave new digital-only world is potentially fragmenting the traditional banking services and everyone is scrambling to find their feet; financial institutions have invested more than $27 billion in fintech and digital innovation since 2015, according to a recent report from KPMG.

Doe the power of challengers lie in their lack of regulation?

Challengers claim to be redefining the banking business model and part of the opportunity for some is to escape the weight of regulation. Revolut, which advertises itself as “a world beyond banking”, does not currently have a full banking licence; Monzo set up three years ago as an emoney company, though it now has a full banking licence. So is there a future for a bank that is not a bank?

Andrew Stevens, global banking specialist at Quadient, a technology company that focuses on the interaction with customers, has his doubts. “Challenger banks typically don’t sell a full suite of products,” he says. “When they want to be a full bank, they will find they are in a much more difficult position to make a profit.”

He believes the banking sector could split, with challenger banks becoming niche players, a bit like a luxury brand.  “Their customers are of a certain demographic, who accept they won’t have an omni-channel experience,” says Mr Stevens. “That’s a far easier relationship to manage than in the larger organisations, which have customers of every demographic.”

Is regulation holding traditional banks back?

Both regulators and the financial services sector have been running to keep up with the fast-changing world of digital technology, and the innovations have increased complexity for financial organisations. Dean Nash, general counsel at Monzo, believes the level of regulation is hampering the larger traditional players from innovating. “A rapidly changing regulatory environment ties them up in knots,” he says. “As a new challenger with greenfield technology, we are more agile and can step up to create better customer outcomes.”

The weight of the regulatory regime means big banks can struggle to find the money to invest in the same way as the challengers, which come to the market unimpeded by legacy systems and so are able to develop new services.

But the regulator is engaged in a complicated game. Regulation has three very different and potentially conflicting goals: consumer protection, improving competition and innovation, and the stability of the financial system. Much of the focus since 2008 has been improving stability and resilience, and the sector is still dealing with the fallout from the financial crisis. But the past few years have seen an increased emphasis on competition and innovation, such as the regulation surrounding open banking.

“The regulator is trying to open up the monolithic structure of data,” says Mr Nash. Monzo took advantage of the New Bank Start Up Unit, a joint initiative between the Prudential Regulation Authority and the Financial Conduct Authority (FCA), which offers help and advice to any organisations thinking about becoming a bank.

Regulation works when promoting the customer’s point of view

The FCA’s regulatory sandbox, which has been in existence for two years, allows businesses to test innovative products and services to establish the regulatory touchpoints. It was set up to promote competition in the interests of consumers. It “met a genuine demand in the market”, according to the FCA’s Lessons Learned report, published last October. The report notes that about a third of firms “used the learnings to significantly pivot their business model ahead of launch in the wider market”.

So will the level of technical development change banking, increasing competition for our hard-earned money? Let’s face it, banking is at heart a very simple operation: customers make deposits, banks lend out those deposits and turn a profit on the difference. Putting a slick graphic interface over the top of that doesn’t alter the fundamentals.

Mr Stevens sees missed opportunities because the sector is still not considering the customer’s point of view. “Some regulatory change is to do with helping the customer understand their relationship with their bank and ultimately that should translate into a better customer experience. But I don’t see that happening,” he says.

“Take General Data Protection Regulation; it’s a real opportunity for someone to say ‘we are going to excel at that’ and ask ‘why is the customer interested?’ But it’s a damp squib because the banks have asked ‘how can we do the minimum possible?’”

He believes the future has less to do with innovation in terms of technology than good old-fashioned communication. “Communications are still filled with legal and technical jargon. Banks are not asking ‘how can I best communicate?’ and they are ruining the customer experience,” says Mr Stevens.

So where does all this leave the banking sector? Increasingly, customers are demanding mobile apps, but alongside traditional bank branches. Metro Bank is a challenger that is opening new branches and Nationwide building society is following suit. Many of us have taken advantage of new payment services, but there’s still demand for cash.

According to KPMG’s Forging the Future report: “Financial institutions… must adopt the customer-centred innovations and back-office solutions that will help them provide a more tailored, value-added customer experience.”

Technology can change how services are delivered, but the service remains the same. 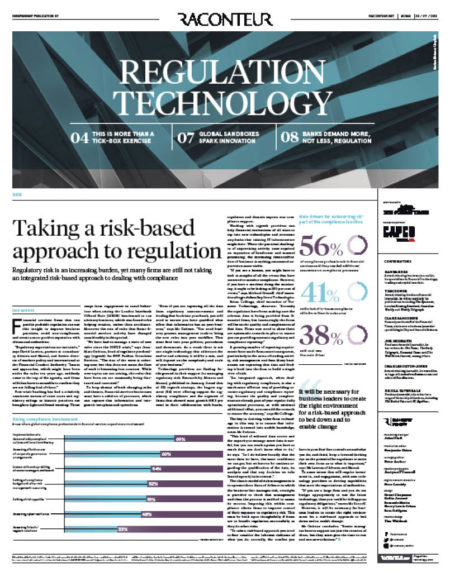