Mobile wallets have changed the way we pay for our coffee, books and clothes. In the United States alone, the mobile payments market increased by 41 per cent from 2018 to 2019, amounting to $98.8 billion, according to US market research company eMarketer. But not all mobile payments are equal.

With open-loop mobile payments, people can use one digital wallet on their mobile phone to pay at several locations. In contrast, closed-loop payments require you to prepay a certain amount of money and pay at just one particular merchant, in a similar way, for example, you can use a gift card or a loyalty card at a café or a clothing store.

Given the increasing use of smartphones, the way people pay for things is set to continue evolving. So, what could these changing dynamics bring to merchants? And how could the changes influence the way traditional banking models operate?

What’s in it for merchants and customers?

But first it’s important to consider why merchants opt to have closed-loop mobile wallets and what’s in it for consumers. Retail businesses set up mobile wallets to enable customers to link a debit card to their app and then load funds to the mobile wallet account, Patrick Garry, chief executive of LoyLap, a Dublin-based provider of customisable payments for physical and omnichannel businesses, explains.

“LoyLap does not hold those funds, but rather we send them directly to the merchant so they have the benefit of the upfront cash flow,” he says, noting this is especially welcome at the moment as concerns around the coronavirus keep people from frequenting cafés, bars and restaurants.

Customers usually receive incentives to load money into these mobile wallets. Merchants can offer them a percentage bonus on a top-up amount, for example. “If I were to load €50 for my local café, I might get €55 loaded to my account,” says Garry.

He argues that this payment system benefits both merchants and customers. “Funds in a customer’s current accounts effectively earn no interest,” he says, while they could get a 10 per cent interest bonus on their funds in a mobile wallet.

Another reason why merchants like closed-loop mobile wallets is because they enable them to monitor customers’ spending. After all, such data is now gold; knowing what people buy and how much they spend is invaluable. This, in turn, can increase customer loyalty. 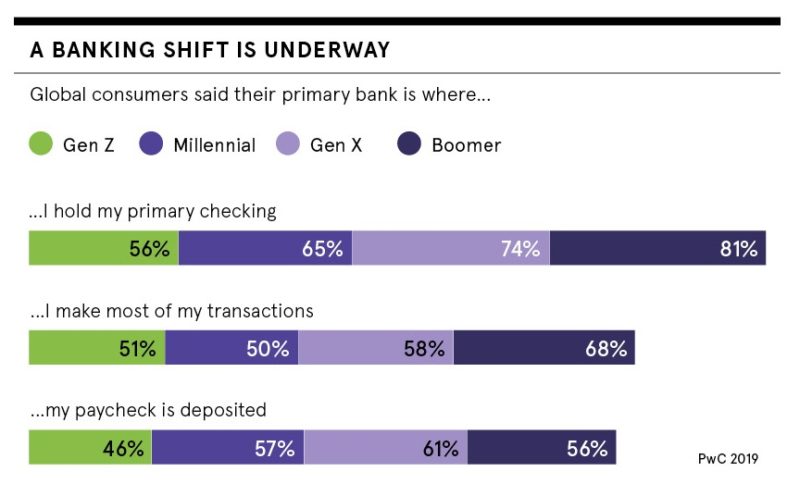 How could it impact the traditional banking model?

Mobile wallets are shifting the tectonic plates of the payments world. So what impact does the rise in closed-loop payment models have on traditional banking practices? Could banks respond by creating their own versions?

“Closed-loop payment models are part of a growing trend of fragmentation in the payments and banking sphere, which is evident at the highest levels and at the lowest,” says Eyal Nachum, executive director at Brüc + Bond, a banking services provider based in Vilnius, Lithuania. Big and small merchants increasingly set up their own independent payment mechanisms.

There are many advantages for merchants, such as Starbucks or Tesco, he notes, but “banking powerhouses and payments giants aren’t going to go down without a fight”. Visa is developing its own system to bypass SWIFT (Society for Worldwide Interbank Financial Telecommunication), for example.

Nachum says: “In effect, they are working on their own closed-loop interbank payments system. At the same time, a major Polish bank is working on a payment system to bypass Visa. But it doesn’t end here.”

He argues that this fragmentation is happening at much higher levels internationally. “The EU is slowly developing Instex as an alternative clearance mechanism to bypass American influence and China is cooking up its own interbank clearance mechanism. This could have significant consequences for banks that fail to prepare adequately,” he warns.

The opportunities of closed-loop payments

However, there are opportunities, if banks relinquish some control to thrive in the new fragmented reality. “They will have to accept and even seek out collaborations with third parties to provide infrastructure and support to get a slice of the pie,” says Nachum. “Otherwise, they could get left behind, as merchants seek to gain more and more control over the purchasing process.”

McFarlane adds there has been a lot of hype surrounding blockchain that has overlooked the extent to which legacy systems are strongly embedded in how businesses operate. This ignores the “concomitant risks to business operations of shifting to a new, untested technology”, he says.

But the potential savings and efficiency should not be overlooked. “China provides perhaps a clearer window on the future, where giants Tencent and Alibaba are driving forward mobile payments,” says McFarlane. “Those will be push factors for more closed-loop offerings.”

However, Nachum says: “Whatever systems banks and merchants devise, they are unlikely to be based on blockchain. This technology doesn’t offer financial and commercial institutions much in the way of controlling the purchasing process, which is what closed-loop systems are really about.” Rather than opening up the market, closed-loop systems are likely to create a world of closed gardens that hardly interact with one another, he says.

And finally, there remains a regulatory risk when it comes to the future of closed-loop systems. Nachum notes that financial institutions follow stringent reporting and anti-money laundering rules that don’t apply to unlicensed commercial institutions.

He concludes: “Depending on how these closed-loop systems are set up, they could provide a potential avenue for money-laundering operations. Regardless of whether this fear is materialised or not, if financial regulators develop such concerns, they could shut the party down fast. At this stage, I would hedge my bets.”