More startups and expanding firms than ever are turning to peer-to-peer lending, equity crowdfunding and invoice trading to secure finance for growth. Last year, the total value of loans and investments made on these web-based platforms to business and consumers rose almost 90 per cent to more than £3 billion, according to a report by innovation charity Nesta and the University of Cambridge.

The alternative finance tag has been attached to a growing collection of business models, from pension-led funding to challenger banks as the market has expanded. “Banks themselves are starting to get into the space, which is a sign it has become more mainstream,” says Mr Baeck. Both Goldman Sachs and Hargreaves Lansdown are expected to unveil lending platforms this year.

Peer-to-business crowdlending sites, such as Funding Circle, ThinCats and RateSetter, which offer debt finance, make up the biggest slice of the sector and accounted for 3.2 per cent of all commercial lending last year. Small businesses raised almost £150 billion in 2015 by making requests directly to thousands of potential lenders, according to Nesta.

Typically, loans of between £5,000 and £3 million can be arranged within a week. Like banks, crowdlending platforms check companies’ creditworthiness, but they also calculate risk based on cash flow and even social media presence. Fees at around 5 per cent of the amount borrowed and interest rates at 7-10 per cent can be higher than bank charges.

Both government and institutions have thrown their weight behind the peer-to-business sector. The Business Finance Partnership and the British Business Bank has made a total of £60 million of small-business loans available via Funding Circle. Meanwhile, both Santander and RBS direct startups to Funding Circle when they are unable to offer commercial finance. Since 2014, crowdlenders have been regulated by the Financial Conduct Authority.

Last year, chancellor George Osborne gave the clearest signal yet that the sector has matured when he announced plans for the innovative finance Isa (individual savings account). From this April, investors will receive tax-free interest on loans arranged via peer-to-business platforms. 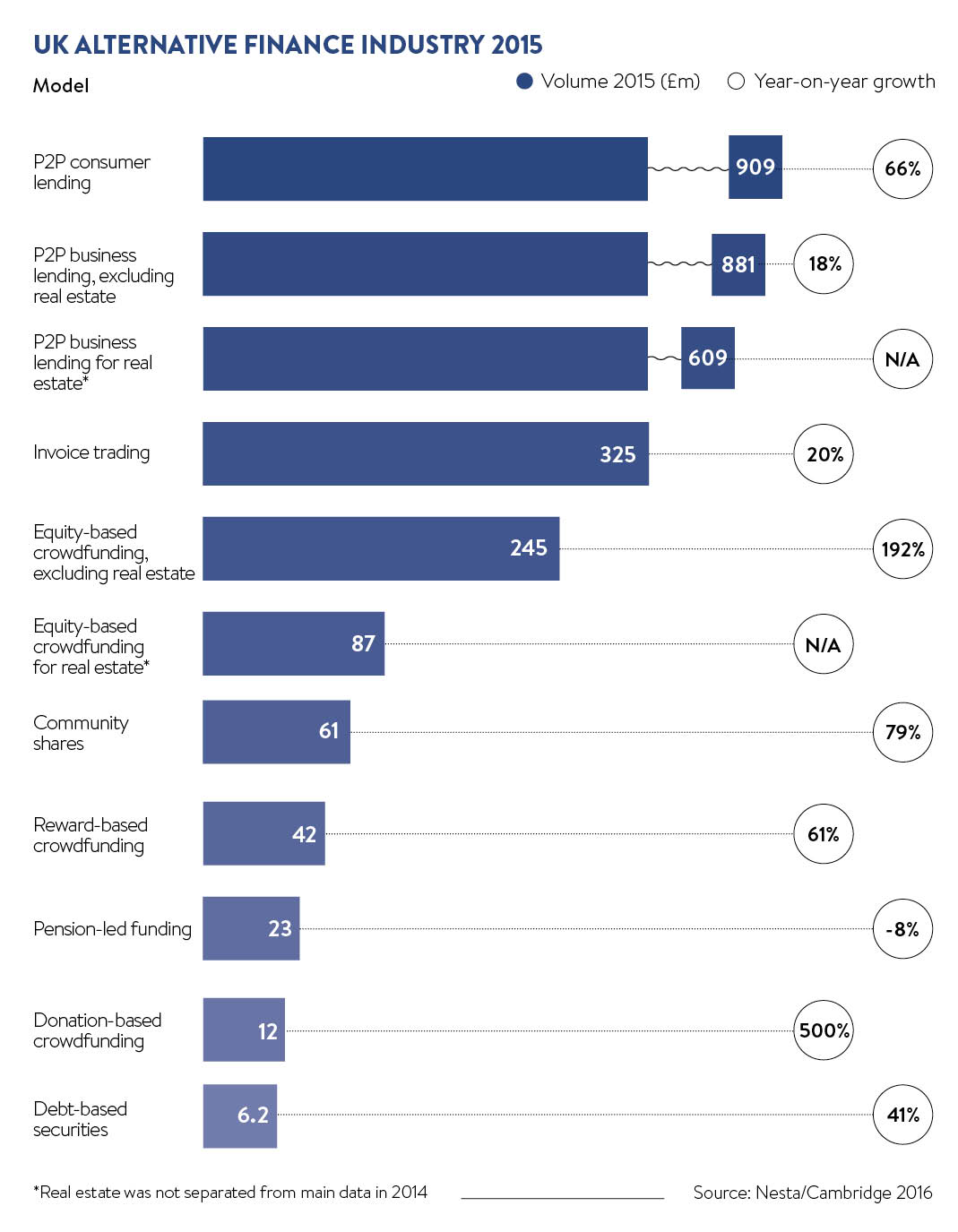 “The new Isa is an important moment for the industry as it shows we have support from the government. It can only raise the profile of peer-to-peer lending and mean more businesses will look to our platforms to grow their businesses,” says Christine Farnish of the Peer-to-Peer Finance Association, the industry’s trade organisation.

Equity crowdfunding, via platforms such as Crowdcube, Seedrs and SyndicateRoom, was among the fastest-growing sources of alternative finance for small firms over the past 12 months, Nesta’s research found. Businesses raised around £332 million in 2015, up a massive 295 per cent on the previous year, although around a quarter went to real estate ventures.

Typically, entrepreneurs pitch their idea directly to thousands of potential equity investors, who put in anything from £10 to £100,000. Raising finance can take days or months, depending on the reception; colourful, high-profile firms tend to attract most attention. Fees are around 7 per cent of funds raised.

In another sign that the market has matured, British crowdfunded companies achieved exits for the first time last year. E-Car Club, an electric-car sharing company that raised £100,000 on Crowdcube in 2013, was acquired by the rental group Europcar, while Mill Residential, a real estate investment trust that had secured equity investments worth more than £2 million on SyndicateRoom, floated on the London Stock Exchange AIM market.

Invoice trading platforms, including MarketInvoice and Platform Black, are the third key source of alternative finance for small businesses. Last year, firms raised around £325 million, up 20 per cent on 2014. Typically, firms with an established client base, but an irregular cash flow, auction some or all of their invoices at a discount to either institutional clients or individuals and receive funds within 24 hours instead of waiting 30 or even 90 days for payment. In a vote of confidence in the sector, the British Business Bank has invested £40 million in small business invoices via MarketInvoice.

The platform’s founder Anil Stocker urges more growing firms to consider alternative lending sources. “When most businesses think of finance, they still think only of their bank – that’s a culture we need to break,” he says. “It’s just a matter of awareness – and that takes time.” 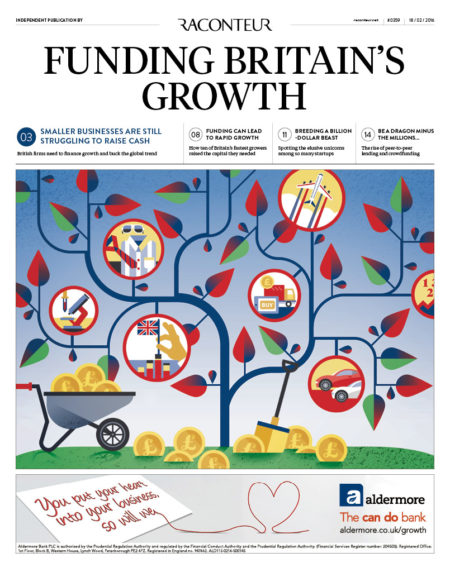