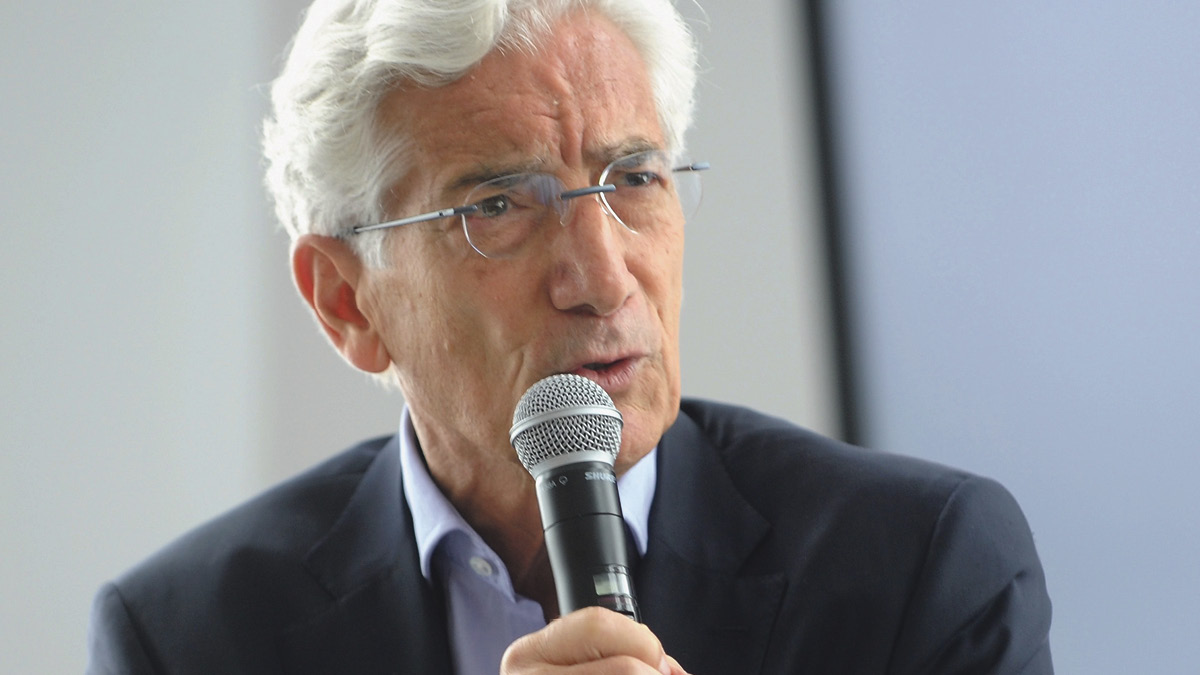 Sir Ronald Cohen is known as the father of British venture capital and a pioneer of social impact investment across the world.

Sitting in his Tel Aviv home surrounded by books, Sir Ronald is drinking an afternoon cup of tea in a British manner, when our Zoom interview begins. As we talk about the weather, he’s both dignified and jovial, like an ambassador on a day off.

He was born in Egypt and his family came to the UK as Jewish refugees when he was 11. At Harvard, he encountered venture capital as it was emerging and brought it back to the UK, for which he received a knighthood. He then went on to pioneer social impact investing. What was the defining moment of this journey?

“The whole of my life was preparation for the phone call I got from the Treasury in 2000, asking whether I would look at the issue of poverty with a more entrepreneurial eye as they put it,” says Sir Ronald now aged 75.

The question he addressed was how can investment be brought to charitable organisations, in the way venture capital was brought to technology entrepreneurs? “When I started to look at how our system deals with poverty, I began to realise that some of my experience as an investor was actually crucial to finding an answer to how charitable organisations can help more people more effectively,” he says.

This led to the creation of the world’s first social impact bond, or SIB, which successfully lowered reoffending rates at Peterborough Prison. The crux is that investors fund social services, with financial success dependent on positive social outcomes. In other words, investors only get their money back with a chance of making a return if the outcome is achieved.

It was an expression of the destination the world was moving towards, he says. In the business world, this means a major shift from evaluating businesses based on risk and return to risk, return and impact.

Sir Ronald says: “You could see that young people were shifting their product consumption from companies whose values they didn’t share. They didn’t want to work for companies that were polluting or creating social problems, or even just making money like investment banks, especially after the crash of 2008.”

In his new book IMPACT: Reshaping Capitalism to Drive Real Change, which promises to become the go-to guide for investors and entrepreneurs alike, he writes: “Inequality today may have some political causes, but it is principally the consequences of our economic system.

“For more than 200 years, our existing version of capitalism drove prosperity and lifted billions out of poverty, but it no longer fulfils its promise to deliver widespread economic improvement and social progress. Its negative social and environmental consequences have become so great that we can no longer handle them.”

Since 2006, the United Nations’ Principles of Responsible Investment have attracted more than 3,000 supporters, with a combined $100 trillion of assets under management. But environmental, social and governance (ESG) metrics, which are often used by fund managers, remain a blunt tool. Their downsides include a lack of standardised definitions, a reliance on qualitative data and a bias towards larger companies.

A better way of measuring impact, according to Sir Ronald, are impact-weighted accounts. “Just last week, we published the environmental cost of more than 2,500 companies,” he says, referring to the Impact-Weighted Accounts Initiative project at Harvard Business School in collaboration with the Global Steering Group for Impact Investment, which he chairs.

The dataset allows us to compare the environmental impact of chemical companies; for example Sasol creates $17 billion a year of environmental damage on sales of $12 billion. Meanwhile, Solvay, which has a similar sales figure, creates $3.7 billion of damage in comparison. “And when you have these figures, you can create a race to the top,” says Sir Ronald.

With such measurements, the performance of a company could include whether it pays tax responsibly, whether it tackles climate change and whether it pays its staff fairly. This has the potential to change capitalism as we know it.

And there couldn’t be a more pressing time. The coronavirus pandemic has disproportionally affected the most vulnerable in society. At the same time, the protests following George Floyd’s killing in America have brought concerns about racial inequality to the fore.

Sir Ronald warns that if stimulus packages don’t take social justice into account, we risk exacerbating existing inequalities. “Coming out of COVID-19, we’re going to have more debt on the national balance sheet than ever before. We’re going to have a higher number of unemployed people than at any time since the Great Depression,” he says.

So how can we cope with this increase in social issues while having fewer resources? “The only way is to turn ESG into impact investment,” he says. “I think we’re at a historic crossroads now, similar to 1929.”

“COVID has shaken our beliefs and our preconceptions and misconceptions so much that there is an opportunity now to open our minds to these new ways of thinking,” says Sir Ronald.

How changing the economy changes the world

Once impact is a commonplace attribute of a company’s performance, the very definition of success is set to change. “Those who just want to make money are going to be looked down upon,” he concludes. “Businesses will have to deliver impact and have to show impact integrity, just as they have to show financial Integrity if they are to succeed.

“I think it really is a historic juncture for us. We need hope and we need resolve to make it happen.”

Sir Ronald’s optimism may sound exuberant, but given his trail-blazing track record, all this may just come true.