High-growth businesses can run into financial trouble when confronted by tight-fisted banks or reluctant investors. Here are seven traumatic tales from the front line 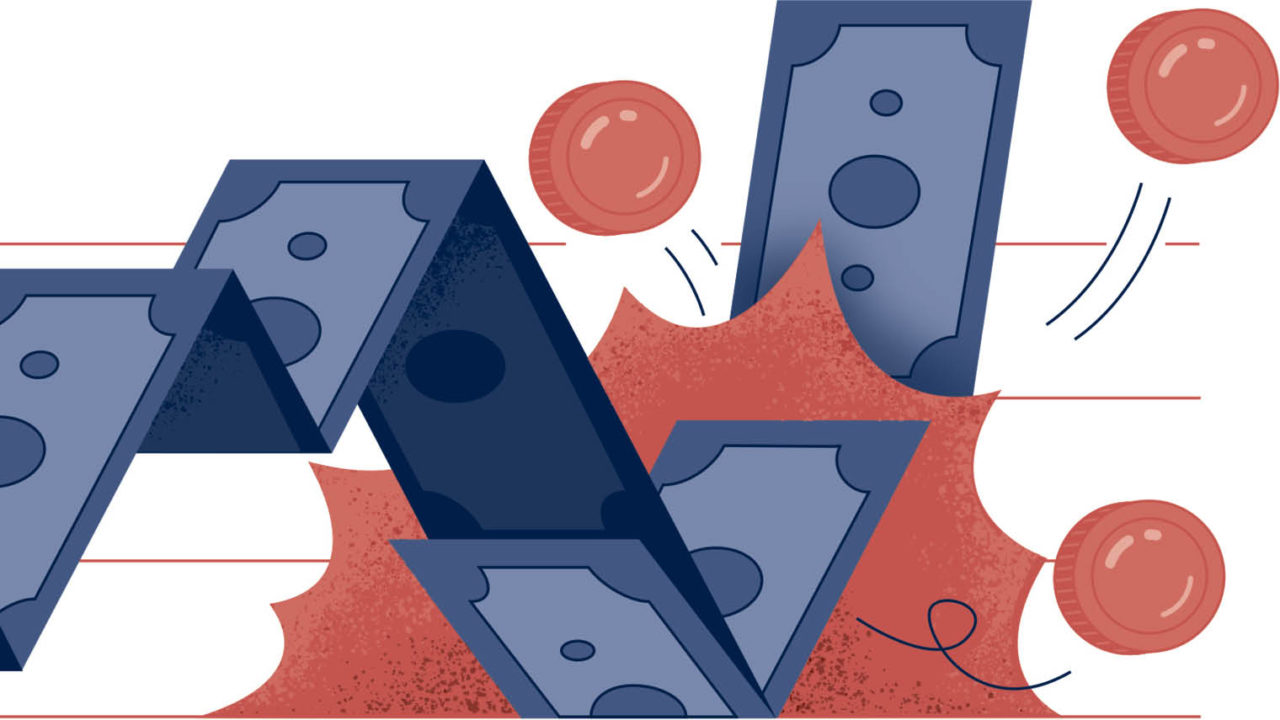 The financial crisis could be brutal to many a high-growth business. “I owned 28 global salons, franchised through Toni & Guy,” recalls entrepreneur Phil Smith. “I received a letter to say overdrafts were being removed on each of the 28 salon accounts and I had seven days to pay them all off. I felt sick and couldn’t catch my breath. I realise now it was probably some form of panic attack. I gathered myself and the following day managed to convince the bank to extend the deadline to 28 days and in this time raised a loan against my house, which was injected into the business. The business was not in any distress and the overdraft recall was a reaction from the bank; a sign of the times. The loan was paid off within 12 months, which meant the business was trading without the need of overdrafts.” Mr Smith eventually sold the franchise to focus on his hair range, Phil Smith Be Gorgeous, found in 700 Sainsbury’s stores.

02 Too big for seed, too small for loans

Sunstone is a great British exporter in the making. It manufactures solar-powered CCTV and telecoms kit, ideal for oil pipelines in Kazakhstan to solar drone-charging stations for the engineering sector. But this high-growth business found itself in the classic twilight zone of funding. “The company has an active revenue stream and employs 21 people across our offices, manufacturing and R&D centres,” says chief financial officer Aaron David. “We are also developing two new, innovative products – a mobile, solar power station and a smaller, portable version of our existing product for the construction and highways infrastructure market – both of which have active customers waiting on delivery. And yet: “We needed finance to grow, but found our capital requirements too high for seed and startup investment,” he says. “Conversely, we also fell below the threshold of stringent banking and venture capital funding criteria. To scale up we turned to crowdfunding. Using Crowdcube, we raised more than £590,000 against an initial target of £500,000. The round, which ran for just over five weeks, saw more than 430 investors back the company.”

03 All funding denied to high-growth business

Martin Port was boxed in. “We’d burned through our seed funding, we were at the limit of our trade credit facilities and we had a £25,000 overdraft facility that the bank was unwilling to extend,” he says. His company BigChange seemed an unlikely candidate for funding trouble. It makes software to manage mobile workers, with clients such as P&O Ferries and Sheffield City Council. Business was good, but cash flow was strained, hence the bank refusal. Without funding, this high-growth business would stall. “We needed cash to pay the wages of the people that coded our software and installed our technology, and we still needed to buy the devices that mobile workers used to access our services up front,” says Mr Port. Solace came from an unlikely source. “No bank manager was willing to help us then, when we really needed it,” he says. “HMRC on the other hand were amazing. Without their understanding and help, things would have been different. We were able to defer PAYE and VAT payments throughout 2015, and we were able to pay them in full by the end of the tax year.”

Lesson: Despite its reputation, HMRC can help

Charlie Pool knows the investment scene well. Before starting his company, he worked in the City for Cazenove and then for JP Morgan investing across the stock market, project finance and derivatives. His high-growth business Stowga seemed to be a hit with investors. The concept makes instant sense. Stowga is a marketplace for buying and selling warehouse space and logistics. “We had requests from investors that meant we were heavily subscribed as we went into the final due diligence process,” says Mr Pool. At the final moment, drama struck. “All of a sudden our lead investor said they were no longer going to lead and only put in a quarter of what they said they were going to,” he says. “This was partly due to issues with our traction and partly to do with their fund. This, of course, spooked the other investors and we effectively had to start all over again. As a startup you are living on the edge and it was a scary time as we were only left with four months to raise the money.” In the end, investors were found and Stowga is thriving.

Lesson: Never rely on anything until the money is in the bank

An important lesson for any high-growth business is that security for finance can be found in creative ways. When SeeQuestor, a company that provides software to help law enforcement agencies analyse thousands of hours of video in seconds, needed extra cash, it discovered banks wouldn’t help. But its intellectual property saved the day. SeeQuestor was pre-profit. The company had an expected £550,000 in R&D tax credit. So it turned to specialist finance house ArchOver for a secured loan. The deal saw £400,000 advanced to SeeQuestor. This covered running costs while the company talked to venture capital investors for a larger deal. Chief executive and founder Henry Hyde-Thomson says: “We were in the middle of raising an equity round and were turned away by our bank. Securing a loan against our R&D tax credit through ArchOver meant we could answer our immediate cash-flow needs. This in turn gave us more time to present to potential investors and to secure further funding to fuel our ambitious plans for growth.”

Lesson: R&D tax credits can be used for security

It’s a sad truth that truly innovative companies scare investors. Eagle Genomics is a classic case. It has an artificial intelligence platform which helps researchers in the life sciences sector. It works with the likes of Microsoft, Unilever and Proctor & Gamble digitising R&D. Staff count is soaring, from 26 to 46. But getting started was hard. With such novel tech, Eagle Genomics was unable to prove a commercial return. Fortunately, it turned to UK Innovation & Science Seed Fund (UKI2S), a government-backed national seed fund set up to help the UK build innovative businesses. It was more than cash. The halo effect of UKI2S backing attracted millions in other grant funding.

Laybuy is a meteor. It’s a “buy now, pay later” service from New Zealand. In just 18 months Laybuy has signed up 200,000 people and done deals with 2,750 stores. Gary Rohloff, who co-founded Laybuy with his son, recalls how this such speed in a high-growth business almost damaged the company. “When we first launched, our initial plan was to have signed 200 retailers by June 2019,” he says. “In fact, we had already achieved this within three months and that blew our forecasts out the window. This meant we had to return to the drawing board in terms of our funding lines. We had to do this, not from an operational growth perspective, but rather to support our debtor ledger that had far surpassed our original expectations. Banks really struggled with the fact that we were offering unsecured consumer credit and just couldn’t get their heads around our exponential growth rate. And, like a lot of other small, fast-growing companies, we had no choice but to offer up more personal assets to secure it. Once we made that commitment, the banks were willing to get on board.”

Lesson: When growth is explosive, brace for turbulence