Fintech companies withdrawing services in the wake of the violence in Charlottesville has reinvigorated the debate about the power technology companies have over the public.

PayPal dropped its services from a number of white nationalist sites after coming under media scrutiny when its technology was accused of being used by the organisers of the far-right Unite the Right rally in the US city.

Apple Pay and Stripe also disabled their payment technology on a number of white nationalist websites in response to the violence.

On the face of it this was an easy judgment call for the tech firms. They were able to close down their services by referencing clauses in their acceptable user policies that prohibit the promotion of hate or violence.

PayPal senior vice president of corporate affairs and communications Franz Paasche said in a blog post that maintaining the balance between protecting principles of tolerance and diversity and upholding legitimate free expression “can be difficult” and the company does its “best to achieve it”.

But should tech providers be the arbitrators of freedom of expression online?

Sacha Wilson, a senior associate at law firm Bristows who advises fintech clients, says the relationship between fintech providers and publishers of content is currently a “grey area” in the UK.

The provision of financial services is highly regulated and there is a growing amount of regulation governing hate speech.

However, it is unclear what liability, if any, a fintech provider would be subject to in the event of a contracting party being accused of breaking the law for inciting hate.

Fintech firms have created their own terms of service to protect themselves from such grey areas.

“The big US vendors have acceptable use policies mainly for reputational issues and to a certain extent liability,” says Mr Wilson. “An organisation can have their own internal code of ethics, or just the way they like to conduct business, that might go a step further than things that are strictly unlawful or illegal.”

Pam Cowburn, communications director at the Open Rights Group digital rights organisation, says companies have a “right to use their discretion to refuse to provide a service”, but warns the global reach of tech companies means this can have consequences on free speech.

The extent to which tech companies’ services are interwoven into our daily lives and society is one of the major concerns of Dr Mark Coeckelbergh, a professor of technology and social responsibility at the University of Vienna and De Montfort University.

“There is a justification for society to say we respect you are privately owned, but we will still give you a framework in which you can work because you have become too big and too important for us to be laissez faire,” says Professor Coeckelbergh.

He believes fintech companies are currently being forced to make political decisions on issues of freedom of expression and this is problematic because there is no democratic oversight of this decision-making.

Luciano Floridi, professor of philosophy and ethics of information at the Oxford Internet Institute, says we are now stuck on a “merry-go-round” with no means of getting off.

Tech firms are being pulled in two opposing directions, according to Professor Floridi. On the one hand they are being asked to “take a stance and be a good citizen” and at the same time they are being told not to do so because “they are too big”.

“The nature of the problem is quite clear,” he says. “The real test is understanding how do we get out of this problem?” 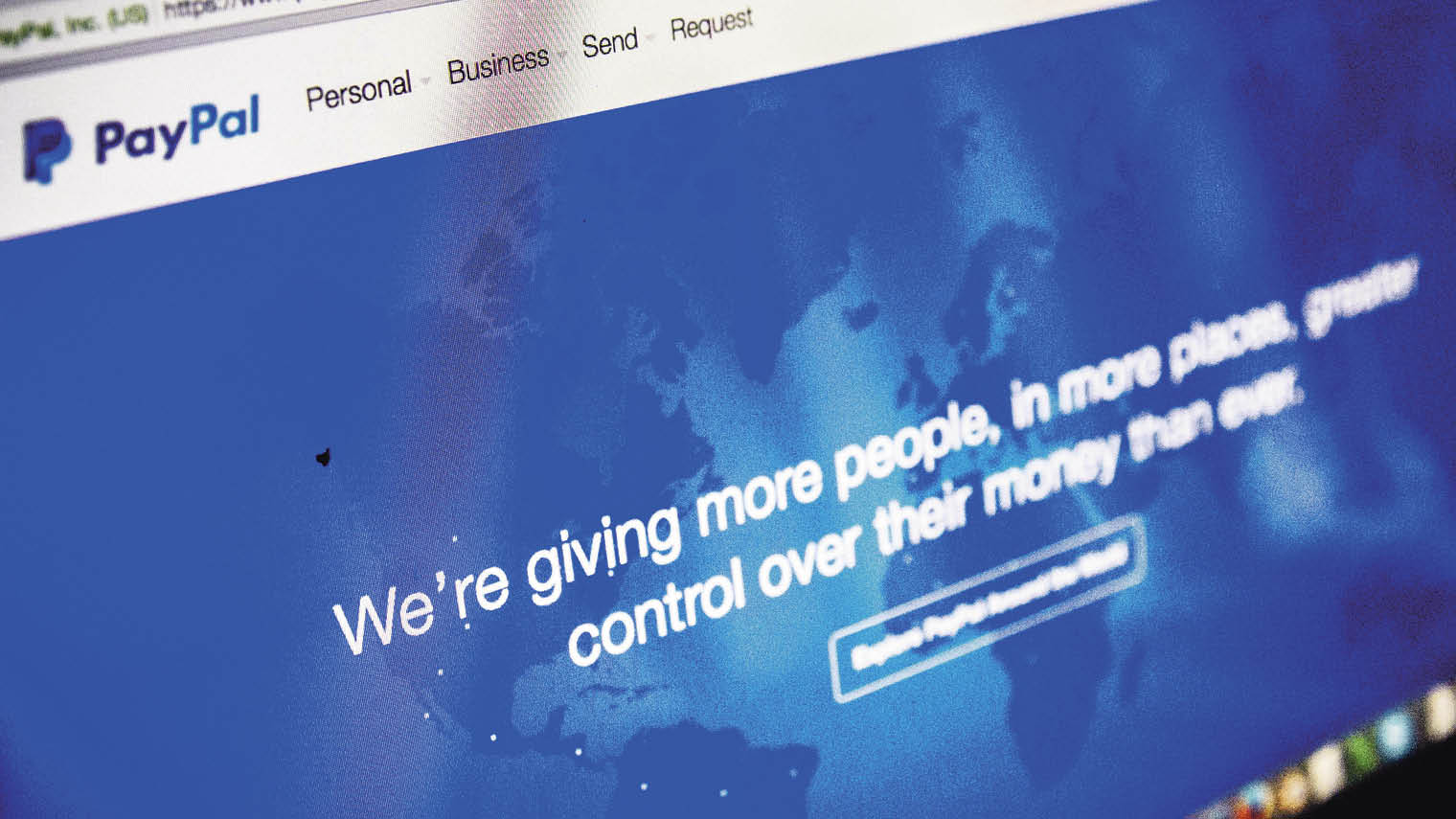 PayPal, Apple and other payment providers disabled their services to a number of white supremacist websites

Professor Floridi believes the typical solutions to the problem – competition and state intervention – are closed off.

“We don’t have competition, we have de facto monopolies,” says Professor Floridi. “State involvement does not work because the companies are the only true multinational forces we have today. Not even the UN has the reach of these companies.”

As a consequence, Professor Floridi believes that in the current landscape the “only hope” is self-regulation because “in the long-run it is good for business to have a more decent world”.

Ms Cowburn is concerned governments are at risk of placing free speech in the hands of technology companies. She believes the preferable solution is that incitement to violence is “dealt with by law enforcement agencies using a proper judicial process”.

“In that sense actual action could be taken against people committing crimes rather than expecting tech companies to police the internet,” says Ms Cowburn.

However, Mr Wilson argues that too much regulation can prove problematic because “it is very challenging to balance free speech with other considerations”.

With a light-touch approach to regulation, the onus would be on the tech firms to act ethically.

“In my personal view it has been overstated the way these US online companies want to or have a vested interest in manipulating the actual content or information made available by their services,” says Mr Wilson.

More collaboration during the development of technology could also help ward off the need for regulation.

“It would be better to be proactive in the design and development, and have a discussion with experts in academia and elsewhere about what could be the political and societal consequences of these technologies at the R&D stage,” says Dr Coeckelbergh.

The role fintech companies have over the flow of information is a thorny one and there are no easy answers.

However, the stakes are high and it is vital the technology sector, society, legislature and government work together to crack it.

Mr Wilson concludes: “The democratic process itself relies on the free flow of information, so the last thing we want to find ourselves in is this dystopian future where the Silicon Valley companies are controlling information.”