You could fill a few decent sized football stadiums with the number of people now working in the global fintech market. The cacophony of supporters has reached fever pitch. There are more than 10,000 startups# chanting the cause, scrambling for the goal of cash and customers. Some in the industry say it’s overheated, if not overcrowded. This raises the question: are we reaching peak fintech?

Is the fintech market getting too crowded?

In the first half of this year, $38 billion was invested in fintech globally, more than the GDP of Tunisia, according to KPMG. A lot more investment is expected, but the mad frenzy of early-day, first-mover advantage and easy cash from a hyped-up, frothy investment cycle may be waning.

“Venture capital (VC) is now getting tighter, which is raising the level of rigour necessary for a company to get financed. This is a good thing because it’ll help select the more viable ideas and platforms,” explains David Shrier, director of the Oxford fintech programme at Saïd Business School.

“We’re entering a healthy, and necessary, maturation in the funding cycle. It’s a highly predictable and often-repeated function we’ve seen in over 50 years of professional VC funding; it’s sinusoidal. This is only partially coupled to the innovation opportunity for fintech.”

The fintech market is experiencing a shake-up, an evolution and a refining, and as startups fall away, others are being snapped up or incubated by big banks. “Consolidation has been a repetitive pattern in other digitally disrupted sectors and the time for this to happen in finance is on its way,” says Nathalie Oestmann, chief operating officer at Curve.

What we may be reaching is peak money for the many, which could soon be funnelled into the few. “Right now, we need more scaled fintechs, rather than miniature startups. Once the maturity of the fintech market improves, there’ll be space for new players again to build on existing propositions,” says Anton Ruddenklau, head of digital and innovation for financial services at KPMG.

A time for zebras not unicorns

The market is now waking up to the reality that “fintechs aren’t going to take over the world”, in the words of a top HSBC figure recently. However, all eyes are scrutinising firms that have strong revenue models, those gobbling up customers and how fintech unicorns are faring.

“Finally, we’re seeing a shift in fintechs becoming profitable. A number of challengers have ‘grown up’. Fundraising is moving to support them as they grow. This will cause friction in some rounds as we get to the end of the cycle where investors look for returns based on a sustainable bottom line, rather than another buyer,” explains Tom Graham, managing director at Accenture’s Fintech Innovation Lab. 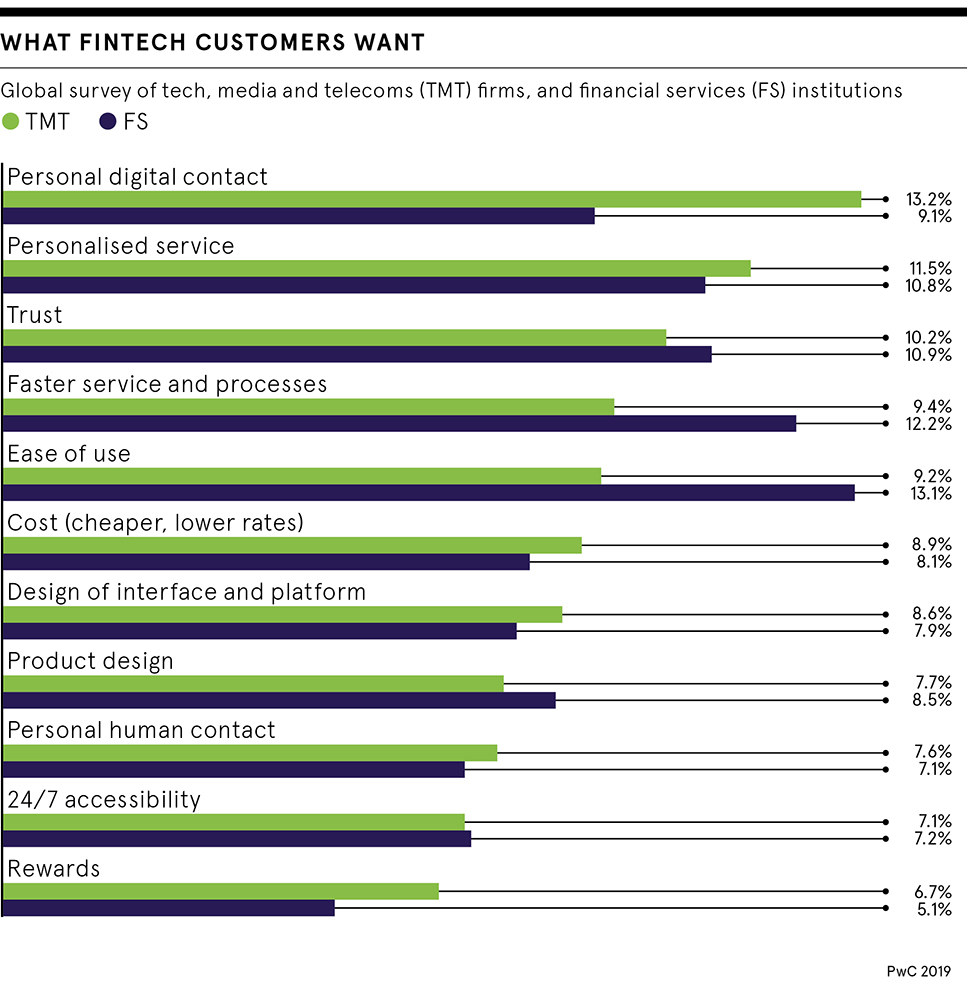 “Our data suggests there’s not a tailing off of new fintech companies. The trend over the past few years has been a number of big players achieving scale and many smaller players taking a specific segment of the market and doing it well. There’s still demand for investment. As long as interest rates remain low, there’s a global glut of money searching for returns.”

Yet the VC world is looking for high growth, robust returns and exit strategies. The next phase of the fintech market is likely to be different, requiring patient capital and patient investors. Attracting customers organically and profitably, scaling businesses and complying with regulation requires deep pockets and staying power.

“We’re obsessed with unicorns, that’s why a lot of fintech firms clamour to be valued as one. Yet, being a unicorn isn’t in most companies’ DNA. Most companies don’t want the intense pressure it brings; hypergrowth just isn’t the main goal,” says Zoe Adamovicz, chief executive of Neufund.

“Instead, many are ‘zebra’ companies providing steady profitability, but at a slightly slower and lower rate. However, such returns on investment don’t fit the VC investment model.”

There are other factors affecting the fintech market. Firstly, the leviathans of financial services, the big banks with their oligopolies, are finally awake. They have the potential to skew any market, globally, dampen or channel investment. They’re increasingly engaged in digital disruption of their own. Secondly, Open Banking is also driving fresh investment.

“The ‘old world’ banks are getting back into innovation, either through their own, direct efforts or through partnerships with fintechs,” says Jane Turner, chief strategy and marketing officer at Centtrip. “The big banks have the advantage of their vast customer base and their capitalisation.”

Then you have a whole new dynamic with big tech. This is the other elephant in the room. Most big banks now have a cloud deal with one of the big providers, whether it’s Google, Amazon or Microsoft. Facebook is also getting into banking, not to mention Alibaba and Tencent; expect more.

“The main challenge that fintech firms face is the possibility of large-scale investments in financial services by big tech – read data – firms,” says Daniel Ferreira, professor of finance at the London School of Economics.

Banking data is the real treasure

Big tech companies don’t have strong desires to be banks themselves, they don’t want the balance sheet or the risk; what they’re interested in is banking data. “These giants have unparalleled data analytics capabilities, which is something that neither traditional banks nor fintechs have,” says Rahul Singh, president of financial services at HCL Technologies.

“Equipped with the right data, they’ll be able to offer more sophisticated, highly personalised financial products and services to customers than big banks ever could.”

Will vast tranches of money still find their way into fintech? Undoubtedly, as long as there are billions of unbanked people and small businesses around the world, as long as the banking experience remains pitifully below what consumers have come to expect in other parts of their digital lives.

Peak fintech is probably far off because much still needs to change. There’s still a lot to digitalise in every facet of the industry. “When you look at the life of, say, a corporate treasurer in even the largest organisations, it’s shocking to see how much of their daily life is manual and mundane. Data-driven automation will change that, eventually,” Centtrip’s Ms Turner concludes.”