Faced with technological disruption, banks are learning to collaborate with financial technology startups, known as fintechs, but the collaboration is not always plain sailing 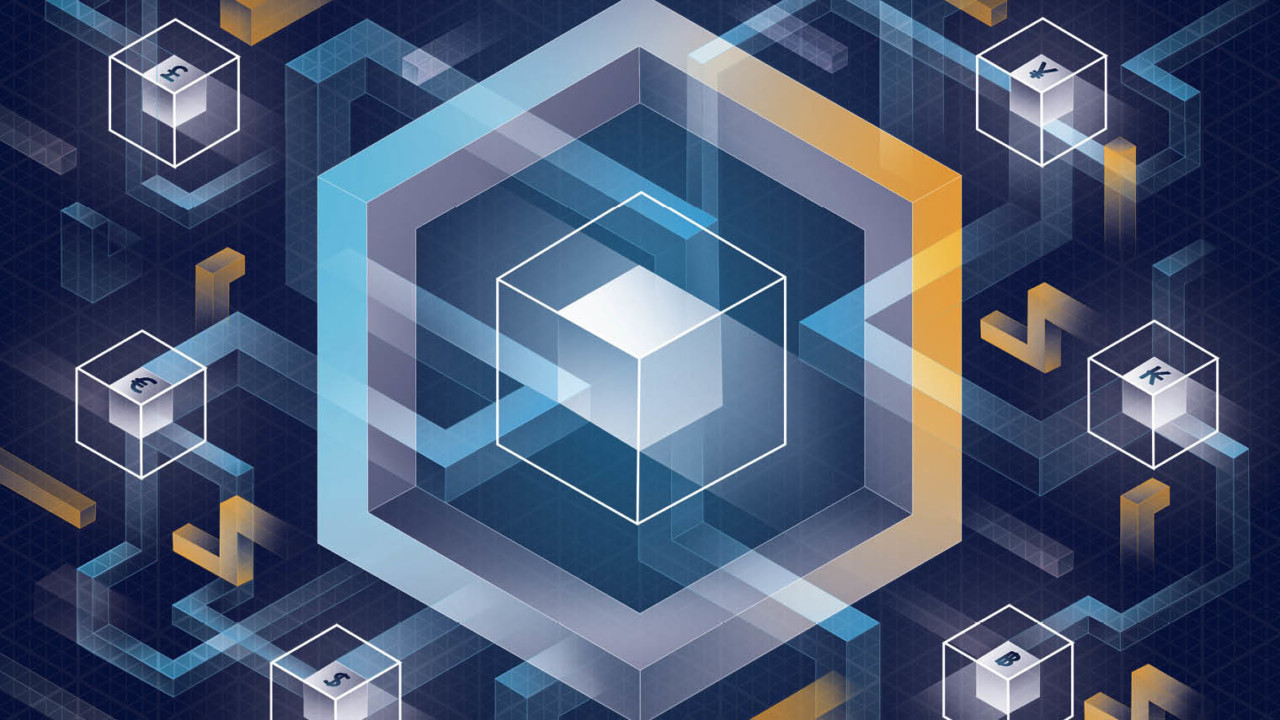 Collaborations between banks and fintech startups are on the rise as the two groups of companies overcome the mutual suspicion that characterised their early dealings and recognise the mutual benefit of symbiosis. However, partly due to different histories, cultures, priorities and expectations, collaboration is not straightforward.

A survey by accountancy giant PwC found 82 per cent of banks, insurers and asset managers intend to increase the number of partnerships they have with fintech firms over the next three to five years. PwC partner and fintech head Steve Davies says: “The banks are looking at fintech as a different way to drive change.”

According to Mr Davies, “every bank in Europe” is now running its own incubator or accelerator for fintechs whose technology it hopes to benefit from, or else forging partnerships with entities such as Innovate Finance to identify fintechs that might help them address specific business challenges.

Digital banking commentator Chris Skinner says most current fintech-bank collaborations are relatively unambitious, focused on incremental change such as helping customers with their budgeting and auto-switching to cheaper energy suppliers, rather than changing the financial system from the bottom up.

“They’re mainly focused around fixing the inefficiencies of the current financial system – things like customer on-boarding with ‘know your customer’ – with a  focus on improving processes, reducing costs and enabling better customer experiences,” he says.

“But there is another sphere outside this which isn’t about collaborating with banks, but actually trying to reinvent the banking system. The banks are trying to retrofit new technologies of distributed ledger and blockchain into their existing structures, but the genie is out of the bottle and there are a lot of other companies saying they can reinvent financial services using technology.”

It seems, however, that many people in the fintech sector, who may originally have set their sights on disrupting, are happy to refocus on incremental developments. Professor Markos Zachariadis at Warwick Business School says: “A lot of the people in fintechs are virtually kids. They thought they were going to take over the world until they were hit by the reality that banking is very heavily regulated and a slow-to-change sector.” 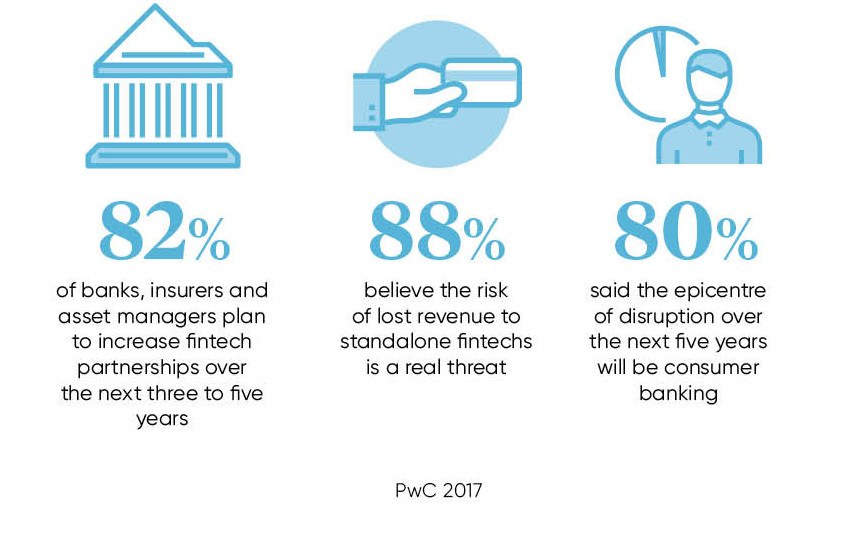 For banks, working alongside “young Turks” in the fintech sector does not always come naturally. PwC’s Mr Davies says most banks in the UK are very risk averse. “The view of fintechs is ‘I’ll build it and then I’ll see what the regulations say’,” he says. “But for the bank it is ‘we’re not going to do anything unless we can do it within the regulatory envelope’. People in banks often have a jaded view of technology. Whereas, if you’re in a startup, it is ‘if we’re not coding within three days there is a problem’.”

The banks’ outmoded  IT, with core systems dating back to the 1970s, can be a problem. Ewen Fleming, partner and financial services leader at Grant Thornton, says: “Most UK banks systems are so old-fashioned they’re only able to relaunch their digital apps once every quarter. If they’re serious about emulating the tech firms, they need to be able to do that every day.”

The presence of silo structures and feuding factions inside banks, and a lack of tech-savvy directors on their boards, does not help either, says Mr Skinner. There are also issues around power. Bankers who fear fintech guys are out to steal their jobs are generally reluctant to enter truly equal partnerships with fintech players.

Lukas Zoerner, founder of London-based fintech startup Mespo, says the banks’ procurement departments can be a barrier. “The on-boarding process isn’t adapted to younger companies,” he says. “For example, some banks have a procurement requirement that you must show three years of accounts. That’s clearly impossible when your company has been around for one and half years.”

In a Warwick Business School academic paper published in June, fintechs interviewed by Professor Zachariadis and his colleague Pinar Ozcan voiced concerns about the pace at which banks were working with them. In particular, there was concern about their slowness in approving products and bringing them to market.

Among the leading UK banks, Lloyds Banking Group is currently ahead of the pack in terms of its early-adoption of fintech and “open banking”, and the new ways of working this requires. The next best is Barclays, with HSBC and RBS seemingly the stragglers.

However, one bank that is taking partnerships with fintechs to the next level is the digital-only startup Monzo, which received its banking licence in April. Monzo has the advantage of being unburdened with outdated legacy systems and procedures. It runs its systems in the cloud on Amazon Web Services.

Phil Hewinson, an ex-Google and Facebook staffer who joined Monzo as head of partnerships in May, says the bank takes two approaches to partnerships with fintechs. “One is developing deep partnerships with specific companies. The other involves building an API [application programming interface] to open Monzo up to developers, who could then start to build experiences themselves,” he says. Essentially this means giving them a playground where they can develop new products and services in a relatively unsupervised way.

When assessing prospective partners, Mr Hewinson says he focuses on how many engineers they have in their company: “If it’s more than 50 per cent [of their staff] that sends a powerful signal that they’re a tech-first company.”