Banks under pressure to deliver when investing in new tech

Financial services firms have been working hard to shed their bulky, old bodies and become slender new businesses. Over the past two years, banks have taken every opportunity to buy, fund or invest in financial technology and fintech startups. Yet no matter how many new ideas they get stuck into, few manage to lose weight.

“To really make innovation happen within a bank you have to have a number of vehicles,” explains Sigga Sigurdardottir, head of innovation at Santander UK.

Dirk Klee, chief operating officer at UBS Wealth Management, adds: “In our innovation labs and partnerships we have with universities, we give them ideas and they come up with a concept. Sometimes we fund pilots to develop solutions to business challenges, but the difficult piece is really how to ensure that this actually works in a bank.”

Innovative young IT businesses have marked differences with many big banks, whose technology environments are acknowledged as being in need of refreshing. “Antiquated” is the word used by both John Cryan, chief executive officer at Deutsche Bank, speaking of his own bank in 2015 and Sam Woods, director of UK regulator the Prudential Regulation Authority, talking about the UK’s biggest banks in 2014. Yet the greatest challenge that banks, insurers and asset managers face is not really one of technology.

Change requires consent, and getting that throughout a big organisation with established practices takes time and considerable motivation

“There is no lack of innovation,” says Mark Beeston, founder partner of venture capital firm Illuminate Financial Management, an investor in five fintech firms. “Banks in particular have been letting go tens of thousands of domain experts every year for a decade, launched into a market where technology is cheaper than ever to deliver and it is easier than ever to find a technologist who can help you turn your domain expertise into innovative technology.” 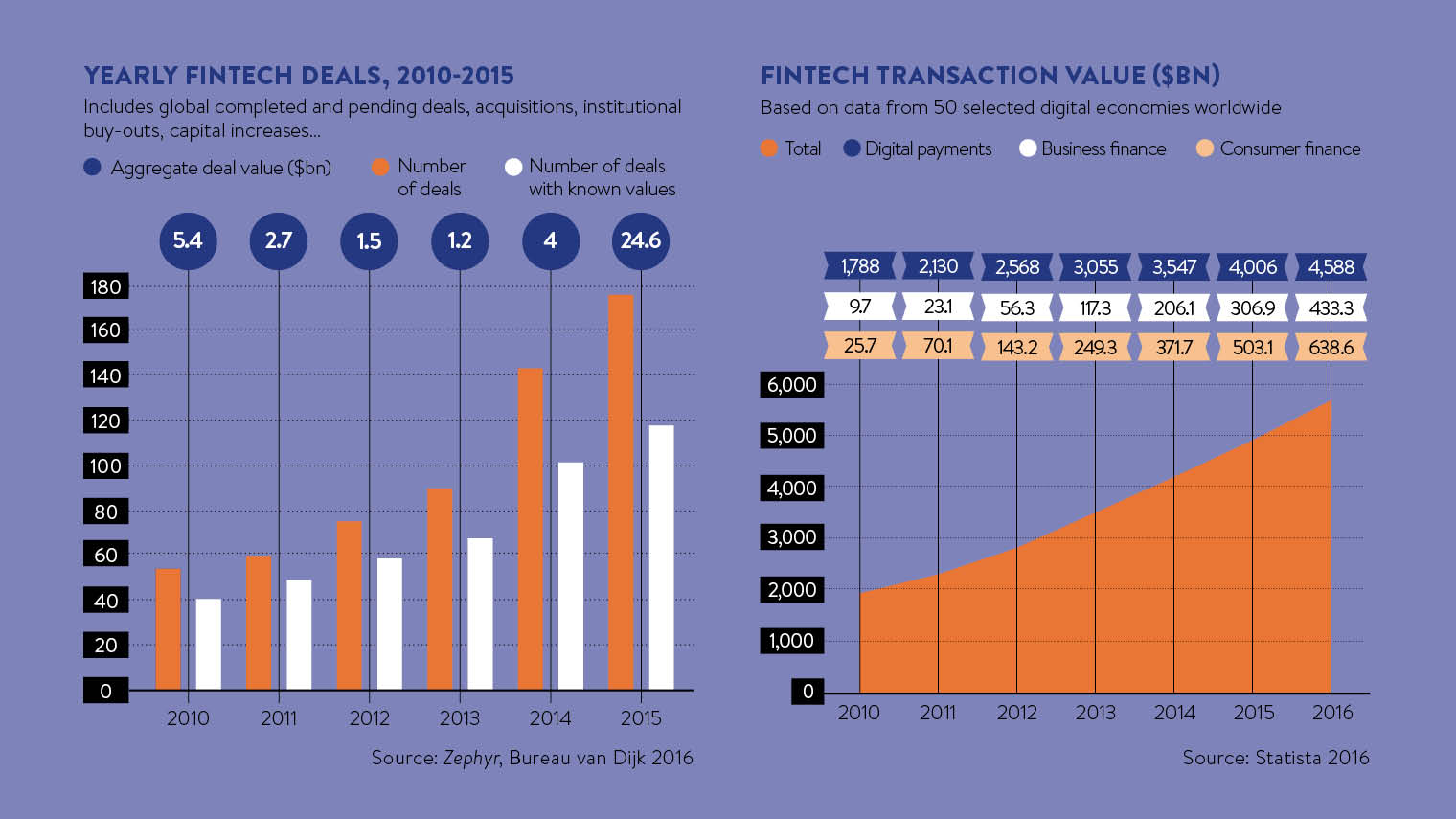 The fintech firms that the banks have been courting use technology, but are really all about inventing new ideas. The real effect of the systems they develop is usually to either make an existing process more efficient or to invent a new process.

“Innovation changes the way people work by a series of measures; people work around a process which defines who does what in a workflow and all pieces of the chain must be adapted consistently,” says Rudi Collin, head of digital transformation for corporate and institutional banking at BNP Paribas. “Sometimes it is one department, other times it is a complex combination of stakeholders, including other banks and infrastructure players like a stock exchange, and you need to get critical mass.”

Achieving this critical mass touches upon the real challenge that banks face when they try to innovate; change requires consent, and getting that throughout a big organisation with established practices takes time and considerable motivation. For example, the use of blockchain, the distributed transaction validation model that underpins Bitcoin, is being explored as a very real alternative to the complex transaction networks that currently exist for use with currencies and financial contracts.

“If you want to create digital assets and exchange them effectively, and have them settled using the blockchain, you need at least one other party to work with you, otherwise the chain doesn’t connect anything,” says Mr Collin.

Failure is not an option

There are broad cultural differences between the banking world and that of smaller entrepreneurs. One of the ideas frequently cited among startups is “fail fast”, the idea of testing ideas, dropping anything that does not work then moving on to a new model. Banks cannot consider their resources as disposable in the same way, observes Mr Klee.

“The tolerance for failure in a bank is low; compare it with big tech firms that bring out a new release on their system every two weeks and where there seems to be a high client tolerance of failures,” he says. “I am sure if a bank acted in the same way it wouldn’t be solvent. Our proposition is built on trust and we can’t break that trust. Our innovation and going out to the broader public by definition can’t be as a first-mover.” 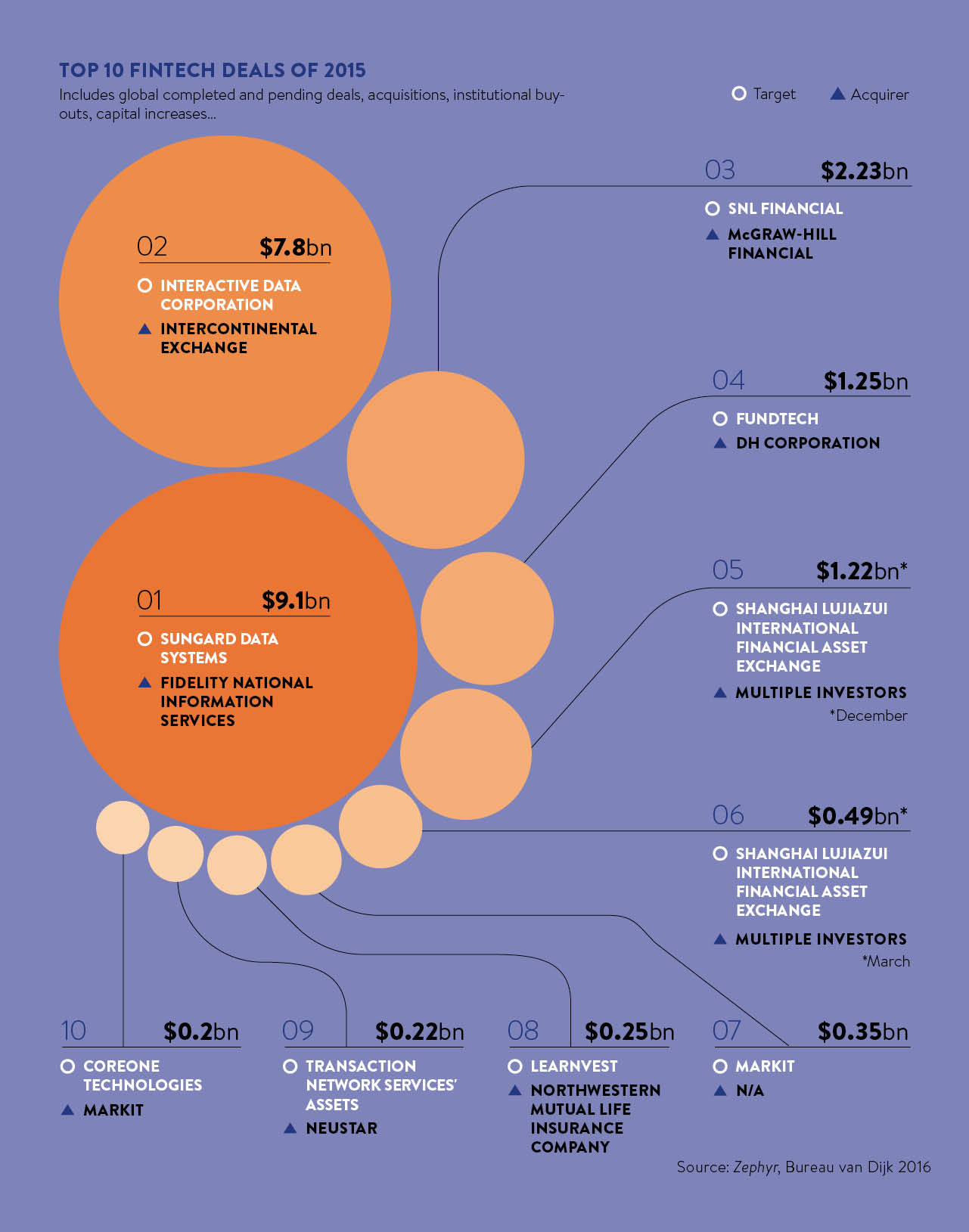 Risk aversion, a welcome characteristic for the customers who entrust their money to financial firms, can naturally provide a brake on the speed of change. In part this is reflected in the hesitancy to change important but old technology or processes, along with the firm’s culture. Yet resistance to change as a proxy for risk management may be missing the point, says Mr Collin.

“We always talk about change with the perception that we move from one stable situation to another,” he says. “I don’t think that is right; there is no such thing as a stable situation. Innovation should be based on the mindset that if you do not move and change, you die.”

When changing a process and technology within an organisation, there is a three-part cycle of innovate, validate, adopt, Mr Beeston explains, and with innovation being firmly supported by investment, the validation and adoption processes need to be assessed.

“The problem is actually validation,” he says. “Perhaps all managing directors need to spend an hour a week validating early-stage financial technology, with their views and results sent to the head of innovation within the firm. That is a cultural change from within that keeps innovation as a core part of the business.”

Validation at the core

Financial institutions know they have to modernise; they have to generate results from their investments in fintech and identify winners from the many potential ideas considered.

“How can we ensure that we focus on relevant pieces and not get lost in the jungle of innovation?” asks Mr Klee. “We have defined core themes looking five to ten years out in an increasingly digitalised world. Then we defined which elements of our core value proposition will survive and we consequently make predictions. If we aren’t convinced that something will be relevant in five to ten years, then we leave it for now. This in turn allows for healthy cannibalisation of an existing business model as we look to build the future business model.”

The ideas that are generated and validated must then be brought into the business so that the teams who will be affected by them can begin to test and ultimately adopt them. There is no single method for this process, but ensuring that existing technology can easily be interfaced with and business units are accessible to the innovators is crucial.

Ms Sigurdardottir says: “We have been creating local innovation teams – I report directly to the UK CEO. We are introducing new processes and new ways of working. We collaborate with the rest of the business, using co-location in order to support working together.”

Where a new way of working might disrupt the status quo, it is a mistake for a firm to hide its head in the sand, adds UBS Wealth Management’s Mr Klee. If an old business model is going to get consumed by new ways of operating, moving ahead of the pack gives time and space to adapt.

“As the market leader, which we are in wealth management, you should be the first one to challenge your business model; because you will have the power to compensate for potential changes in your revenue streams, you will have the time to build up a successful new model,” he says. “But this is not an easy path.” 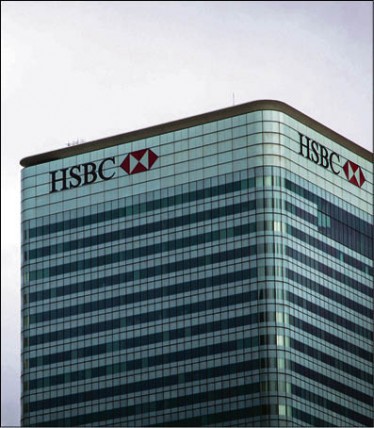 HSBC has developed an Innovation Team to address both innovation strategy and investments – with the customer at its centre.

“Our approach to innovation is embracing it in a way that is secure and I think that is unique,” says Christophe Chazot, group head of innovation at HSBC. “We have developed our own methodology to approach this. While we could roll out products more quickly, we have a duty of care to fulfil.”

The team works with the business, developing a forward-looking view of innovation and identifying important topics. It is also responsible for engaging with internal innovators and startups that have matured sufficiently and can bring expertise and tools to support the strategic themes the team has identified. Usually the firm invests minority stakes of between $5 million and $10 million.

Philippe Henry, head of banking for Continental Europe and Africa at HSBC UK, says: “A lot of fintech startups have developed good concepts, but they will be judged on their capacity to deliver.”

When innovating in a given area, the bank pulls together virtual teams of domain experts from within the bank. Innovation labs are an important part of the development process, bringing the bank, clients and third parties together in one room to test ideas.

Anticipating a world in which banks will leverage more external resources than before, defining what is important to the bank is crucial as is developing the skills to achieve it, including from outside banking. 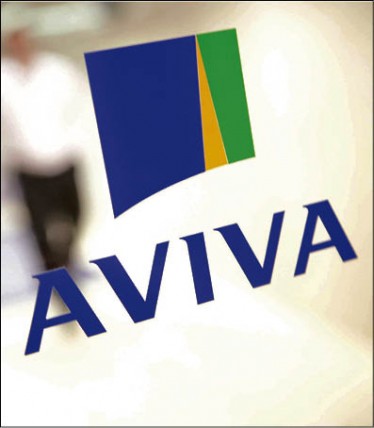 Andrew Brem, chief digital officer at Aviva, believes the firm’s digital transformation must be firmly grounded in the real business to be effective.

“There is a real danger in a business like ours that we get seduced by the heat of the west coast of America,” he says. “We are part of that, but it is not the whole story.”

Aviva’s digital team look for ways to capitalise on segments of customers whose needs are not being met, specific needs of new customers and alternative business models in the sector.

There are two “digital garages”, one in Singapore and the other in London, which act as microcosms of what happens in the wider digital unit. Within these spaces are a range of digital experts in design, marketing, data analytics and engineering sitting alongside the self-service insurance business Quotemehappy.com in London and the Navigator investment portfolio administration service in Singapore.

“Having a real business in the garages is very important. These are places where we make digital products and services that consumers will want and pay for,” says Mr Brem. “We are grounded by sitting next to people who run businesses with hundreds of thousands of customers.”

However, while the garages play a big role in inspiring and intriguing the rest of the business, he stresses that a huge amount of innovation happens out in the wider business.