The traditional banking model that has served financial institutions for centuries is under fierce threat. But while any one company’s greatest rival used to be found within its own industry, that’s no longer necessarily the case. As global tech corporations continue to boom, they’re increasingly hustling to transform themselves into sector-straddling giants with the world of finance in their crosshairs. They’re capitalising on the emergence and popularity of a platform economy and to keep up Wall Street and others must innovate at breakneck pace.

The likes of Atom Bank, Monzo, Starling and Revolut, which represent the intersection between finance and technology, have capitalised on consumers’ waning trust in the traditional banking model, partly borne out of the 2008 financial crisis.

The so-called challenger banks have been quick to recognise savers’ appetites for a digital-first banking experience, where they can do everything seamlessly from their mobile phones.

According to research conducted by the analytics firm CB Insights, mobile accounted for just 13 per cent of customer banking engagements in Europe in 2011. But the bold bet these new players made at the time of their launch that mobile would become the dominant platform for retail banking distribution, has unquestionably paid off. By 2016, mobile customer banking engagements across Europe had risen to 56 per cent and that proportion continues to swell.

Established banks with a retail arm now all have mobile offerings and many are sophisticated, but the majority still require face-to-face contact for certain services, such as opening an account. Their pivot to digital is not complete. As customers become less inclined to visit physical bank branches, mobile-first alternatives are cementing their hold on this segment of the market.

In China, as of late last year, Alipay and WeChat were believed to have more than 1.3 billion mobile payment users and accounted for 94 per cent of that market by some estimates, representing one of the most prominent threats to traditional banks. 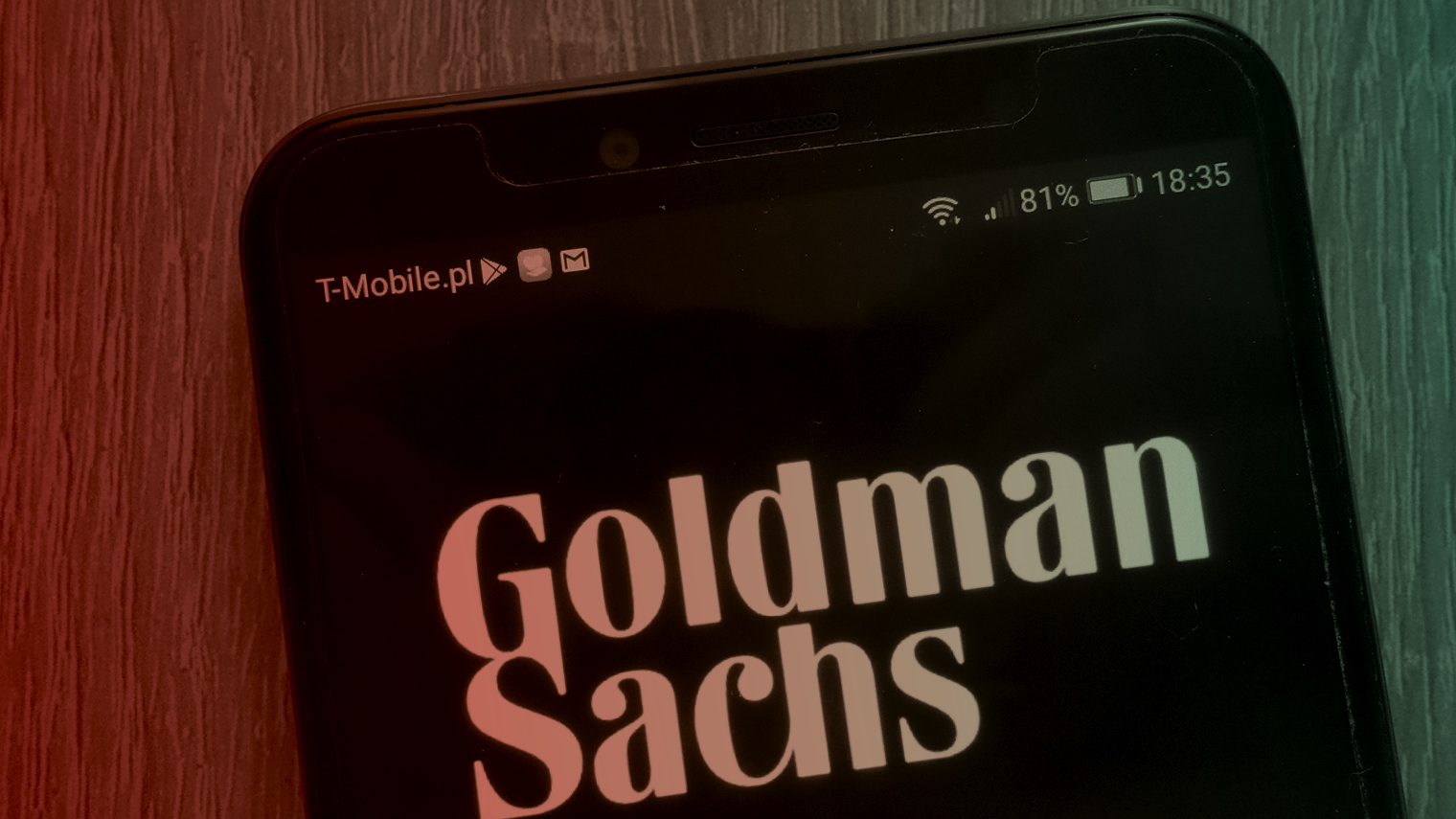 The digital-first strategy inherent to many fintech businesses also means they’re agile and can provide swift customer service. This is of great value in a world where consumers have become accustomed to a platform economy and expect instant gratification, through the availability of next-day delivery and on-demand entertainment.

Big tech companies, meanwhile, with their vast financial resources and strong brand loyalty, have the firepower to be more experimental in their approach, thereby putting pressure on the traditional banking model.

Apple earlier this year announced it was teaming up with Goldman Sachs to launch a credit card linked to its Apple Pay service. While demonstrating Apple’s appetite to explore and attempt to disrupt new markets, it exemplifies how big banks are being forced to respond to the changing world of consumer finance, as well as big tech’s ability and clout to reinvent themselves across a range of industries.

In 2018, Goldman Sachs launched Marcus, a digital retail bank, to head off the competition from fintech startups and tech companies. Royal Bank of Scotland recently snapped up a 25 per cent stake in Loot, a startup that aims to help young people save. A digital bank called Bo is currently under development through RBS’s NatWest brand and is slated to launch later this year.

“Digital disruption has changed every industry and will continue to do so,” says Jo Hannaford, head of technology at Goldman Sachs for Europe, Middle East and Africa. 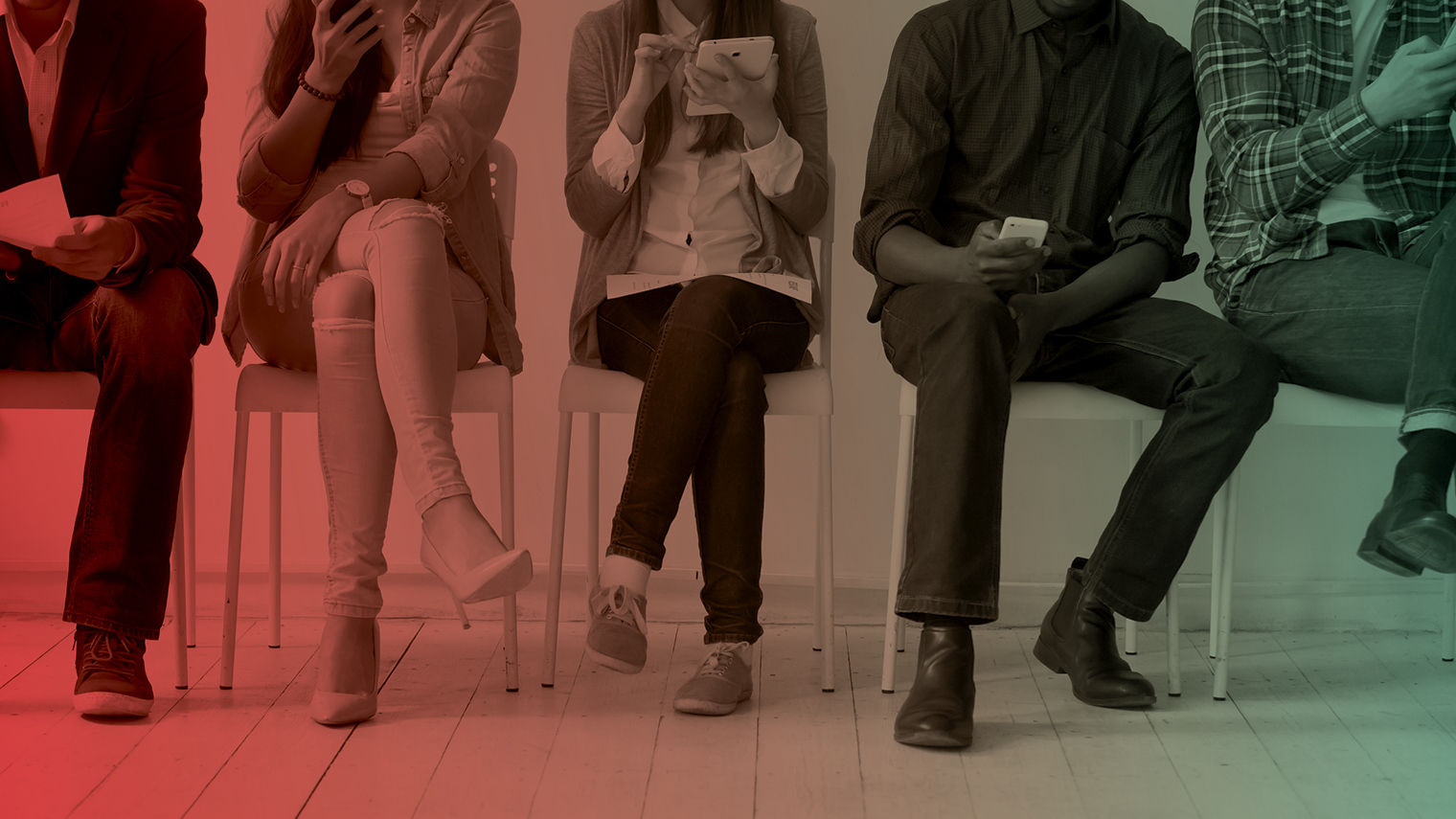 Graduates’ priorities have changed when it comes to choosing an employer. Over the last decade since the financial crisis, those entering the workforce have increasingly come to value purpose over pay.

Lovell Corporation, a Canadian marketing company, published research in 2017 that found Generation Z – those born between the mid-1990s and early-2000s – to be a generation of “change-makers”. The top career choice for this demographic in the survey was entrepreneur, with a large proportion also citing the not-for-profit sector as their top pick.

Tech companies, particularly startups, have recognised that for prospective members of their workforce, the opportunity to feel like more than a small cog in a large machine is a massive incentive. Though most of the large banks have jostled to keep up in this respect – launching incubator programmes for employees to pursue their own projects, rolling out mentorship schemes and championing projects that drive a social cause – they’re in many cases still battling a reputational challenge.

Big banks are not traditionally associated with entrepreneurship and philanthropy. They’re widely perceived as profit-focused meritocracies in which it can take well over a decade to reach a management position that has a real impact on the broader organisation.

“This is exactly why, as well as focusing on strategic recruiting initiatives, we also partner with organisations that work to encourage more people into technology careers,” she says. 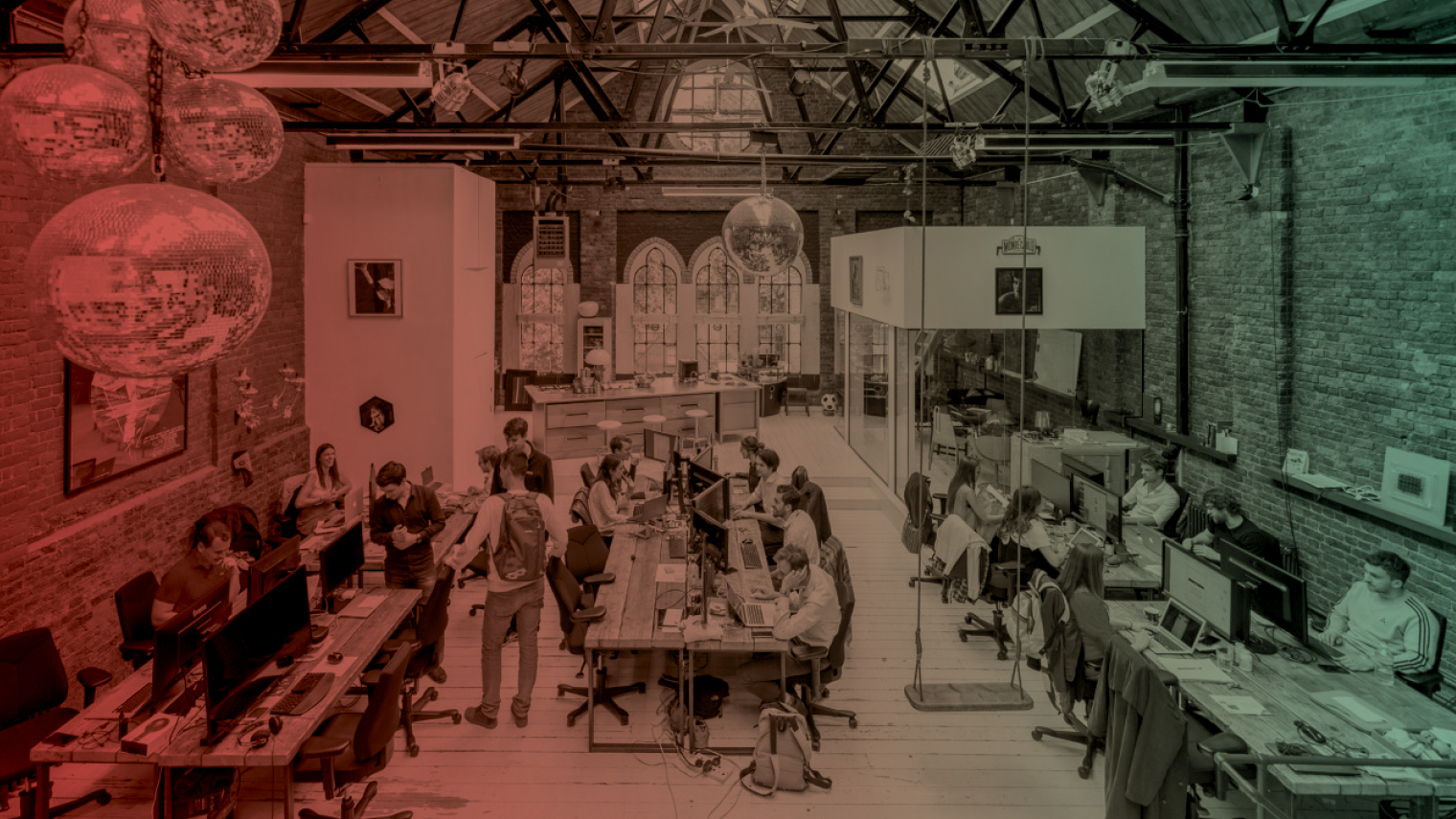 At the higher end of the seniority spectrum, the challenge big banks face from tech is just as real. Financial institutions, which for years had relied on prestige, brand name and pay to retain top talent, are dealing with an increasingly discerning generation of workers.

Beyond compensation, regular pension contributions and job security, employees increasingly expect to work for an organisation that puts their values at the centre of organisational strategies and aligns with their own culture. Individuals want to work at a company that understands the importance of diversity, whether in terms of gender, ethnicity or something else.

Again, many established banks have put measures in place to de-emphasise a culture of presenteeism, but reputation and image often take longer to change than true organisational structures. Startups and tech companies often have an edge only because they don’t have a stereotype to overcome.

Martin Kissinger, founder and chief executive of Lendable, a UK peer-to-peer lending platform, says fintech startups “are only as good as the people they hire” and “culture is critical to bringing the best and brightest into the business”.

“Companies like Lendable carefully cultivate an atmosphere of collaboration and execution, while having fun and offering a modern office and work environment, in our case, a large loft in [London’s] Shoreditch,” Mr Kissinger explains.

“Hierarchies are flat, there is no facetime, output is all that matters, serendipitous co-operation within the company is encouraged,” he says. “This allows us to make our customers’ and employees’ lives easier, and stay agile as a company.” 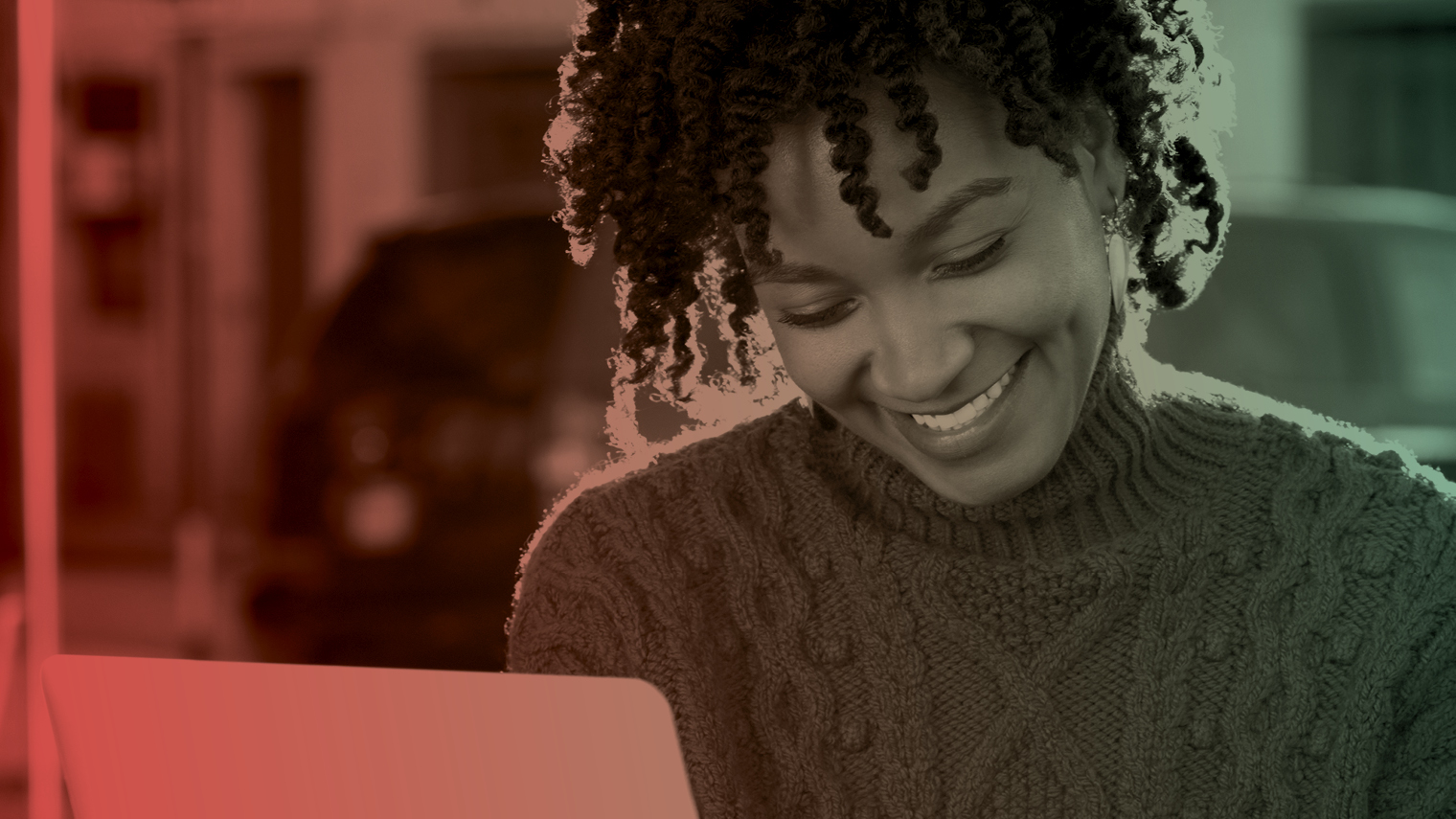 Under open banking regulation, mandated by the UK’s Competition and Markets Authority and introduced in January last year, banks must disclose performance and fee data, making it much easier for customers to compare products and providers. The rules also force financial institutions to use open application programming interfaces, or APIs, which enable customers to share their information easily with other providers.

Shortly after the new laws came into effect, Stanford Swinton and Eduardo Roma, two partners at Bain & Company in London, wrote in a report that the move would make it much easier for customers of big banks to transfer their accounts, manage payments and conduct transactions through other competitors, including non-banks, such as tech companies.

“Big banks face the prospect that many of their customers may seek out the convenience of digital aggregators, taking their accounts, and the profit pools they represent, with them,” the partners wrote.

Bain & Company predicted that as much as 10 to 20 per cent of banking profits could be at risk of disruption as a result of open banking and within half a decade up to £2 billion of annual pre-tax profits could be vulnerable to disintermediation. It also found that 63 per cent of big bank customers in the UK would be willing to share financial information concerning their accounts with a competing bank, fintech or aggregator, such as a technology company, if it meant they could secure a better offer.

Customers below the age of 55 with an annual household income of at least £55,000 are most receptive to competitors’ appeals, according to Bain & Company. And a majority have already adopted at least one fintech solution as an alternative to a traditional banking model, such as Apple Pay.