Financial regulation is about to enter a whole new era. The incoming administration of President-elect Donald Trump has signalled its intention to dismantle a key aspect of Barack Obama’s legacy – the Dodd-Frank Act. This vast and complex piece of legislation, passed in July 2010, was designed to purge the financial system of some of the excesses that caused the 2008 financial crisis and make bailouts history.

In November, Mr Trump’s nominee for Treasury secretary, ex-Goldman Sachs partner Steven Mnuchin, indicated that the new government would “strip back” Dodd-Frank. The legislative package is “too complicated” and “cuts back on lending”, he says. Republicans in Congress are already preparing legislation, which will roll back the landmark act, and are winning the support of powerful industry groups.

Professor Philip Booth, of St Mary’s University Twickenham, who is editorial and programme director at the Institute of Economic Affairs, would welcome Dodd-Frank’s demise. He believes the regulatory response to the crisis has, largely, failed.

“In the short and medium term, bank capital regulation has stifled lending, forcing banks to shed assets and rein in the amount lent to categories of borrowers deemed riskier by international regulators,” he says. 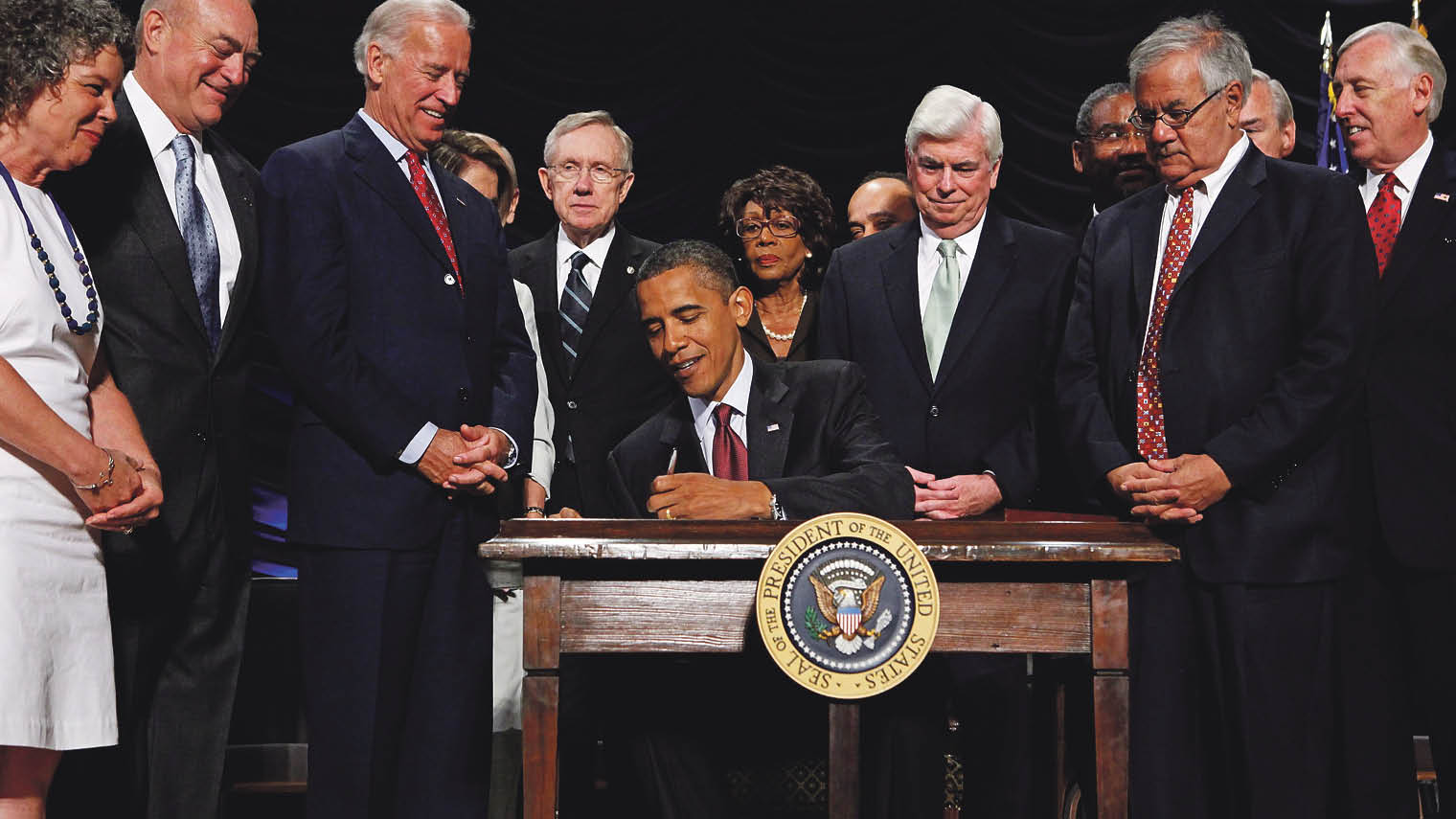 In the UK and Europe, Professor Booth says the EU’s cap on bonuses, introduced from January 2014, has distorted behaviour. “As you’d expect, pay packages have risen to compensate for that. Whereas bonuses used to be a safety valve, they can no longer be used in this way,” he adds.

Speaking at the Institute of International Finance annual meeting in Washington in October, JPMorgan chief executive Jamie Dimon argued that a combination of more stringent capital rules and stress tests have taken the stuffing out of Europe’s banking sector.

“European banks have been deleveraging and catching up for seven years. Let them stop, digest it and finance the economy – and that’s really important for Europe, where 70 per cent of the economy is financed by banks not the capital markets,” Mr Dimon says.

However, mindful of the causes the 2008 crisis, Philip Augar, a former investment banker and author of bestselling books including The Death of Gentlemanly Capitalism, does not wish to trash the post-crisis reforms.

He says: “They’re making a difference. They have required banks to hold more capital, which has made them more conservative and hence safer. And they’re forcing banks to restructure in ways that make it harder for banks to mix capital between different parts of their business. I would say the reforms were long overdue. In fact, I’m not sure they go far enough.

“If post-crisis regulation has caused distortions, these are necessary distortions. Banking should be a utility industry, not a growth industry, and society needs banks that recognise that.”

Learning from past mistakes

Today’s global financial system has been shaped by successive waves of deregulation since the 1980s. These included the Big Bang of 1986 in the UK, the 1999 repeal of the Glass-Steagall Act in the United States – which, from 1933, banned US banks from engaging in both retail banking and investment banking – the refusal of the Clinton administration to regulate derivatives, the gradual easing of capital rules, the Basel Accord of June 2004, and the introduction of International Financial Reporting Standards from January 2005.

The liberalisation arguably created an environment that was replete with moral hazard, when banks do not suffer the consequences of their own mistakes, as they were able to gamble crazily, while being overdependent on flawed economic and financial models, and becoming “too big to fail”.

If post-crisis regulation has caused distortions, these are necessary distortions

According to Professor Booth, the internationalisation of regulation between 1979 and 2008 was “monumentally irresponsible” as it encouraged herding and intensified systemic risk by ensuring that mistakes within the system were amplified on the global stage. He says internationalisation also brought “regulatory capture”, as it made it impossible to hold faceless technocrats who peopled the Basel committee to account.

He adds: “In the run-up to the financial crash, the extensive international framework for bank regulation – the Basel Accords – explicitly encouraged securitisation and the development of the complex instruments that were at the seat of the crash.

“In addition, US interventions by the central banks over the 40 years before the crash stoked up moral hazard by using lender-of-last-resort facilities to support banks that should have been allowed to fail. Furthermore, as regulation becomes more complex, the methods by which regulations are gamed become more complex and the whole financial system becomes more opaque which itself increases risk.”

Stanford University professor of finance Anat Admati does not believe that post-crisis capital regulations have remedied this. Writing in Just Financial Market: Finance in a Just Society, she warns: “Contrary to claims by many, the reformed capital regulations are overly complex, dangerously inadequate and poorly designed… The measures of financial health are unreliable and can lull regulators and the public into a false sense of safety, just as happened prior to the crisis.”

In an environment of stubbornly low interest rates, in which risk-taking has been constrained by higher capital requirements, some banks are struggling. Many Italian banks are considered to be on the verge of bankruptcy. The Royal Bank of Scotland has not made a profit since 2007, with cumulative losses since the bailout of £53 billion.

RBS strategy director George Graham has argued that banks with capital rules and low rates mean the traditional banking model is obsolete. Mr Graham says: “The return on equity for the larger UK banks averaged 2.4 per cent [in 2014]. That’s not a sustainable level. That doesn’t build capital, doesn’t support lending growth, doesn’t fund IT investment and leaves open huge opportunities for competitors without the same burden of legacy costs.”

Together with post-crisis “regulatory Balkanisation”, which is increasingly requiring international banks to maintain capital for each of their national subsidiaries, these pressures are forcing many once swaggering global-universal banks to shrink in size. As they retreat from international markets they are also culling staff, closing branches, and prioritising newer distribution channels including mobile and digital banking at home.

Many thinkers, including Professor John Kay, author of Other People’s Money, believe it needs to be simplified and big banks should be further broken up.

In his The Dog and the Frisbee speech in July 2012, Bank of England executive director Andy Haldane agrees it would make more sense for the people who devise financial regulations to focus on a few simple standards based around capital and total borrowing, arguing that complexity was making it hard for authorities to spot and avert crises. “Modern finance is complex, perhaps too complex… As you do not fight fire with fire, you do not fight complexity with complexity,” he says.

Professor Booth would favour a return towards the so-called “free banking” that existed in Scotland in the 18th and early-19th centuries, when bank shareholders bore more risk, and there was no lender of last resort and no bailouts. “That would force banks to hold even more capital. The collapse of an individual bank would cause a shock to the system that would make banks even more cautious. If you create a welfare state for banks, you get much worse banking,” he concludes.