The apocryphal Henry Ford quote, “If I asked people what they wanted, they would have said faster horses,” applies to technology investment by banks. Most do not want to alter their underlying core technologies because they fear change.

Consequently most banks are riding “faster horses” when what they need is a car. Their last-generation technology is antiquated, according to the Prudential Regulatory Authority (PRA), the Bank of England’s supervisory arm for financial firms. Banks struggle to offer modern services as a result and are struggling to manage the cost of maintaining many, ageing technology platforms.

Aymen Saleh, partner at consultancy Boston Consulting Group, which benchmarks bank IT spending, says: “Among the banks, only a small handful have made an investment to simplify their technology and make it modular. They are now in a far better position than the others in addressing the three priorities of regulatory pressure, service provision and cost.”

For those that have not invested, the risk of technology failure from poor integration or mismatched performance levels is a threat that regulators are taking seriously.

“It is like a ticking time bomb,” says Alex Kwiatkowski, senior marketing strategist for banking and digital channels at banking system provider Misys. “You have ageing legacy systems that are asked to do things they were never designed to do. Core banking systems that were adequate in the era before online banking, smartphones and tablets are expected to deliver new services, new products and new features.”

Authorities are pushing banks to change. Following a service outage in 2012 at Royal Bank of Scotland Group that affected 6.5 million customers for several weeks, UK regulators the Financial Conduct Authority (FCA) and the PRA began a joint exercise to examine the critical infrastructure and technology platforms of the largest eight deposit takers.

The PRA, launched an assessment with the FCA in October 2014 after identifying “a lot of issues which were not satisfactory”, according to a source close to the regulators. The new review, expected to conclude in July 2015, will assess progress and increase the scope to investigate the state of systemic technology, rather than limiting itself to individual firms alone.

Boston Consulting Group estimates that technology costs anywhere from 15 to 20 per cent of operating expenditure, which increases to 30 to 40 per cent for middle and back-office operations. 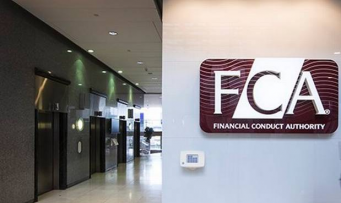 Mr Saleh says: “It is a sizeable part of the bank P&L [profit and loss statement]. Pre-crisis banking had relatively inefficient technology set-ups because banks were profitable enough to carry inefficiency. Today the situation is different”

Mainframes, which since the 1960s have been the core storage and processing computers used to manage accounts, are very reliable, but also very expensive. Technology services firm GFT says that mainframe running costs, including those of mainframe applications, represent around 30 to 40 per cent of the total IT budget in banks.

Enrique Perez Fernandez, mainframe optimisation specialist at GFT, says: “This running cost keeps growing at the rate of 5 to 10 per cent a year, forcing organisations to look for initiatives in order to reduce costs and compensate the normal growth. The consequence is that the percentage of budget available for strategic projects increases. Replacing mainframe infrastructures with more cost-efficient architectures can reduce the costs associated with mainframes by 50 per cent.”

If every bank maintains a similar level of service they can all maintain a similar rate of technology refresh. However, if service levels are exceeded by one competitor, the others will strain to catch up.

New players in payments, fund management and basic loans in emerging markets, such as China’s Alipay, have lower cost bases for technology and are leapfrogging traditional banks in speed to execution and quality of data management, says Mr Saleh.

“One would expect some of those new players to migrate to mature markets which are more competitive,” he says. “It is harder to fight a competitor if your cost income ratio is 60 per cent and theirs is 20 per cent.”