According to Microsoft president Brad Smith: “If you create technology that changes the world, the world is going to want to govern you; it’s going to want in some measure to regulate you.” This is certainly the case with cryptocurrencies.

When things go wrong, they attract the interest of regulators, and some things have gone wrong in crypto with warnings of cybertheft, trading outages or allegations of market manipulation.

The two big regulatory questions are how and when. Events have led to a handful of outright bans and a few enthusiasts jockeying for jurisdictional position, but for most markets the approach is optimistically cautious. Regulators around the world are trying to figure out how they should treat cryptocurrencies, while the industry wonders when they can expect firm regulations.

Cryptocurrency regulation is necessary, but not urgent

John Salmon, partner at law firm Hogan Lovells in London, says: “What is driving regulation is the worry about scams, terrorism, anti-money laundering laws, know your customer and so on, and there is also the concern about investor protection.”

The regulators want protection against risks, while the industry wants innovation. Ryan Zagone, director of regulatory relations at Ripple, says: “What we are seeing is a global conversation about the balance between risk and innovation.”

Coming to terms with the issues requires education for regulators and industry. However, the issues need to put be put into the perspective that the size of the cryptocurrency market is considerably less than its reputation and headlines. These headlines cast a giant shadow and there is a danger of seeing the threats as being greater than they are, which will destroy the benefits.

Mr Salmon explains: “The market is less than 1 per cent of GDP, so regulators aren’t so concerned about financial resilience effects.” However, he says: “Scams are out there, they need to be addressed and everyone knows this, but we don’t want to stifle the industry, and if cryptocurrency regulation comes too early then we could end up with bad regulation.” 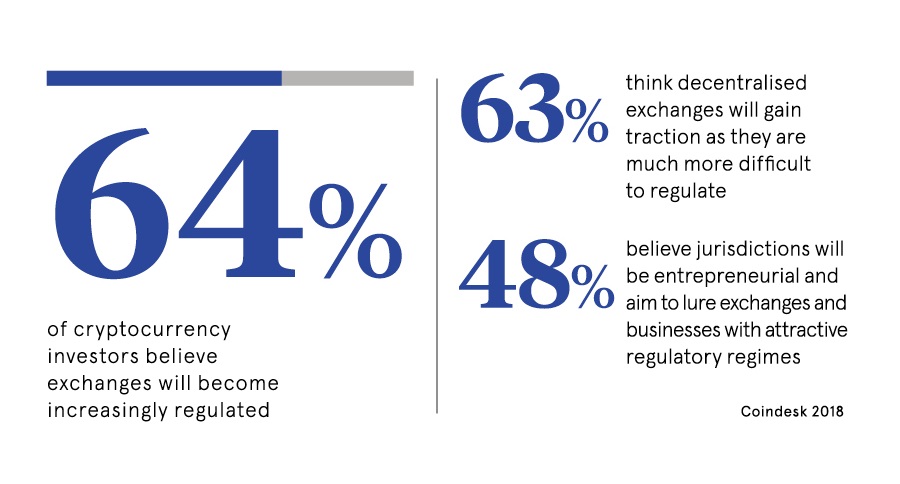 The benefits to cryptocurrency regulation are clear in the certainty of use and value, good consumer protection, excluding bad players, and ensuring cryptocurrency is used for legitimate and good economic reasons. Understanding how regulation will evolve requires viewing the challenge in three dimensions: economic, technological and legal.

The economic question is why have there been so many booms and busts in cryptocurrency? The simplest answer comes from economist Nouriel Roubini of Roubini Macro Associates and New York University’s Stern School of Business. He criticises bitcoin and other cryptocurrency as the “biggest bubble in human history”, comparing it to the 17th-century tulip crisis.

However, Dr Roubini, also known as “Doctor Doom”, is probably off the mark. As Dr Andrei Kirilenko, director of the Centre for Global Finance and Technology at Imperial College Business School in London, notes: “There have always been booms and busts in various financial markets, especially as new assets are invented.”

Mary Starks, director of competition at the Financial Conduct Authority, says: “Most people now view bitcoin and other such coins as an asset class rather than a means of payment, hence ‘crypto assets’, which is probably both cause and effect of swings in the value.” She adds: “This has a range of public policy implications.” The good news is regulators and industry want the same thing: certainty.

Turning to the technology, Ms Starks says: “We will need to understand this technology, its strengths and its vulnerabilities, and its implications for competition, much better before we are comfortable to entrust it with significant swathes of our financial infrastructure. We need to ask ourselves as regulators what we should do so that we are not inhibiting the benefits nor overlooking the risks.”

The evolution of cryptocurrency will continue in a process of trial and error as the user experience and understanding improves, which brings in the legal aspects. The challenge regulatory authorities and the industry face is that cryptocurrencies are so new that they do not fit neatly into laws that were passed decades ago prohibiting misconduct in the securities and commodities markets. “It will take time for those regulations to catch up,” says Paul Anning, financial institutions group partner at law firm Osborne Clarke in London.

Market participants are campaigning for cryptocurrency regulation because it brings the much-needed benefit of certainty. Mr Salmon explains: “The priority is dealing with the uncertainty and to achieve this the industry needs a consistent taxonomy to deal with the problem of different terms being used.” Mr Zagone agrees: “Regulatory certainty is needed and greater co-ordination. Self-regulation works where you have a mature industry and strong governance. This technology is at an early stage, so it is too early to be an option, but could be in the future.”

With legal certainty comes the benefit of confidence. Matt Bisanz, financial services regulatory and enforcement associate at Mayer Brown in Washington, says: “Safeguards and protections will inspire confidence. We’ve seen this with other technology developments, like online grocery delivery. When it was first launched there were doubts, but it happened in incremental steps and we are now comfortable with it. There was trial and error. The same will happen here.”

The snapshot of cryptocurrency regulation is that much discovery work is being done this year, which will create the foundation for making 2019 the year of cryptocurrency regulation. The G20 expects to have proposals out next month, and other national and industry bodies are mulling their options. There is a global process of learning and reflection to ensure regulatory goals are achieved, while making sure innovative energy is not quashed. “I’m more optimistic now than I’ve ever been,” Mr Zagone concludes.