David Beckham’s Instagram feed is a primer on the borderless brand. The lavishly coiffured former footballer pops up in Indonesia to work with Unicef, in Japan to sample Kobe beef, in Miami to launch his new Major League Soccer Club, and recently in Paris to launch a Vietnamese luxury car brand. His average photo gets a million ‘likes’.

Mr Beckham is international – part of the reason why he makes a reported £1 million a month, long after retiring. He is also a glimpse into the very near future. Where Goldenballs treads, businesses follow, recognising that national borders are immaterial. Consumers are everywhere – and brands should be too.

Some people learn by accident. British shoe entrepreneur Shaherazad Umbreen recently won Exporter of the Year at the National Best New Business Awards, despite wandering into export pretty much by accident.

“I sell to Kuwait, Germany, the USA, Australia and Hong Kong,” says Ms Umbreen. “A total of 21. And I do it all online. People buy my products in markets I’d never even thought of! My first orders came from expats, and it’s grown from there.”

Her model is online and low cost. She has a slick website, showcasing her red-carpet style footwear. Her marketing budget is tiny: she invests a little in search engine optimisation, and the rest is via social media posts, which cost essentially nothing.

“We do Facebook, Twitter, and Pinterest. With the right marketing you can reach markets no matter where they are. The last product we launched sold out in 48 hours.”

Her message is that businesses need to wake up to the rise of the global consumer. “It’s totally true. I sell shoes to Indonesia. In no way was I targeting Indonesia”.

Research by investment banks points to the same conclusion: a wealthy middle class of consumers is emerging across developing and developed markets, and they are prepared to buy online from foreign vendors.

The Demand Institute, a joint venture between a coalition of major businesses and Nielsen, a consumer data analyst, forecasts that the number of connected spenders – consumers with internet access and cash to spare – will rise from 1.4 billion in 2015 to 3 billion by 2025. In emerging markets, the growth is down to better internet connections, and in richer economies it will come from digitally savvy consumers with enough income for discretionary purchases. Either way, it’s a golden opportunity for businesses to multiply their market base by several orders of magnitude.

Forward-thinking brands are rushing to position themselves to be globally accessible. Pablo Isla, chairman and CEO of Spanish clothing group Inditex, which owns the Zara fashion label, announced in September that all company brands would be available to consumers worldwide by 2020.

He said: “We want to make our fashion collections available to all our customers, wherever they are in the world, even in those markets which do not currently have our bricks-and-mortar stores.”

Online sales at Inditex jumped 41 per cent in 2017 – proof that this is where the growth is.

Businesses that want to become truly global will find a wealth of support. Logistics companies such as DHL and FedEx offer practical advice for exporters, including detailed guides to handling the paperwork. Anyone wanting to grow sales in Brazil or India, where red tape is a part of life, will find their help particularly welcome.

Complex steps, such as getting an EU certificate of origin for manufactured goods, can be done via an online portal, such as Edge CTP. The form is automatically sent to a designated chamber of commerce to be stamped and forwarded online or in the post. It means even small companies can handle the paperwork without much fuss.

In terms of payment processing and credit, handling global consumers has never been easier. The most sophisticated payment partners can handle more than 300 payment types, so consumers in all markets will be catered for, even those with poor banking infrastructure.

The practicalities are straightforward. The main obstacle is mindset. It can take a leap of imagination to realise that this is now a world where South Korean teenagers go to Harry Potter themed nightclubs, Congolese sapeur dandies dress like Lord Grantham from Downton Abbey, and Shanghai tycoons read the Wall Street Journal.

The name of David Beckham’s new football club says it all: Club Internacional de Fútbol Miami. Internacional – what else would it be, in an era when fans will come from all corners of the globe?

Charles Orton-Jones, a former Professional Publishers Association Business Journalist of the Year, was editor-at-large of LondonlovesBusiness.com and editor of EuroBusiness magazine. 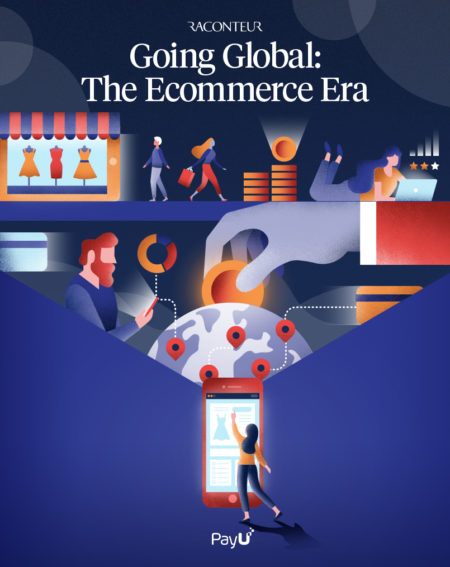