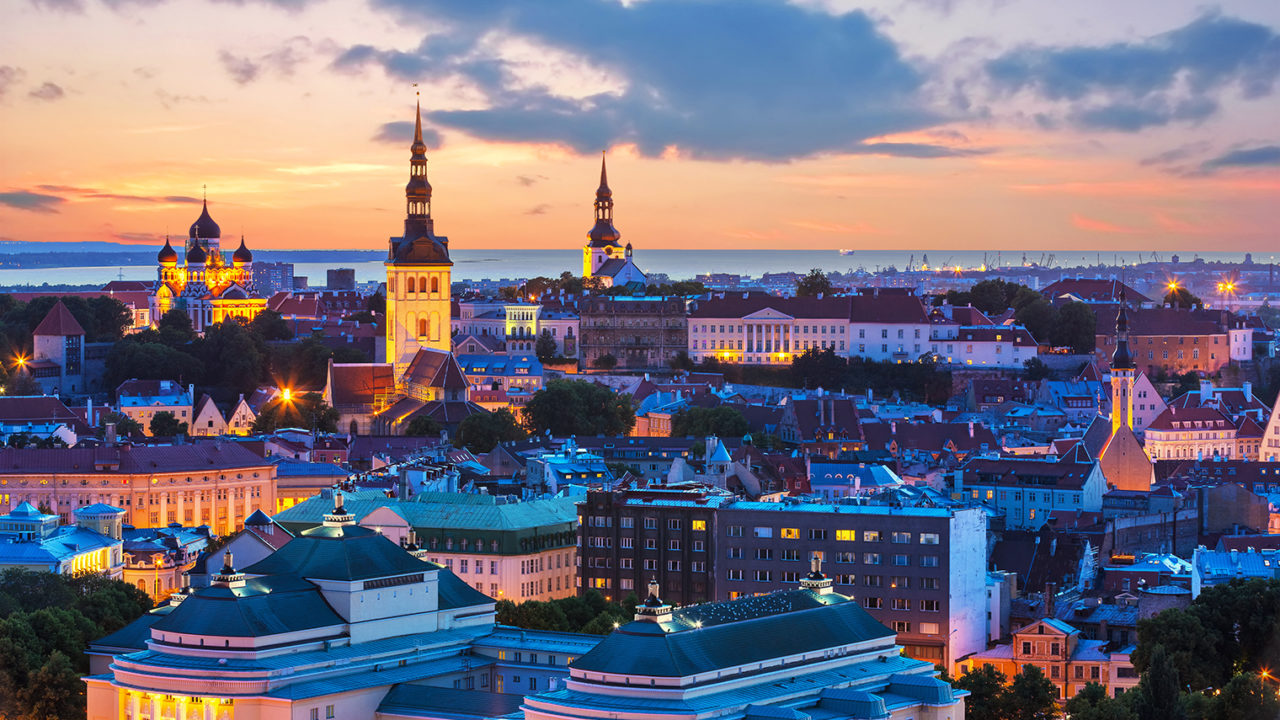 The advert on Twitter reads: “Worried about Brexit? Estonian e-residency is your gateway to the EU company.” It’s a tantalising offer. Escape the uncertainty of Brexit and become Estonian. And as no ordinary citizen, but an e-resident – a cyber Estonian.

Keep your eyes peeled and you’ll see other ads for the scheme popping up online. It turns out German chancellor Angela Merkel is an e-resident of Estonia. So is Japanese prime minister Shinzo Abe.

But what does it all mean? What is an e-resident? And does it really offer an escape for Brits fretting about life after Brexit?

The man to talk to is Taavi Kotka, Estonia’s chief information officer and co-architect of the scheme. Arranging an interview is spookily simple.

Estonians love transparency in government, so much so ministers list their personal e-mails and telephone numbers online. It takes 30 seconds to find Mr Kotka’s, ping an e-mail and 11 minutes later our interview is arranged. It can be harder to book a table in the local pub.

He explains the gist. An e-resident can use all the services open to ordinary Estonians. E-residents get a card and digital ID, making it possible to form a company, transmit documents, administer a company and conduct e-banking (a visit to a bank in person will be necessary to open an account). “The beauty of the whole programme is that it costs zero to us,” says Mr Kotka. “It’s the same processes and the same functions as Estonians use.”

The one thing missing is travel and residency rights. This is not a passport. Forming a company is the big attraction. Estonia is famously free market and anti-bureaucratic. “You can do the same in Luxembourg for €10,000 a year,” concedes Mr Kotka. “In Estonia it’s €1,000.”

To apply for e-residency, head online to apply.e-estonia.com. If approved, a trip to the Estonian embassy is mandatory – a security precaution which prevents mass applications and other abuses. And that’s it. The welcoming kit includes a chip-and-PIN card, a USB card reader and codes to access Estonian public services.

Already some clever Brits will be thinking this could be the ideal way to lower their tax bill. Estonia indeed has the most competitive tax system in the developed world, according to the International Tax Competitiveness Index. It ranks number one on corporation tax and second on individual taxes. Alas, no, says Mr Kotka.

“We are not selling it on tax. OECD [Organisation for Economic Co-operation and Development] countries already share information and tax, and they agree that taxes should be paid where value is created,” he says. “You are not physically in Estonia and you don’t use our roads or schools, so we don’t tax you. But if you are, for example, in the United States, you use those things there, so you need to contribute to US taxes.”

He emphasises the point again: “We are not a tax haven. If you want that you have several other choices.”

Even then, repatriating profits to the UK while retaining British residency status wouldn’t be easy as dividends are payable to HMRC. Mr Bayley says: “Offshore companies work for people who can afford to tick all the right boxes and make sure the company trades abroad for ten years, accumulates profits, builds up reserves and then they emigrate to collect it.” Not easy. Nor is finding a tax lawyer who understands Estonian tax laws.

This issue demonstrates the problem with shopping around for low tax rates. The European Commission is fanatical about reducing tax competition. For example, Ireland built its Celtic Tiger economy by luring multinationals with a low corporation tax rate. In September, the Commission ruled that Ireland must recover €13 billion in taxes from Apple.

The low tax paid by Apple, effectively a corporation tax, was no more than 1 per cent and constituted unfair state aid, according to the Commission. The Irish government exploded with indignation at this intervention into its internal affairs. Tax is supposed to be a sovereign matter for nations. Estonia, clearly, has no intention of invoking the ire of the Commission by selling this scheme as a tax ruse.

Naturally, there is a benefit to Estonia. “Just having more customers makes our country richer,” says Mr Kotka. “If you become a bank customer, the bank has higher revenues so pays more taxes.” It will generate great public relations for this small nation. And it may encourage e-residents to make other interactions with Estonia, doing deals with Estonian companies or visiting their new “homeland”.

It pays to visit. Estonia is a modern marvel. Since becoming independent in 1991, the country has developed a unique sense of purpose. It wants to be the world’s most digitally advanced state. Even before smartphones existed Estonians were paying for car parking by text. The government invested in free wi-fi to cover urban conurbations. There was even an idea to rename the country Estonia.com.

It’s a society, like Hong Kong or Singapore, where innovation rules. Skype and the foreign exchange giant TransferWise came from Estonia. WIRED magazine ran a feature called Welcome to E-stonia, the world’s most digitally advanced society. By contrast, in Italy one in three people don’t use the internet. In Estonia the internet is classed as a human right. The country is already trialling 5G mobile phone networks, years ahead of the UK.

This attitude has shaped the government. Everything is digital. A third of citizens vote online. When US president Barack Obama visited the capital Tallinn in 2014, he declared: “You’ve become a model for how citizens can interact with their government in the 21st century.”

The e-residency scheme demonstrates this ethos. There’s an online dashboard displaying the details in real time. It’s all listed: the number of applicants (14,478), the waiting list (421), under review (766), positive applications (13,278) and negative (155). Motivation is listed; the top one being to create a location-independent international business.

Is this really the answer?

So is Estonian e-residency a solution to Brexit for Brits doing business in the EU? It will, of course, depend on the trade deal negotiated. So far the best use is for Brits who live in the EU. Forming a company this way is simple and cheap. A website Mr Kotka recommends is leapIN.eu, which offers e-residents a one-stop shop. It manages company formation, setting up a bank account, accounts and taxes, from €49 a month.

The goal is to sign up ten million e-residents by 2025. Not bad for a country of 1.3 million citizens. Mr Kotka believes the theoretical limit is vast. “There are 680 million jobs that can be done independent of their location. And the number is growing. Estonia is the first e-residence.”

With this potential market there will be rivals. “You will see Canadian e-residency, in Singapore and so on. It’s a huge market of hundreds of millions of people,” he says.

EU citizens ought to love this simple and low-cost scheme. Brits may yet find it offers the quickest way to dodge trade barriers. Other nations may well follow suit. And it’s no surprise to see this small, but boundlessly ambitious, nation leading the way.