Glastonbury to Bestival: the UK festival scene goes from strength to strength

It’s 2am. You’re eating Goan fish curry and watching a roving performance of Hamlet. Your voice is hoarse from singing along to Florence and the Machine and your legs ache from dancing to Daft Punk.

Still, you feel revived and exhilarated – and you can’t wait for tomorrow morning’s yoga session and the afternoon banquet.

This is the reality of an independent UK festival. From the massive Glastonbury Festival to the tiny Lubstock in Leicestershire, these summer carnivals have become a riotous extravaganza of music, art, food, theatre, debate and more.

“The last ten to fifteen years have been an incredibly busy time for independent festivals,” explains Robert Gorham, aka Rob da Bank, co-founder of Bestival and the Association of Independent Festivals (AIF).

“The independent sector is just so strong now, in every genre and angle imaginable –you’ve got folk to heavy metal – every box is ticked.”

It is this shifted focus to more niche musical programming, as demonstrated by Red Rooster, End of the Road and Download, alongside the integration of fine dining, literature and art, as delivered by Wilderness, Latitude and the Secret Garden Party, that has fuelled the industry’s boom over the last decade. According to The Economist, there are now more than 250 festivals taking place every summer in the UK, most of which are small, independent events. 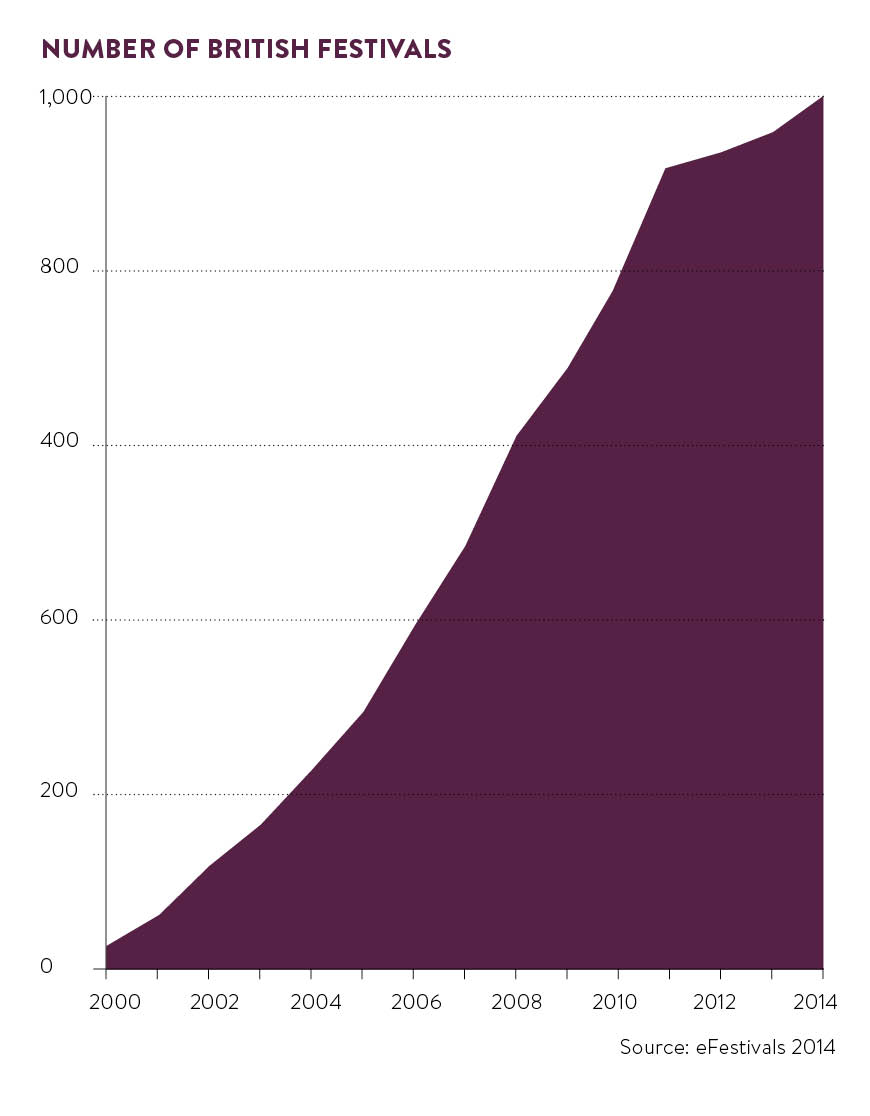 So strong is the sector, a 2014 report by the AIF put total spending by festival-goers between 2010 and 2014 at more than £1 billion on tickets, food and drink.

While this may come as a surprise to those whose festival days evoke memories of dodgy burgers followed by even dodgier tummies, any modern-day festival-goer will tell you that today’s events have become veritable meccas for millennial foodies. A fact that organisers are only too aware of, explains Martin Orbach, co-founder of Shepherds Ice Cream and the Abergavenny Food Festival.

“The catering offer is an absolutely critical part of the festival experience,” he says. “Promoters take it seriously and consequently the quality of food on offer is close to restaurant standard.”

Mr Orbach should know as his ice cream vans trade at around 40 events up and down the country every summer. His sheep’s milk ice cream includes cardamom and lavender, and mango and chilli flavours, with festivals accounting for a third of his turnover.

“Music festivals suit us particularly well because their approach to catering has always been eclectic and quality focused,” he says.

Eclectic is certainly what Gareth Cooper had in mind when he co-founded Festival No.6 in the Welsh tourist village of Portmeirion. Built in the style of an Italian village, the beautiful coastal resort has hosted Festival No.6 every September for four days since 2012.

When Mr Cooper first floated the idea in 2011, he met little resistance. “The tourism there was far from what it could be and it needed a bit of a resurgence. So when we offered to bring 15,000 people to the area, and give it a boost by providing jobs and work, even if temporary, they couldn’t really turn it down,” he says.

Festival No.6 has brought an estimated £2.79 million annually to the area, while providing publicity for the village.

“We have to know what the economic impact is because the Welsh government contributes financially to the event,” says Mr Cooper. “They pay a sponsorship fee in order for us to put marketing spend behind the festival and promote Welsh culture.” 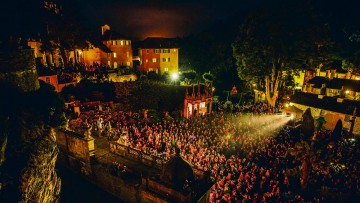 The symbiotic relationship is working; Festival No.6 turns four this year with a host of prestigious awards under its belt, including UK Festival Awards for Best New Festival and Best Line-Up.

“There’s a real shift towards combining tourism and festivals,” says Mr Cooper. “People who are reliant on boosting their economy, in terms of hotels, bars and restaurants, are looking to festivals now. This is because so many people are going to festivals instead of going on holiday.”

His close relationship with the community of Portmeirion is one that Emily Eavis, co-organiser of the Glastonbury Festival, knows only too well. “Benefiting the local area is one of our number-one priorities,” she says. “Whether it’s local schools, sport clubs, skate parks, church bells – the list goes on.”

Of the £2 million donated to charity by the festival, £600,000 is donated to local organisations and charities. “In return, they’ll provide us with a few volunteers for the weekend,” says Ms Eavis.
Back in April 2007, Mendip District Council in Somerset commissioned an in-depth report into the estimated economic impact of the Glastonbury Festival. The report’s findings surprised everyone, estimating that the event contributed £73 million to UK and international economies each year.

And that was nearly nine years ago. Festivals, it seems, have well and truly come into their own. 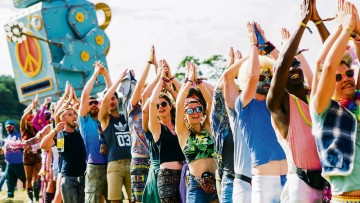 The ambitiously titled Bestival careered on to the scene in 2004 – not long after the dawn of the independent festival boom. Events like The Big Chill, Shambala and WOMAD had already proved the model for the boutique festival, but there remained space for another major event.

“I’d only been to Reading Festival and Glastonbury at the time,” recalls Bestival co-founder Robert Gorham, who likes to be known as Rob da Bank. “But I knew we wanted to make it a bit more fun, not just stupid fun, but escapism, imagination and creativity through the site.”
This creative focus on escapism has become the hallmark of festivals such as Bestival, the Secret Garden Party and Boomtown Fair.
“So much is non-music related,” says Mr Gorham. “There’s the Inflatable Church doing weddings, lots of spoken word, the Bestiversity tent which puts on talks and lectures, a cinema showing cult films in a giant amphitheatre in the woods, the Women’s Institute tent – and this year we’ve got a Mexican wrestling troupe.”

It’s this dynamic and evolving content that attracts such a large cross section to the festival. He says: “You can have a baby being wheeled along by some dreadlocked dude, through to my mum and dad, with granny and grandpa. It really is a total melting pot.”