Progress of renewable energy has suffered recent setbacks in the UK, but green alternatives to coal, oil and gas still offer long-term promise 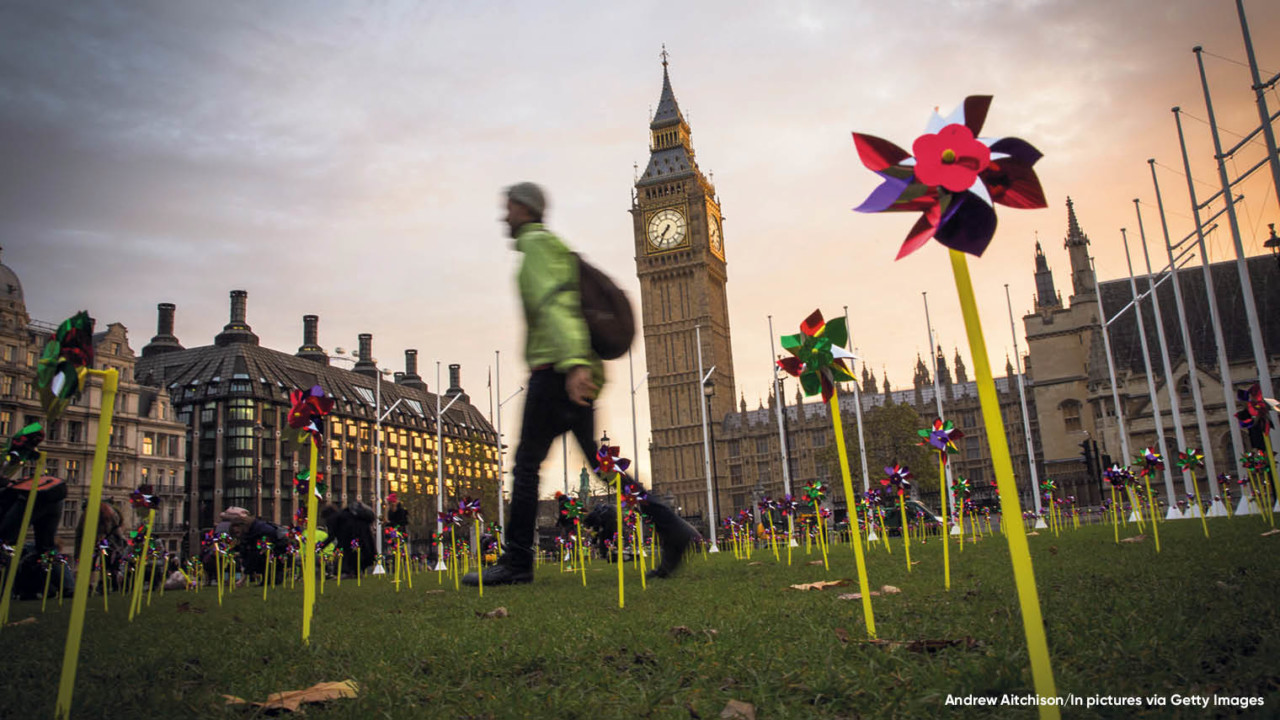 Renewables in 2016 had a tough act to follow. The previous year culminated in the Paris Agreement, with coal overtaken as the largest source of global power capacity. Around half a million solar panels were installed worldwide every day in 2015, plus China put up wind turbines at the astonishing rate of two an hour.

Sure enough, full-year investment figures for renewables from Bloomberg New Energy Finance show an 18 per cent drop for 2016 to $287.5 billion. However, wind and solar installations were up. Job creation also continued to impress, with more people in the United States employed in solar than traditional coal, oil and gas combined.

In Continental Europe, renewable energy accounted for 86 per cent of all new power installations, according to Wind Europe. Portugal even ran entirely on renewables for four days in May. Against this backdrop of highs and firsts, you might expect UK government to be banging the drum for renewables. You would be disappointed.

The UK should be doing more

For the third quarter of 2016, the share of UK electricity generation from renewables rose to exactly 25 per cent, meaning one in every four kilowatt hours nationwide was clean and green. However, signals from Parliament remain decidedly mixed.

As recently as 2015, the UK was the only G7 nation notably to increase fossil-fuel subsidies, seemingly hedging its bets on renewables and the low-carbon economy. Doubts, fuelled by “dash for gas” rhetoric, were reignited by the pro-shale lobby overturning local government objections to fracking. Then there is the elephant in the room – the new £18-billion nuclear plant at Hinkley Point.

The road to renewables has been so fraught with policy twists and turns, the only “green” feeling left may be one of motion sickness. Major incidents have included the head-on crash of feed-in tariffs, planning dead-ends for onshore wind and solar farms, brakes put on solar thermal and biomass slammed into reverse by renewable heat incentive changes, plus combined heat and power blindsided by subsidy cuts, days before the Department of Energy and Climate Change was abolished.

The ride has been more than bumpy. Confidence in policymakers is severely damaged, perhaps beyond repair, with industry feelings of incredulity and injustice summed up by Solarcentury and SolarAid founder Jeremy Leggett.

He says: “When even the National Audit Office points out that solar and onshore wind are the cheapest options for new power, and the government ploughs ahead with nuclear anyway, why bother to engage in a debate about the economics of energy ever again?

“Many of us in renewables are learning the hard way that we do not live in a rational world, and are not dealing with fair-minded people in most of Westminster and Whitehall.”

With the UK likely to miss EU targets of 15 per cent energy from renewables by 2020, longer-term legislative goals still offer hope of an ongoing framework for transition. Under the Climate Change Act 2008, the UK unilaterally committed to cutting carbon emissions 80 per cent by 2050, with five-yearly carbon budgets set in law up to 2032. This carbon safety net is helping allay fears around Brexit.

Group chief executive and co-founder of Sindicatum Sustainable Resources Assaad Razzouk sees three reasons not to worry: “First, solar prices are tumbling like Jenga blocks worldwide to levels unimaginable three or five years ago. Renewables therefore will succeed on merit, Brexit or no Brexit,” he says.

“Second, the UK has more robust carbon and climate legislation than most of the EU. Third, everywhere in Europe, explosive growth in renewables is, on balance, driven by country-specific considerations rather than EU initiatives.”

“Africa holds the best solar resource on the planet,” he says. “A mere 0.3 per cent of the sunlight that shines on the Sahara could supply nearly all Europe’s energy needs. Other renewable sources include hydro potential at 1,852 terawatt-hours annually, 1,300 gigawatts of wind and 15,000 megawatts of geothermal. Yet, amid this abundance, an estimated 621 million people have no electricity.”

Potential to create an agro-industry worth $1 trillion by 2030 will be one of the biggest drivers and prizes for renewables, says Dr Munang. “The key will be targeting Africa’s need areas. Appropriate technologies specifically to power agro-industrial zones represent a promising niche for foreign investors. Leveraging such as The Commonwealth, the UK could lead through bilateral and multilateral agreements with African countries in clean energy tech for industrial applications,” he says.

London startup Bio-bean is the first company in the world to industrialise recycling waste coffee grounds into advanced biofuels and biochemicals. With products including carbon-neutral Coffee Log briquettes, partnership with high-street giant Caffè Nero will see it repurpose waste from 122 stores.

Scalable and entrepreneurial, Bio-bean combines circular economy thinking and green energy, explains chief executive and founder Arthur Kay: “Coffee Logs reduce carbon emissions by diverting some of the UK’s 500 kilotonnes of waste coffee grounds from landfill, displacing fossil fuels like coal. The future of energy is a diversified one and advanced, second-generation biofuels are an important addition to that mix,” he says.

From the African continent to the London coffee shop, UK renewables remain a hot prospect for 2017 – just not, it seems, in the House of Commons.