Energy guru Ged Davis has made a career of peering into the future. What does he think the oil and gas industry will look like in 2060? 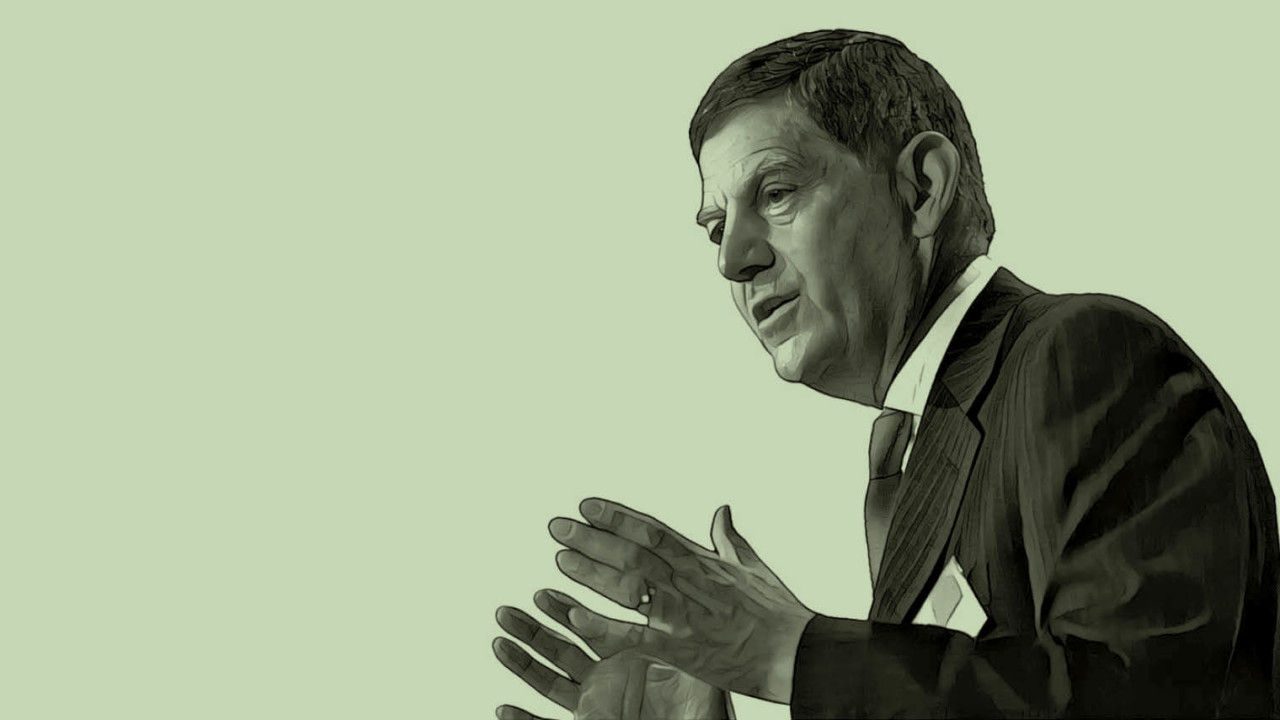 In the early-1970s, the Department of Energy developed a computer model to help it “guess” how Britain’s energy industry would develop over the next 25 years. The results, published by the New Scientist in 1975, correctly predicted that oil would continue to dominate (thanks to the discovery of the North Sea reserves) and, somewhat less accurately, that the coal industry would continue to be sustained by government spending.

The only mention of renewables was a salutary warning, delivered by none other than the UK branch of the International Solar Energy Society, about the limitations of this new technology. “Do not be misled by extravagant claims such as ‘solar heat can provide nearly all your domestic hot water requirements’. This would be true only if you drastically altered your way of life and only took hot baths in the summer months,” it cautioned.

The energy landscape has changed relatively little over the last 40 years. The latest data published by the International Energy Agency shows that fossil fuels – coal, oil and natural gas – supplied 81.1 per cent of total global energy in 2014, down from 86.7 per cent in 1973. Low-carbon sources – mainly nuclear, large-hydro, biofuels and waste, plus other renewables – saw their share grow by 5.6 percentage points to 18.9 per cent by 2014, with renewables accounting for just 1.4 per cent of that total.

Will fossil fuels still dominate 40 to 50 years from now or will the transition to cleaner fuels completely transform the industry?

The job of predicting where we will get our energy from and how we will use it has become considerably harder. An explosion in renewables and digital technologies is changing the way we generate and consume power, ownership has become fragmented, with international investors buying and selling energy assets, and policy is being shaped by a pressing need to tackle climate change.

Ged Davis has devoted much of his career to thinking about our changing relationship with energy. Formerly head of Shell’s scenario planning team, he now leads the World Energy Scenario study group at the World Energy Council (WEC), a UN-accredited global network of energy leaders and practitioners. Last October, at the organisation’s World Energy Congress in Istanbul, Ged and his team, in partnership with Accenture and the Paul Scherrer Institute in Switzerland, unveiled The Grand Transition, their vision of the future to 2060.

The study was the culmination of three years’ work, involving input from around 70 WEC member organisations in more than 25 countries. Ged says: “We are trying to understand the longer-term implications from the perspective of government, business and the public. We are also trying to understand energy from the perspective of many different parts of the world. What might be viewed as negative in Europe might be seen differently in China or the US.”

Historically, discussion has focused on “peak oil” and its implications. The WEC report’s key finding turns that assumption on its head with the prediction that global per capita energy demand will peak before 2030, thanks to efficiencies created by new technologies and more stringent energy policies. However, it also expects demand for electricity to double by 2060, and that the “phenomenal” rise of solar and wind will continue.

The WEC study group built three scenarios based on three distinctive narratives that dominate the energy world today. Each of these was given a musical theme. The first, modern jazz, represents a digitally disrupted, innovative and market-driven world. Unfinished symphony depicts a world in which more intelligent and sustainable economic growth models emerge as the world drives to a low-carbon future. And finally, hard rock explores the consequences of a more fragmented international system, weaker economic growth and inward-looking policies.

Fossil fuel’s share of primary energy is predicted to fall to 70 per cent by 2060 under the hard rock scenario, to 63 per cent under modern jazz and 50 per cent in the unfinished symphony. More specifically, oil consumption will peak by 2030 in the latter two scenarios, but will carry on rising for at least another decade under hard rock. “The future of crude oil is tied to the structure and future of transport,” says Ged. “This is beginning to change with the development of electric and hybrid vehicles, but it will take time to change the structure of the car fleet and associated infrastructure.”

Coal use is predicted to peak even sooner, from 2020 onwards under the modern jazz and unfinished symphony scenarios, while hard rock sees a much longer life for the fuel. Falling demand for coal and oil could also spell economic disaster for the industry, the report warns. “Carefully weighed exit strategies spanning several decades need to come to the top of the political agenda or the destruction of vast amounts of public and private shareholder value is unavoidable,” it says.

In contrast, the share of natural gas is predicted to increase by 2060 under all three scenarios, albeit at different rates. “Gas has a set of drivers that will allow it to expand well into the middle of the century,” says Ged. “It will continue to be used in power stations, perhaps eventually as a back-up for intermittent solar and wind supply, and it has potential to replace crude oil and petrochemicals.”

Oil and gas majors may find their greatest assets over time will be their transferable skills. He says: “They understand the importance of having a reserve base, they understand how to bring in on time very large infrastructure projects and how to deal with different governments, plus they have generally a good appreciation of the importance of meeting the needs of the public and customers.”

If, as the WEC’s Grand Transition study predicts, the energy industry is in for a period of upheaval, those companies that adapt to changing patterns of energy consumption, while staying on the right side of policy and regulation, will be best placed to weather the coming decades. Some are already doing so – Shell, for instance, bought British gas company BG Group for some £40 billion last year.