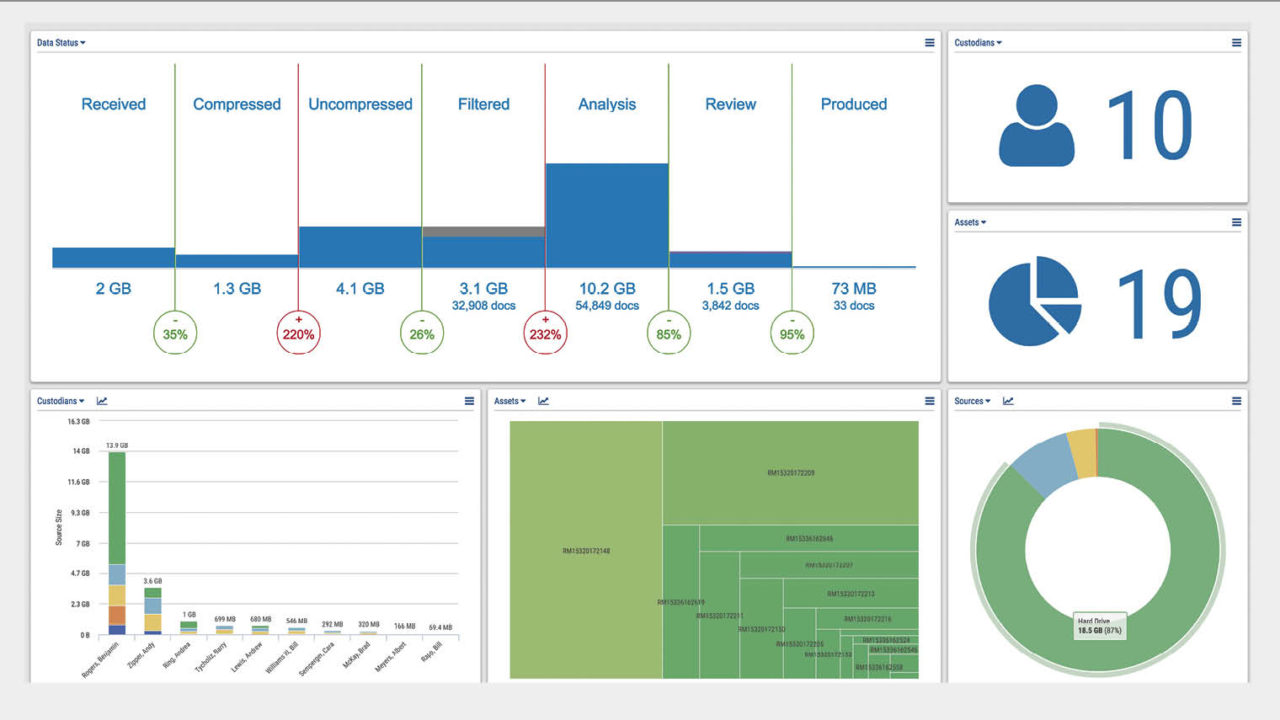 The use of business intelligence is now widespread in many areas of corporate life. A marketing team will use information such as click-through rates to gauge the success or otherwise of campaigns, while sales teams can assess the impact of individual people or promotions on takings.

The legal sector, though, has been slow to make use of this kind of information. Yet the capability to do this exists, particularly in the area of eDisclosure. Adi Elliott, vice president, market planning, at Epiq Systems, gives the example of a corporation using an in-house legal team or hiring a law firm to help with its litigation, and deploying the services of an external organisation to assist with the data and process management.

“Part of the disclosure process is to figure out how to limit the corporation’s data to certain people within particular periods of time so legal teams can look at those documents and decide if they are relevant or privileged, before being given to the other side,” he says. “Currently each one of those projects is treated as a separate and distinct task, even though a corporation might be involved in very similar projects hundreds of times a year.”

There are often good reasons for this, he adds, including the fact that different people from the client organisation or law firm may work on particular cases, but the end result is that businesses are unable to identify any trends across cases or compare the services and efficiency of different providers.

“If a business is sued 20 times a year around labour and employment issues, it will benefit from knowing what the wider trends are,” says Mr Elliott. “It needs to know which organisations these claims regularly come from, how many people are typically involved and how many documents they typically have to give to the other side.

“It might hire three different law firms to represent it across 20 different cases, so which one is the most efficient with that data? Which collects the least data and which has the highest responsiveness rate in terms of that data being relevant?”

Having this kind of information can help identify the most efficient and cost-effective law firms, he says, as well as help organisations get a better idea of how much such cases should cost them, and identify any potential underlying issues in the business which could reduce the number of cases in the first place.

We’re the first organisation that is really injecting business intelligence into eDisclosure, but we want to promote this because it’s a valuable process

Using a system such as Epiq Systems’ eDisclosure dashboard DMX gives organisations the power to draw much greater insight, both within individual cases and more generally. “It allows you to collect the data and normalise the spreadsheets, PowerPoints and pdfs, and make it into one cohesive package that a lawyer can make sense of,” says Mr Elliott.

“You can start with what you handed over to the other side and see trends within the case, backwards and forward, which is not usually possible. But the real potential is in picking up trends across cases so you can be more accurate with your budget and make strategic changes to be more efficient.”

Currently, the legal sector is right at the beginning of deploying such innovation, says Mr Elliott, but he believes deployment will pick up pace once awareness of the potential of eDisclosure gets out. “It takes a really specific series of skillsets to do this and you have to have a few pieces in place to properly solve this problem,” he says. “We’re the first organisation that is really injecting business intelligence into eDisclosure, but we want to promote this because it’s a valuable process.”

In the longer term, Mr Elliott believes this kind of process will become standard practice for legal teams, in the same way that business intelligence is used by other parts of organisations. “No marketing person today would advertise for a campaign and not want to see A/B testing and click-through rates, or to create three different campaigns that are all radically different and not want to know which one is best,” he says. “It’s like oxygen for businesspeople and this will be the same for eDisclosure too.”

For more information about how Epiq Systems can help your business, visit www.epiqsystems.co.uk