Digital transformation is becoming a buzzword in the modern company. It involves digitising things that were done manually on paper before and hopefully enhancing them in the process. It is changing everything from field sales to financial processing and customer support. Notably, chief information officers (CIOs) are now being tasked with using it to transform the way employees work together and communicate with each other.

Software collaboration tools have been around since the late-eighties. The difference is cloud and mobile computing have made them far easier to use. Newer tools cater for those who want to work with many different people at once, making information flow more fluid, according to Microsoft UK’s chief envisioning officer David Coplin.

“For most organisations, the majority of communication is not commercially sensitive. It’s ‘how do I book a holiday entitlement’?” he says, suggesting that these communications should be open and fluid. They also have future value, he adds. New starters should be able to search for them and find the answers they need.

The rise of social media has also acclimatised employees to online communication, making them not only ready for it, but in some cases openly advocating it. When Pizza Hut UK revamped its restaurant business after a purchase by restructuring investor Rutland Partners, changing the way it interacted with its employees was near the top of the list, says the firm’s UK communications chief Gareth Hopley.

“We looked carefully into launching a social media programme because that’s where most young people exist these days,” he says. The firm has a strong base of 16 to 24-year-old employees. “We wanted to communicate with them in a place and a way that they wanted to be spoken to,” adds Mr Hopley. 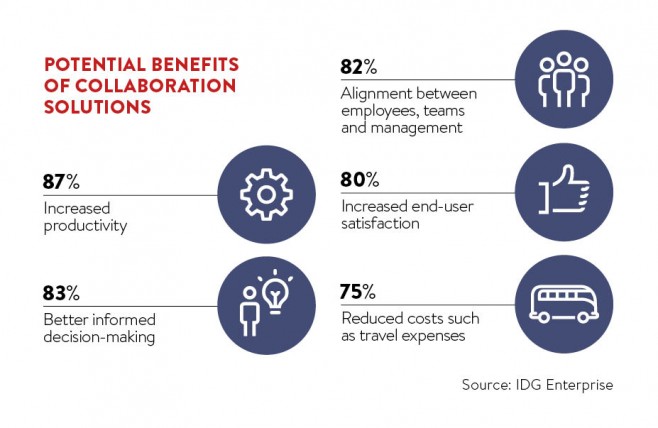 The company tried a bespoke in-house system before moving to Microsoft’s Yammer collaboration platform. It used the cloud-based system to push out short-form video training delivered by employees and to form special interest groups on topics ranging from supply chain issues through to Game of Thrones fandom.

The role of the CIO is to identify the working practices of the future and facilitate a top-down adoption strategy which engages all employees, enabling them to collaborate effectively

The idea is to span business and personal interests, engaging workers more. Of Pizza Hut UK’s restaurant staff, roughly half – 4,000 – use the platform and they often access it on mobile devices outside office hours.

The collaboration tool can be used for private group chats to resolve specific logistics issues and it also gives the management a greater chance to solicit feedback from employees.

Systems like these put IT at the forefront in the move to better collaboration, but it requires a single, company- wide platform. That gives the CIO an especially important role in bringing people together, says Alex Cardnell, director of the corporate division at Sharp Business Systems. The larger the organisation, the more of a visionary it needs to drive the adoption of a single collaboration system. 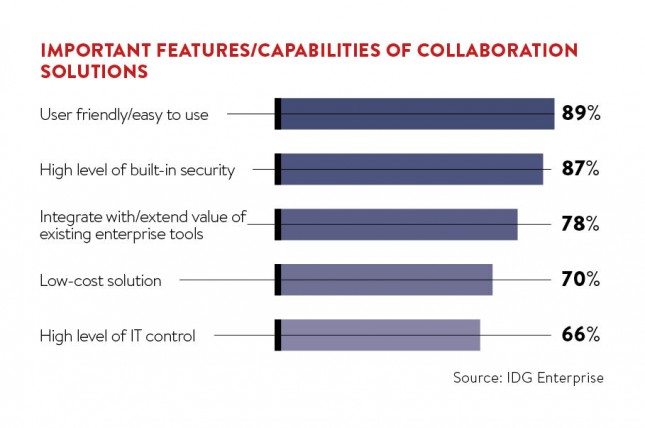 “Due to the multitude of technology platforms available today, bottom-up adoption is not practical for large organisations as it is highly unlikely that the adoption will be standardised,” he says. “The role of the CIO is to identify the working practices of the future and facilitate a top-down adoption strategy which engages all employees, enabling them to collaborate with their peers effectively.”

Weighing up the benefits

In smaller companies, another member of the C-suite may take on the CIO function. Alex Hamilton, co-founder of legal firm Radiant Law, has been full-time chief executive since 2014, but also wears the CIO hat. He has practically eliminated e-mail in his firm, which works with large companies and banks on outsourcing and technology contracts, day-to-day commercial contracts and contract review projects.

“Public channels shape conversations into a particular topic and certain topics can allow people to jump into a conversation,” says Mr Hamilton. “Unlike e-mail, you have to remember who to send it to. You can have a better multi-way conversation with Slack than you can with e-mail.”

Getting clients to use the collaboration system can be an uphill struggle though, as Mr Hamilton has found. Collaboration culture tends to stop at the company borders, meaning that while something like Slack has swept away e-mail inside the company, it’s still a common form of client contact.

There are also downsides. Slack conversations are like a river, constantly shifting and evolving. This can create too much conversation, distracting people from their work, he warns. Consequently, he complements it with another tool, Wrike, for targeted project and task management.

When the chief executive is also the CIO, convincing the C-suite of the need for such investments is easier. In larger organisations, a CIO may have a harder time justifying these systems to other management. Nor is it easy to assess a potential return on investment.

Pizza Hut UK has seen nine consecutive quarters of sales growth, along with falling attrition rates, but Mr Hopley is the first to admit these are due to the firm’s strategic rethink. The role of collaboration tools in that context is more qualitative than quantitative.

Even deciding on the metrics to use is problematic, Microsoft’s Mr Coplin points out, especially so in organisations where middle managers live and die by the numbers.
“A company has to want to transform itself – to change what it’s doing,” he says. “This is as much a cultural leap as a technological one. The leaders in the organisation need to be prepared for that.”
When using collaboration as a tool for transformation, the CIO’s role is both technological and cultural. They must understand how best to build platforms for group collaboration by getting to know the user base. Then, they must convince various layers of management that it’s a good thing – even if it’s difficult to shake out the numbers. 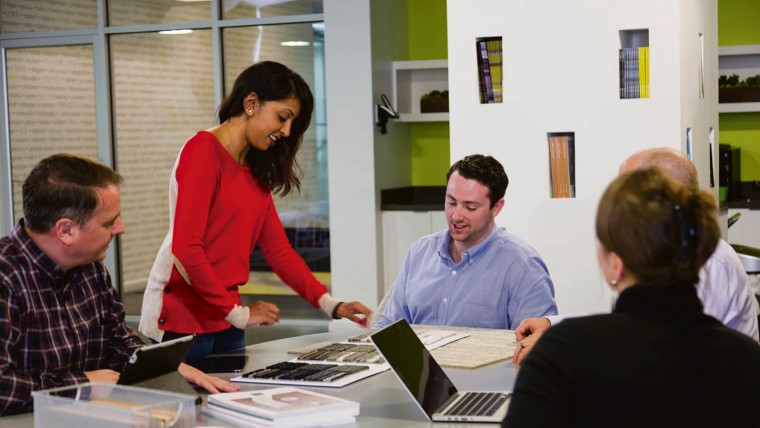 Collaboration tools often focus on cross-company communication, but some businesses have found value in tying them to specific functions. Shaw Industries, a subsidiary of Berkshire Hathaway, is one of them.

Founded in 1946, the US company makes carpet tiles. Three years ago it expanded into China with a new production plant. The business wanted a collaboration solution that would help it to mentor local staff and keep production running smoothly.

The company chose NetSuite, a cloud-based business management system that serves enterprise resource planning and customer relationship management all from a single database.

Roddy McKaig, vice president and chief information officer for Shaw Industries, says the software supports all its plants’ functions from order inventory management through to manufacturing planning and accounting functions. The beauty of the system is its ability to serve real-time views of data to different workers at the same time.

“Our accountants here in the US can look at anything they need to with their accountants in China, on the same screen at the same time,” he says. “It removes the process of sending information via e-mail to other groups so that you can have a discussion about it.”

The tool also integrates well with Google, which is another collaboration tool commonly used at Shaw Industries. Google’s video conferencing system, Hangouts, has become a core part of its communication toolset.

Google is becoming the firm’s de facto solution for office collaboration, says Mr McKaig, while NetSuite is now used across the whole of Asia. The manufacturer is also considering the business management and collaboration system for its European operation.