Zildjian is a globally iconic cymbal manufacturer. The brand is a byword for quality within the drumming world and is trusted by a legion of musicians worldwide including famous names, including Lars Ulrich, Dave Grohl, Charlie Watts and Ringo Starr.

But famous names are not the only marker for the business’s success. It claims to sell hundreds of thousands of cymbals each year, about a 65 per cent share of the market, and turnover is counted in the tens of millions of pounds.

Another sign is perhaps even more potent, however. The company was founded in Istanbul – or Constantinople as it was known at the time – nearly 400 years ago and its current chief executive, Craigie Zildjian, is the 14th generation of the family to take the reins.

Few businesses can claim a back story like this one. Founder Avedis Zildjian was an alchemist who created the clangy metal discs by accident. The first to be manufactured were sold as “noise makers” that struck fear into enemy armies during battles.

The business outlasted the Ottoman Empire, moved headquarters to the US, invented the (now accepted) association between drums and cymbals in drum kits, and coined names that still describe cymbals today – crash, ride, splash and hi-hat.

It is an exceptionally successful, hard-wearing and innovative business that has quite literally shaped its industry.

Of course, as a fully paid up member of the “old world”, Brits can go one better even than Zildjian. The longest-established manufacturer in the UK is Whitechapel Bell Foundry, which makes bells – obviously – and can point to Big Ben as its most famous creation.

The foundry was a plucky startup in 1570 and though it has changed hands down the years, its current owners are the fourth generation of their family to hold the keys to the front door.

It is strange, given these examples, that family businesses have a reputation for fustiness and inertia. Asked to name a dynamic business most people will quote a Silicon Valley flash in the pan, not something that has adapted to survive several centuries.

According to Christophe Bernard, a KPMG partner working in the firm’s Paris office, family-owned businesses are innately more agile than others. A simple management structure void of pressure from faceless shareholders can move quickly, for example.

Family firms usually have more than one generation working together and, while outgoing generations will inevitably retire, they remain a source of wisdom for as long as they live. Mr Bernard also claims families are able to establish stronger community ties, and foster meaningful links with suppliers and partners.

It boils down to a family business advantage that firms can use to grow quickly, adapt to market change and shield from downturns. A useful set of privileges.

But what about raw innovation in the form of fresh ideas from outside the local gene pool? Well the quick answer to that is family firms can recruit non-family members just like any firm. Ford and Wal-Mart are family businesses, while the UK’s Specsavers employs around 30,000 people globally yet is owned lock stock and barrel by the Perkins clan.

“A great example of a family business that has done really well is BMW where the Quandt family still own the controlling stake,” says Hari Mann at Ashridge Business School. “Would you say BMW are slow to innovate, being one of the market leaders in electric car production?”

The Cordant Group, a UK-headquartered second-generation family business was founded in 1957 and last year turned over £750 million, up from £12 million 20 years ago. Current executive chairman Phillip Ullmann says the slow-paced stereotype is unfair in many cases.

“We developed tax effective remuneration strategies for our workforce many years before our competitors followed suit. The group is now in the process of developing a world-class IT platform which will transform the business landscape in the markets in which it operates.

“The owners actually control the business so decisions can be rapid and there is potential to align all the stakeholders totally. It can adopt a longer-term approach to decision-making and is not constrained by the short-termism of the City.”

On a smaller scale, family businesses everywhere are innovating and growing. Angels Costumes is a sixth-generation family business celebrating its 175th anniversary. At that sort of age you’d expect it to be slowing down a bit, but in fact it is accelerating, as chairman Tim Angel points out.

The business was once dedicated to providing costumes solely for the film and theatre industries. But in the 1990s, Mr Angel’s daughter Emma came up with a plan to expand into outfits for events and parties.

“Emma recognised the potential in the fancy dress market in the late-90s, led partially by cultural influences from America,” he says. “She ran with it and Angels has subsequently grown from being a costumier solely for the entertainment industry to become one of the largest consumer-facing costume companies in the UK, while also growing the film and television side of the business.”

If you want a really cutting-edge example of a family business, here it is: Subrah Iyar is the chief executive of leading collaboration app Moxtra, which he runs with help, in part, from his daughter Lena who works in the marketing department. Mr Iyar’s last company WebEx sold to Cisco in 2007 for $3.2 billion.

Business is business and whether it’s family-run or not, the same rules apply

Asked whether “family” is the best type of business, he says: “The positives of this arrangement are that, when the partners are entrepreneurial, the business can be more innovative and invest for the longer term versus publically owned companies which are constantly facing quarterly pressure to deliver against targets.

“On the other hand, pressure to deliver demonstrable results on a quarterly basis tends to focus the mind of the executive team on maximising every opportunity. Family-owned businesses, if not properly managed, can become conservative and averse to taking risks.

“The best case is actually a hybrid situation where the company is run by entrepreneurial founders who establish their own clear metrics to measure performance, yet combine this with the entrepreneurial flair for innovation that is essential to success in many sectors, including the mobile technology sector in which we operate.”

This is a crucial point – business is business and whether it’s family-run or not, the same rules apply. There are benefits and pitfalls to any business structure. In the case of families, the main drawback is the temptation to see the arrangement as family first, business second.

But for companies that can take a formal approach and cherry-pick the benefits of working with family members, while remaining dispassionate in pressured situations, growth through innovation could be a very real prospect. 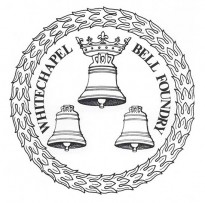 Established in 1570, Whitechapel Bell Foundry is the oldest manufacturing company in the UK, having cast some of the world’s most important bells, such as for St Mary’s Cathedral in Sydney and London’s Big Ben. Alan and Kathryn Hughes are the fourth generation of Alan’s family to run the foundry.

According to Alan and Kathryn, the secret to the company’s longevity is that it has always moved with the times. The way in which bells are cast hasn’t changed, but the company is not afraid to use new technology to update business processes and improve customer service.

An essential aspect of keeping the business alive has been to expand its remit. Alan and Kathryn have been able to do this by getting online. While the Anglican Church has always been a loyal customer, the challenge is that the bells last too long. There are still two bells rung twice a day in Westminster Abbey which the foundry cast in 1583.

However, Alan and Kathryn have overcome this challenge by expanding their customer base into other industries. Today they provide bells to retailers, schools and even private homes. They have done so primarily by launching a website and an online shop, enabling them to reach more buyers around the world. On their first day online they sold more bells than they would normally sell in a week.

Moving with the times

It is now using 4G technology from EE to upload and stream audio of its bell chimes via the cloud for use in offsite sales meetings. The company’s head office is continually uploading new audio from the expanding catalogue of bell sounds and 4G enables sales staff to stream the most up-to-date files during client meetings. The cloud catalogue has helped the company increase sales from these meetings more than 5 per cent as customers are able to make a decision quicker.

The firm recently introduced a live video customer service helpline, using EE’s 4G network with iPads and Skype. The service allows team members to troubleshoot and diagnose problems with bells across the UK, and as far away as Australia in real time, boosting customer satisfaction.

Problems are dealt with quickly and progress on casting and installing new bells does not stop while a fault is dealt with. The new process is saving the business money and time, while minimising travel expenses.

Alan says: “Despite the challenges, we have never regretted the decision to run a ‘medieval’ business. We’re proud of our traditions, history and achievements. By using the latest technology to reach new customers and improve our processes, we are moving with the times and ultimately keeping this 400-year-old business alive.”