Constructing a new smart city from the ground up may seem like a mammoth undertaking, until you consider the complexities involved in retrofitting already established cities. The challenges posed by legacy infrastructure, labyrinthine bureaucracies and, perhaps most importantly, altering the day-to-day processes that citizens rely on, can quickly scuttle grand smart city projects.

The all-encompassing nature of new smart cities gives them a real edge over traditional cities with isolated internet of things (IoT) solutions. As every possible device is connected to each other, the difficulty of dealing with multiple separate systems is eradicated.

Simplification can be done with all manner of siloed services, including traffic management, transportation, waste management and lighting

“This simplification can be done with all manner of siloed services, including traffic management, transportation, waste management and lighting. This is key to dramatically reducing the complexity, costs, operations and the time required for deploying smart city solutions throughout a city,” according to Stuart Higgins, head of digital impact at Cisco UK and Ireland.

Developing countries are well positioned to take advantage of the benefits smart-from-the-start cities offer. The lack of sufficient infrastructure, from roads and energy to water supply, has long hampered Africa’s development, but starting from scratch levels the playing field.

Tanuja Randery, president of Schneider Electric in the UK and Ireland, believes that a city with a blank canvas in terms of existing infrastructure would be an ideal scenario, as it could be built from the ground up, starting with the community in mind.

“The city would be designed to create a specific experience for its residents with systems and services set up to achieve efficiency and sustainability goals. Starting from scratch allows these to all be fully integrated on a single network, forming the backbone of a city. Everything would hang off it – each sensor or system monitoring water or traffic flow, public lighting or security,” says Ms Randery.

Urban populations are expanding rapidly worldwide, nowhere is this more apparent than in Asian and African nations. According to United Nations figures, 90 per cent of the growth in urban populations is expected to come from these two regions. It is, therefore, no surprise that some of the most ambitious smart city projects are to be found in developing countries, from Konza Technology City in Kenya, advertised as “where African silicon savannah begins”, to India’s $30-billion mega-project Lavasa.

Whereas new smart cities will be starting from scratch in terms of data collected, historical cities with long-running infrastructure systems will be able to utilise reams of data accumulated over many years. This lack of practical, in-the-field data highlights the importance of flexibility in the design of a smart city, which can easily adapt to changing circumstances. A hallmark of a successful smart city is its ability to add new functionality and scale as the city grows.

“It’s important to consider how to future-proof the smart city capability, for example by building in infrastructure that can cope with increased data over time through more storage or processing capability,” says Mr Higgins.

Getting all stakeholders to agree on the scope of a new smart city can be a challenge in itself, especially in developing countries that have volatile political environments. But who’s going to pay to turn this plan into a reality?

Mr Higgins says that a combination of public sector and private sector organisations sharing both risk and reward can work well. “The city gets the smart solutions it desires without necessarily paying the full cost up-front. At the same time, the supplier gets to provide its solutions and is rewarded for successful delivery and ongoing maintenance through the public-private partnership agreement,” he says.

“Investing in smart solutions like lighting and car parking will not only save a city money, but can also generate much-needed revenues. But without the funding to begin this digital journey, many cities will miss this opportunity and be left behind.”

The Chinese government is actively working to move citizens from rural villages to newly built cities, with the goal to bring around 70 per cent of the population, close to 900 million people, into cities by 2025. While this may be a laudable target, major Chinese cities including Shanghai and Beijing are bursting at the seams. This is where, China hopes, smart cities come in.

“China’s smart city initiatives are very broad in scope – they encompass everything from smart grids to ‘public participation’, with most other things to do with the IoT and urban governance thrown in,” explains Jeremy Green, principal analyst at Machina Research. “China is urbanising on a scale and at a pace not seen anywhere since the Industrial Revolution in England, and with all the disruption that such a transformation necessarily entails.”

Machina Research estimates that China accounts for 40 per cent of global spending on smart cities, with total spending forecast to grow from about $8.3 billion currently to almost $16 billion by 2024.

India, too, is looking to smart cities for effective solutions to meet the needs of the swelling urban population, which is projected to total 840 million by 2050. India’s government announced a bold plan last year to develop 100 smart cities and intends to spend $7.3 billion on this project by 2020. Billed as India’s first smart city, Lavasa, built near tech-hub Pune, is a clear example of the country’s tall aspirations.

With close to 1.5 million people joining the global urban population each week, the growing influence of IoT has the power to unlock the potential of smart cities and boost living standards across the developing world.

“We’re at a time when the cost of connecting city infrastructure is declining dramatically. The lowered costs of ‘things’ and the data those ‘things’ generate, make it possible for cities to innovate new solutions for citizens. With IoT offering a raft of new possibilities, citizens can expect to live in a smarter, more responsive city,” concludes Kurtis McBride, chief executive of Miovision. 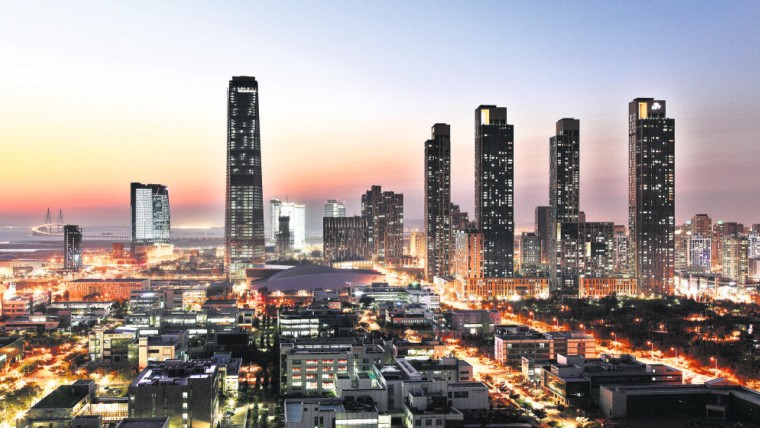 South Korea’s $35-billion Songdo smart city, built on 1,500 acres of land reclaimed from the Yellow Sea, sits a mere 35 miles west of the capital Seoul. Songdo International Business District (IBD) borrows from iconic cities around the world with pocket parks based on the design of Savannah in Georgia and a 101-acre Central Park, modelled on the original in New York. About 70 per cent complete, with 36,000 residents living in Songdo IBD, the city is beginning to look like the high-tech urban Utopia it was intended to be.

“When we started in Songdo back in 2010, much of the vision didn’t exist as a product. We had to build it from scratch – and we did – but it was pretty challenging,” says Bas Boorsma, director of internet of things, Cisco North Europe.

Cisco was heavily involved in the creation of intelligent buildings in Songdo, with more than 3,000 Cisco TelePresence units already installed in the city and, according to Cisco, a further 17,000 will be fixed in homes by Songdo’s completion. These personal video devices can connect residents to doctors, tutors, schools and other innovative services.

Tom Murcott, executive vice president, international, of Gale International, co-developer of Songdo IBD, believes that IoT solutions can have a fundamental impact on citizens’ living and working experience. “Songdo’s success as a smart city should be judged by how well those aspects deemed ‘smart’ contribute to the quality of life of its inhabitants. We want to provide residents of Songdo supportive technologies that will truly assist and improve their lives, not overwhelm them with gadgetry.” 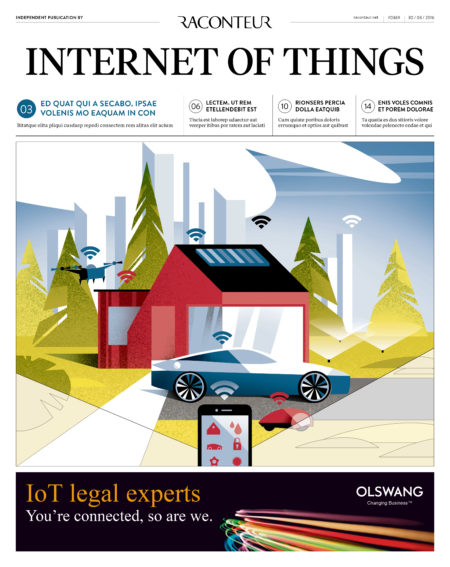