Demand-side response, a scheme in which customers are incentivised financially to lower or shift their electricity use at peak times, is changing the dynamics of the UK energy market

Last month the UK generated zero coal-fired power for the first time in a hundred years. This is the latest sign that our electricity markets are undergoing a paradigm shift, but one that increases challenges to grid management.

An increasingly popular solution is to develop demand-side response (DSR). This takes control and management away from generators. But what does that actually mean, and how can industry, manufacturing and other sectors make the most of the opportunity?

Even aside from changes to generation, the structure of the electricity market is complex, involving a mix of energy market actors, including the system operator, distribution network operators, small and large suppliers, aggregators, and third parties.

At the same time the UK faces a changing generation portfolio, shifting policy and growing concern that brownouts (reductions in voltage) might affect productivity, with the UK expected to lose 10 per cent of its baseload generation in the next few years.

A number of schemes already exist to help. One option is STOR (Short-Term Operating Reserve), a scheme run by National Grid to cover against short variations in supply-demand balance through power plant failure, cold wave, TV pick-up and so on.

National Grid also has its Triad system, the transmission and distribution component of the electricity bill, which can be reduced by curtailing consumption in winter afternoons, by encouraging industry consumption shifts through higher prices.

Another option is frequency response, an automatic load-shedding arrangement based on frequency signals of the electricity supply and there are local schemes run by distribution network operators. 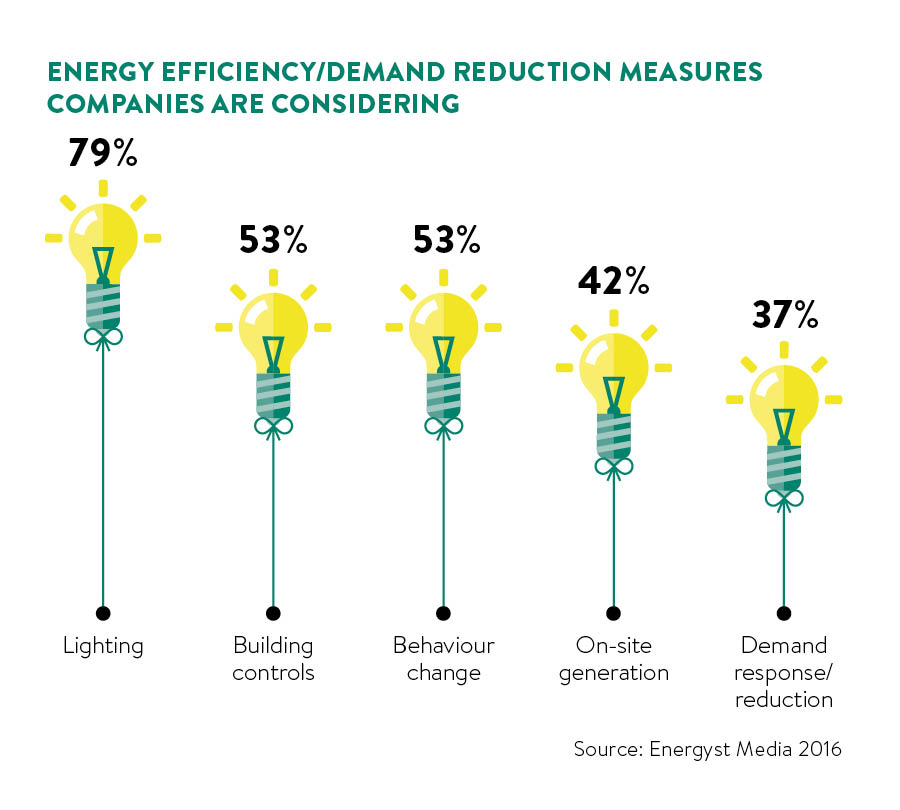 But what is needed for DSR to make a real impact on the UK electricity market? Simple, high loads of accessible, flexible generation.

So National Grid has put its stake in the ground with its Power Responsive campaign, which is intended to encourage industry take-up of demand-side solutions, with the aim that DSR will make up 30 to 50 per cent of balancing actions by 2020. Given that National Grid already spends around £850 million each year on balancing services, this provides exciting opportunities for industry, from the chance to generate extra income, to reduced monthly power bills, and avoiding damage of costly machinery and equipment.

Barrie Cressey, smart grids director at Schneider Electric, points out that factories, hospitals, and universities can shift usage on the basis of price. He says: “The profile of usage is constantly changing, from generation profile to failures of equipment, rerouting of power to managing intermittency. Complex systems that can manage and analyse vast quantities of data are required, and the growth of the internet of things is opening up far wider opportunities.”

Providing primary reserve can earn a company between £50,000 and £75,000 annually, and has the smallest impact

This means any sector can help provide, and benefit from, DSR. What matters is having load or generation that can be made flexible. Using in-depth data analysis and sensor networks, and combining these with an understanding of business process, aggregators can manage a client’s internal power networks, managing to turn down usage without impacting productivity.

Aggregators such as Energy Pool, REstore, Open Energi, KiWi Power, Reactive Technologies and many more can create and then aggregate individual loads at a site, from a pump, an air conditioning unit or a back-up generator, and combine them with others to provide a flexible service for which National Grid pays a range of service fees.

According to Louis Burford, UK vice president at REstore, providing primary reserve can earn a company between £50,000 and £75,000 annually, and has the smallest impact as a call to turn down demand – an activation – typically lasts no longer than four to five minutes.

For example, Open Energi works with United Utilities. Successful operation of its DSR scheme is critical to the water supply for a large swathe of the country, as the technology controls equipment responsible for regulating ammonia levels in drinking water. 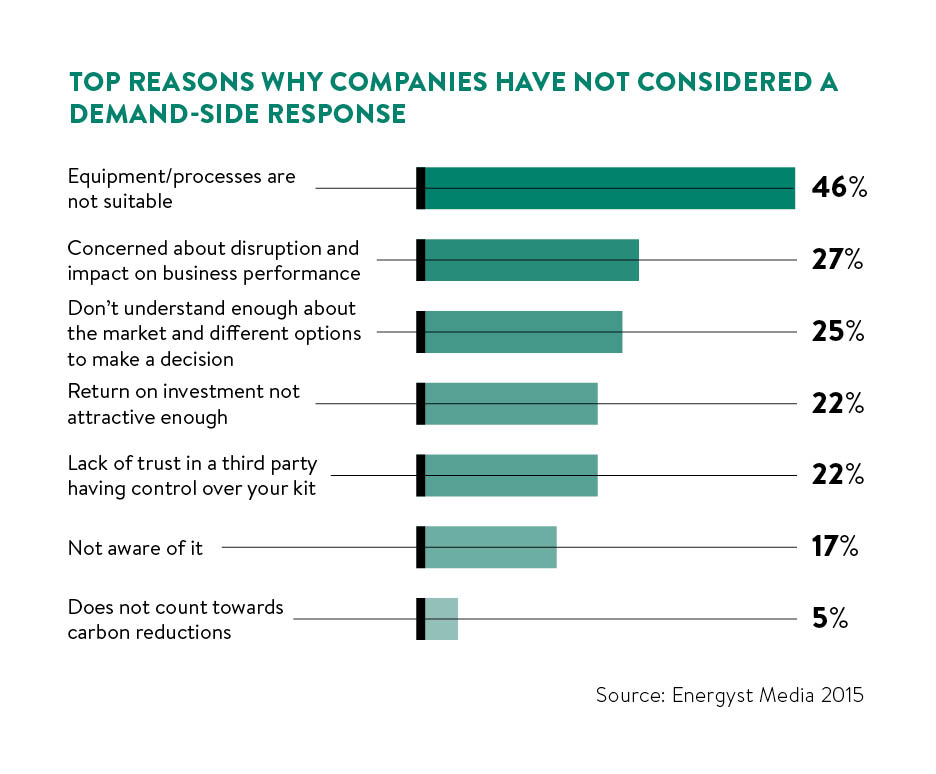 But by working with an aggregator that understands what processes are business critical and which are time shiftable, United Utilities expects to be able to offer a total of 500MW of flexible capacity and reduce carbon emissions by 100,000 tonnes a year.

Chris Kimmett, commercial manager at Open Energi, says: “Research has shown that the UK has 6GW of easily accessible flexible power.” This is equivalent to 12 UK power stations and not only represents a cut of 3GW off peak demand, but could also cut the cost of providing power from roughly £700,000 per megawatt for a new gas-fired power plant to around £350,000 a megawatt.

A 2015 report from Energyst Media, however, showed that 67 per cent of businesses weren’t participating in DSR because they didn’t understand the products and services available or they felt they were too small to make a difference. This is the biggest challenge facing DSR.

Paul Lowbridge, Power Responsive programme manager at National Grid, says: “National Grid is well placed to bring the industry together given its pivotal role in the UK’s energy market. The challenge for Power Responsive is to exploit the opportunities to radically evolve our energy system, by changing the way we demand and consumer electricity.

“We already use a lot of these products to balance the system minute by minute. Improvements in technology allow companies to speak to each other in evermore sophisticated ways, and now energy systems can be more sophisticated and responsive, allowing them to be flexible. There are financial benefits and it can be a low carbon option.”

If just 5 per cent of peak demand is met by demand-side response solutions, it could benefit consumers by approximately £500 million

Turning down demand is not enough alone, however. National Grid is currently trialling the concept of turning up demand in a pilot called Demand Turn Up (DTU). When, for example, there are significantly high levels of renewable generation on a windy, sunny day, one question is where to put power which could overload the grid. The DTU programme is being trialled up to September 2016 and consists of 309MW of turn-up power.

It sees National Grid joining forces with a regional distribution network operator to co-ordinate its delivery, meeting the needs of both the national power system and local power networks at the same time. The service will essentially be shared with Western Power Distribution covering the Midlands, South West and Wales, and can either encourage users to shift their power use or reduce their generation.

There is a benefit for consumers as well. According to National Grid, if just 5 per cent of peak demand is met by DSR solutions, it could benefit consumers by approximately £500 million. And DSR, which is currently targeted at large-scale customers, could benefit retail consumers directly in the future. Many of the early trials were in the retail consumer market, but the margins were low due to the lack of infrastructure. Yet the current rollout of smart meters around the UK, as well as sensor-enabled white goods, means the market will eventually move in that direction.

Naturally, making this effective will require action on more than one front. According to Dr Harald Heubaum at SOAS, University of London: “Rolling out smart metres across the UK can only ever be one part of the solution. Another has to be targeted regulation to enable consumers to play an active and full role in the market, engaging directly with aggregation service providers and in doing so stimulating competition between them. Regulation should treat demand response in the same way it treats different forms of energy generation and energy storage.”

Until then, however, aggregators are offering UK industry a chance to make the most of the opportunities available. And the more power consumers join up, increasing the depth and breadth of the pool, the more they generate income – and the UK is well on the way to creating a new approach to its energy system. 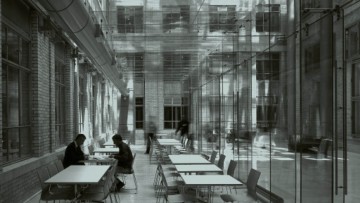 The Ministry of Defence (MoD) is taking a robust approach to demand-side response (DSR) to cut the cost of infrastructure investment and overall usage.

The MoD’s estates branch carried out its annual Triad stand-down campaign to reduce transmission charges, along with an innovative Red Tuesday DUoS (Distribution Use of System) competition to encourage personnel to hold meetings or alter their working hours to avoid using IT and other equipment during the “red” peak phase of pricing.

Early findings were this had an impact on usage levels and reduced demand, albeit to a limited extent, as the scheme is in its early days. But the indications are that it works.

The importance of MoD sites to national security and to assist civil authorities means the estate must have a resilient energy profile to enable operations to continue during a crisis. The distribution network operator’s demand reduction programme has, therefore, forced the MoD to take a more lateral approach to energy usage, encouraging more efficient use of assets, as well as reduced usage and maintenance costs of the estate.

As the DSR process continues to develop, the MoD will have to pursue both energy and asset efficiency further to enable release of reserve energy capacity or demonstrate why this should not be done. Similar issues affect other government-funded bodies, especially fixed-asset rich organisations such as the NHS, schools, colleges and universities.