Balancing data with creativity in marketing

When you already have 140 million users, how do you attract new ones? Music streaming service Spotify aimed to demonstrate its deep understanding of its subscribers, using rich data to tell stories of some individuals and show off the listening trends of 2017 in humorous ways.

The insights team analysed streaming data to uncover the most compelling truths about their users that would tell the most engaging stories on a personal and also wider level. As well as using the data to reward existing users with interactive quizzes covering their listening habits and personalised playlists recommending new music, it was also used to create humorous 2018 New Year’s resolutions for billboard advertising.

Building on the previous year’s campaign, Thanks 2016… It’s Been Weird, Spotify combined both traditional and digital advertising with messages such as “Take a page from the 3,445 people who streamed the Boozy Brunch playlist on a Wednesday this year” and “Eat vegan brisket with the person who made a playlist called Leftist Elitist Snowflake BBQ”.

According to Spotify’s chief marketing officer Seth Farbman, the campaign was a success. “Out-of-home gives that hyperlocality which gives those ‘aha’ moments to people. And it allows a digital community to feel connected in a physical way. This is happening here. We’re all seeing this and remembering this moment together,” he says. 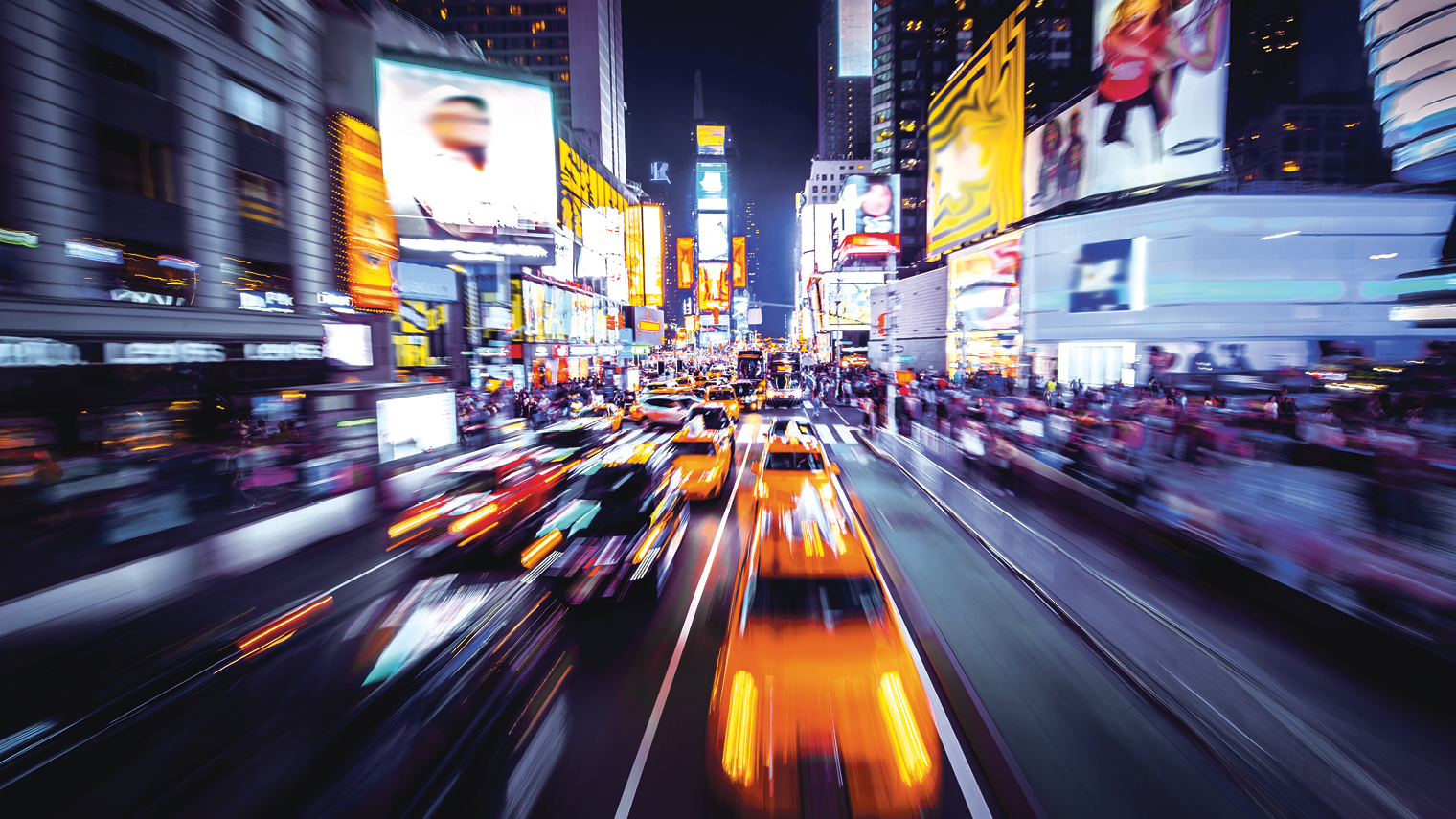 To raise awareness of the sixth season of American spy thriller Homeland in January 2017, Showtime Networks wanted to create an interactive experience to pull in more fans and ramp up hype ahead of the premiere. Using the Landmrk mobile mapping platform and geolocation data to produce an interactive walking tour of New York City, the network created an immersive experience that offered exclusive content and prizes to fans taking part on their mobile phones.

Fans could visit seven specific locations featured in the show to unlock exclusive audio from season six, presented as hacked phone calls. The audio content was hidden across Manhattan in high-traffic locations, including Times Square, Washington Square Park and Wall Street, where fans could “intercept phone conversations” from the show by visiting a website on their mobiles. Fans were also given their own unique agent ID badge to save and share on social.

Within 90 minutes of going live, the biggest fans had already visited every hotspot location on the map, and shared content on platforms such as Tumblr and Reddit. In just three weeks after the launch, more than 15,000 people took to the streets of New York to find the hidden locations and hack into exclusive content from the upcoming episodes. In the same time period, fans from 134 countries around the world navigated to the website. 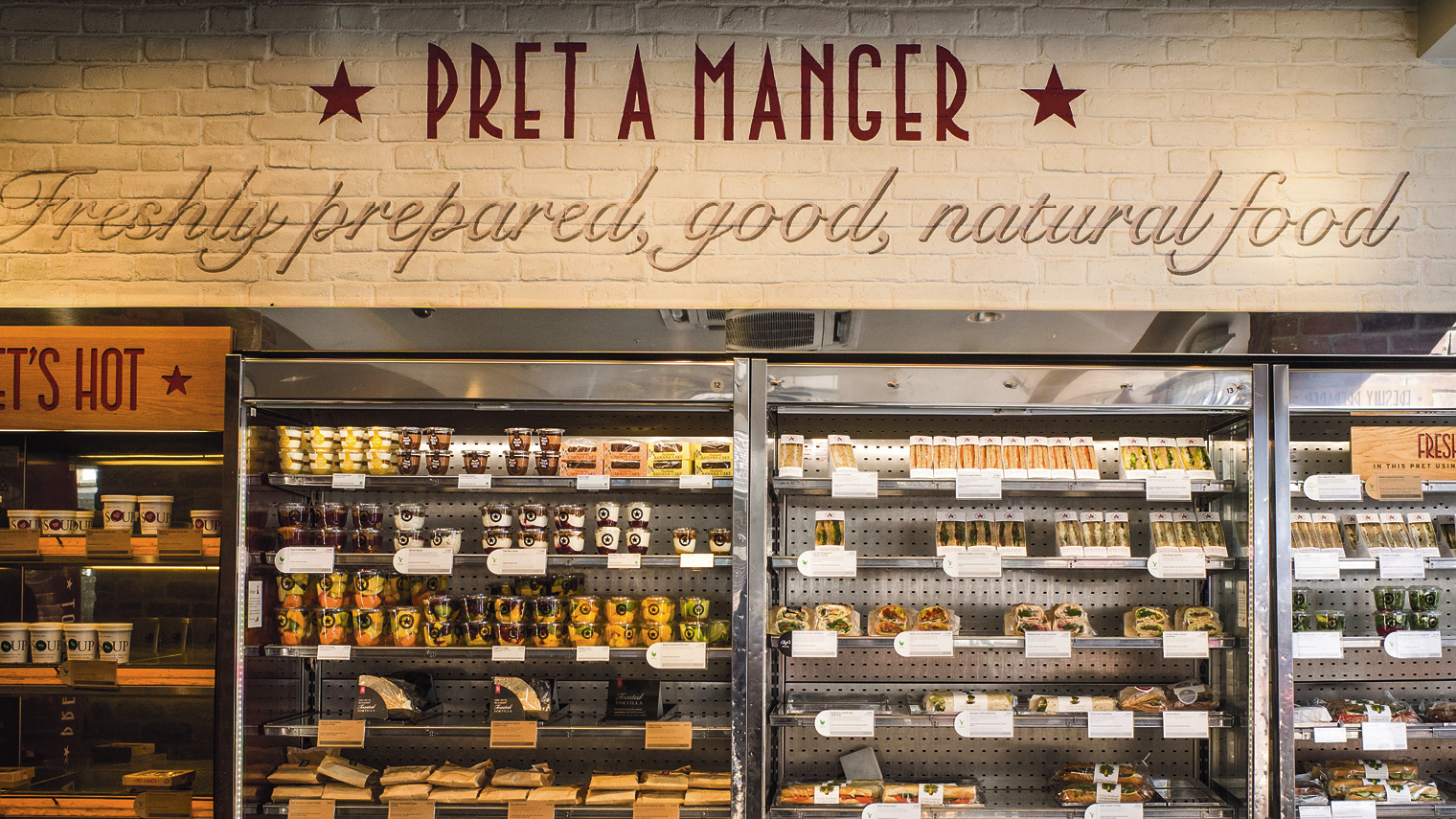 After 10,000 customers of Pret a Manger voted for a meat-free store in an online poll in 2016, the UK-based sandwich shop chain launched the Little Veggie Pop-Up campaign. The move came in response to the widespread surge in popularity of healthy and “clean” eating, and its insights team uncovering that 39 per cent of Brits now snack on cakes and sweet baked goods between meals, down from 51 per cent in 2015.

The site, at its Broadwick Street branch in London’s Soho, was only intended to open for the month of June 2016, and the firm had predicted it would see sales drop by up to 30 per cent and be a loss-maker.

However, sales jumped 70 per cent year on year. In fact, the top-selling eight new products at Veggie Pret were all vegan, which gave Pret more data to work with and a new consumer base to target. Customers wrote messages of support on the company’s Hit the Spot/Lost the Plot notice board, confirming that the company was serving a demographic already in existence.

The experiment was so successful the chain has now opened a range of four Veggie Pret stores, three in London and one in Manchester. 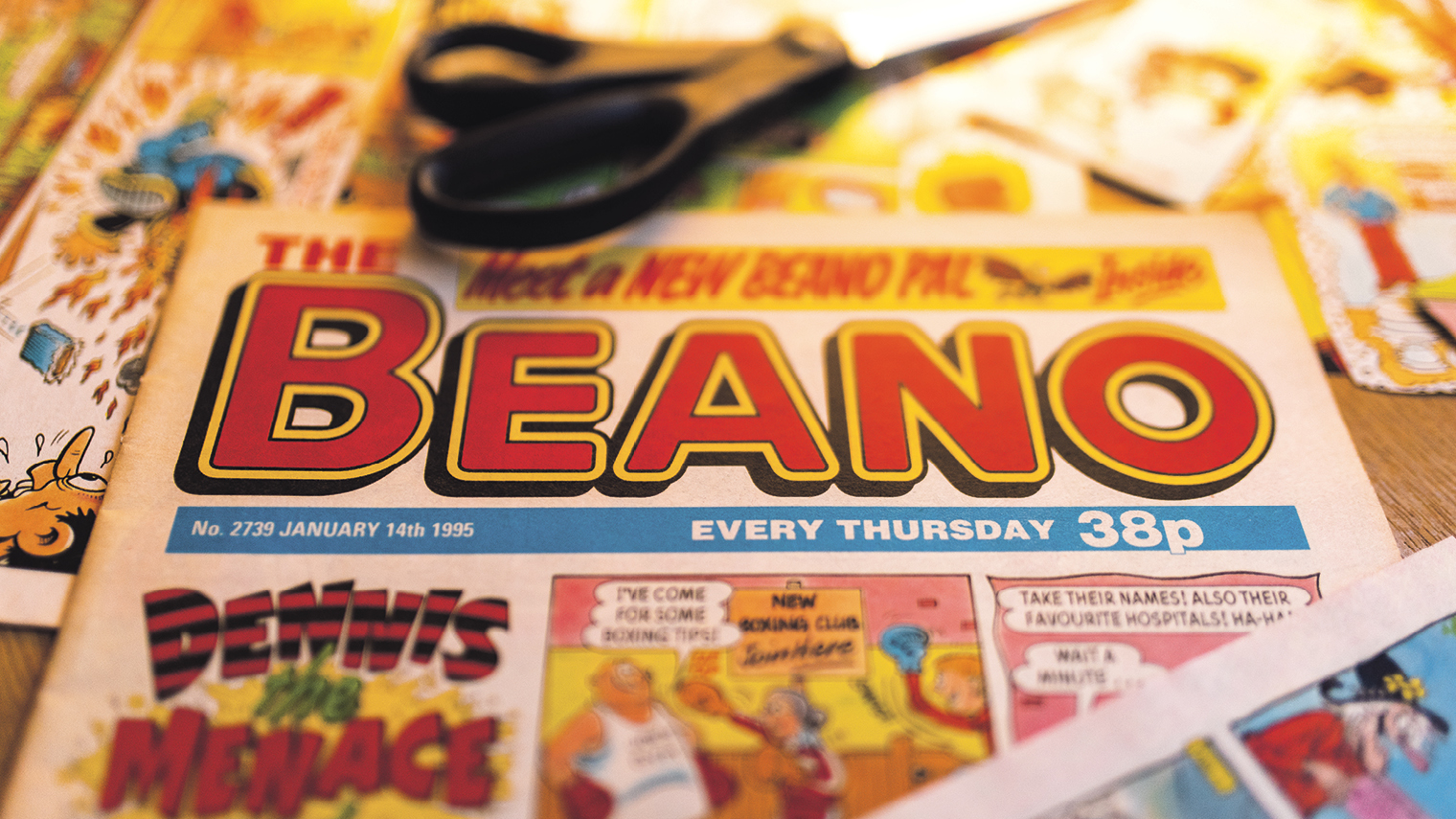 In an effort to turn the tide on declining print media sales and embrace the digital age, beloved children’s comic Beano took action. By 2016, parents’ awareness of the Beano brand had fallen to just 70 per cent, while kids’ awareness was down at 50 per cent, compared with LEGO and Disney at around 90 per cent.

Agency Red Brick Road worked with Beano Studios to create a toolkit called Beano Brain to collect data from quizzes, polls and behavioural trends on Beano.com. They analysed children’s digital behaviour and user journeys, ramped up face-to-face insight testing with kids every six weeks and put together a panel of 31 youngsters from a diverse ethnographic background, called Beano Trendspotters, to be interviewed on a weekly basis.

By the end of 2018, Beano.com was ranked the fastest growing kids’ website in the UK and had increased its US user base by 2,800 per cent. Brand awareness went up to 73 per cent among 6 to 12 year olds in 18 months, driven by the first six months in which it jumped from 50 to 65 per cent, with parental awareness growing to 91 per cent and trust up at 74 per cent. 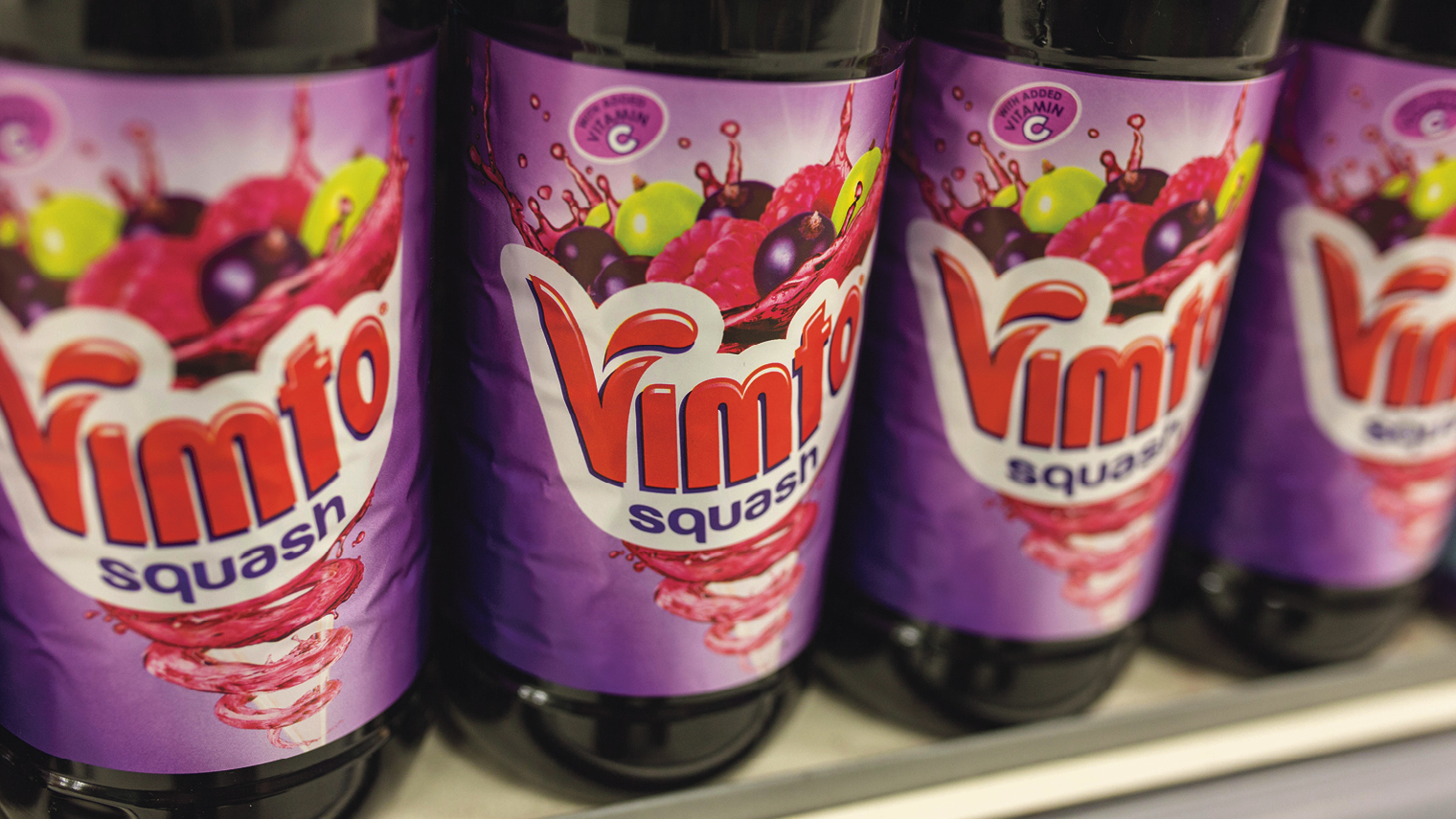 Getting through to Generation Z, people born between the mid-1990s and mid-2000s, on social media requires unconventional methods. In an effort to reposition its brand among younger audiences in the south of the UK, soft drinks company Vimto knew it had to be authentic and unique to cut through social newsfeeds after data revealed 69 per cent of Gen Z actively block social ads.

Working with creative communications agency Tangerine, Vimto deployed an “anti-advertising” strategy it called I See Vimto in You, relaunching its Instagram channel in three stages. The first stage included a “do not follow” channel, using two micro-influencers, cleverly formulated and targeted dark ads, and reverse psychology to drive people to a “secret” Instagram channel. The next stage was a “reveal and reward”, announcing Vimto was behind the channel and rewarding those who went against the grain and clicked “follow”.

Subsequently, follower growth and engagement maintained through further themed content, engaging imagery and micro-influencers that echoed the tone of voice.

Within two months, the Vimto Instagram channel went from 350 followers to just over 5,000, and more than half of the 557,000 video views watched were for more than ten seconds. The company says the activity contributed to a significant increase in Vimto sales during the period.