From adopting emerging technology to new business models, food businesses have adapted quickly to the changing demands of customers during lockdown, which may provide opportunities for growth 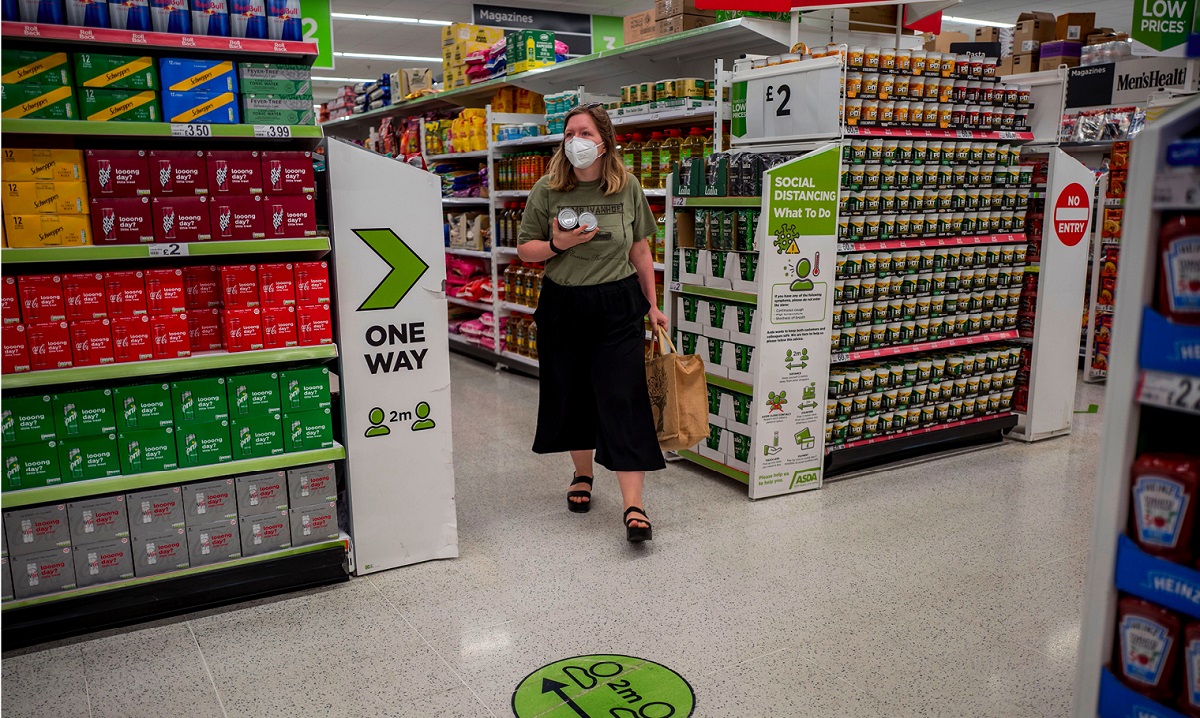 Stories of food-sector continuity in the UK during the coronavirus pandemic have served up a remarkable running buffet of resilience.

There is the mother-and-son team behind importer of Indian foods Spice Kitchen who took a second business unit for stock.

Ultimately, however, when it comes to the business of food, a broader long-term view of global supply chains is a must, one that is mindful of climate change, Brexit, eating trends and population growth, argues Jamie Burrows, founder and chief executive of Vertical Future. “COVID is just the first of many major shocks to the system, hence why we are betting on controlled environment agriculture (CEA) for both developed and developing economies,” he says.

Otherwise known as vertical farming, CEA offers highly resource-efficient ways of growing produce indoors. The fact Vertical Future secured £4 million in seed-round investment late last year, then a further £1.1 million during lockdown in April, provides an indication of the appetite for innovation in the marketplace.

With more than 50 per cent of UK food imported from the European Union, hard-pressed suppliers were already facing continuity fears of another kind anyway, says Dave Howorth, executive director of supply chain and logistics consultancy SCALA.

“As we look beyond immediate COVID-19 disruption, the looming prospect of Brexit will dominate the thoughts of many, with our recent industry survey having found that 97 per cent of businesses believe Brexit will lead to border delays,” Howorth says.

Overall, flexibility will play a huge part in future supply chain planning and design, as will tech. He adds: “Technology, particularly digitalisation, blockchain and increasing use of artificial intelligence, can play a key role in mitigating risk, particularly through enabling greater visibility across the supply chain and ability to switch supply when difficulties arise.”

Why we need to start growing our own

There are lessons to be learnt from COVID-19, though, says Russell Nathan, senior partner at accountancy firm HW Fisher. “Lockdown showed people’s habits are to hoard and, in preparation for a second wave and Brexit, many food suppliers and supermarkets are building up stocks of longer-life foods,” says Nathan. “For shorter-life foods, such as fruit and vegetables, the pandemic raised awareness of the need to grow more locally.”

Over the next few years, therefore, there will not only be a boom in the food-tech industry, according to Nathan, but growth in commercial use of greenhouses around the UK, as we embrace seasonality in pursuit of food sovereignty.

“As a society, we have become gluttonous with our desire to eat fruit and vegetables out of season. In the UK, we have to re-educate ourselves that we cannot eat everything we want 365 days a year. The smarter companies understand this,” he says.

Food tech is also responding to the rising global popularity of increasingly plant-based diets, from flexitarians to vegans.

However, for UK producer of plant-based meat alternatives THIS, lockdown posed some practical challenges. Rather than work from their labs, for instance, the company’s food scientists had to adapt and lab test products from their garden sheds.

More strategic issues arose too, says co-founder Andy Shovel. “Our business is trying to build a particularly strong presence in retail, having previously had an equal split between retail and foodservice. We’re also planning a direct-to-consumer (DTC) offering,” he says.

Of course, this is not the first time we have had disruption on a grand scale. Food historian and TV presenter Polly Russell, explains: “When the world turned on its head in March, it was our relationship with food that first showed the signs of strain. When faced with serious challenges or a national crisis, though, food manufacturers, retailers and customers have long had to adapt and adopt new food systems, habits and products.”

Canned food, for instance, which has seen a resurgence during lockdown, was first invented to help feed hungry French troops during the Napoleonic Wars. Early cans were very heavy and had to be prised open with a hammer and chisel, but later innovation saw market-leader Heinz working with British chemical company ICI to invent a self-heating can for the armed forces, even used by troops on D-Day.

Fast forward to 2020 and events have led Heinz to innovate again, but this time more in terms of strategy than cans. “Following the lockdown announcement of March 20, many were self-isolating and shielding, which meant getting groceries became a challenge. So, with a turnaround-time of less than three weeks, we launched our first ever ecommerce website,” says Jean Philippe Nier, head of ecommerce, UK and Ireland, at Kraft Heinz.

The spike in consumer demand behind the drive into DTC broke records. The brand boosted production of Heinz Beanz to 50 million cans in one month, nearly double the normal amount sold.

While production went big, however, the team behind the new Heinz to Home model stayed small for speed. Nier adds: “We worked as an entrepreneurial startup with a very small cross-functional team of four to shorten decision-making.

“We had to be reactive, agile and take more risks than normal. We’re glad we took the gamble. We’ve never had this kind of direct engagement before and it has been a real game-changer.”

By no means all COVID-induced changes have been positive, of course. For instance, six out of ten UK businesses decreased their investment in sustainability initiatives due to the pandemic, according to research from e-procurement specialist Ivalua.

Hope is not lost, though, concludes Ivalua’s smart procurement expert Alex Saric: “While it is a barrier today, COVID-19 offers a chance for businesses to reset their priorities, setting aside a focus on cost and putting sustainability at the forefront. In this respect, COVID could be a tipping point for a sustainability revolution.”

Politics of risk and response

To say nobody saw the pandemic coming is not quite true. In hindsight, questions should be asked about the quality of scenario planning and effectiveness of disaster preparedness, on the part of major companies, organisations and governments. Broadly speaking, the coronavirus outbreak could have been foreseen, but was not, says Dr Jens Roehrich, professor of supply chain innovation at the University of Bath School of Management. “COVID-19 could be classified as a knowable unknown unknown. Many organisations and governments were warned and aware of the catastrophic impact of a possible major global pandemic. However, the situation was considered either too improbable or expensive, or both,” he says. It is a matter of risk. Risk is a factor in business, also in politics. According to Roehrich, when it comes to resilience planning, politics now plays a greater role than ever: “Reshoring, bringing production or parts of the supply chain back to a home country, is not just a quality concern, but also a criticality concern,” he says. “How critical is the item and the capability to produce it within your national boundary for the safety and wellbeing of a population?” The spectre of Brexit on the near horizon post-COVID, makes UK food sovereignty a particularly hot topic. The reality, however, is food security was already an issue of concern anyway. Pre-COVID figures from the Trussell Trust put the number of active UK food banks at 2,000, with its own food-parcel totals up 23 per cent, the steepest rise in five years. In effect, the pandemic arguably preyed on some of the pre-existing social and economic conditions and vulnerabilities affecting the UK population, as well as its health. Families and individuals have been hit hard, says Tom Andrews, director at sustainable food places. “While the supermarkets and their supply chains have held up reasonably well during COVID-19, with only temporary shortages on some product lines, many hundreds of thousands of people have had to rely on emergency food aid during the crisis,” he points out. So what can government do, not only to shore up food lines beset by wave after wave of crises, from COVID-19 and Brexit to climate change, but actually fix the systemic issues? How can the UK not just build back better, but grow back greater? One strategic response is to invest in world-leading research that underpins business competitiveness and future-proofs continuity, so boosting food sovereignty and security. Last month, business secretary Alok Sharma announced £18 million in funding for UK horticulture, food and drink industries to support high-level scientific research and construct facilities. The Growing Kent & Medway initiative is one of seven national projects that will drive innovation-led growth and research and development, backed by the UK Research and Innovation Strength in Places Fund. Led by horticultural and agricultural research institution NIAB EMR, it will help make the Garden of England an innovation hub for climate-smart production and processing of high-value, nutrient-rich foods and plant-based products. While such regional investment is no silver bullet for UK-wide food problems, it might at least promise one green shoot.