Banks behind on digital customer experience

Financial institutions are under increasing pressure to close the gap between the experiences they provide and what consumers have come to expect.

It’s well documented that becoming more customer-centric is a proven driver for growth and profitability.

“Many customers already interact with their bank online for basic services and banks need to allow customers to explore more complex needs online, such as mortgage options, where they may have dealt with a member of staff in the past,” says Steve Davies, head of retail banking at PwC.

Barclays has led the way in financial services technology. In 2007, it pioneered contactless technology in banking and in 2012 it launched its Pingit mobile payment service. Then in September 2014 it launched its free bPay wristband, which works with the entire London transport network, requiring nothing more than a quick wave of the wrist to work.

Last year Barclays Mobile Banking won two prizes at the FStech Awards, one for enabling customers to call the bank directly from its app and the second for introducing instant lending on a mobile device.

While other banks are catching up with these innovations, Mr Davies says that technological tools such as gamification – the use of game mechanics to digitally engage people – are on the rise and are “an important part of meeting increasing customer demand for more refined and intuitive digital products and services”.

In its Gamification 2020 report, Gartner predicts that gamification, combined with other emerging trends and technologies, will have a significant impact on the emergence of customer engagement platforms and personal development.

The report suggests that by 2020 emerging technologies, such as gesture control, head-mounted displays and augmented reality, will mean gamification is integrated seamlessly in many domains. It says that gamification’s “sweet spot” is customer loyalty: “Consumers are tired of participating in dozens of brand-based loyalty programmes where the rewards are small and the investment in time is significant.”

Mr Davies agrees. “An increasing majority of customers prefer the online experience and want to be able to look interactively at different scenarios using alternative methods,” he says. “Banks are taking their cue from customers, as well as learning from other industries, such as media, mobile and retail, and setting expectations based on their experiences in those other industries.”

These days there’s really no excuse not to be tapping into this. “In 2014, 49.5 per cent of all online searches for life insurance and 42.1 per cent for over-50s life cover came from mobile devices,” says Alex Koslowski, head of proposition in the consumer division at Royal London, the UK’s largest mutual insurer.

“Consumers are faced with very complex products which are embedded in poorly designed online journeys that are just as complex and typically not optimised for mobile devices.”

In response to this, Royal London created a “truly simple” life insurance product which replaces complex, dozens-of-questions-long medical underwriting with a few smart questions that are always relevant to the applicant and lead to a price the company honours. The whole thing takes a few minutes, compared with 45 minutes with a conventional product.

Interestingly, the product is supported with an online application journey that was designed for mobile phones first and then built out for tablet and desktop channels afterwards. Mr Koslowski adds: “We put great effort into creating better and more engaging help functionality than any other provider, so that customers can learn more about how the product can fit into their families’ financial lives – without getting bamboozled with technical insurance jargon.”

STUCK IN THE PAST

Sarah Weller is London managing director at enterprise and consumer mobile app development company Mubaloo. The company has designed hundreds of mobile apps across a range of sectors, including financial. “There are still too many financial institutions in the UK that are stuck in the past,” says Ms Weller. “Some only allow customers to see minimal information about their finances or require a secondary pin-generator device that is easy to lose and break.

“When looking at the current state of the market, there is a massive difference between those who lead with innovation and provide their key audiences with what they need and those at the bottom who are struggling to respond to expectations.

“Consumers expect a constant experience, regardless of the device they pick up. They expect accessibility to information that relates to their lives and to help them make sound financial decisions in the omnichannel world.”

But it’s not just the consumer-facing element that suffers as a result of this risk aversion within the finance industry, says Ms Weller. “It’s the employees or stakeholders who need access to information and the right tools in their hands to understand the needs of the clients. Customers expect tools that help them make decisions. They want to make quick decisions and expect to be able easily to understand the impact certain decisions will have on them.”

Mubaloo acts first as a consultancy to see what improvements can be made, before creating apps. The company has worked with a number of financial companies, including Aviva, Hargreaves Lansdown, Schroders and Equiniti, to mobilise customer or employee-facing operations. Often these are apps that need to be securely integrated with back-end systems or third-party data sources. Mubaloo also helps companies to innovate with technology, such as utilising hyperlocation technologies, such as wi-fi or beacons, and extending apps to wearable devices.

In 2011, Mubaloo worked with Bristol-based Hargreaves Lansdown to launch the first live trading mobile app for shares and funds. The app helped customers to manage their accounts from their mobile phones or get access to the information they needed to make better-informed decisions. 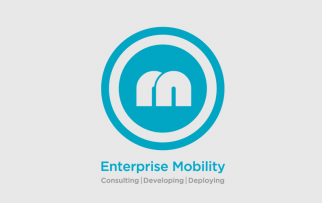 Mubaloo has designed apps for a number of financial companies

“By focusing on the design and usability, the app went straight to the top of the free finance apps in its first week and remained in the top ten throughout 2014,” says Ms Weller. “On Christmas day alone in 2013, 10 per cent of all fund trades took place in the app. As the app provides in-depth data analysis and insight for any person who downloads it, it also delivers value to people who aren’t a Hargreaves Lansdown customer. This provides the company with a huge competitive advantage, especially if people who aren’t their clients use it for information.”

Ms Weller believes that financial institutions need to prioritise their audience, and understand the most important tools and investments that will give them the best advantage. “At the moment, it just seems that in the banking sector, they are all struggling to keep up with Barclays,” she says.

One of the major sticking points for any kind of technology reform in financial services is regulation around mobile. “There is a need for financial lawyers and legal teams to catch up to technology,” says Ms Weller. Over the next year, EU legislation could see big changes to data protection and privacy. “Understanding this, and adapting to consumer demand and requirements is a challenge, but one that is worth trying to master,” she concludes.

HOW TO UP YOUR GAME

Bernardo Crespo, BBVA’s digital marketing manager, says: “At first the idea was to transform tutorial tips and videos into a fun way of learning how to use the BBVA online banking platform.”

As part of BBVA Game, the bank has created a number of challenges, and users are rewarded with points and badges based on how often they use the online platform.

Customers learn the lesser-known functions offered on the platform, such as electronic tax payment, modification of personal information, banking products and service applications.

“By learning how to use the online banking platform, BBVA Game users share more and more data with us. This allows us to launch user-targeted challenges and rewards,” says Mr Crespo.

“We discovered that users were going down an extraordinary unexpected path. Our learning was encouraging users to co-create challenges with us and evolve the game with other players. It has become a lever for new customer acquisitions by incorporating challenges related to football, such as quizzes, video games and a lottery.”

BBVA Game has now evolved, he says, into a simple way to get closer to the bank’s potential customers’ conversation on social media.

The bank is the sponsor of one of the most popular soccer leagues in the world, Spain’s Liga BBVA. Mr Crespo says: “Using Liga BBVA as a marketing hook, we were able to transform what we learnt from gamification into an acquisition platform for potential customers. That is how we came up with the name Liga BBVA Game.”

It seems to have worked a treat. Mr Crespo estimates that on average 25 per cent to 30 per cent of Spanish bank customers access their accounts online and BBVA has surpassed this figure by more than 5 per cent.

Moreover, he adds: “The consumption of online tutorials regarding the various BBVA online banking platform functions has increased 24-fold in a year after the launch of BBVA Game.”

Now game users share their quiz answers in online forums through content generated by BBVA Game. “Would we have been able to encourage our users to generate BBVA content without BBVA Game?” asks Mr Crespo. “Perhaps, but we would have never been able to increase the usage of the BBVA online banking platform.”