Video marketing, pioneered online by YouTube and coupled with the spread of smartphones, has put brands and their products in the palm of the consumer’s hand

If you haven’t seen the first-ever YouTube video, well, you’re not missing much. Me at the zoo was uploaded on April 23, 2005 and is a grainy, 18-second clip in which Jawed Karim, one of the site’s three co-founders, stands in front of an elephant enclosure and explains that “the cool thing about these guys is that they have really, really… really long trunks. Um… and that’s cool.” He adds: “And that’s pretty much all there is to say.”

Fortunately for Jawed and his co-founders Chad Hurley and Steve Chen, YouTube’s relatively inauspicious beginnings didn’t prevent it from becoming a global, game-changing phenomenon – and it’s still getting bigger.

Less than a decade after that first video went up, the site has one billion users worldwide and is adding 300 hours of new video content every minute. It is, by some distance, the biggest video-sharing website on the planet and, if it were a standalone entity rather than part of Google, would rank as the second largest search engine in the world. YouTube video searches account for a quarter of all Google searches.

By 2007, YouTube was thought to be using bandwidth equivalent to that of the entire internet in 2000

Throughout the site’s short history, it has always grown quickly. About 18 months after it was launched by the three former PayPal employees working above a pizzeria in the Silicon Valley town of San Mateo, the company was acquired by Google for $1.65 billion. That was in the autumn of 2006, by which time it had already become the fifth most-visited website in the world.

That same year, YouTube would feature on Time magazine’s Person of the Year cover, as the publication recognised user-generated content as a growing and important trend. It was a good call. By 2007, YouTube was thought to be using bandwidth equivalent to that of the entire internet in 2000. By 2010, it was serving 2 billion videos each day and claimed to have nearly double the audience of all three major US cable networks combined.

Since Google doesn’t release separate financial information for YouTube, it’s difficult to measure how well it is doing in monetary terms. But eMarketer estimates it made $5.6 billion in 2013, while ZenithOptimedia projected that the total value of the online video advertising would grow at 24 per cent a year between 2013 and 2016. And as more and more people use their smartphones to watch video, YouTube’s revenues are only likely to swell. Indeed, more than half of the site’s income from ads is now accounted for by mobile. 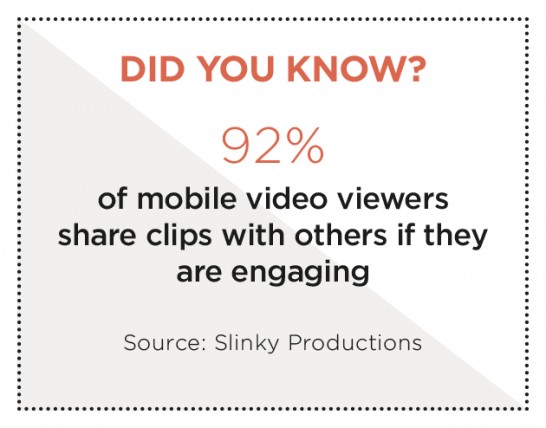 “Smartphones mean that people have got a video device in their hand or pocket at all times,” says Matt Smith, executive producer at digital video production company Tech TV. “They don’t have to log on, plug in or sit down – it’s just there, ready to go. And it’s a massive market.”

Mr Smith says that, by and large, businesses are alive to the scale of the opportunity that has come along with the rise of YouTube. “It’s a no-brainer. Not doing video as a business has become like not having a website was a few years ago. And, from what we see, the majority of companies are aware of that,” he says. However, Mr Smith adds, being alive to the opportunity and actually getting the most from it are two very different things.

“The demand for video is going up and, at the same time, attention spans are going down. So my advice is always to think about how the audience is likely to interact with it,” he says. “People are on their iPads or their phones and, in the evening, they’re dual-screening. So good, effective video tends to be short and sharable.”

YouTube’s TrueView ad system means viewers have the option to skip pre-roll commercials after just a few seconds. “That means, if you’re making an ad, you have to get the most important, engaging thing on the screen first,” he says.

YouTube has supported super-high-definition 4K video since 2010, a year before it was widely seen in cinemas, and the price of cameras capable of producing footage of that resolution – 3,840 by 2,160 pixels – is dropping fast. Later this year, Sony is expected to release the HDR-AX33 Handycam. At around $1,100 it will be the cheapest 4K camera ever.

But for companies that want to show off what they can do and paint themselves in the best possible light, YouTube isn’t the only option. Having a video in the memory of a phone is becoming a new type of business card – something easily to hand if there should be a short, off-the-cuff meeting with a client. But other hosting sites are popular too.

“Vimeo and YouTube are like kids on the same block who grew up next to each other, but who took different paths,” says Vimeo’s vice president of content acquisitions, Sam Toles.

“YouTube is certainly the dominant player, but the ecosystem includes anyone who loads anything – from cats playing the piano, to creators who have millions of subscribers. And it’s funded by ad revenue. Vimeo is the artistic kid in the neighbourhood. There are no cats or makeup tips; it tends to be longer form and produced by people who are passionate about high-quality content.”

The clean, uncluttered look of the site means that it seems more “expensive”, for want of a better word. And, in truth, it is. Businesses pay for premium accounts but, in exchange, rest safe in the knowledge that a thumbnail of a teenager giving cat makeup tips in their own bedroom is unlikely to crop up next to their high-end sales pitch.

But according to Dominic Smales, the founder of Gleam Futures, the agency that manages some of YouTube’s multi-million-subscriber vloggers, such as Zoella and Alfie Deyes, companies shouldn’t ignore the opportunity to tap into that market, although it might not be right for all types of business.

“The talent that we have on our roster will become more important because they have a much more developed and intimate relationship with the audience, who they’ve been talking to on digital platforms for years,” he says.

“We’re actually looking to do less in the way of brand partnerships, but the ones that we do will be much deeper and more credible. Businesses will have to think more carefully about the long-term and multiplatform way they have relationships with social talent and online influencers in the future. And they’ll have to work at those relationships properly.”