Marc Pritchard, the chief brand officer of Procter & Gamble, tells Raconteur how he's on a mission to reinvent brand building through advertising, and why sincerity and authenticity are so important when it comes to value-driven campaigns 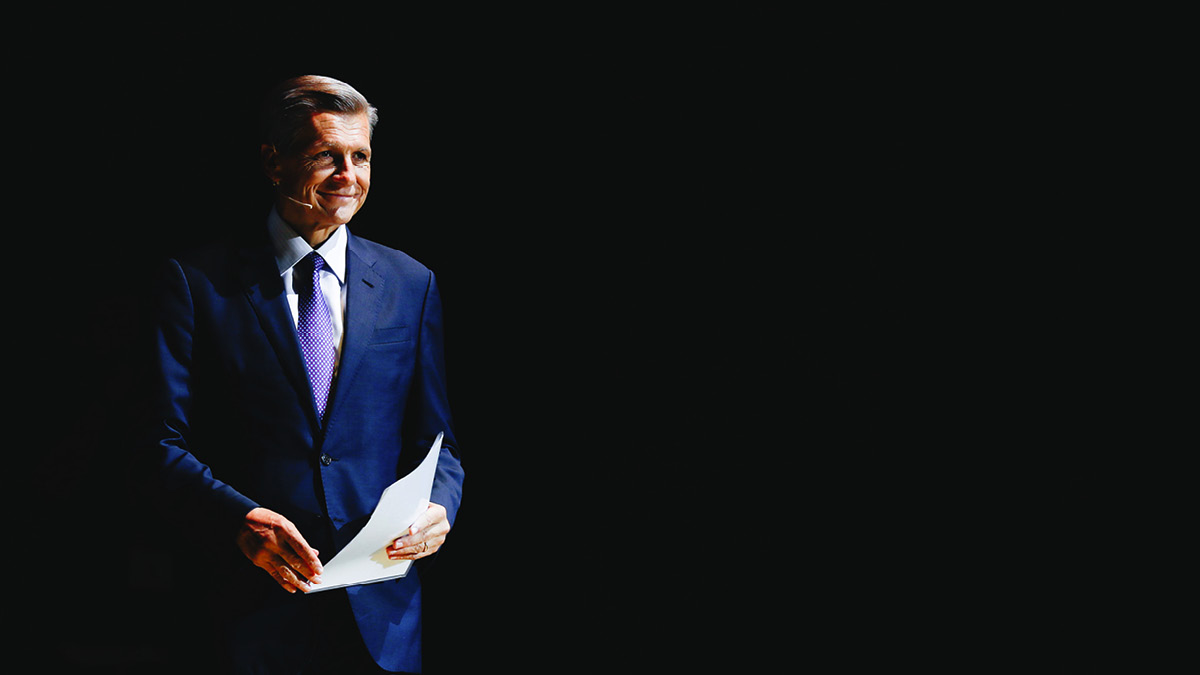 Marc Pritchard doesn’t like the word ‘purpose’. As chief brand officer of Procter & Gamble, one of the world’s largest consumer goods companies, he knows a thing or two about creating advertising designed to make a difference. But purpose isn’t what he’s going for.

“Purpose has become an ill-defined buzzword,” he tells Raconteur. With 62 per cent of global consumers wanting companies to stand up for issues they are passionate about, according to Accenture, it’s easy to see why brands have jumped on the bandwagon of ‘purpose’, defined as a company’s social and ethical values beyond simply profits.

But coming across as genuine is a tricky thing to master. And without authenticity, your messaging will fall flat or, even worse, look like a paltry attempt to align a sales push with an issue the public really cares about.

Instead, Pritchard is on a mission to achieve what he calls “citizenship”, because, after all, “advertising has such a huge impact on how people see the world”.

Three ways ads can have a positive impact

The marketing veteran explains: “We focus on how our brands and company can be good citizens of the world. Being a good citizen and a good brand is delivering a superior benefit to the consumer through our household and personal care products to help make their lives a little bit better every day. And then doing that in a way that improves the environment, improves the community, and improves equality and inclusion.”

He highlights three key elements of the “citizenship” drive: first, to ensure all advertising includes accurate portrayals of people, through race and ethnicity, sexual orientation, gender identity, ability and disability, or culture; second, to take a stand on issues that matter; and third, to improve equality and representation behind the camera. The latter is a perennial problem for the wider industry, with research from Creative Equals showing only 5.5 per cent of senior leaders in the UK creative sector are from black and ethnic minority backgrounds, while just 16 per cent of creative directors
are women.

While value-driven marketing only makes up a small share of P&G’s total advertising budget, which totals almost $7 billion annually, some recent, high-profile campaigns definitely fall into this category. Notable examples include Gillette’s ‘The Best Men Can Be’ short film last year, calling out toxic masculinity and sexual harassment, and ‘Like A Girl’ from Always in 2015 that sought to break down gender stereotypes and empower women.

Will we get bored of “purpose-driven” ads?

Yet looking forward, one might think that as more brands attempt to call out injustice, communicate around sustainability, or speak to consumers on a social level, there’s a risk of reaching a saturation point, with the public becoming numb to any messaging that seems too ‘woke’.

But Pritchard doesn’t think so. “I believe it’s the other way around. What I see is a greater desire from consumers to know what a brand’s values are. And what I think will happen is that the bar will keep rising. There will be greater scrutiny on whether brands are pushing an authentic message. Does this company share the values they’re espousing? Are they walking the talk?”

This level of scrutiny is something he’s used to. While ‘The Best a Man Can Be’ was praised by many, it still received a hefty amount of backlash on social media. Some even campaigned to boycott both Gillette and its parent company altogether, lambasting it as a part of a wider “political correctness movement” post-#MeToo or, as one conservative host of Fox News claimed, “a war on masculinity in America”.

The one-minute, 45-second ad, which depicted dads breaking up fights and men calling out sexually aggressive behaviour by their peers, has been viewed over 33 million times on YouTube, and has twice as many dislikes as likes. And yet, despite positive screenings before the ad’s launch, Pritchard wasn’t too surprised with the reaction.

“We were expecting there would probably be people with different points of view. But what happened was it literally got hijacked by some people who were very negative, and was amplified disproportionately. For some period of time, that became the narrative.

Do ads really need to feature the product?

That strategy seemed to have paid off, he explains. “Over time, the sentiment turned, and Gillette’s equity ratings have gone up, particularly among Gen Z and millennials, but even Gen X. We really believe it flipped the image of the brand. And those who attacked it actually drew more attention to it.”

Having worked for P&G for nearly four decades, joining as a cost analyst in its paper division in 1982, Pritchard’s enthusiasm and passion for the group’s “superior-performing products” is hard to ignore. Yet he also believes brands can be a force for good through their promotion of ethics and responsibility.

Despite this, arguably the success of ‘The Best Men Can Be’ could have been attributable to its actual absence of product placements and, by definition, ‘advertising’, which enabled Gillette to focus solely on the issue at hand without trying to explicitly drive more sales. So, with that in mind, is it even possible for companies to appeal to customers both on a product and social level simultaneously? Perhaps more importantly, should brands even try?

“I think it depends. If you can weave in the product benefit, that’s great. Periodically you may not. But what I think is very important is whatever point of view you take it has to be consistent with the core equity of the brand. So the brand has to have a legitimate reason why it expresses a point of view about an issue,” he says.

Indeed, Gillette’s follow-up campaign, ‘First Shave’, featuring a teenage transgender man being taught how to shave by his father, did just that, combining both product and purpose, and was largely well received.

Looking forward, Pritchard’s long-term goal is to “reinvent brand building”. Quite a task for the person responsible for P&G’s multi-billion-dollar media, marketing and advertising strategies for its 400-plus brands worldwide.

Marketing is “in a perpetual state of disruption”, he says, pointing to the growth of digital media, the erosion of consumer trust, declining TV reach and surging popularity for streaming services. All of this at a time when innovations in artificial intelligence, voice tech and the internet of things are transforming how brands interact and gain insights from their customers. “But the best way to deal with disruption is to lead it,” he says.

Importantly, it’s “constructive disruption” Pritchard says he’s aiming for: “There have been many disruptions that have destroyed value but the hardest task is to disrupt in a way that creates value for the consumers we serve.”

When it comes to marketing, his ambition is to depart from “mass clutter” and “annoying advertising”, and create campaigns “more superior, more useful and more interesting to the point where people actually look forward to seeing ads”.

He continues: “The way we’ve focused on doing that is by merging the ad world with other creative worlds, with music, comedy, sports and entertainment. So, we can continue to convey the superiority of our brands. But done in a way that is really, really engaging.”

One recent example is a web series by SK-II, P&G’s Japanese cosmetics brand, which featured a star-studded cast to discuss the product benefits of its Piterra Essence. Comedian James Corden, singer John Legend and actress Tang Wei were just a few of the A-list names involved in the tongue-in-cheek beauty demonstration videos designed to spread awareness and inform consumers about how to use the product.

“This thing was something people looked forward to watching, to the point where, when the series ended and had 661 million views, it led to a 27 per cent increase in search for SK-II, and grew their new users in double digits. That’s the kind of ambition we have with advertising.”