Seven hot tips from the world’s leading entertainment and comic convention could get your business events, trade shows and conferences buzzing like Wonder Woman body-slamming the Green Goblin 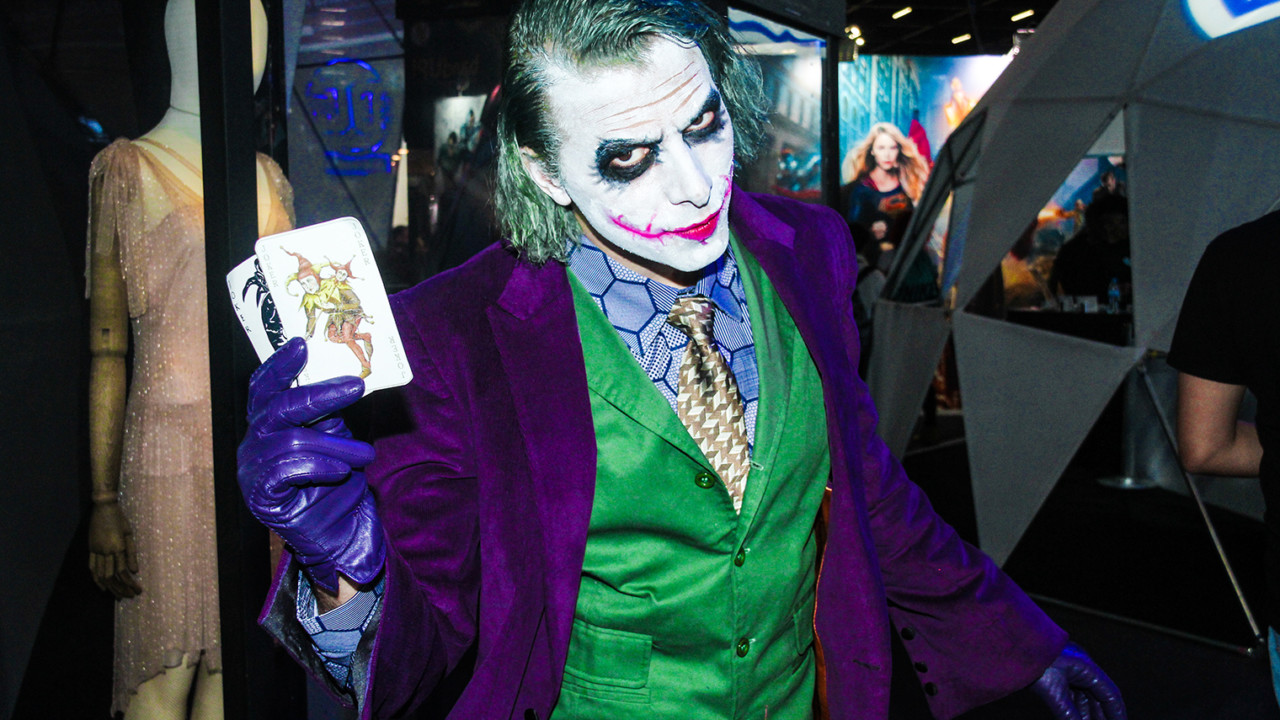 San Diego’s Comic-Con International is the mother of all conventions. Fangirls, comic nerds, cosplayers in character costumes and the world’s press assemble each year for a celebration of everything and anything in the fantasy world. It’s always a smash-hit sell-out. Twitter goes crazy. Game of Thrones stars trigger hysteria. And the hype and adrenaline will prompt other business events hosts to ruminate… “Why can’t my event be like that? With queues snaking round block, the only complaints are why it takes so long to get into the panel discussion.” 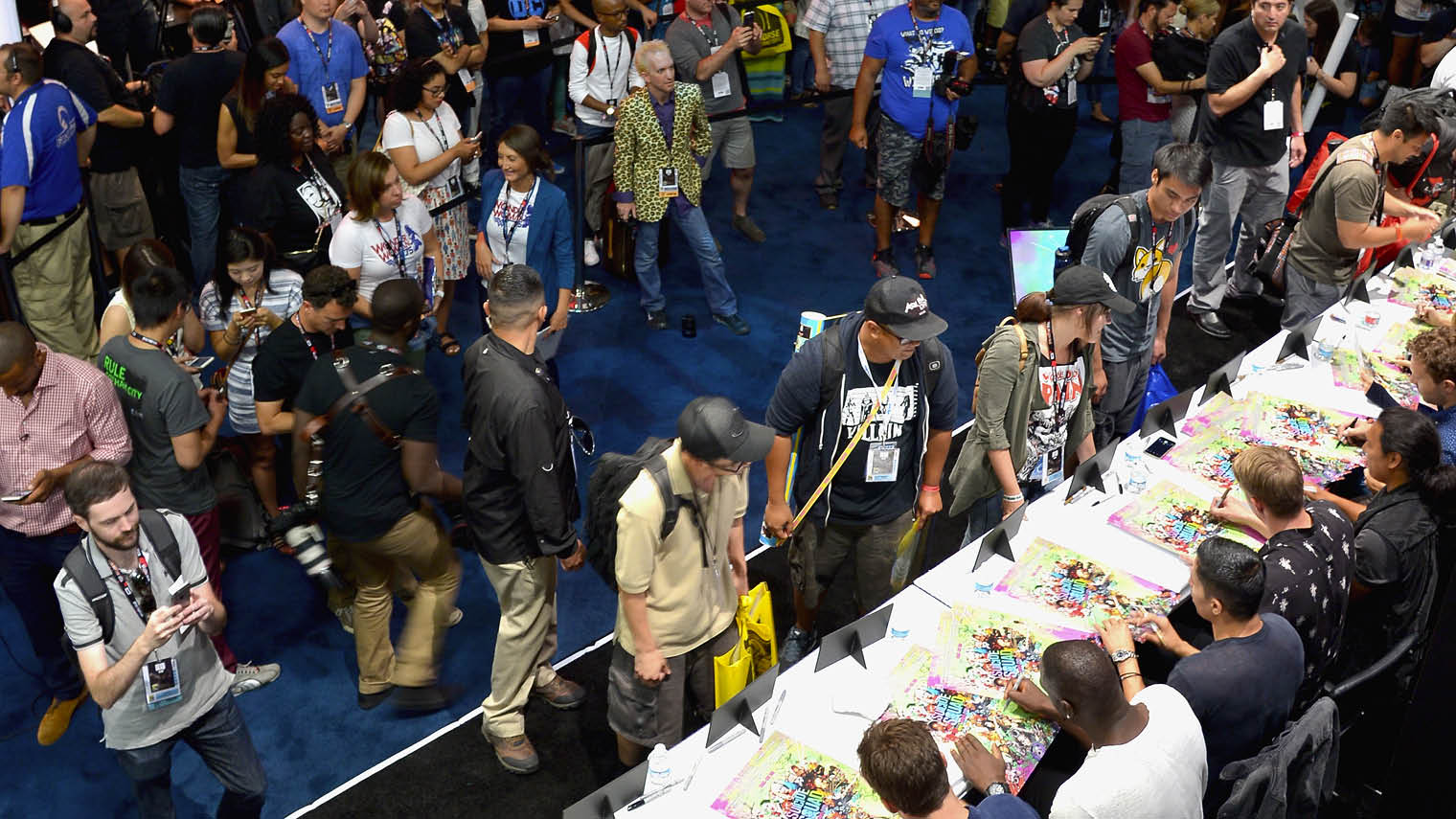 Comic-Con is all about the glitterati. The big guns. At Comic-Con 2016 the cast of the Suicide Squad movie held a full panel show. We had Margot Robbie, Will Smith, Oscar winner Jared Leto and Cara Delevingne striding on stage to rock music. Neuromancer author William Gibson was strolling round Comic-Con to talk about screenplays. The Star Trek boys including Captain Kirk and Commander Data were there, of course. The original cast of Alien turned up, plus a hundred more heroes of the comic book world. Big names are a big reason the public show up to events. Comic-Con is celeb overload. 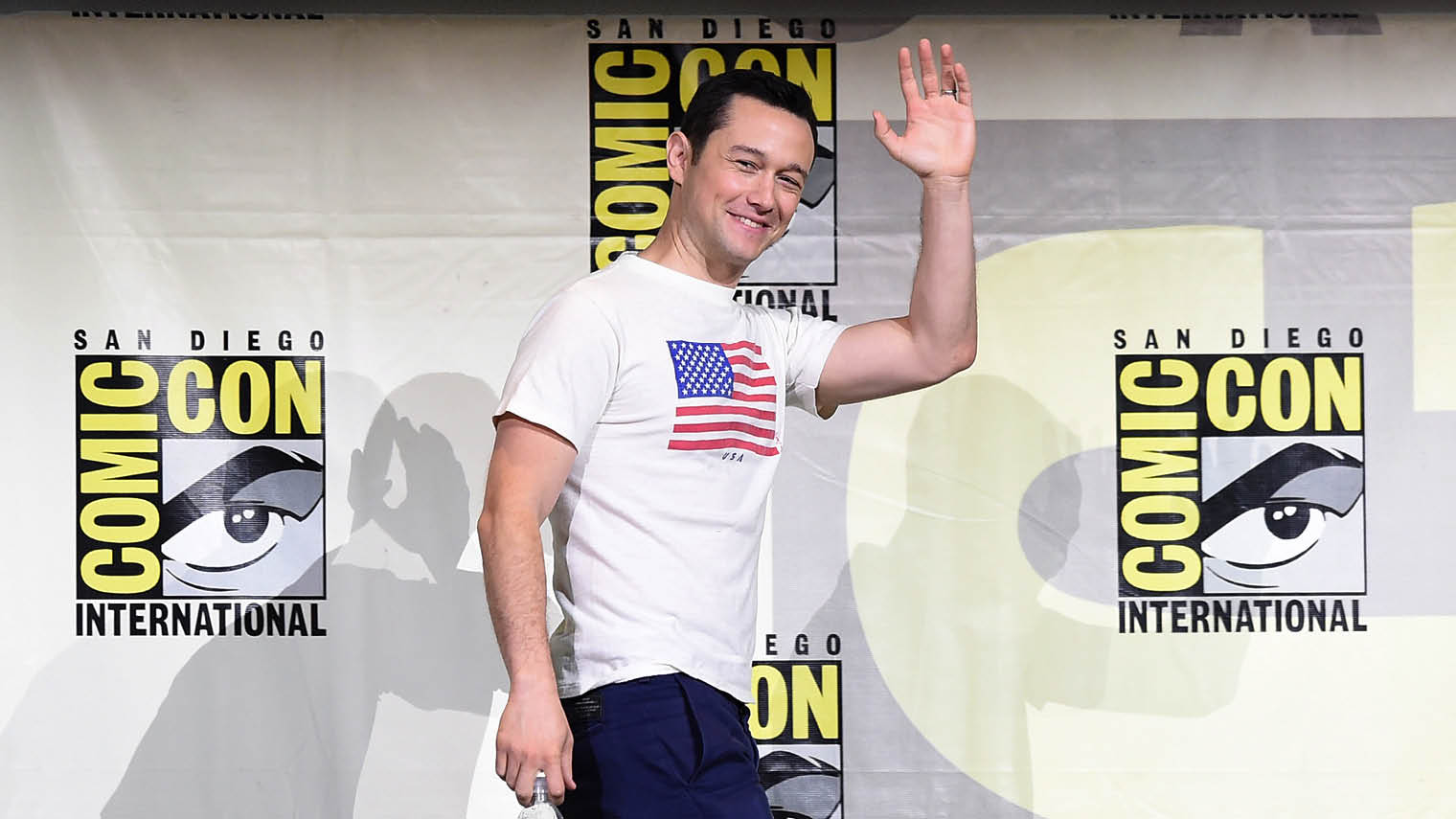 No one wants to be bored. And let’s face it, too many business events are tedious. The reasons are many – the pacing, the delays – but a major culprit is a refusal to tackle big issues. No such fears at Comic-Con. Last year film-maker Oliver Stone took on all-comers to answer questions about his docu-drama Snowden, portraying the whistleblower who exposed the United States’ programme of mass surveillance. The lead actors Joseph Gordon-Levitt, Shailene Woodley and Zachary Quinto engaged in a deep discussion with Stone about the balance between security and an intrusive and secretive state for almost an hour. Rolling Stone magazine called the discussion, “one of the more thoughtful we’ve ever seen here, delving into the very issues that the divisive figure’s actions continue to draw attention to”. Cut corporate flim-flam and go deep into troubling issues to keep people gripped. 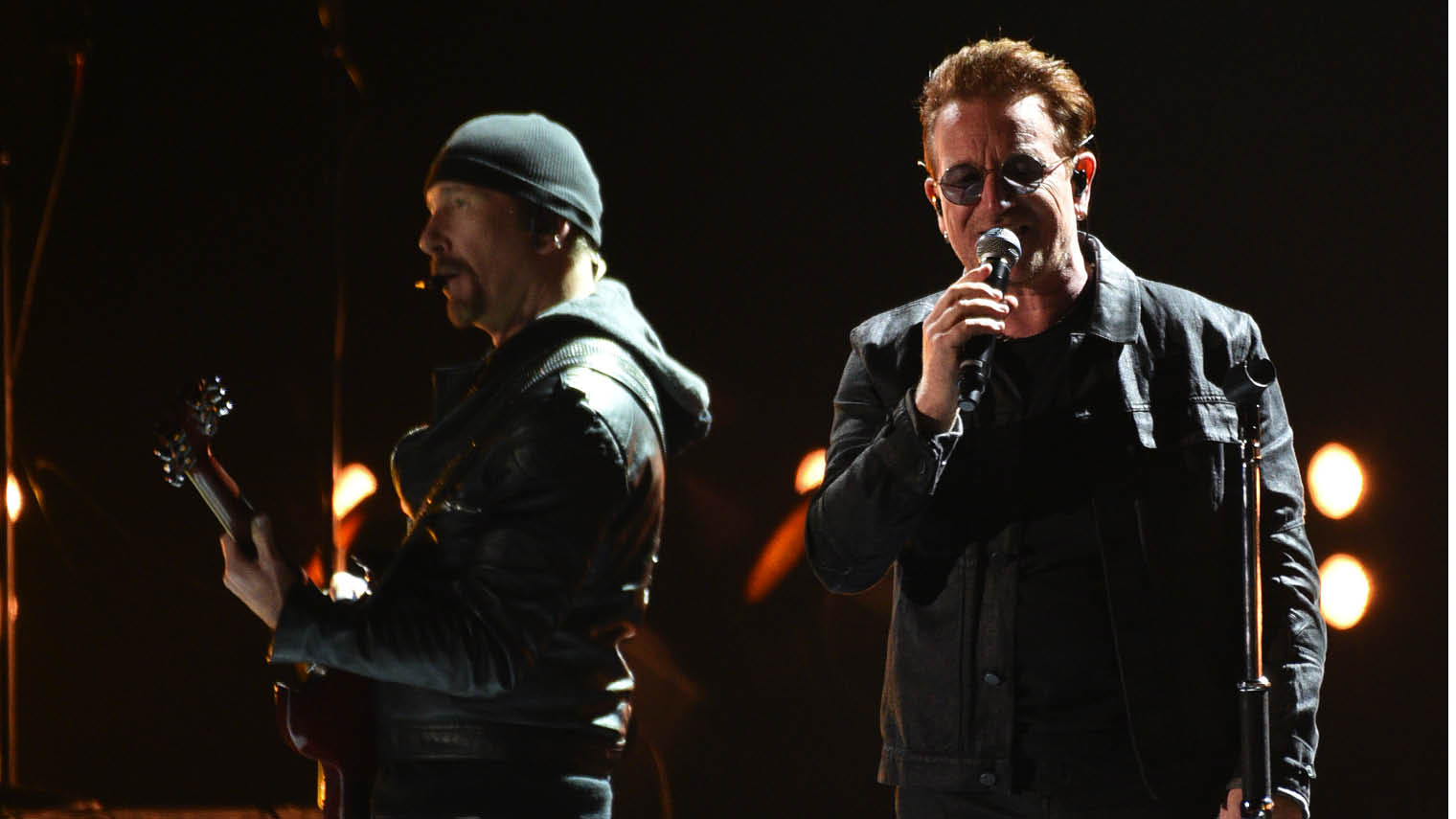 Last year’s Comic-Con blew audiences away with a string of first showings. The Wonder Woman trailer starring Gal Gadot was given its premier. Benedict Cumberbatch’s sci-fi thriller Dr Strange also gave its first trailer to Comic-Con. Exclusivity matters. Great business-to-business events know this and use it to ratchet up a sense of expectation. Samsung uses the Mobile World Congress to launch its new flagship smartphones. This year’s failure to launch a model was so aberrant it led the headlines. 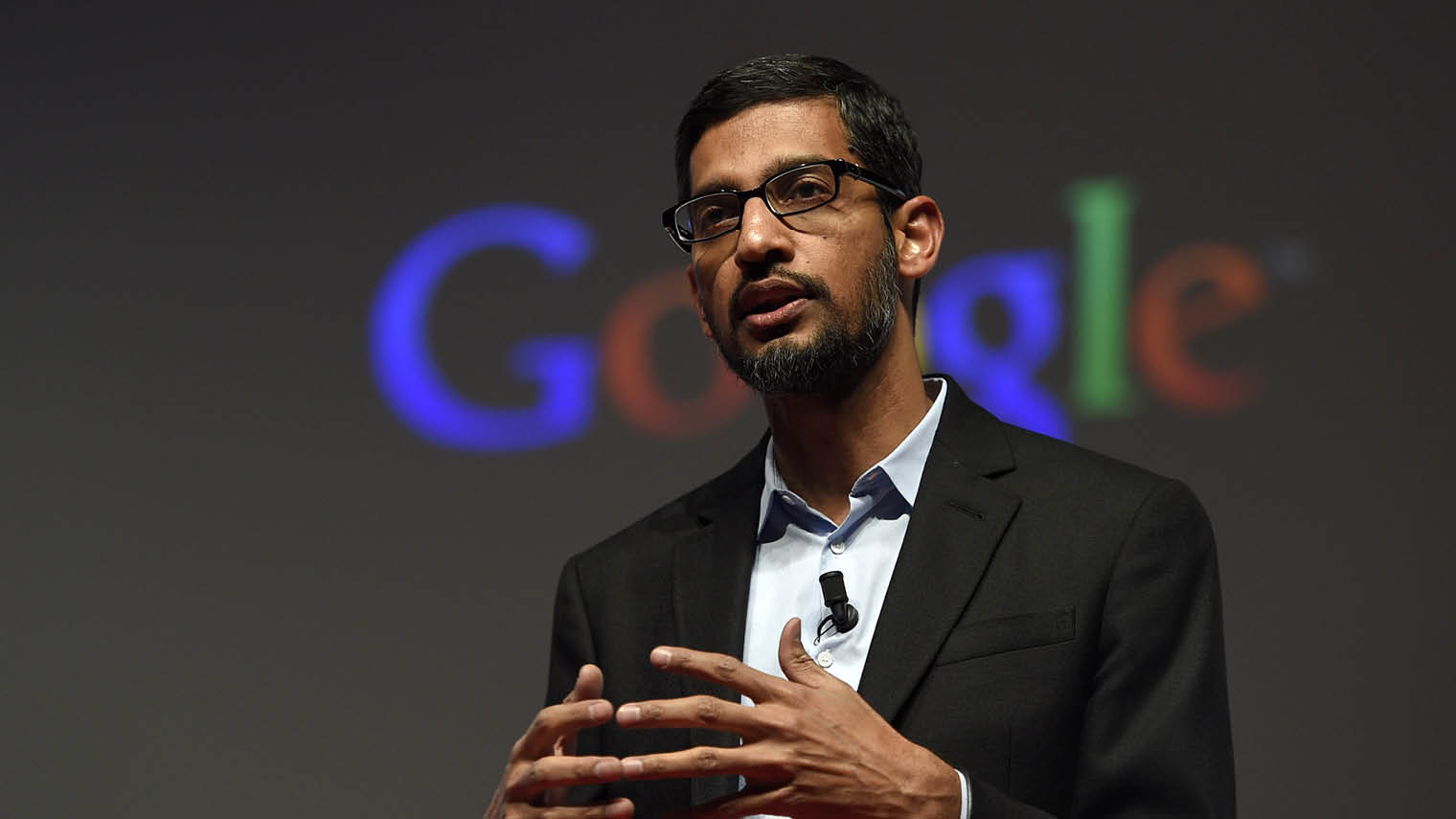 No one admits it, but conferences are a great way to let off steam. The Comic-Con set get this 100 per cent. The studios go all-out to top each other. The International Movie Database hosted a yacht party with legendary Mallrats director Kevin Smith. MTV and Fox held their own glam dos. The metal band Slayer played the House of Blues. The Nerdist party had Buffy the Vampire Slayer creator Joss Whedon. Best of all were maybe the cosplay get-togethers such as the Final Fantasy Gathering. Can businesses do anything similar? Of course. Salesforce’s legendary Dreamforce conference in 2016 hired U2 to headline its Dreamfest charity music concert. It included a cocktail reception and an after-party with MC Hammer and will.i.am. 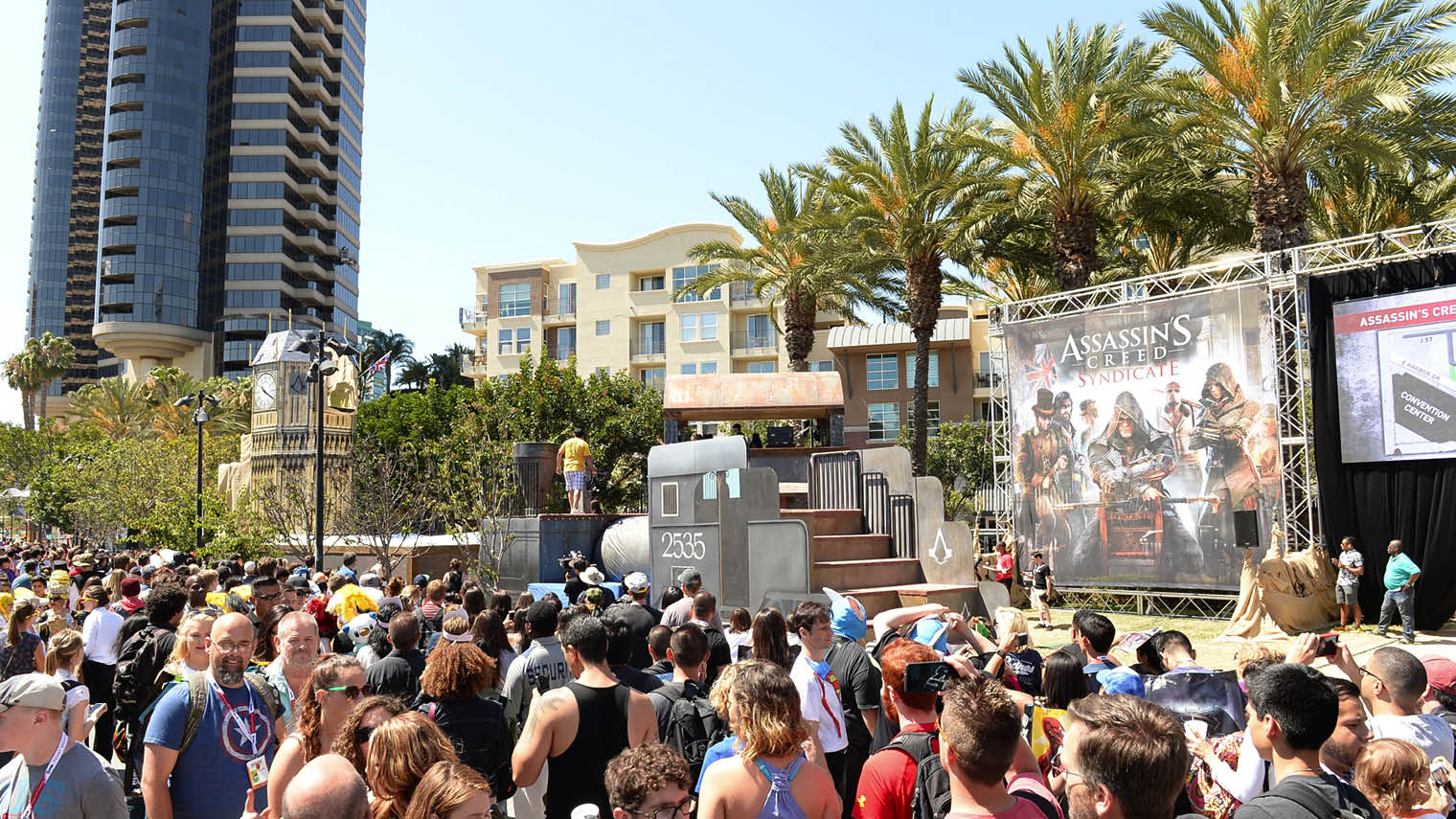 There’s a lot going on during Comic-Con, so fans navigate the arenas using a well-designed smartphone app. It lists special guests, provides a map and event details, and works across devices. Plus Comic-Con live stream events. Today an app is a compulsory element of any event. It’s not hard to do. Other tech is vital. Google IO conference live streams to 530 locations in more than 100 countries. Chief executive Sundar Pichai reckons a million people in China watched his keynote presentation in 2016. 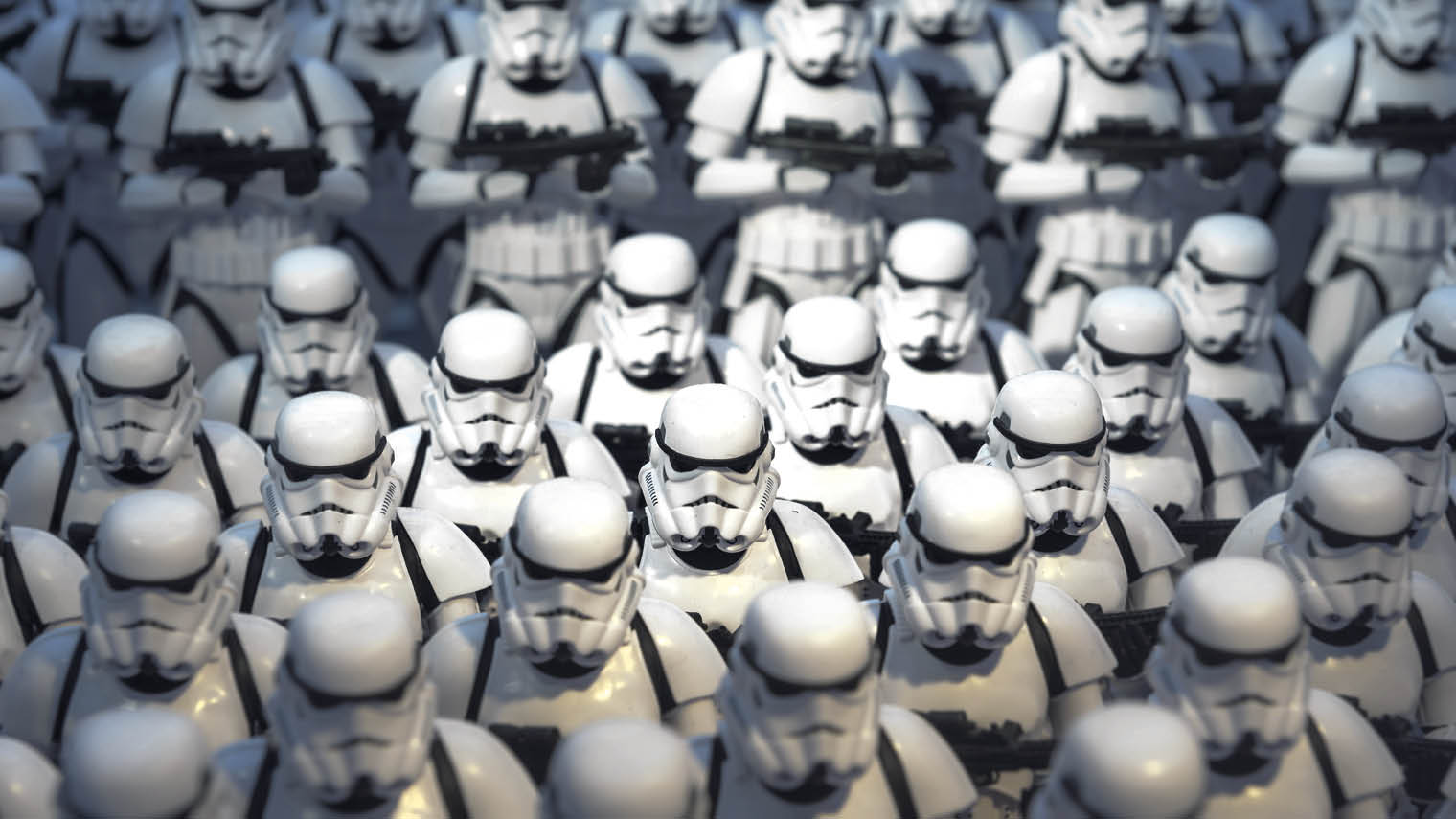 Do not, repeat do not, attempt to host an event where every scheduled moment uses the same template. Comic-Con sets the bar high by hosting umpteen eccentric one-offs. Bored with panels? Try the X-Men: Tomb of the Apocalypse Challenge Room. Enter a vault and solve puzzles to escape. At the end you unlock Apocalypse’s coffin and pull a key from his dead fingers. Not into it? How about Dr Who’s Tardis?  Or a Star Wars cosplay flash mob? As Alfred Hitchcock said, an audience would rather be baffled than bored.

Getting into panel discussions at Comic-Con is a bit of nightmare. It’s not uncommon to wait in line for an hour. Get your staffing levels right and use a ticketing policy for popular events or you’ll annoy your delegates. Time and time again trade shows get this wrong.