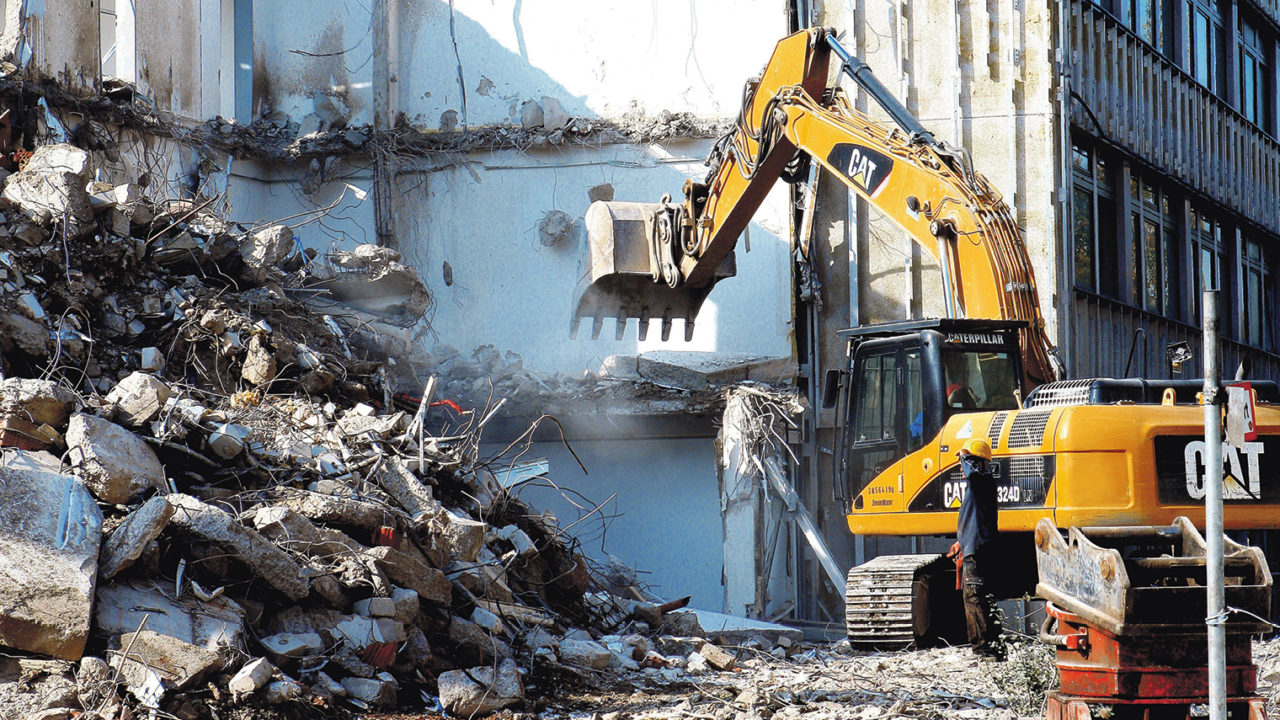 BAMB is on a mission. Begun in 2015 within the EU-funded Horizon 2020 programme, Buildings as Material Banks (BAMB) brings together fifteen partners from seven European countries. Its goal is a systemic shift in sustainable building.

As the name implies, BAMB reimagines a building as a dynamic repository of value, where tradable material assets can be deposited, data tracked, transferred and withdrawn.

Moderating material flows, buildings can help slow the resource burn rate to meet the capacity of the planet.

Three major changes support the BAMB vision for circular transition: change in design culture away from linear thinking; change in value definition towards longer-term and multiple lifetimes; and change in collaboration.

To enable this shift, BAMB is developing and integrating tools, such as materials passports, reversible building design and circular building assessment.

Potential is vast, says project co-ordinator Molly Steinlage. “Pilot projects and prototyping have demonstrated BAMB tools and methodologies can prevent 75 per cent of all waste generated and raw materials used over several building transformations,” she says.

As the sector currently accounts for 35 per cent of EU waste and 30 to 50 per cent of natural resources, action is critical.

Why BAMB and sustainable building are good for business

Until now, policy has been the main driver of construction waste disposal in sustainable building, and the London Plan should move circular economy and whole-life carbon up the agenda. Any systemic shift, though, will be business led, argues Carol Lemmens, global management consulting leader at Arup. “The first steps need to be made in business, particularly development,” he says. “Change will happen fastest, if there is a clear business case. Businesses that do not engage could lose market share, not only to incumbents, but also startups.”

Cutting cost and climate risk are business-case benefits of BAMB, says project manager Caroline Henrotay. “Waste prevention, eco-design, reuse and similar measures could bring net savings of €600 billion, or 8 per cent of annual turnover, for businesses in the EU, while reducing emissions by 2 to 4 per cent,” says Ms Henrotay.

Cost only remains a concern for traditional building methods, contends Ben Pritchard, consultant at Invennt. He says: “Instead of demolishing a building, why not take it apart and reuse the materials? The answer is simple: economics. All too often it isn’t financially viable. With the advent of modular construction techniques, this is set to change.”

Design for manufacturing and assembly, with flexibility and deconstruction built in, is the future, agrees Peter Kelly, head of sustainability at ISG. “Using off-site and digital construction techniques means buildings will be cheaper, quicker, higher quality, healthier and more productive,” he says.

Such adaptability is an innovation hotspot, says David Symons, UK director of sustainability at WSP. “Flexible designs mean lower total cost of ownership and more efficient resource use,” says Mr Symons. “The long term could see construction companies renting materials to owners; already quite common for fit-outs, with carpets, IT and desks.”

Research undertaken with Nottingham University by the Supply Chain Sustainability School, however, raises industry-wide implementation issues, says chair of the school Shaun McCarthy. “It is possible to measure circularity of a product or material, but putting this into practice is challenging. From government, down to small sub-contractors, we suffer from a shocking lack of data. Traceability technology exists, but we understand little about our supply chains below tier 1,” he says.

A whole-world view of circularity is the real reality check. At Davos in January, Circle Economy will launch its second Circularity Gap Report, developing sector-specific projections for a world only 9 per cent circular, explains director of strategic alliances Marc de Wit. “Translating the metric to the built environment in Europe and China shows the stark contrast between these world regions, and need to agree clear circularity pathways,” he concludes.

Differing rates of ongoing urbanisation underpin dramatic divergence in material consumption forecasts for 2015 to 2050, with Europe up just 14 gigatonnes (Gt) to 124Gt, but China rocketing 136 per cent from 275Gt to 650Gt. Closing the circularity gap calls for BAMB to go global, fast.

An inner-city school in Swansea has just set new industry standards adhering to circular economy principles and achieving 99.87 per cent diversion from landfill. The extension, refurbishment and remodelling of Pentrehafod School by Morgan Sindall, undertaken live with 1,000 students, is a Constructing Excellence in Wales exemplar project. Saving the council £8 million over new build, plus 994 tons of demolition waste, refurbishment also significantly lowered the carbon footprint. Some circular design choices are more visible than others. The reclaimed gymnasium floor, complete with court-line markings, has been repurposed to clad a new main-atrium staff pod. Whereas 210 tons of brick and block waste lies hidden as aggregate under the car park. Materials and finishes allowing for deconstruction and reuse of multiple building layers also help future-proof for circularity. “For progressive main contractors, innovation in sustainable construction has been a focus for years,” says Sean Bowles, managing director of Morgan Sindall Construction & Infrastructure’s central region. “But there’s work to be done to change attitudes in the wider industry. “Local authority customers and framework providers can drive this shift; in Wales they already do. Exemplar projects like Pentrehafod, which can evidence both cost and carbon-saving, will make the business case irrefutable.”