UK towns and cities are facing strategic challenges and social change as urban populations expand, exerting pressure on land, from green belt to former industrial sites with the potential for housing.

In this new era of urban transformation, there is greater consideration than ever for its impact on the local communities and the lives of those who live and work there

Urban regeneration has been gathering speed since the late-1980s, shaped by political and economic strategies, and after the most recent recessionary slowdown is again firing on all cylinders.

The lion’s share of the renewal activity is in London and south-east England, where challenges around housing are at their most acute. Bracknell, for example, is the first post-war new town to have its centre comprehensively redeveloped in a £240-million project enabling it to compete with other urban centres in the Thames Valley.

Elsewhere large-scale regeneration projects are also taking place. Coal mining towns, such as Rotherham, continue to reinvent themselves, creating jobs, infrastructure for transport and new sports facilities. The successful redevelopment of Cardiff is the result of a decade of urban transformation, while Manchester and Birmingham are demonstrating how established urban centres can regenerate vibrant cities.

However, it seems that while the drivers of regeneration remain largely based on economic gains, the UK is currently going through a period of transition. And in this new era of urban transformation, there is greater consideration than ever for its impact on the local communities and the lives of those who live and work there.

Laura Alvarez, a lecturer and urban design specialist at Nottingham Trent University, says: “The pressure is on to build more, better, faster and cheaper than ever before, but at the same time more evidence-based information is emerging with regards to health and wellbeing, and this is gradually being transferred into guidance and legislation.

“All eyes seem to be now on the impact of development on people’s lifestyles, a well embraced collective effort to secure the future of the NHS, as research and statistics are showing a strong connection between the quality of our environments and people’s health and wellbeing.”

In some cases redevelopment is the direct result of the influence of those living and working in the local area. In Nottingham several urban spaces have been regenerated, some to support growth and employment, while others are a result of grassroots action. Cobden Chambers courtyard and the city’s Market Square, for example, were improved as a result of student intervention.

Paul Cooke, new business and corporate social responsibility (CSR) director at Higgins Construction, goes so far as to say that the biggest single driver of urban regeneration is CSR.

He says: “Local authorities are looking at developers to demonstrate the benefits they are giving to the community as a whole. Whether it is a scheme worth £14 million or a flagship redevelopment worth £64 million, we consider the opinions of the communities in which we work and actively encourage choice from tenants, residents’ associations and key stakeholders who have a better understanding of their local environment.”

Central to most urban regeneration projects are brownfield sites that deliver mixed tenure housing, providing affordable dwellings through starter homes, homes for rent, shared ownership and private sale. The aim is to create balanced communities that are enhanced both physically and economically.

“Within regeneration schemes there is great emphasis on improving existing stock by introducing new private-sale homes which can be sold on to fund the improvements,” says Mr Cooke. “Councils have large housing stocks, particularly in London boroughs, many of which are in need of improvement. For example, Kings Crescent in the London Borough of Hackney is the only council and resident-led regeneration estate in London to combine refurbishment of existing council blocks with construction of new homes for social rent, shared ownership and private sale.”

The processes of regeneration are also changing. Developers are spending more time carrying out resident engagement programmes, and being involved in planning and learning lessons from one phase to the next. The industry has moved on from one-off big projects to continuous improvement of local areas, with long-scale phasing in of projects and more schemes that are multi-phased. It is not uncommon now for those involved in the project to be involved three to four years before actually starting on site.

In central London, where one-off large-scale projects have become increasingly challenging, the rise of public-private partnerships has provided a new mechanism for taking a longer-term approach to city development and transformation.

Ruth Duston, chief executive of the Northbank Business Improvement District, says: “These partnerships build projects that take a more co-ordinated custody of an area, to balance the existing private landowners, alongside business and the local council. For example, we are working on a project to transform the Aldwych, working closely with City of Westminster, Transport for London and the landowners, occupiers and businesses that will benefit from the transformation of the area. This will be done in a series of phases that will mean transport infrastructure is carefully managed through the process.”

The rise and development of Business Improvement Districts (BIDs) in the UK over the last decade have transformed the way that construction projects and urban regeneration more broadly are approached. The BID model, which directly involves the local business community in both the funding and planning of regeneration projects, has allowed a more holistic approach to place-making, one that is more responsive to the needs of the broader community.

Ms Duston adds: “Place-making is key to 21st-century construction, delivering usable and special spaces that can be used by as many people as possible. Critical to this have been developments that make great use of the public realm that surrounds and joins buildings. This space is the lifeblood of cities, and will come under more and more scrutiny as construction in London continues.”

In meeting the people and community-focused demands of modern urban regeneration, the construction industry faces many challenges, including restrictions on materials through supply chain and skill shortages.

Other key issues to be addressed include urban air quality and consumption of natural resources by urban environments. George Adams, UK engineering director of SPIE and chairman of the Construction Industry Council Green Construction Panel, says: “Globally, we currently consume about 50 per cent more resources than the Earth can replenish and cities on average take about 75 per cent of these resources. Like any urban-based economy, we are on a journey to move towards a sustainable, environmentally friendly, yet economically balanced future.

“The big areas we must now address are the recycling of existing buildings to keep them useful and extend their life as much as possible, along with improvements in health and wellbeing associated with living and working in buildings, especially now that over 80 per cent of the population live in urban areas. For the future we need developers, funders, designers and planners to collaborate, and see the UK as an opportunity for integration and overall sustainability.”

It’s not rocket science – if you create somewhere people want to live and work, then that will attract and sustain prosperity in the area

Delivering great places and buildings is not easy, and it can involve great risks. There are many constraints that can prevent the characteristics people and businesses value being embodied into developments, but the public is hungry for better places. 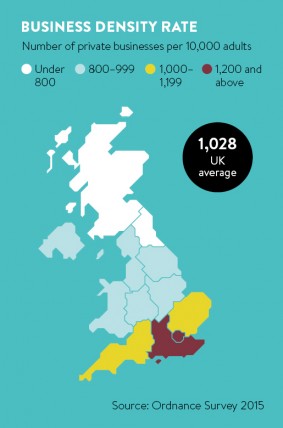 Research commissioned by law firm Trowers & Hamlins reveals that when people are looking to own or rent a home, their priorities beyond pure affordability are an area’s reputation, security and good design. Partner and head of residential real estate Sara Bailey says: “A recent roundtable debate with leading real estate professionals also showed great support for measures or guides that would help them to create developments that are financially and socially prosperous. The consequence of failing to consider a true measure of value in real estate developments is we will not be creating places that encourage long-term economic prosperity.

“It’s not rocket science – if you create somewhere people want to live and work, then that will attract and sustain prosperity in the area. Local authorities have the land that developers need. We need to reach an accord on the kind of places we are creating for future generations, while generating long-lasting financial benefit for the council and the private sector. What’s important is to align end-goals and get the development process right from the outset.” 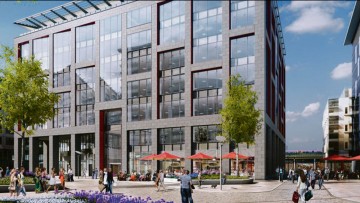 Salford Central in Greater Manchester is undergoing a major regeneration programme that will revive more than 50 acres of Salford’s civic and historic centre, creating around 11,000 new jobs, 220,000sqm of commercial space, close to 1,000 new homes and 400 hotel rooms.

It is being delivered by ECf, a joint venture between Muse Developments, Legal & General, and the Homes and Communities Agency, in partnership with Salford City Council. The main driver for the redevelopment has been the need to reverse decades of decline within what was Salford’s historic civic core.

“The relocation of Salford’s civic functions and slum clearance programmes in the 1960s and 1970s triggered a downward spiral of business closure and de-population leaving a trail of derelict and burnt-out buildings,” says ECf development director Phil Mayall. “At exactly the same time, the immediately adjacent Manchester city centre was enjoying an urban renaissance of exponential population and economic growth. By tackling a large area and using a cross-subsidy mechanism, by which more valuable developments support unviable schemes, a step-change has occurred.”
The Salford Central regeneration programme is one of the UK’s largest, with the greatest mix of uses involved. Input from those living and working in the area and those running businesses has been central to delivery of the scheme, the success of which is demonstrated by the fact that a 50-acre, transformational planning application had only four objections by the time it reached committee.

It is anticipated that it will take a further ten years to complete the scheme, after which the whole area will have been transformed. The key to delivering a project of this nature, says Mr Mayall, is detail and scale.

“Don’t neglect the smallest of details, litter, graffiti, overrun landscaping and so on, but deliver on a scale that is truly transformational and ensures that all investors, including existing residents and businesses, buy in to the change with confidence that it will continue for the long term,” he says.