Following funding difficulties caused by the 2008 crash, finance is beginning to flow to small and mid-sized businesses, which can now also draw on funds from alternative lenders

Earlier this year the Drury Tea & Coffee Company joined the growing ranks of small firms that have successfully secured growth finance after years of postponing investment.

The family-owned businesses, which supplies tea and coffee to hotels, cafés and restaurants around the country, has just agreed a £500,000 loan from a high street bank to develop a new roasting and packing plant that will triple production capacity at the 79-year-old company’s Woolwich headquarters in south-east London.

“There are lots more options for borrowing since we last took out a loan so we would have been stupid not to shop around. We looked at government funding, but the relationship we have with our bank is important to us and it came up with a great package,” says Marco Omli, the company’s sales director and nephew of chief executive Dino Omli.

This year the company’s turnover should top the £4 million recorded last time, according to sales director Mr Omli. “We were starting to turn down large inquiries so this will help us increase our market share and take on new staff,” he says. 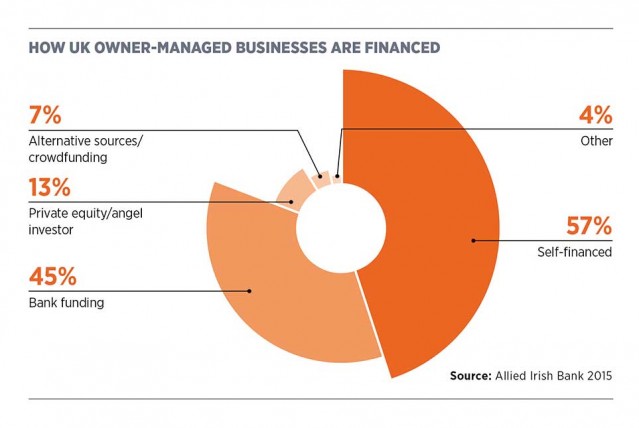 Figures published earlier this month confirm that access to finance is finally starting to improve for small and medium-sized businesses (SMEs) after many difficult years that followed the financial crisis. In the 18 months to June, 84 per cent of overdraft applications and 64 per cent of loan requests were successful, against 72 per cent and 56 per cent respectively in the 18 months to June 2013, according to the SME Finance Monitor from BDRC Continental, the business intelligence agency. Only 5 per cent of small firms now consider access to finance a barrier to growth.

Owner-managers’ awareness of the government’s financial support for small businesses, such as Start Up Loans and the Enterprise Finance Guarantee scheme, which provides loans for firms that lack security, is also improving, research by BDRC shows. In addition, Bank of England data published earlier this month shows net lending to SMEs by banks taking part in the government’s Funding for Lending scheme, which enables banks to borrow cheaply from the government and relend to customers, hit £490 million in the second quarter.

Encouragingly, almost two thirds of owner-managers who applied for credit in the past three months have been successful, according to the latest quarterly survey of members by the Federation of Small Businesses (FSB), the highest figure since 2012.

“Our figures show that availability is getting better, affordability is not getting any worse and perceptions of credit availability are on the up, which is very heartening news,” says the FSB’s Mike Cherry.

But a surprisingly large proportion of owner-managers remain unaware of the strength and variety of alternative finance providers that have emerged to help fill the funding gap following the crash of 2008. Just a third of FSB members are aware of challenger banks, online crowdfunding sites and other non-bank funding options. Of those who secured borrowing, only 2 per cent opted for export finance, seed or venture capital, or peer-to-peer lending.

Alternative lending is no longer a fledgling sector. Shawbrook and Aldermore banks, launched in the aftermath of the banking crisis with a focus on SME lending, both completed successful IPOs (initial public offerings or first public sales of stock) this year. Overseas lenders such as Handelsbanken and Allied Irish Bank between them have hundreds of high street branches in the UK. Earlier this year online invoice discounting platform MarketInvoice unveiled alliances with accounting software giant Sage and financial adviser KPMG, while Sugru, a startup that makes mouldable glue, raised a record-breaking £3.5 million on crowdfunding platform Crowdcube.

“We are on the cusp of significant change in banking and lending provision with adept new players coming into the market alongside traditional players,” says Mr Cherry. “Now is the time for businesses to step back and look at the options so they are not restricted to traditional high street lenders.”

Owner-managers are finding new banking entrants can sometimes provide same-day lending decisions and better online services than the big high street banks, which are encumbered by numerous layers of internal decision-making processes and legacy technology. Smaller challengers are also able to build a relationship by offering personalised services, both face to face in branches and in back offices where loan decisions are taken.

A new breed of banks

“Some challengers are presenting themselves as more customer-focused, and embedding a fair and ethical culture in their approach to banking,” says Warren Mead, KPMG’s head of challenger banking. “The scale benefits that should be gained by the big five [banks] have been partly eroded by unwieldy legacy IT systems, regulatory change, costly real estate and compliance issues.”

Strong relationships built on mutual trust between lenders and borrowers will be the foundation of future lending growth, according to Carl D’Ammassa, director of business finance at Aldermore. “During the downturn, SMEs saw their funding lines removed or they were declined for new lending, eroding trust in the lenders they had relied on. Understandably this made them wary about using external finance, a distrust they are only now overcoming.”

Thomas Parry, research manager at the Forum of Private Business, agrees. “The fall-out from the financial crisis created a perfect storm. Banks were foreclosing what many believed were viable businesses, and owner-managers had their houses and even their health and personal life on the line. It created a trust issue that would last a decade.”

But banks are working hard to renew relationships.  For example, after a recent conversation with his bank manager, one local retailer was unexpectedly offered finance to buy the premises he had been renting for many years. “He was gobsmacked – and he is considering the purchase as it could be part of his pension,” says James Cliffe, head of business banking at HSBC. “We see too many entrepreneurs who think that the banks won’t lend to a company like theirs – and we need to break that myth.”

Owner-managers can help themselves by learning how to present their loan applications.  “We know that accountancy firms are hiring former banking advisers to help clients speak the same language as lenders and improve their chances of success,” Mr Parry adds.

Trust is hard won and quickly lost, as financial institutions have discovered. But for owner-managers, the good news is new relationships could be just around the corner.