Enforced home-working has exposed inequalities in the division of labour in many households, so what are the implications for female business leaders and what could this new way of working mean for the future? 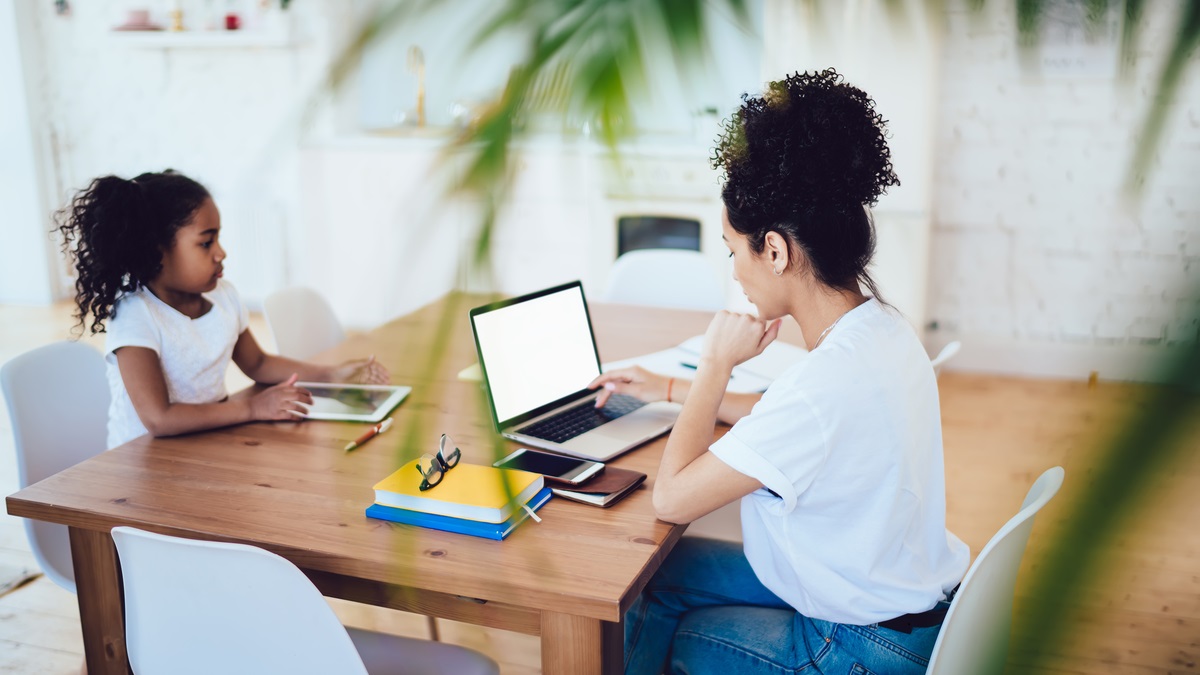 For a lot of women in the corporate world, opportunities to rise to the top have unfortunately relied on having someone to look after the kids. But since the start of lockdown in March, school shutdowns and household isolation meant that caring for children quickly moved from the paid economy – nurseries, schools, babysitters – to the unpaid one, and couples had to decide which of their jobs would take the hit.

Childcare – or the lack thereof – has been holding women back from moving up the corporate ladder for far too long. The number of female CEOs in the Fortune 500 hit an all-time high of just 37 this year, while the number of women leading companies on the FTSE 100 stands at just five.

The past four months of the government’s stay-at-home guidance have largely shown that remote, flexible working works, for nearly all roles and across seniority levels. It has also exposed the often unequal division of labour at home when it comes to looking after children, so it’s not surprising to hear that many women-led businesses embraced flexible working long before coronavirus hit.

Rachael Corson is the co-founding director at Afrocenchix, a natural and organic haircare brand for people wearing Afro-textured hair. In 2019, the company set out to raise £360,000 while Corson had a very visible baby bump. In years prior to this, potential investors had made an issue of her impending motherhood while raising funds during her first pregnancy.

But Corson says she was unfazed and has always taken a very hands-on approach to running the business alongside raising her young family. “I even pitched at Afro Tech Fest in 2017 whilst breastfeeding my baby as we weren’t in a position to let opportunities pass us by,” she recalls.

Now aged four and one, Corson’s children have spent recent months in the garden, while she herself carries out her work from a newly converted office-shed. “Even before home-working due to lockdown, we’ve had very child-friendly policies. Team members with kids can bring them to the office and we’ve adapted by having a ball pit, travel cot and baby books in the office,” Corson says.

Juliana Meyer is chief executive and founder at SupaPass, a startup helping businesses to create content-driven websites and apps. With a heavy working schedule, she worked right up until the birth of her son, who is now two.

“I managed to breastfeed him for a full year. I would breastfeed him at meetings and everything, and so everyone just had to get used to it,” she says.

Working 100-hour weeks, with a husband also in full-time employment, she starts work early to fit everything in. “I usually start the day at about 5am to get a couple of hours of focused work in without interruptions before my son is awake. Then the day is a juggling act between sales, client and team meetings, childcare, and the other demands of leading SupaPass,” she says. “I’ll usually spend a couple of hours of dedicated time with my son between 6pm and 8pm, and then finish the day with another three to four hours of work until midnight.”

Prior to lockdown, Meyer’s son was at nursery, but she no longer has access to that service. “The days are long and relentless,” she says.

At present parents can share up to 50 weeks of leave and up to 37 weeks of pay between them following the birth of a child. However, this all has to be taken within the first year of a child being born or placed with an adoptive family, so is fairly restrictive.

“We’ve got to start thinking about what the solutions are to enable women to take full responsibility for both their jobs and home life. Working from home is a brilliant solution. But investment into female-led businesses, post-COVID-19 is also vital,” says Lisa Parfitt, managing director of ENGINE Sport & Brand Experience and board director for Women in Football, who has two daughters aged ten and six.

Looking forward, how the current pandemic and widespread acceptance of flexible working will impact the careers of working mothers remains to be seen. With many companies prepared for a more fluid day-to-day workforce, where some employees won’t ever return to the standard nine to five at the office, parents may be increasingly able to manage both their home and work lives simultaneously without sacrificing their careers.