The UK is proving to be an increasingly popular target for foreign investors seeking a business opportunity, writes Sally Percy

UK property famously appeals to foreign buyers, but they like to snap up our businesses too. Research by law firm Allen & Overy found that in the third quarter of this year, the UK was the world’s second most popular destination for inbound investment after the United States.

The fact that UK businesses are an attractive target for overseas companies is hardly surprising, says Daniel Domberger, a partner at corporate finance advisory firm Livingstone Partners. “It’s a welcoming climate for business with well-established legal precedents for the mechanisms of M&A, which not all jurisdictions have. And it’s relatively easy to do what you want with the business once you’ve acquired it, in contrast to many European countries.”

In particular, the UK appeals to US investors because they see it as the beachhead into Europe, says Mike Driver, a partner at corporate finance boutique Convex Capital. “The language is the same and there’s a similar legal system,” he says. The UK’s return to economic growth and higher consumer spending are making the country attractive to US retailers, while our technology businesses complement those across the pond.

Tax planning can be another reason why US companies favour buying a business in the UK. They may intend to shift their headquarters here in order to benefit from our lower corporation tax rate in what is known as a tax-inversion strategy.

It isn’t just US buyers that have their eyes on the UK, however. We are also an appealing destination for acquirers from Europe who want to invest in our growing economy by buying businesses with the right strategic fit. The Far East is another source of inbound investment due to slowing growth in China and the near-stagnant economy in Japan. Businesses from this region are lured into the UK’s manufacturing and heavy industrial sectors, which match their own capabilities.

“Chinese corporates are trying to buy into the mature markets,” says Dougald Middleton, head of lead advisory at EY in the UK. “They’re buying into food processing and automotive, and a host of other sectors. Meanwhile, Japanese corporates are buying assets that some of our companies think of as low growth. But these low-growth assets are fast growth compared with what they could pick up in Japan.”

According to Mr Domberger, overseas buyers are generally looking for a “solid, well-run business with a demonstrable track record of growth and demonstrable ongoing prospects”.

He continues: “For a sensible acquirer, the acquisition will always start with the strategic objectives. There may be a checklist of nice characteristics that you would like your acquisition target to have, but if these don’t fit with your overall strategy, then they are all effectively irrelevant.” Mr Domberger also highlights the importance of cultural fit since investors will often want the team running the business to remain in place once a transaction has completed.

Vendors looking to sell their businesses need to be really well prepared for the sales process, says Mr Middleton. “Make sure the vendor due diligence and the whole packaging of the transaction is as tight as possible. One of the things that can delay or derail a transaction is if the numbers don’t come out as expected,” he says.

Mr Domberger adds: “There is a lot of housekeeping that you should ideally begin to think about 18 months before you start on a sale. Make sure your contracts are properly documented and your employment contracts are in order. And make sure your IP [intellectual property] ownership can be demonstrated and validated.”

Anyone who is selling a business can expect to invest significant time and money in the process because they will need to build rapport with the buyer and respond to their queries. But they shouldn’t focus on the sale to the extent that they take their eye off what’s happening in their business. “Your business needs to keep performing,” says Mr Driver. “You will increase your risk of failure if you stop doing what you do.”

THE ONE THAT GOT AWAY 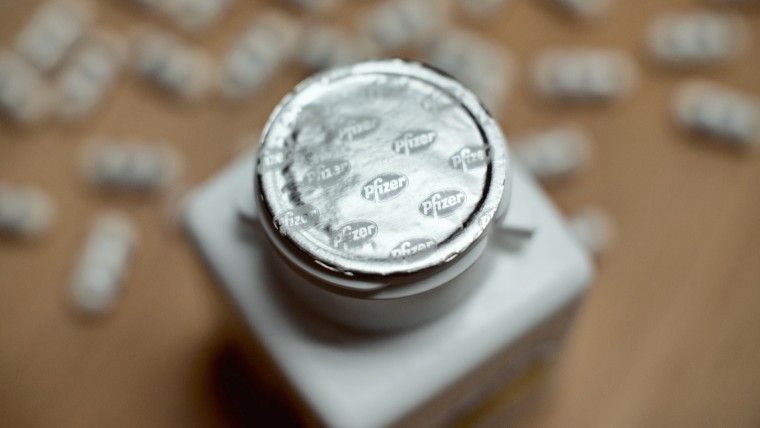 US pharmaceutical giant Pfizer’s attempt to take over its UK-based rival AstraZeneca was arguably the biggest M&A flop of 2014. It was also a public relations disaster.

If Pfizer had managed to pull off the £70-billion transaction, it would have created the world’s largest pharmaceuticals company. Instead, the deal came spectacularly off the rails in May after it attracted negative headlines and political scrutiny on both sides of the Atlantic.

At the heart of the controversy was Pfizer’s plan to follow a tax inversion strategy by transferring its headquarters to the UK in order to benefit from a lower corporate tax rate. Not only did the UK public disapprove of this, they also had concerns about the threat the deal posed to UK jobs and skills. A poll by trade union Unite found that just 14 per cent of people in the UK thought the deal was in the public interest.

So what can UK businesses in search of an overseas buyer learn from this debacle? Partner at corporate finance boutique Convex Capital, Mike Driver, warns entrepreneurs that they need to be cautious when it comes to tax-planning strategies. “I’d be very wary of people introducing you to tax schemes that seem too good to be true,” he says.

There is also a lot to be said for keeping your head down. There are still a number of deals taking place where tax-inversion strategies are a contributing factor. But because these deals have a lower profile than Pfizer’s proposed takeover of AstraZeneca, they are more likely to reach completion. As partner at corporate finance advisory firm Livingstone Partners, Daniel Domberger, puts it: “The larger the deal and the greater the political scrutiny, the greater the risk.”

On a final note, it is not inconceivable that Pfizer will come shopping for AstraZeneca again, although the chances of this happening have probably diminished after the US government tightened rules to discourage tax inversions.