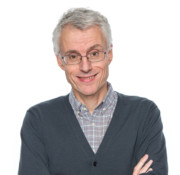 Thirty years ago, a strange new store opened in Britain. In a vast warehouse near Warrington, you could find a huge choice of flat-pack furniture with rather odd names and surprisingly low prices. And it all came with a Scandinavian ethos, new to British retailing – classless, design-conscious and very slightly weird. IKEA was a business with a purpose: to make good design affordable to most people. It had an ethos. In fact, it was not just a business, but also an idea.

IKEA is not alone. Other companies are also a bit different from the commercial norm, with a distinctive spirit that goes beyond the purely commercial. Think of John Lewis, with its non-adversarial approach to business. Or Muji, with its plain, unbranded branding. Or Apple, with its obsession with design. Or Channel 4, champion of difference. Or Disney, dedicated to family fun. Or Patagonia, with its highly sustainable approach to outdoor clothing. Or Virgin, setting out to change every game it plays in – most recently, Hyperloop travel.

All these organisations have a spirit, a soul, a meaning – a big idea. For employees, they provide a purpose beyond profit. For customers, they offer not just value but values for money.

A big idea is not the same thing as a vision or a mission. A big idea is a more organic thing, often not written down explicitly at all, but living in the instinctive ways that people in the business naturally do things in a company like Daimler.

And a big idea is not the same thing as a strategy or business model. It’s much more emotional, and usually lasts much longer. Johnson & Johnson has pursued its ethical approach to healthcare products since 1886.

Big ideas tend to have three characteristics. They’re radical – they want to change things for the better. They’re social phenomena, widely shared among employees and consumers. And they’re tangible: you can feel them in everything the company does.

So how do those organisations with a big idea benefit from it? A big idea is a powerful motivator. It gets both consumers and employees to buy into the organisation. Consumers don’t just do a transaction at Waitrose. Employees don’t just turn up for work at Toyota. Both make a lasting emotional commitment. The business value of this commitment is huge.

A big idea also gives a company something no one can copy. It’s not impossible to start an airline, but no one else can be Southwest. It’s cheap to make sports shoes, but impossibly expensive to become another Nike.

And a big enough idea lets you do all sorts of things. If your idea is bigger than your product, it opens the door to new kinds of product. The Virgin idea has grown from music through travel, banking and broadband to space travel.

A world too complex

But there are dangers in a big idea too. You could argue that the world is too complex for simple, single-minded big ideas. Indeed, there’s a widespread mistrust these days of anything big, from Google to the European Union.

In science, there’s a backlash against the old view that the best theories are the simplest, most elegant ones. In culture, there’s a view – recently expressed by the commentator Bryan Appleyard – that difficulty is good, and that simplicity is the tool of the tyrant. Could a big idea make you simple-minded? Or even tyrannical?

Maybe business is too complex for a big idea. John Browne, former head of BP, has said a CEO actually needs to have many medium-sized ideas in play, to handle the many dimensions of a large company. Entrepreneurs are often suspicious of a big idea – they want to keep every option open for their new product or technology. Could a big idea make you too closed-minded?

And perhaps people are too complex. Organisations working on their customer experience, using the art of human-centred design, know that they have to create thousands of different second-by-second touchpoints, responsive to different people in different moods – not a single big idea. Giles Lury, in his new book The Marketing Complex, argues that a business needs to offer multiple propositions to different customers in different cultures – not one big idea. Are big ideas too narrow-minded?

These are strong arguments. Yet maybe a time of complexity is just when we do need big ideas.

The complex world we live in needs radical change. Few could argue with this. Big problems like inequality, smaller challenges like money management, healthier lifestyles or less stressful travel – all need to change. And in each case, tinkering around isn’t enough: they need fundamental transformation.

Business can play a part in all this, and research we did for our most recent report confirms its potential. But it will need radical thinking. By ‘radical’ I don’t mean extremist but fundamental. Business needs to solve deep-rooted problems, and to find answers that work from the roots upwards. Apple’s Jonathan Ive famously said that to be to be truly simple, you have to go really deep. It’s equally true that to be truly deep, you have to be really simple. A complex system of concepts won’t motivate people to do things differently. To create radical change, you need a simple, deep big idea.

A big idea can be simple without being simple-minded. It can be a subtle, nuanced thing, like Smithsonian’s spirit of ‘exciting the learning in everyone’. Equally, it doesn’t have to be closed-minded. A big idea can be, in effect, not the flag on the summit, but the base-camp, inviting people to start on a journey, like Enel’s new big culture of ‘open energy’. And a big idea doesn’t have to be narrow-minded either. It can be a universal ideal, like Dr Reddy’s ‘good health can’t wait’.

More than ever, businesses need a big idea. A big idea to make complexity manageable. To direct a set of medium-sized strategies. To unify a multi-layered customer experience. To focus entrepreneurial energy. A big idea to enlist millions in the core task of businesses everywhere: making things better.