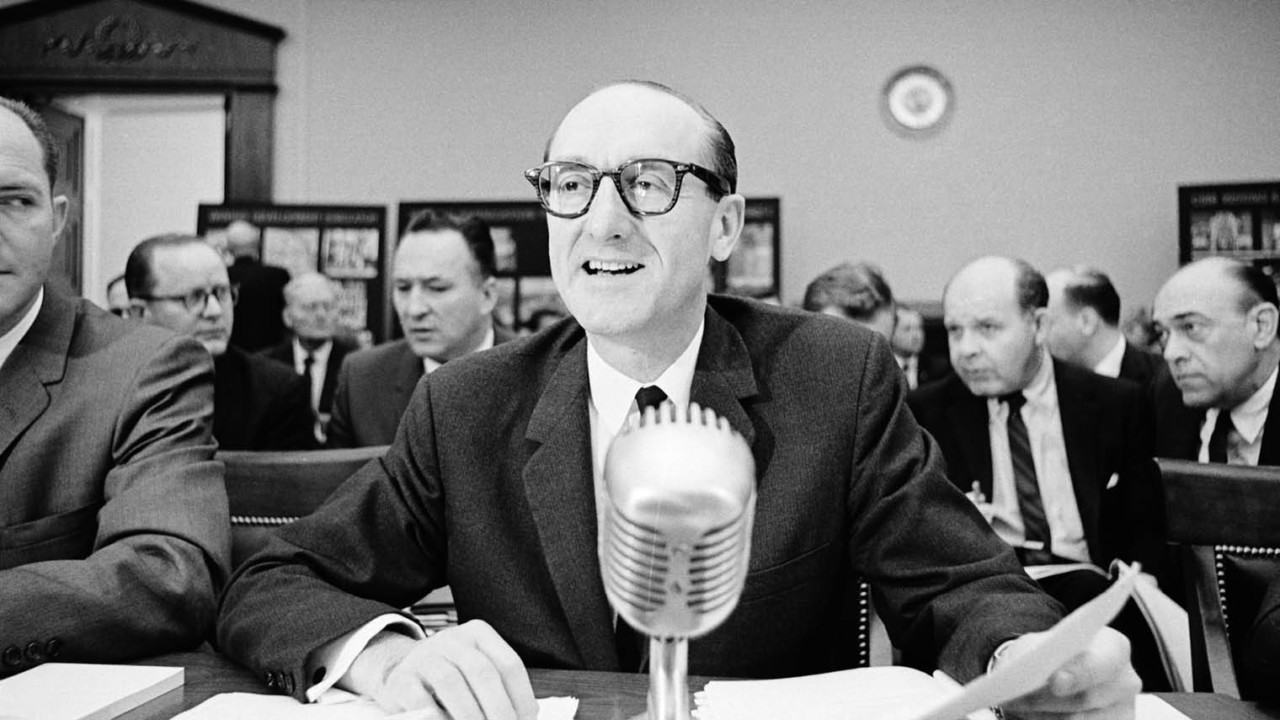 In May 1961, the month after the Soviets had won the space race by successfully propelling Yuri Gagarin into orbit, President Kennedy laid out his plans for a US riposte. In a speech to a joint session of Congress, which was broadcast on television and radio around the country, he said: “This nation should commit itself to achieving the goal, before this decade is out, of landing a man on the Moon and returning him safely to Earth.”

The man responsible for turning that very public ambition into a reality was Nasa administrator Jim Webb. But after two years, the programme began to run into problems. “By ‘63 there were a variety of criticisms,” says Professor John Logsdon, a former member of the Nasa Advisory Council and now professor emeritus of political science and international affairs at George Washington University. “People were saying that Apollo was a case of misplaced priorities.”

When faced with demanding deadlines, running tasks in parallel rather than in series, is one way of speeding things along

Mr Webb’s response was to bring in Dr George Mueller, a well-regarded physicist and engineer from technology company TRW. “The first thing Mueller did when he arrived in September of ‘63 was to commission an independent look at the state of the Apollo programme by a couple of Nasa veterans who weren’t involved in the management of the programme,” says Professor Logsdon. “They came back in a couple of weeks and said, ‘Everything’s screwed up – we’ll never make the end of the decade deadline with the programme as it’s currently configured’.”

In response, Dr Mueller pushed for a reorganisation of the Office of Manned Space Flight and introduced his now famous method of “all-up” testing.

Previously, under the stewardship of Marshall Space Flight Centre director Dr Wernher von Braun, sequential testing had been used, with individual stages of rockets tested in isolation. Dr von Braun’s team argued that launching several complicated untested systems together at once, as all-up testing demanded, would make it more difficult to pinpoint errors if anything went wrong.

But Dr Mueller was the more senior and implemented his streamlined system. He was proved right, of course, when Apollo 11 landed on the Moon on July 20, 1969 – a few months before the turn of the decade. Later, Dr von Braun wrote in an essay: “In retrospect it is clear that without all-up testing the first manned lunar landing could not have taken place as early as 1969. It sounded reckless, but George Mueller’s reasoning was impeccable.”

Professor Logsdon, author of John F. Kennedy and the Race to the Moon, says: “All-up was a willingness to accept higher risk. That’s where Dr Mueller excelled; he was able to make those judgments. But he was also tough and very articulate. He basically imposed his will.”

One colleague described him as “a double-whirlwind” and Professor Logsdon points out that he alienated a lot of his colleagues, leaving Nasa soon after the Moon landing. So Dr Mueller might not be the perfect role model for modern-day project managers in every respect. But, according to Emma-Ruth Arnaz-Pemberton, chairwoman of the Association for Project Management PMO specific interest group, his approach remains instructive.

“Because of the economy and our general way of life now, organisations increasingly want more for less,” says Ms Arnaz-Pemberton. She says that when faced with demanding deadlines, running tasks in parallel rather than in series, as Dr Mueller did, is one way of speeding things along. But, she adds, the most effective approach is to accept that there is no one-size-fits-all method.

“The most important thing is often to take time to take stock and work out what you can do about it. Things go wrong when organisations don’t do that and carry on with the wrong project. Stopping a project or changing direction is actually very brave and often leads to a better end-result,” she says.