Umicore is not a company that does things by halves. Two decades ago, this low-profile Belgian materials firm was a classic, old-school smelting company. Today, as a pioneering recycler of waste metals, it finds itself at the cutting edge of the so-called circular economy.

So why the shift? And what might others learn from its experience? The first question is simple enough to answer: the company’s management looked to the future, didn’t much like what they saw and resolved that it was do or die.

Why Umicore decided to change its business model

As Egbert Lox, Umicore’s head of government affairs explains, the Earth has a finite amount of minerals and metals to mine. Adding urgency to this long-term scenario was the increasingly less stable business environment faced by the smelting industry in the here and now.

In short, the company had to think afresh, as Dr Lox explains: “There was a real economic need to think deeply about another way of doing business and to explore another part of the value chain.”

That exploration led Brussels-based Umicore, formerly Union Minière, to move away from its historic roots in heavy industry and concentrate instead on developing clean technologies, such as emission control catalysts, and recycling precious metals, nicknamed urban mining.

The impacts of this strategic volte-face have been impressive. Last year, the firm recorded record annual revenues of €3.3 billion, while also signing off on a €460-million investment programme in China and Korea.

Sarah Bell, of the International Council on Mining and Metals, describes the company as a trailblazer for the metals sector, which has long been panned by environmentalists for its pollution record.

“Their work with the European car and commercial building sectors has led to 95 per cent of their aluminium being recycled,” says Ms Bell, who also praises the firm for being at the forefront of copper and nickel recycling from rechargeable batteries.

Business transformation doesn’t have to mean starting from scratch

The idea of ditching a tried-and-tested way of working in favour of something substantially different carries high risks, which is why most companies prefer to stick with the status quo or at most tinker around the edges.

Umicore’s Dr Lox understands the caution felt by company strategists, but he insists that business transformation need not be disorderly if the right management steps are taken.

As a first-hand witness to Umicore’s turnaround, Dr Lox’s list of must-dos is headed by two essential factors: consistency of strategy and continuity of leadership.

“From the start, we have kept with the same people with the same dedication and drive to make this work. So today we remain absolutely committed to the goals that senior management set back in the 1990s,” he explains.

That is not to say Umicore has not had to respond to changing market conditions or new business opportunities. It never anticipated investing in Eastern markets two decades ago, for example, yet this is where much of the action is now taking place in the materials sector.

Once the general direction of travel was set, the firm’s management has stuck to it. The setting of medium-term targets – five years ahead in Umicore’s case – has helped enforce such strategic discipline, he adds. 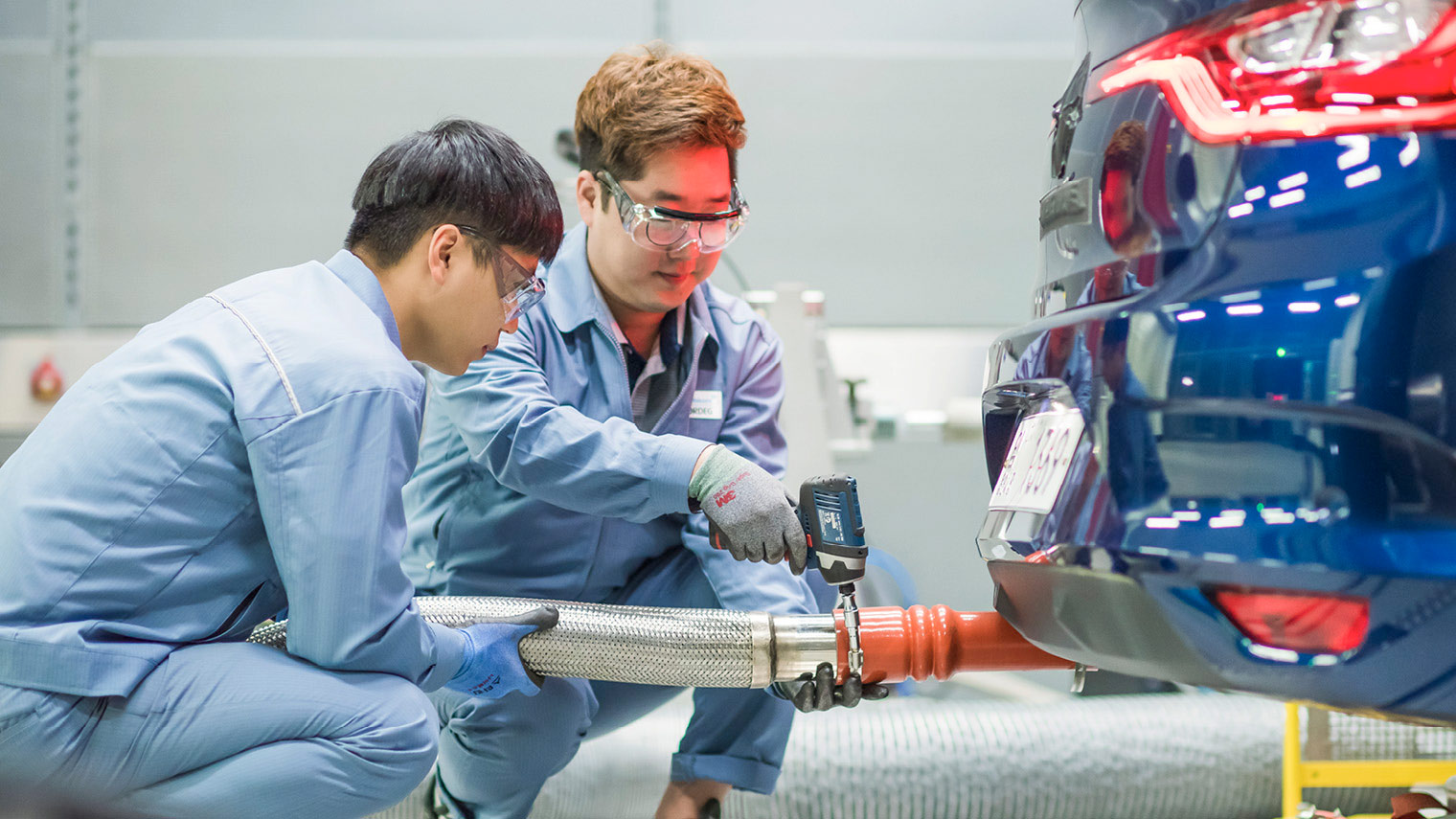 Umicore’s story of transformation points to two other determinants of success or failure. The first is a total dedication to developing new technologies. At 6 per cent of revenues, Umicore’s budget for research and development is three times higher now than it was in its old smelting days.

The second crucial factor is people. Employees need to be on board with any major transformation process; if not, any attempt at change will be thwarted from the start.

In line with Umicore’s experience, this may well entail kicking off with an overhaul in senior leadership. Thereafter, a thorough induction process and ongoing staff training around the firm’s new vision and values is vital.

The centrality of a company’s values in the business transformation process demands particular attention, according to Philippa Foster Back, director of the London-based Institute of Business Ethics.

In the choppy waters of corporate change, organisational values are the compass that keeps everyone on course, she suggests. Moreover, to be effective, they need to be not just spelt out, but lived by senior management.

“Supporting these values, through actions, not just words, especially from leaders, is the key to driving changes in behaviour,” says Ms Foster Back.

If the idea of a total strategic revamp still sounds daunting, then fret not; one salutary lesson from Umicore’s tale of radical change is that not everything needs to be done at once.

By Dr Lox’s reckoning, the company’s turnaround required about 15 years to effect, from a period of “emergency breaking” in the late-1990s, to a period of investing in new technologies, through to divesting non-core assets and bedding in new acquisitions.

Such a time horizon concurs more or less with the expectations of sustainability expert Eliot Whittington. As a director at the Cambridge Institute for Sustainability Leadership, he has worked closely with a range of companies looking to bring their environmental impacts to a position of net zero.

Most start out by adopting a ten-year roadmap, Mr Whittington says, although he is reluctant to be drawn on precise timelines. As he ruefully remarks: “Ultimately, it’s a balancing act; you’re essentially rebuilding the plane while flying it.”

Growth Strategies
5 ways to master agile collaboration
Leadership
Reviewing 2022 ⁠– business leaders reflect on a challenging year
Leadership
How leaders can win over agile working sceptics
Future of Work
What do generations Y and Z really want from work?
Leadership
Insights from the CEO who walked in on a cyber calamity
Marketing & Sales
How to advertise during a downturn