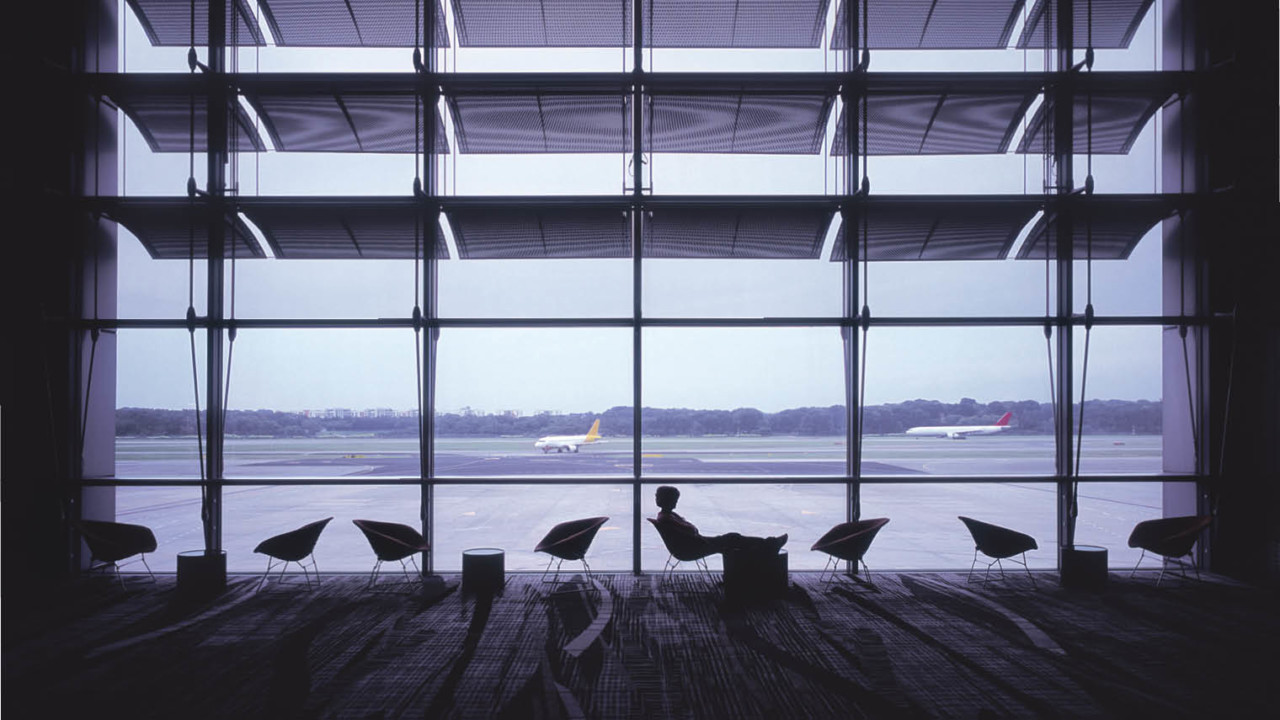 Imagine the scene: a flight arrives at Singapore Changi Airport from a provincial city in mainland China. On board a woman has been fighting for her life with a dangerously high temperature, aching muscles and serious respiratory difficulties. Upon arrival she is diagnosed with the deadly H7N9 strain of avian or bird flu.

With more than 100 airlines linking Singapore to 320 cities in 80 countries and territories worldwide, Changi is a phenomenal transit hub. A highly infectious disease like avian flu triggers an immediate emergency at the airport. But it is not sufficient to quarantine the ill woman to contain the disease, because many of her fellow passengers could also have been infected in-flight. And they have now passed through immigration and gone on to the collect their baggage from the carousel.

Each week, some 6,700 flights land or depart from Changi, while more than 54 million passengers travel through the airport each year and almost two million tonnes of freight are shifted annually. One highly infectious person in such an intense dispersal environment could wreak untold damage worldwide.

As an emergency remedial measure, the airport authorities decide, reluctantly, to shut the airport. All flights into Changi are diverted to airports in Malaysia, Thailand and Indonesia, while those preparing to depart are grounded. Similarly, all freight movements are suspended.

Imagine the devastating effect on the reputation of a sparkling international airport boasting a clutch of prestigious awards as Top Worldwide Airport, the World’s Best Airport 2015 and the Best Airport in Asia-Pacific. All those cancelled flights, all those redundant tickets, all that lost business, all the incalculable consequential liabilities, all that fear.

The authorities consider halting all air, land and sea traffic in the vicinity. As the news spreads, the finance and credit markets react nervously to the unfolding in crisis. And the stocks of aviation companies and leasing firms are negatively impacted by the event. In this nightmare scenario, the airport chief executive and several airline bosses separately face the daunting prospect of having to explain the consequences of the scenario live on TV. Bills get delayed or unpaid. The chorus of contract breaches is deafening.

So too are the insurance implications; these are pressing, the potential claims stratospheric. Who is the insurer of last resort in such a catastrophe? How can overlapping liability issues be resolved? Does anyone, anywhere have a calm, balanced insight into all the probabilities for such a doomsday scenario affecting Singapore Changi, one of the best organised airport hubs in one of the most dynamic economies on the planet?

The answer is, perhaps improbably, yes.

Preparing for the worst

Russell Group, the UK-based connected risk management and data analytics firm, is among organisations that highlight underlying risk volatility in the aerospace sector and continuously call for a more integrated approach to underwriting risk management by the insurance industry.

Suki Basi, Russell Group’s managing director, stresses the need to unify the often fragmented, siloed information stored by insurers in the aerospace “ecosystem” to help them intelligently assess risks posed by multiple “what if” scenarios, such as an airport being quarantined.

He says: “The insurance industry urgently needs to look at restructuring or ‘harmonising’ the data sets at its disposal to take into account the domino effect upon all liability, financial, operational and purely commercial ecosystems affected by a crisis. The absence of a wide range of potential events and their consequential knock-on effects in many scenario modelling exercises is quite alarming.”

As companies and organisations increasingly integrate across industrial sectors, geographies and cultures, they operate sophisticated supply chains and delivery systems to end-clients and markets. Event complexity and risk drivers, such as cyber threats, political change and violence, supply chain risks, natural perils and credit risks, can affect a corporate at multiple levels as the assets and activities at each level receive risk from the same event.

Connected risk can traverse through and across all industrial sectors by existing and contingent business relationships. Corporates can and will be exposed to these events.

The aviation industry is particularly open to the disruptive forces of connected risk because it links travellers, economies, businesses and insurers at the same time. An October 2016 IPSOS Mori global survey of more than 1,000 professionals across 75 countries responsible for their organisation’s travel policies found the vast majority had modified itineraries due to health or travel security concerns in the past year. This is a prime symptom of connected risk.

Clearly, business risk is of critical concern for corporates. The latest Cambridge Centre for Risk Studies’ Cambridge Global Risk Index predicts that this year the global economy will face an expected loss of $1.17 trillion as a result of increased connected risks.

Take this month’s co-ordinated international WannaCry ransomwear cyber hack against parts of the UK’s National Health Service and a range of other organisations in 150 countries. There is no clearer example of how the interconnected nature of public, private and governmental sectors are globally vulnerable to sophisticated digital attacks.

Exposures created by the growth of global connectivity demonstrate the need for scalable and integrated analytics and actuarial modelling capabilities that, underpinned by reliable data, can help transform 21st-century risk management into a real science.