With consumers searching for reasons to call out brands for unethical behaviour, companies are constantly on a knife edge when it comes to reputational risk 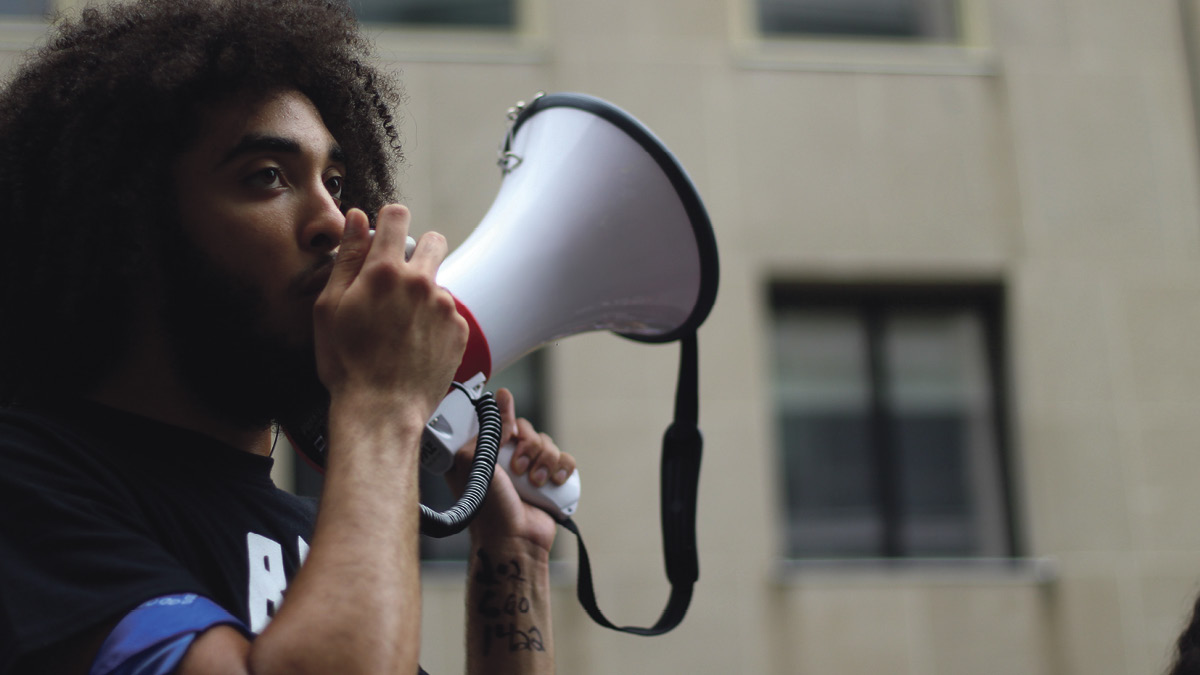 If you were to teleport a brand executive from the 1950s and set them to work on a 21st-century edgy product, they would probably have a heart attack within five minutes of starting the job. At no point in history have brands operated in such an unpredictable and unruly market. With the power balance now shifting to the digitally connected public, it’s ultimately a hostile environment.

“Gone are the days when brands could pull the wool over customers’ eyes. Consumers are more questioning, demanding and proactive than at any point in time. An innocent mistake can escalate to a brand-breaking headline within hours,” says Michelle Du-Prât, executive strategy director at Household.

Whether it’s the brand and reputational risk of the Duke of York following his BBC interview or Pizza Express after Prince Andrew used their Woking restaurant as an alibi in the Epstein scandal, crisis situations can hit at the speed of a mouse click or Instagram post. Spoof reviews of the restaurant chain were taken down immediately, while the royal brand is still calculating the fallout.

Truth, transparency and clarity on values will underpin long-term brand equity and growth. Be human, be kind, be credible

“There are so many uncontrollable outlets for news, it’s a major challenge to get on the front foot. Historically you could hide, today if you don’t create your own narrative, someone else will for you and they’re probably not going to be friendly,” says Nick Cooper, global executive director for insights and analytics at Landor.

Just ask Chick-fil-A, in Reading. The opening of its first UK restaurant didn’t go to plan. In October the American fast food chain was told to “cluck-off” by campaigners protesting over the company’s poor record on LGBT rights, no doubt amplified by the internet.

“The online and offline landscape requires a 360-degree approach to risk and crisis management, from digital through to physical brand presence. It doesn’t help that social media can sully a brand instantly. A Twitter mob can bring a brand down based on flimsy claims taken out of context, while a Twitter craze creates a viral sensation,” says Ms Du-Prât.

When it comes to brand reputation and risk, especially with crisis management, there are headaches to be found everywhere. If the always-on, omnichannel landscape is enough to cause heart failure in a teleported 1950s executive, it can generate paralysis in today’s business climate. Yet doing nothing isn’t an option.

“In a world of unlimited content and noise, brands are most at risk from irrelevance. There’s definitely strength in proactivity. An overt focus on protecting reputation shouldn’t make brands risk averse when they should be winning hearts and blowing minds, challenging the status quo and moving the dial,” says Ashley Bendelow, managing director of Brave.

For example, Protein World infamously spent very little on its Are you beach-body ready? campaign featuring a woman in a bikini, which many claimed objectified women and was socially irresponsible. Yet the ad generated huge exposure and, despite the offence, sold extremely well. Meanwhile, when KFC experienced its chicken shortage, closing stores, its FCK campaign and subsequent apology was a brave, well-received approach.

“It demonstrated humility, but it was also very funny. It’s harder to be angry when you’re laughing. Crucially, brands should proactively mitigate risk rather than be constantly on the backfoot,” Mr Bendelow explains.

The only way is ethics

Brand reputation and risk have shifted, coalescing with how we feel about companies as a whole. Trust and brand loyalty over time mean everything. “It’s important to see brands not as a separate entity to a business, but as inextricably tied to it. Gone are the days when the brand would be a communication umbrella for the business,” says Manfredi Ricca, global chief strategy officer at Interbrand. 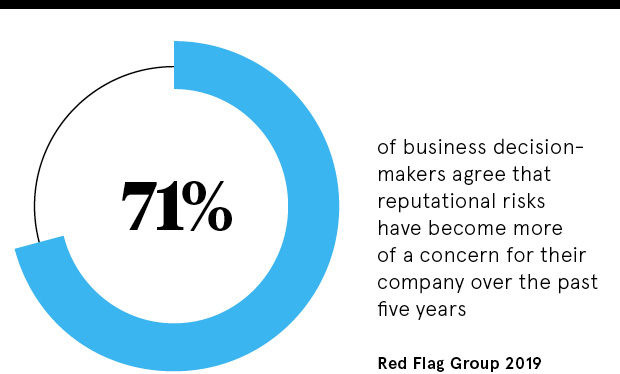 “Transparency and reduced information asymmetry mean increasingly your brand is about what you do and are, not just what you say; and your business is about trust, not just delivery.”

In fact, customer experience is now at the heart of brand equity and is dependent on an accumulation of interactions. The bigger picture has never been more paramount. This is what digitally native vertical brands are good at. It means companies must put the needs of the consumer at the heart of what they do and this isn’t a bad thing.

“In such a commoditised commercial landscape, consumers are looking for reasons to disregard brands and limit the choice paralysis many feel,” says Fergus Hay, chief executive of Leagas Delaney. “This is now the era of ethics for brands where truth, transparency and clarity on values will underpin long-term brand equity and growth. Be human, be kind, be credible.”

A case of ‘call-out’ culture

You have to love Estée Laundry, an Instagram account that spotlights the insanity it sees daily in the global beauty industry. The bane of industry players and joy of superfans, it tells it how it really is on diversity issues to copycat behaviour. The same is true for Diet Prada on fashion. Watchdog culture is in rude health, whether it’s lambasting Kim Kardashian for an insensitive underwear line called Kimono and a case of cultural appropriation or Rihanna’s cosmetic line named Geisha Chic. “Brands are only one slip away from major reputational damage,” says Benoit Soucaret, creative director for Europe, Middle East and Africa at LiveArea. “But this can be looked on as an opportunity for the modern brand.” Increasingly Generation Z and younger are vocal critics of businesses that get it wrong, but they’re also advocates when they get it right. “The ‘Greta effect’ is real. Being a positive force in the world isn’t just gestural, it’ll also boost the bottom line. Offsetting emissions, reducing plastics, hiring with diversity in mind are all things that consumers expect. To avoid being called out, brands need to be the change their customers want to see in the world,” says Ashley Bendelow, managing director of Brave.