A couple of years ago the National Outsourcing Association conducted a poll. One big finding stood out. A whopping 80 per cent of the general public did not think outsourcing was beneficial to the UK. “Outsourcing has an image problem,” wailed the NOA. “It’s a dirty word, in many people’s eyes.”

Which raises the question why? Sure, there are some problematic deals from time to time. These are picked up by the press, much as a person falling down a man-hole is more newsworthy than people routinely not.

But outsourcing is a fact of life – always has been. Only the most eco-obsessed person grows their own food, generates their own power and weaves their own clothing. The rest of us outsource to companies specialising in those departments. It’s just what happens.

In the private sector, firms outsource routinely. When financial advisers Hargreaves Lansdown outsourced the development of its mobile app to Mubaloo, it was to access technical expertise. Hargreaves Lansdown had an in-house team of app developers, but they wanted to focus on the niche areas they understood best. Mubaloo built iPhone, Android and iPad apps. The iPad app resulted in a 17-fold traffic uplift from the device in 2013. Who could possible object to such an arrangement?

Sometimes the outsourcing is done to tap into scale. Charities often used to run their own call centres to handle donations and other inquiries. Running a call centre is a tricky business though. So many prefer to outsource to a specialist, such as Connect Assist, a social enterprise founded by Patrick Nash. Located on the outskirts of Cardiff, Connect Assist employs 110 people who handle calls for a variety of charities, such as the Royal British Legion, the National Council for Voluntary Organisations and Barnardo’s.

When customers ring the Royal British Legion, they will be unaware they are talking to a specially trained Connect Assist staff member in Cardiff. Many of the call handlers are ex-servicemen and women. Connect Assist handled 1,400 calls in the first month of its agreement with the British Legion, a volume which would have stretched its own in-house capacity to breaking point. The Connect Assist service is 24 hour, another plus.

How would doubters of outsourcing characterise this particular contract? Rapacious capitalism? Connect Assist’s founder, it should be noted, has set up 14 charities and social enterprises in his career.

Often an outsourcing deal occurs because another firm has a technology breakthrough which will be impossible for the client firm to replicate. Vodafone Ireland uses Brite:Bill’s online billing service because it beats any system Vodafone has developed in-house. Makes sense, doesn’t it?

Outsourcing is a fact of life – always has been

Outsourcing can help businesses diversify. When domain registry and hosting firm Names.co.uk wanted to add a website builder to its customer offerings it went for a white-labelled version of BaseKit’s product. BaseKit makes it easy for non-technical folk to create websites. The customers of Names.co.uk may not be aware they are using an outsourced service. If they were, they might be more inclined to recognise the contribution made by outsourcing models.

Technology outsourcing can be found all the way to the top end. Iridium satellite phones are used by oil, maritime and defence industries across the globe. The satellite network connecting the calls cost $6 billion to launch. Since 2003, Iridium has partnered with Cambridge Consultants to work on the next generation of phones. Iridium uses Cambridge Consultants’ radio design teams when it needs, reducing overheads and expanding design capacity on a flexible basis. The relationship is now in its eleventh year, proof that both parties feel the arrangement is of mutual benefit.

The reputational problems of outsourcing stem partly from government contracts. Here a few bad deals can sour the industry’s image. Yet there are so many positive stories. In Milton Keynes the council is working with Tech Mahindra to create a “smart city”. The bins report their capacity, so collections can be routed in the most efficient way. The luminosity of street lights can be managed from a central command. Electric vehicle charging points are being constructed. Water meters are being installed in houses so homeowners can see consumption on their mobiles.

Many of these technologies are also being trialled simultaneously in Jaipur, Melbourne and Dubai. The council would have great difficulty implementing these changes by itself, as its councillors freely recognise. If the new approaches deliver value for money, other UK councils can adopt them.

These deals are normal outsourcing deals. Maybe they are too dull to make the 10 o’clock news. Contracts which quietly deliver value for money rarely do. The industry would do well to publicise them a little more. And maybe relax when a negative survey delivers grim news. If the general public really saw what normally goes on in outsourcing there would be choruses of praise. 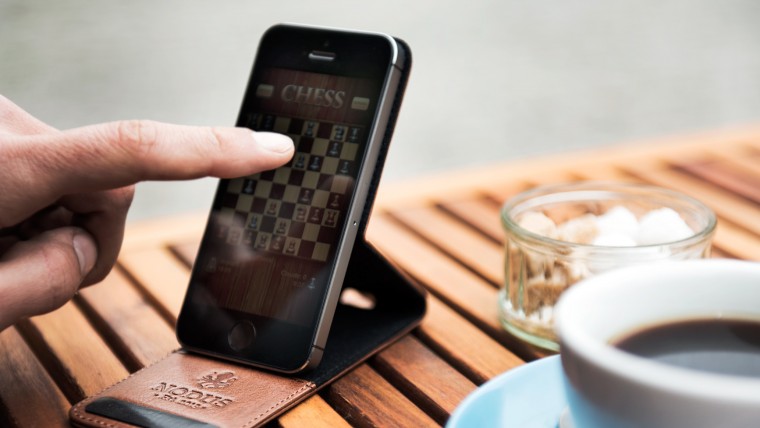 Nodus is a young firm making hand-crafted Italian leather iPhone and tablet cases. It sells online and needed to find the most efficient way to handle deliveries. The solution was to outsource its warehousing and fulfilment operations to Core Fulfilment.

The model is simple. Core Fulfilment receives products directly from the Nodus workshop in Cornwall. Once the delivery arrives, each item is checked by the Core Fulfilment team and given a unique reference code so that its progress can be tracked and recorded throughout the fulfilment process, from the moment the product arrives at the warehouse to the customer’s door.

Once an order has been placed, Core Fulfilment packs the item in Nodus-branded packaging and passes it on to the appropriate carrier partner to deliver to the customer as quickly as possible.

Alex Boswell at Nodus says it was vital to find a solution that would produce reliable and trustworthy results for customers. “It only takes one bad delivery to sour a customer relationship,” he points out.

He says outsourcing was pretty much the only option. “Empty packaging alone requires significant storage space. Similarly, organising deliveries can be a drain on man-hours – taking each item to the post office was definitely not a viable model.”

Running a newly established e-commerce business, Mr Boswell and the company’s co-founder Jack Spencer, had a lack of established relationships with delivery partners, which often enable deals to be made. “By outsourcing with a specialist service provider, you gain access to expertise and contacts that can be invaluable to your business,” says Mr Boswell.

It was important from the start that any fulfilment business they partnered with didn’t dilute the Nodus brand and levels of service remained consistent.

Mr Spencer adds: “I was slightly apprehensive as first. It was vital that everything that was happening behind the scenes aligned with our company values and the expectations of our customers. The nature of the service also had to be scalable as we grew, as we didn’t want to have to face the cost or risk of taking on additional staff later down the line. We contacted various fulfilment firms to see what options were available, but decided to partner with Core Fulfilment because their costs were so transparent and we knew what we were getting.”

His verdict? “The majority of Nodus customers are unaware that customer service inquiries are handled by the Core Fulfilment team because the communication we have with them is so seamless. They really are an extension of our own team and we feel confident that we can leave them to it.”