The tradition of doing business in person – attending meetings, closing company deals over a handshake or meeting a potential customer for lunch – can be a burden not just to jet-lagged business travellers themselves, but to the environment.

Each trip, whether it is a transatlantic flight to a conference or a day spent in cabs meeting clients, generates CO2 and can therefore swiftly ramp up a company’s carbon footprint. Businesses which consistently pump out high levels of greenhouse gases are falling under growing state and public scrutiny: since 2013, UK companies listed on the London Stock Exchange have been required to declare their carbon emissions to the government.

Reducing corporate carbon footprint means reviews across the board

It makes sense to review corporate travel, then. But shifting towards carefully managed, low-carbon travel requires changes in behaviour not just from businesses, but from airlines, hotels, travel management companies (TMCs) and travellers themselves.

One big opportunity to decarbonise corporate travel lies with TMCs that arrange travel on behalf of businesses. With responsibility for the travel plans of potentially millions of travellers, these firms are in a unique position to influence the corporate carbon footprint.

Yorkshire-based TMC Good Travel Management has overseen business travel since the 1940s. Head of sales Wayne Durkin estimates business travel typically represents 50 per cent of a company’s greenhouse gas emissions and notes that in recent years he “has noticed a much greater demand from our clients regarding understanding the impact that their business travel activity has on the environment”.

Changing attitudes to corporate travel may sound like a threat to this kind of company, but Mr Durkin says their work has simply evolved as a result of requests for greater carbon data and transparency. “We’re providing analysis on the CO2 emissions generated from a company’s travel programme and we also initiate relationships with carbon-offsetting companies,” he says.

They are educating travellers to make smarter choices too. Good Travel Management’s travel booking system now suggests the alternative of a webinar whenever a one-day trip is requested and flags up alternative, lower-carbon travel methods, such as taking the train rather than booking a flight from London to Glasgow.

Flights are by far the biggest corporate travel carbon culprit, with the already mentioned London to Glasgow return flight generating an estimated 160kg of CO2 per traveller. To meet tightening government legislation and to retain business, airlines are responding with lower-carbon fuels.

British Airways, which has committed to cutting its net CO2 emissions by 50 per cent by 2050, has partnered with renewables company Velocys to build a plant to produce fuel from household waste, which it says will emit 60 per cent less carbon than traditional jet fuel. Rival Virgin Atlantic has paired with tech firm LanzTech to create an aviation fuel which it says will generate 50 per cent less carbon than fossil fuels. 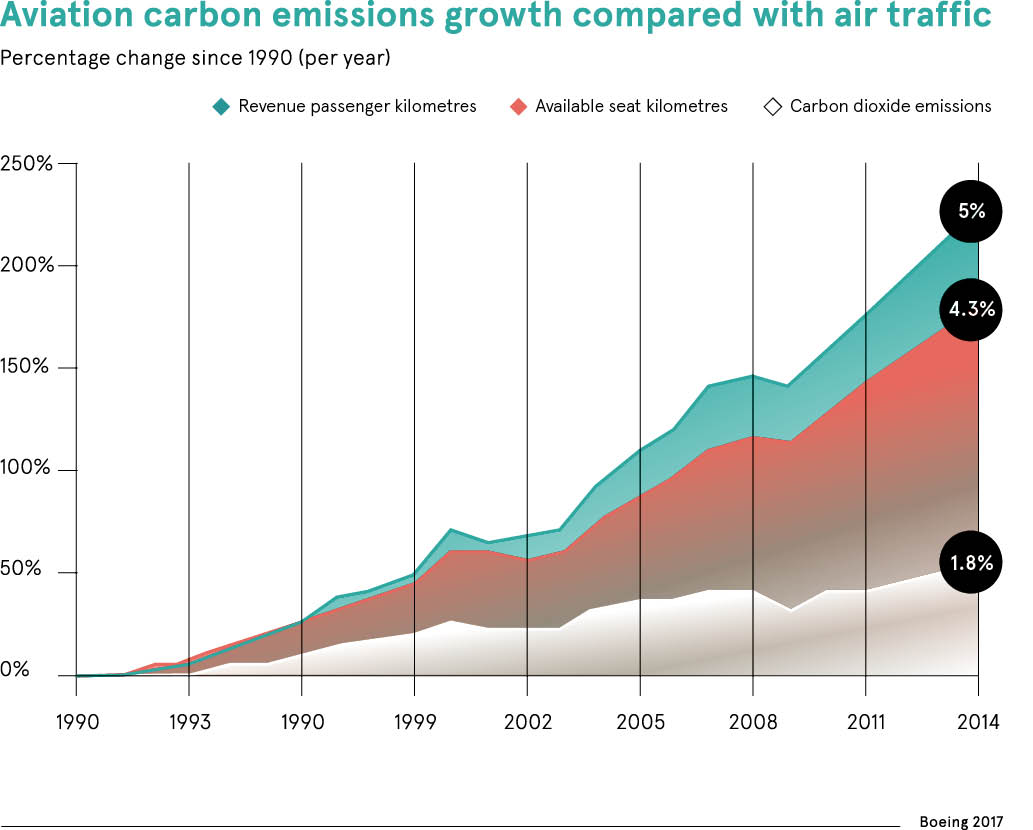 Improving your company’s carbon footprint doesn’t stop at the airport or train station though as travelling staffers will need somewhere to stay. The hotel industry is adapting by installing technology such as low-flow toilets and shower heads, rainwater harvesting systems and motion-sensing lighting. Such moves are a bid to attract not just environmentally conscious tourists, but also to win lucrative preferred-provider status among corporates and TMCs with carbon-reduction targets to hit.

Another CO2-intensive travel activity falling under increased scrutiny is laundry. Typically, hotels use a huge amount of water as well as high amounts of energy to meet their laundry demands. To tackle this, companies such as UK firm Xeros are introducing a process for the hotel industry called bead cleaning. The technology uses millions of tiny polymer beads to remove stains from fabrics rather than water, which Xeros claims cuts water consumption by up to 75 per cent.

Ultimately companies will choose profit over their carbon footprint

There is also the option of simply not travelling; surely the lowest carbon option of all. Mr Durkin warns, however, that companies will ultimately choose profit over their carbon footprint. “Business travel to drive company profits and growth will take priority over environmental impact,” he says.

Some multinationals are already working to try and unpick this perceived relationship between travel and business growth. Global accountant PwC estimates business travel is the single biggest contributor to its carbon emissions, at 53 per cent. Bridget Jackson, head of corporate sustainability at the firm, which has offices in 157 countries, says travel and business growth should no longer have to go hand in hand.

By equipping our people to use technology to collaborate from anywhere, at any time, we’ve been able to decouple our business growth from our environmental impacts.

Ms Jackson says: “By equipping our people to use technology to collaborate from anywhere, at any time, we’ve been able to decouple our business growth from our environmental impacts.” Efforts to reduce corporate travel have not hit company income. “From 2007 to 2017, our revenues grew 44 per cent while greenhouse gases related to our business travel dropped 4 per cent,” she says.

Mr Durkin predicts that even if corporates are slow to adapt, change may soon be led by business travellers themselves, particularly the young people who will grow up to become the next cohort of corporate travellers. He concludes: “It will be interesting to see if the next generation of business travellers, who are much more environmentally aware, will start to look at ways to reduce their companies’ carbon emissions.” 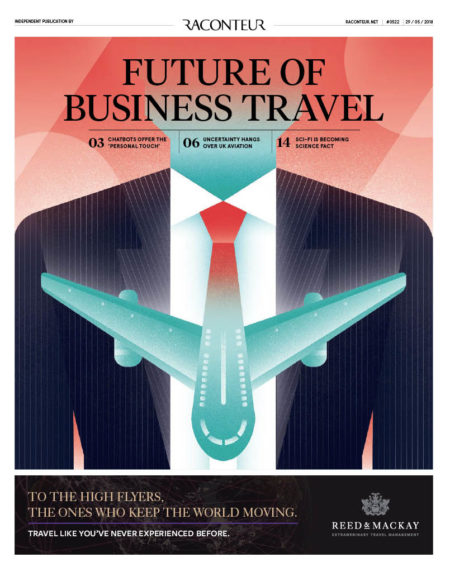