From Volkswagen to TalkTalk, companies are learning that a brand’s reputation is hard won, but easily lost.

The damage to a brand’s public esteem from a scandal, disaster or accident can be devastating and long lasting. Some businesses never fully recover, as in the case of consultancy Arthur Andersen which saw its reputation hit by association with the fraudulent operations of Enron back in 2001.

In today’s environment, with the explosion of social media platforms, chat boards and online review sites, reputation has become far more fragile and can be tarnished even more rapidly than in the past. A corporate disaster can be widely discussed on Twitter before the company’s chief executive has even found out about it.

The insurance industry is waking up to the possibilities of covering companies for the loss of brand reputation in the event of such disasters. While historically, companies tended to derive most of their value from physical assets, such as buildings and machinery, today intangible assets, most notably brand reputation, make up the lion’s share of value for many of the world’s biggest businesses.

Insurer Tokio Marine Kiln offers policies that compensate companies for negative reputational events that can affect brand sales. That could include a product recall, a cyber breach or a case where a celebrity sponsored by the brand becomes discredited. 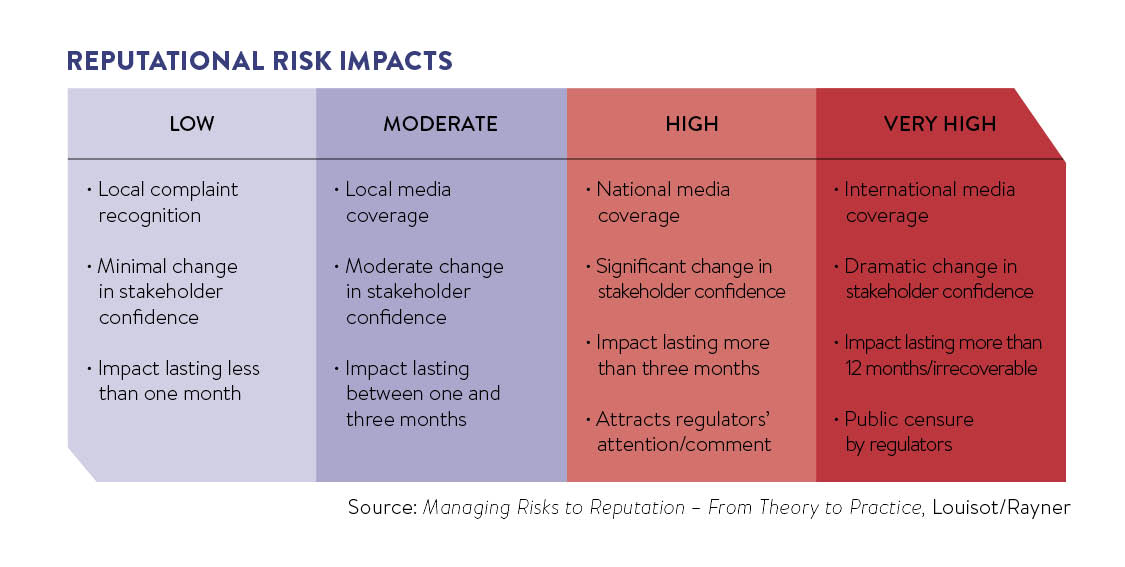 Innovation director Thomas Hoad gives the example of plain T-shirts which would normally sell for, say, €5. The moment you put the picture of a celebrity on them, they might sell for €25. But if the celebrity became involved in a scandal, the company might lose all or a substantial part of their expected sales of the T-shirts.

The Tokio Marine Kiln policy would cover the losses associated with that scandal, up to a maximum of $25 million per policy. Mr Hoad says reputational insurance has sold well since his company introduced it five years ago, though he believes many companies are reluctant to reveal they have this coverage.

“Alerting the public to the fact they have got it in a time of crisis is not a good idea,” he says. “It is very sensitive.” This could be especially true in the event of an accident in which people are seriously injured or killed.

While some brand-tarnishing events may be unpredictable and unavoidable, companies need to get better at risk management, says John Hurrell, chief executive of risk managers body Airmic.
The organisation has published in-depth research into reputational damage with its report Roads to Ruin outlining 18 of the most striking recent examples of companies brought low by reputational damage. “We found that in almost every case, the most catastrophic failures would have been survivable had there been better risk management,” says Mr Hurrell.

Company boards may be made aware of the risks facing their businesses by risk-mapping, which are graphic illustrations of foreseeable events and their likely impact. But these risk maps are limited by the ability of risk managers to imagine scenarios, so may miss both the unexpected events and the most obvious failures which often bring companies down.

Companies need a sophisticated crisis management strategy in place, for instance, knowing in advance which executive in the company will be able to comment to the media and ensuring the situation is quickly contained by suspending relevant activities. Some companies have practice run-throughs of their crisis management strategies to make sure they will be ready to act if the worst happens.

But Mr Hurrell believes many companies are failing to take the right steps to protect their brand reputations. “They are making very comforting noises about how important it is. Our members say their boards are putting it on the agenda, but you pick up a newspaper and organisations are failing,” he says.

Reputational damage can be from self-inflicted wounds, such as Volkswagen’s fuel emissions scandal, which has dented profits at the world’s second-largest car maker and wiped $10 billion off its brand value, according to brand valuation company Brand Finance.

Or the damage may stem from the acts of a malign player. TalkTalk estimated it lost more than 100,000 customers after a serious data breach led to the credit card details of thousands of customers being stolen.

Alternatively, it may be a product recall, as happened to Toyota, or a terrible accident as in the case of BP’s Gulf of Mexico oil spill. Many business people will be thinking, “There, but for the grace of God, go I”, and wondering how they can diminish the likelihood of such disasters occurring and manage them if they do.

For many businesses, the task of managing reputation falls to the public relations and marketing departments. However, a crisis that damages a brand will probably emanate from a different part of the business, usually operations, data-handling or from somewhere in the supply chain. So brand reputation needs to managed in a far more proactive fashion.

As John Ludlow, senior adviser at Alvarez & Marsal, says: “You have lots of people in communications listening to what newspapers and Twitter are saying and responding to it. That’s not the best way to react over time. You shouldn’t just be relying on the comms department to bat away nasty stories, you need to grow a capability in the company that understands and predicts the risks.”

He says reputation needs to be understood in a much broader sense, as something that affects the entire company, so every department needs to learn how to manage risk and minimise reputational damage.

As digital communications increases corporate transparency and allows the public an ever-greater ability to influence brand reputation, businesses need to take heed. Brand reputation is one of the most valuable assets many companies have, so they need to make sure it is well protected. 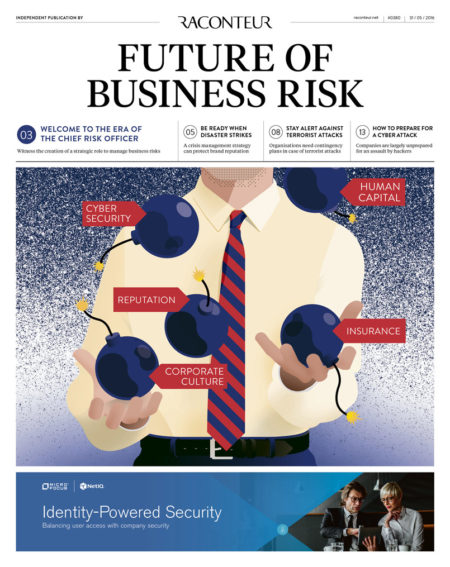